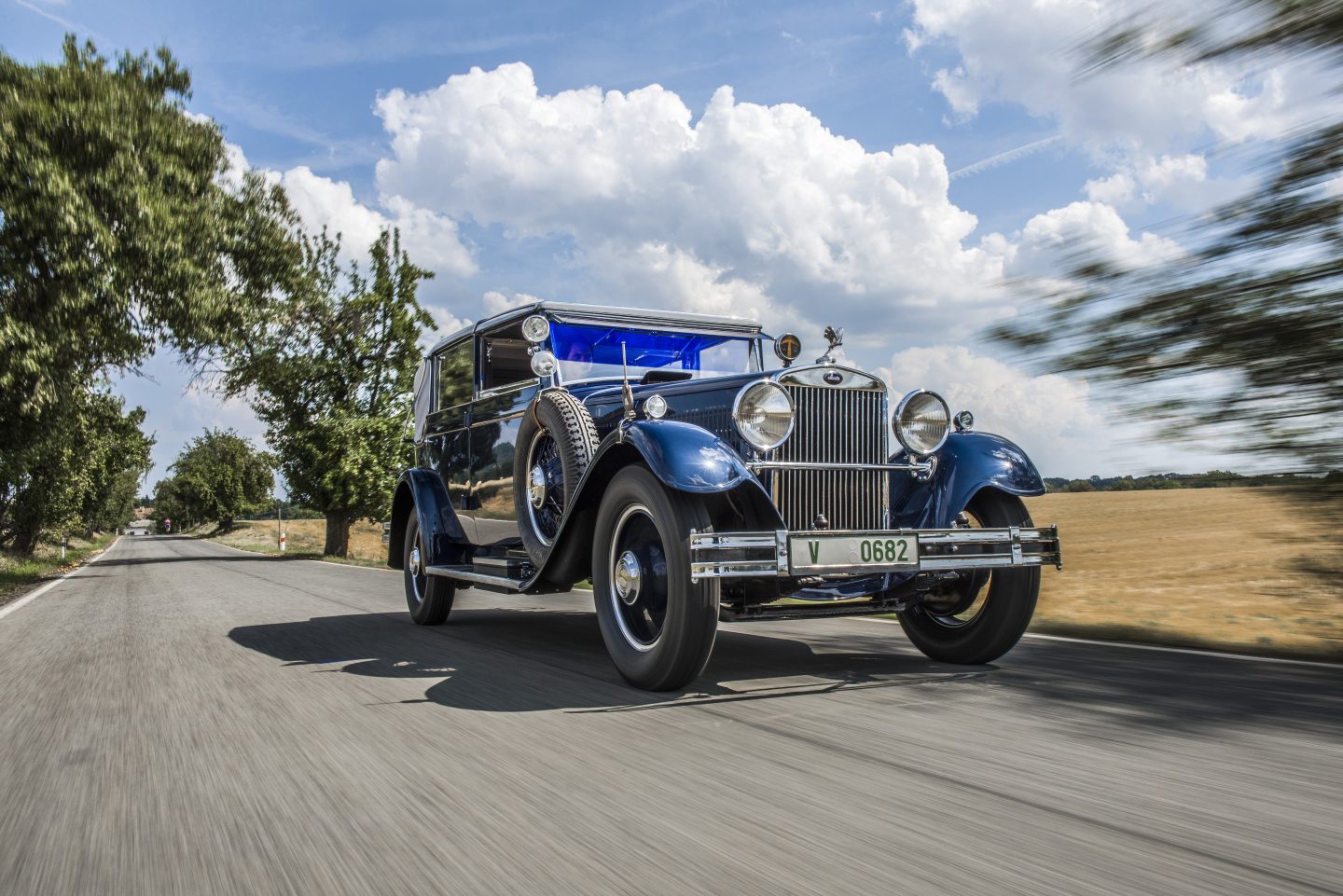 › The exhibited ŠKODA 860 is the only surviving convertible in the series
› The ŠKODA 860 features a particularly smooth and flexible eight-cylinder in-line engine
› Highly innovative equipment details: Partition behind the driver’s seat and inclinometer –
a forerunner of today’s gear shift indicator

Mladá Boleslav, 25 October 2018 – For the 100th anniversary of the founding of Czechoslovakia, ŠKODA AUTO presents the ŠKODA 860, a freshly restored gem in its museum collection. The 1932 exhibit is the only surviving convertible in the series and characterizes the traditional Czech brand’s golden age. The model set the standards of its day in terms of features, driving comfort and performance. The smooth-running eight-cylinder in-line engine boasted a high degree of flexibility for its time. The ŠKODA 860 is now part of the permanent exhibition of the ŠKODA Museum in Mladá Boleslav.

The ŠKODA 860 impressively demonstrates the high level of engineering competence that the Czech automaker had achieved by the pre-war period. Passenger cars with eight-cylinder in-line engines were popular in the first half of the 20th century and were especially appreciated for their smoothness. The designers in Mladá Boleslav built the ŠKODA 860 on the technology first developed in 1907 with the Laurin & Klement FF, probably the first eight-cylinder in-line engine in Central Europe. To reduce the vibrations in the engine, the engineers utilized a nine-bearing crankshaft and a Lanchester vibration damper. The flexibility of the 4-stroke petrol engine with 3,880 cc displacement is still impressive today: The 5.5-metre-long vehicle can accelerate from walking pace in its third and highest gear, with a top speed of 110 km/h. The brake system with a vacuum brake booster is also extraordinary for its time.

The ŠKODA 860 from the museum collection is the only surviving convertible in the series. ŠKODA has extensively restored the vehicle over the past two years, placing great emphasis on fidelity to the original. The restorers renewed the paintwork, roof cover and seat upholstery, as well as making minor repairs to the wood construction and bodywork. Today, the roadworthy exhibit shines in new splendour: visitors can view the model at the company’s headquarters in Mladá Boleslav as part of the ŠKODA Museum’s permanent exhibition.

The ŠKODA 860 offered some highly innovative equipment for the ’30s, such as the dashboard inclinometer, which is considered the predecessor of the modern gear shift indicator. On inclines or slopes, the meter recommends shifting down in advance, then once driving again on level ground, gives the recommendation to shift up. Another feature is the retractable glass panel, which can separate the driver’s cabin from the comfortable passenger compartment and can therefore ensure discretion whenever necessary. Even during this period in the traditional Czech brand’s history, the models boasted above-average space: for example, up to three adults could sit comfortably on the upholstered back seat of the ŠKODA 860, and thanks to the generous legroom, two foldable seats could be installed so that children or accompanying personnel could also sit in the rear. The high level of driving comfort was enhanced by the heating elements integrated in the floor, armrests and footrests, as well as cigarette/cigar lighter and roller blinds on the side windows.

The ŠKODA 860 made its debut on October 23, 1929 at the Prague Motor Show. At the time, this
model was the top-of-the-range passenger car from the Mladá Boleslav brand, produced on an assembly line in a modern factory. The type designation indicates the number of cylinders and engine power. The basic model, the ŠKODA 422 with a four-cylinder engine, had an output then of 22 hp (16 kW). Equipped with an eight-cylinder engine, the ŠKODA 860 had an output of 60 hp (44 kW) at 3,000 rpm. The vehicle was built around a sturdy lead frame – long, wide leaf springs with hydraulic shock absorbers supported the two rigid axles. The chassis of the ŠKODA 860 weighed 1,460 kilograms without the body; the complete car weighed around two tonnes. By the summer of 1931, a total of 49 chassis had been built, the final two receiving bodies in the spring of 1933. Despite the high- quality equipment and impressive engine performance, the ŠKODA 860 was not hugely successful mainly due to the global economic crisis. The starting price for the saloon was 125,000 kroner, the convertible started at 140,000 kroner. In addition, ŠKODA offered at that time the so-called Faux Cabriolet, i.e. ‘false convertible’. The car had a solid roof, but from the exterior it had the appearance of a folding roof. Wealthy customers had their vehicle customized by specialist coachbuilders, such as the Prague company J. O. Jech or Theodor Petera in Vrchlabí. The latter was located in what is now a ŠKODA AUTO plant.

The unique open-top model originally served as a demonstration car and has been part of the ŠKODA Museum collection since 1998. Today, there are very few fully preserved ŠKODA 860 saloons in existence. Among the surviving models there is one fire engine and one Faux Cabriolet.

More photos of the ŠKODA 860 can be found on ŠKODA Storyboard. 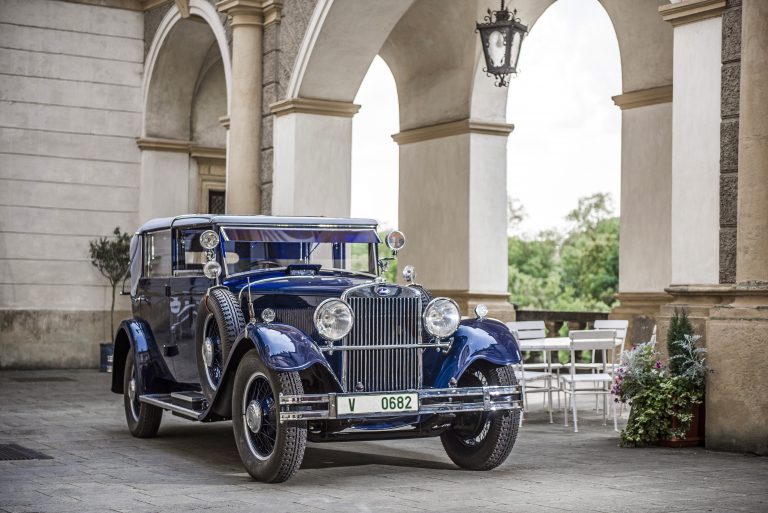 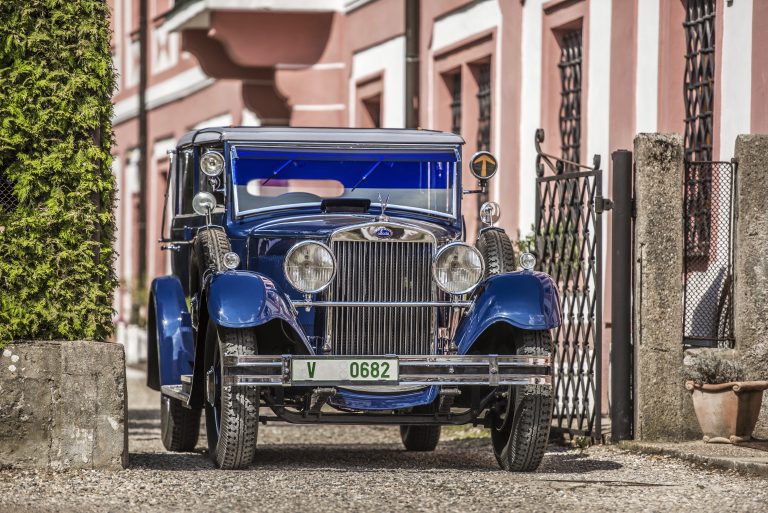 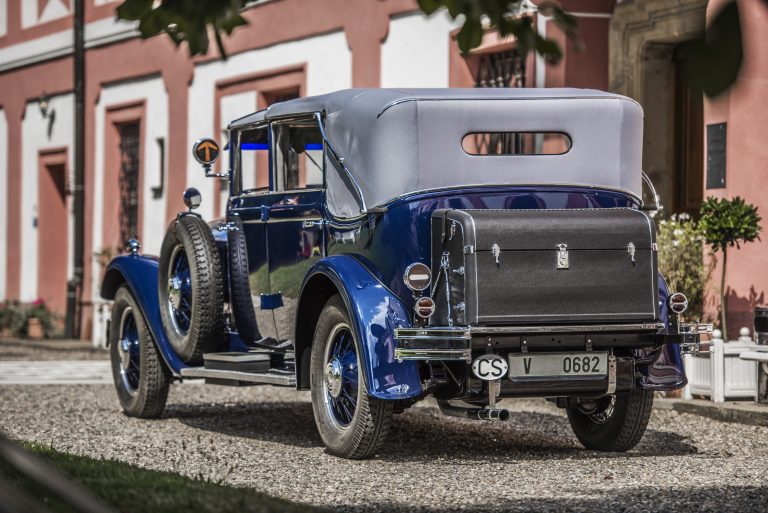 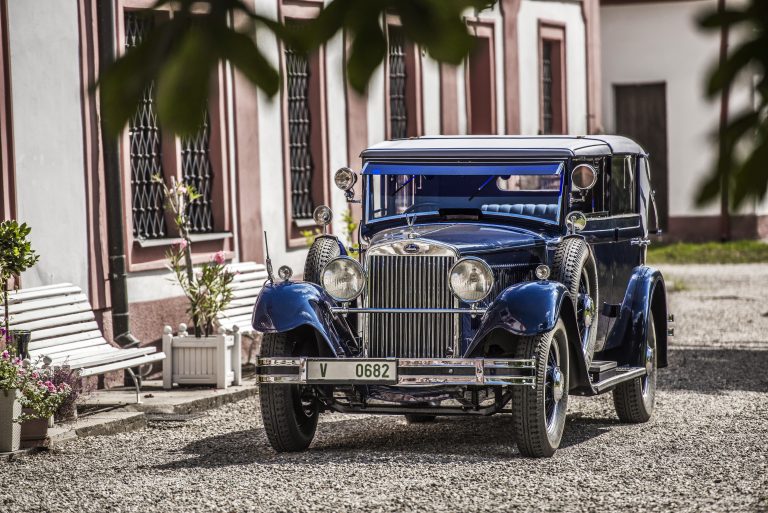 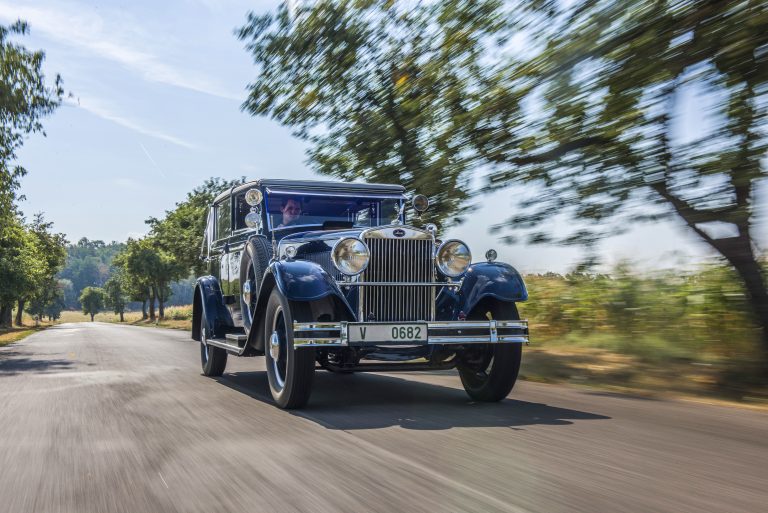 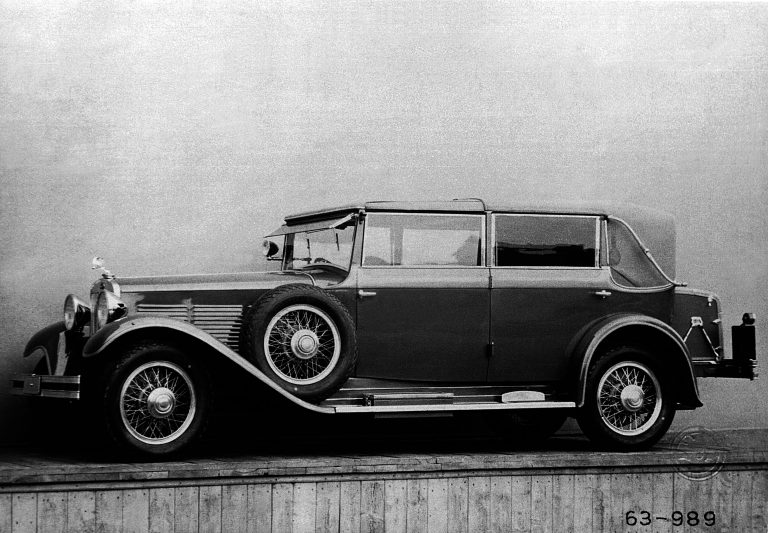 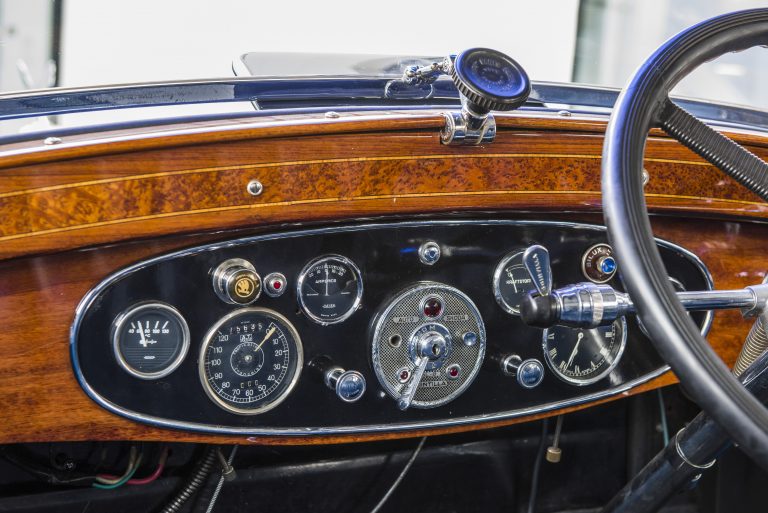 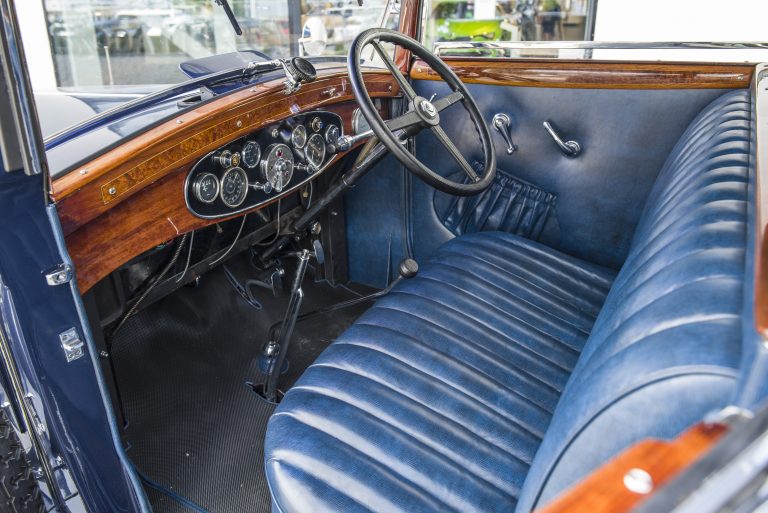 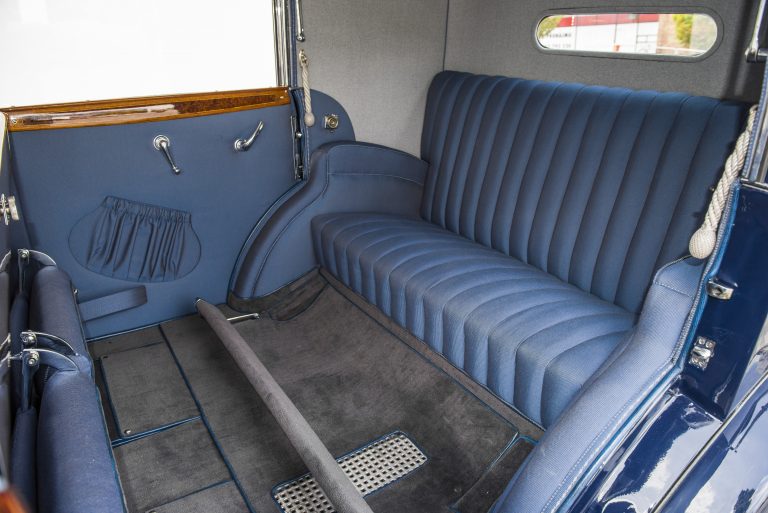 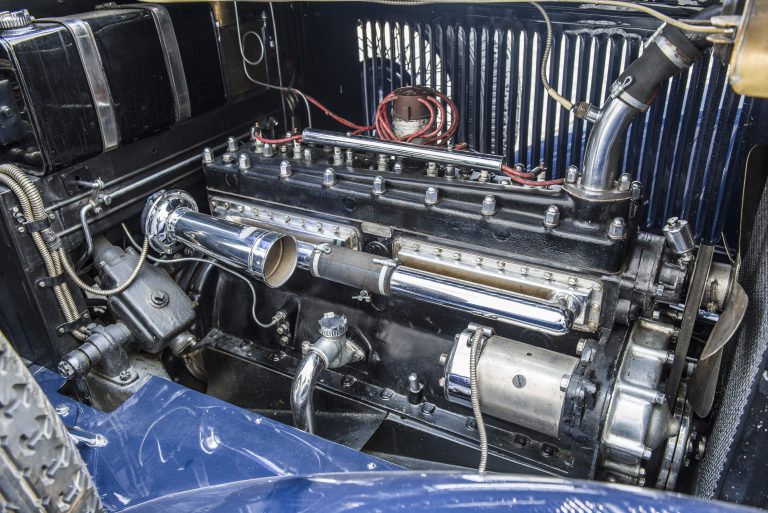 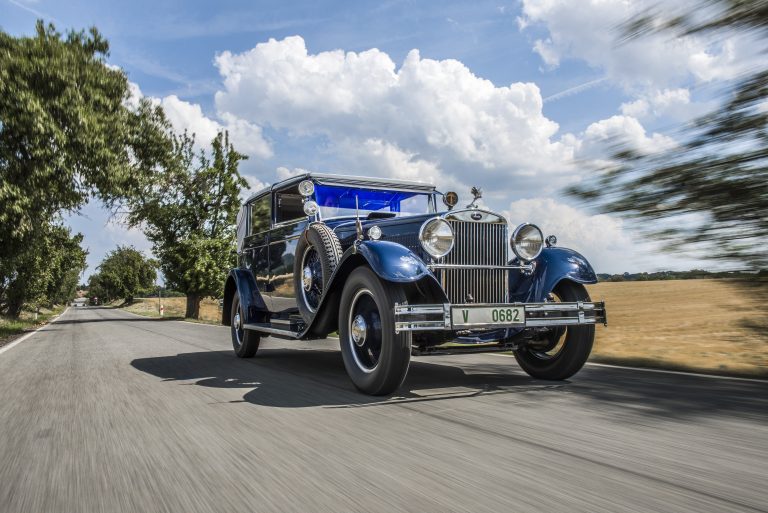