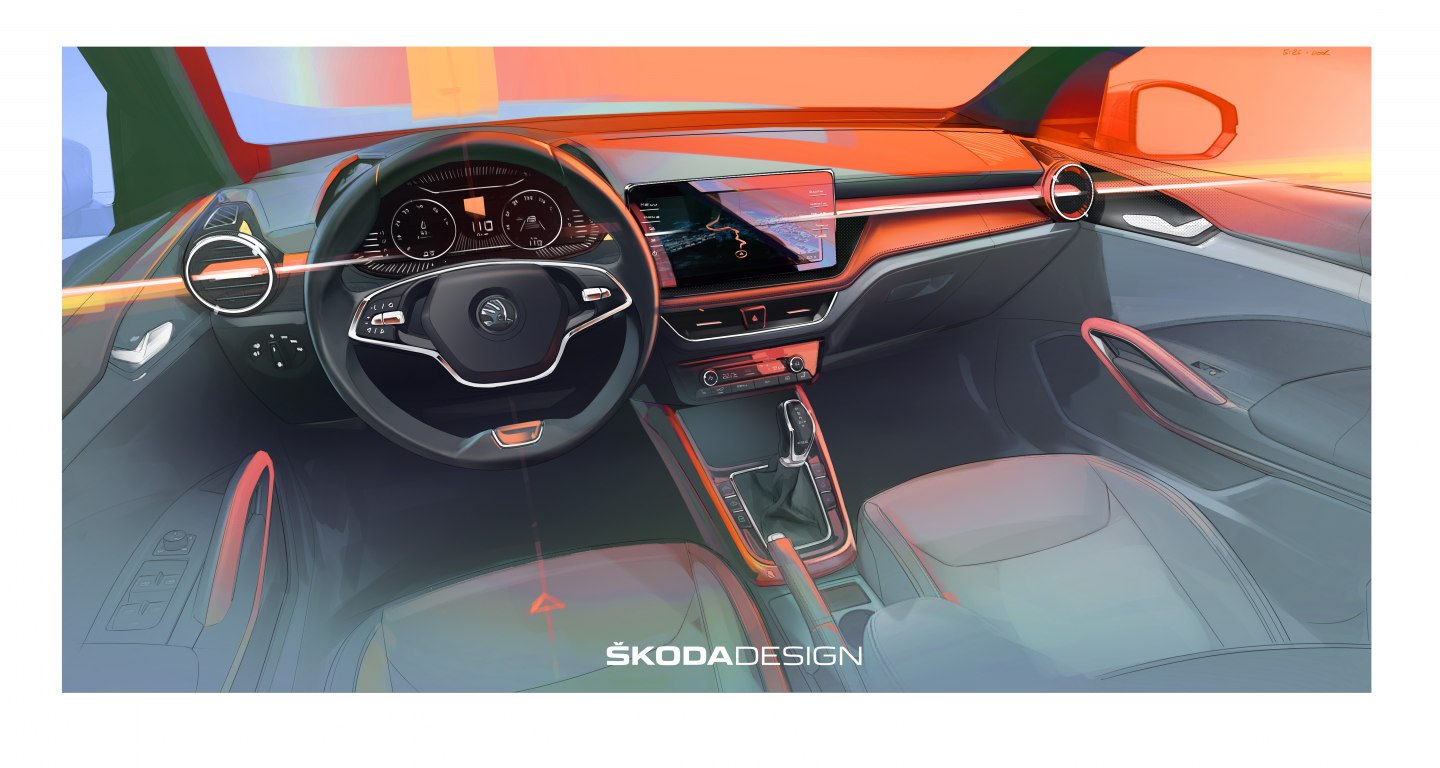 Mladá Boleslav, 29 April 2021 – ŠKODA AUTO reveals further details of the new FABIA and gives a first impression of the interior of the fourth model generation in an official design sketch. Based on the Volkswagen Group’s Modular Transverse Toolkit MQB-A0, the interior of the popular small car offers even more room, an enhanced sense of spaciousness and fresh colours. Technologies from higher vehicle classes have also been incorporated. The Czech car manufacturer is systematically refining the interior concept already implemented in the current ŠKODA OCTAVIA by introducing new details in the FABIA. The new ŠKODA FABIA will be celebrating its world premiere at the beginning of May.

The new, fourth generation of the ŠKODA FABIA is based on the Volkswagen Group’s Modular Transverse Toolkit MQB-A0, making it longer and wider than its predecessor. This extra room creates a more spacious atmosphere for passengers. The symmetrically designed instrument panel with its central, free-standing display and a coloured horizontal decorative trim accentuates the width of the interior, and the character line beneath the display mirrors the ŠKODA grille. Large round air outlets on the right and left create new accents, as do the coloured elements in the centre console and door handles along with the newly designed chrome door openers. One of the design sketches also reveals prominent FABIA lettering on the side of the instrument panel.

Large touch display as a central element
The large, free-standing display dominates the aesthetic of the new ŠKODA FABIA’s interior. The touch screen enables the modern infotainment systems as well as many other vehicle functions to be controlled with ease. The design sketch also shows the customisable Virtual Cockpit, which is a key feature of larger ŠKODA models and is now making its debut as an option for the FABIA. The world premiere of the fourth FABIA generation is set for beginning of May. 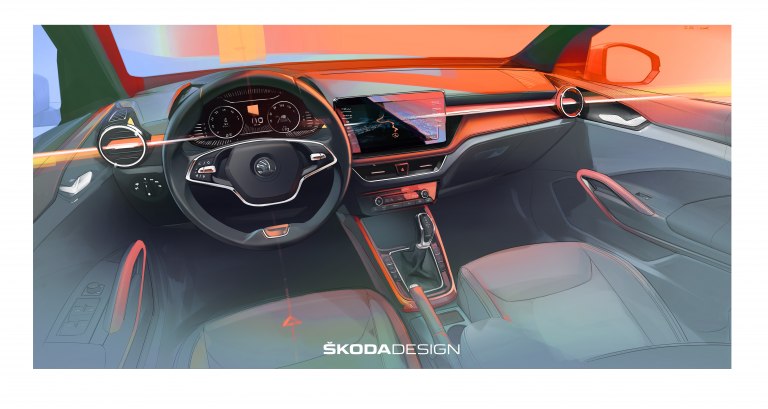