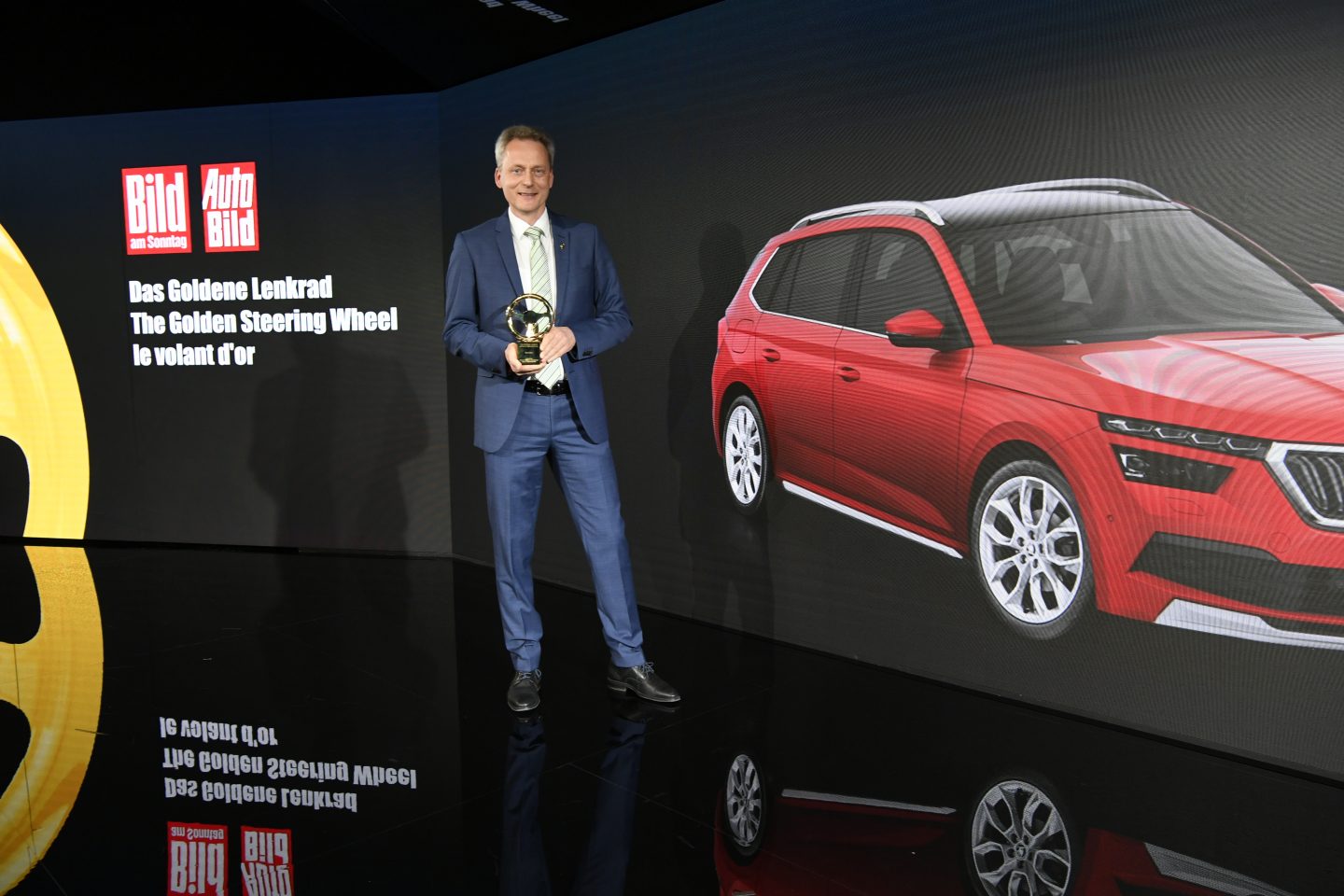 Mladá Boleslav/Berlin, 13 November 2019 – A Golden steering wheel for the ŠKODA KAMIQ: the Czech brand’s new city SUV has won one of Europe’s most coveted car awards. The ŠKODA KAMIQ received the ‘Best Car under 25,000 euros’– one of eleven Golden Steering Wheels awarded in 2019 – from the German trade magazine Auto Bild and the German Sunday newspaper Bild am Sonntag. According to the magazine’s test editors, the KAMIQ offers the best overall package among all the new releases in its category. Christian Strube, ŠKODA AUTO Board Member for Technical Development received the Golden Steering Wheel on Tuesday evening at the gala in the Axel Springer publishing house in Berlin.

“I am delighted to accept the Golden Steering Wheel for the ŠKODA KAMIQ on behalf of the entire ŠKODA team. The KAMIQ combines the best ŠKODA qualities such as outstanding space and excellent price-performance ratio with an expressive, characterful design. Our first city SUV marks our entry into a very interesting segment where we are winning over attractive new customer groups,” explained Christian Strube, ŠKODA AUTO Board Member for Technical Development.

Fifty-eight models, which had been launched in the past twelve months and grouped into eleven categories, were pitted against each other in the Golden Steering Wheel 2019 awards. The test editors of Auto Bild were responsible for deciding the winner of the ‘Best car under 25,000 euros’ category. They took numerous qualities into account, such as handling, base price, standard equipment, warranties and surcharge policy and chose the ŠKODA KAMIQ as the best offer in its class. The jury praised several aspects specifically, including the spacious interior with compact dimensions, high quality and excellent price-performance ratio.

Third member of ŠKODA’s SUV family
The ŠKODA KAMIQ has complemented the Czech brand’s successful SUV range in the European market since mid-2019. Following the KODIAQ and KAROQ, ŠKODA has now entered the fast-growing segment of city SUVs. The KAMIQ combines the benefits of an SUV such as greater ground clearance and raised seating position with the agility of a compact vehicle and an emotive design typical of the brand. With state-of-the-art assistance and infotainment systems, a generous amount of space and numerous Simply Clever features, the ŠKODA KAMIQ meets the demands of families and lifestyle-oriented customers alike.