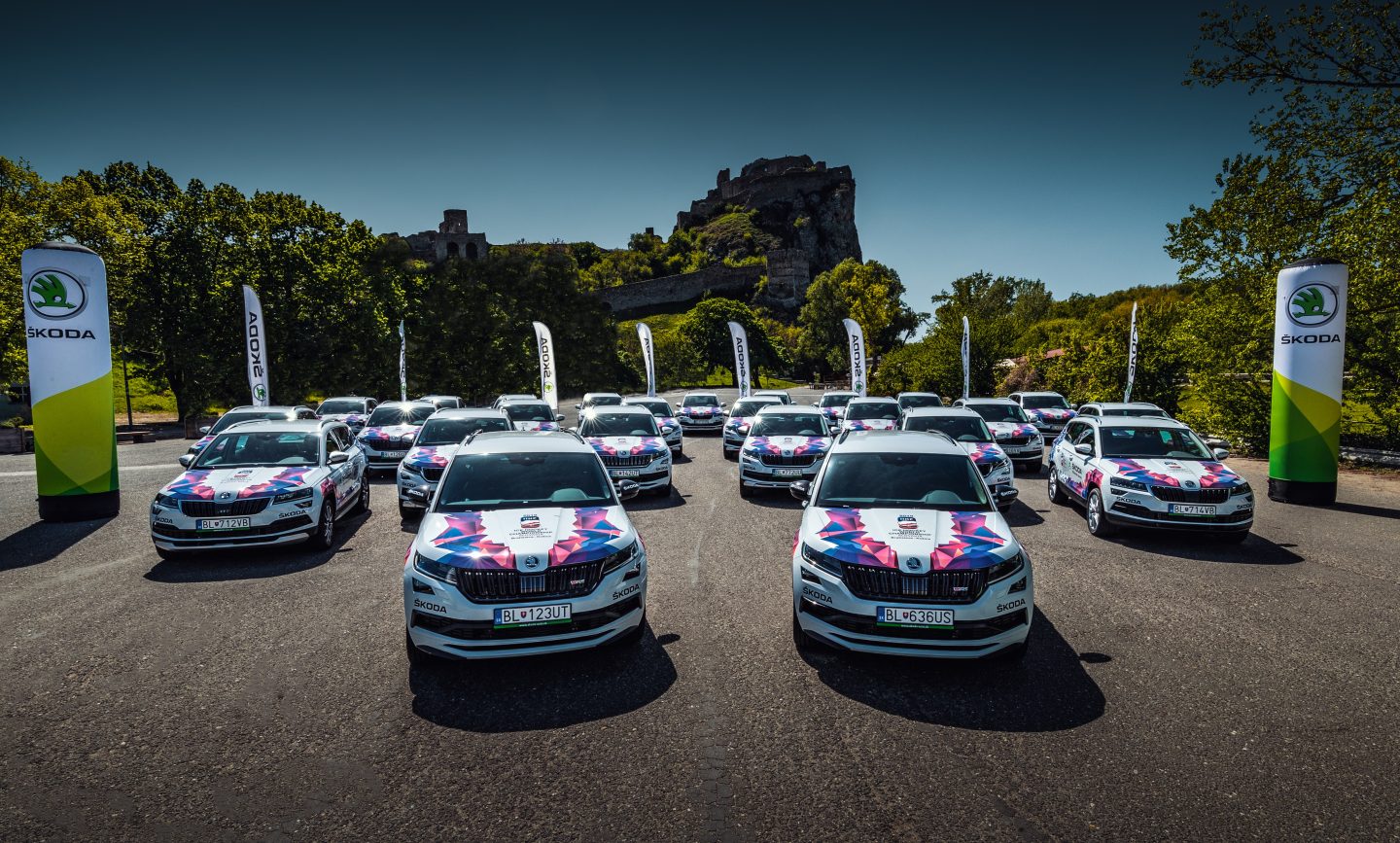 › As the mobility partner, the carmaker is supporting the World Championship organisers with a fleet of 50 vehicles, most notably the SUV models KODIAQ and KAROQ
› For the first time ever, a new ŠKODA model celebrates its world premiere at the Ice Hockey World Championship: ŠKODA presents its comprehensively revised flagship SUPERB
› ŠKODA AUTO continues to extend its world record for the longest sponsorship of a world championship at the IIHF tournament in Bratislava and Košice

Alain Favey, ŠKODA AUTO Board Member for Sales and Marketing, explains: “ŠKODA is combining tradition with the future in an extraordinary way at this year’s IIHF Ice Hockey World Championship. We have made history with our many years of successful sponsorship. The fact that we are now combining our World Championship appearance with the world premiere of a new model for the first time underscores the importance of this event for our brand.”

Eight years after the Ice Hockey World Championship in Slovakia, the International Ice Hockey Federation (IIHF) is returning to this nation of ice hockey fans. The world’s top 16 national teams will be competing from 10 to 26 May. The venues are the Slovnaft Aréna in the capital, Bratislava, and the Steel Aréna in Košice.

ŠKODA will be under the spotlight at each of the 64 games. For example, the car manufacturer’s logo will be featured on the boards and the ice at the arenas. In addition, the Czech brand is placing three model highlights next to the rink – the city SUV ŠKODA KAMIQ, the new compact model ŠKODA SCALA and the high-performance SUV KODIAQ RS. This way, ŠKODA will reach a vast audience, as the global television and online broadcasts of the Ice Hockey World Championship will be watched by more than one billion hockey fans this year.

On May 23, the quarter-final matchday, ŠKODA will be presenting the world premiere of the modernised SUPERB with a much sharper profile. As the flagship of the ŠKODA model range, the SUPERB, whose history dates back to the 1930s, offers the brand’s latest innovations in design, technology and functionality.
ŠKODA is the best-selling car brand in the host country Slovakia. In 2018, the manufacturer delivered 21,900 vehicles to customers in the region, with the most popular models being the FABIA, OCTAVIA and RAPID.

Sponsor and mobility partner for more than a quarter of a century
ŠKODA has been supporting the IIHF Ice Hockey World Championship as a mobility partner since 1992. The automaker has been the official main sponsor since 1993. This is the longest main sponsorship in the history of world sports championships – officially recognised as a Guinness World Record. The brand celebrated the 25th anniversary of this partnership in 2017.

Each year, ŠKODA provides the organisers with an attractive and reliable fleet of vehicles. This year the fleet consists of 50 ŠKODA vehicles, especially the popular SUV models KODIAQ and KAROQ.

ŠKODA is also the exclusive partner of the IIHF app, which offers hockey fans exciting background stories and interesting statistics. Thanks to the live ticker, which features a goal alert, users will not miss any of the action. Also, users can predict the outcome of the game in the betting game and share it with friends. The IIHF app is available for Android and iOS operating systems.