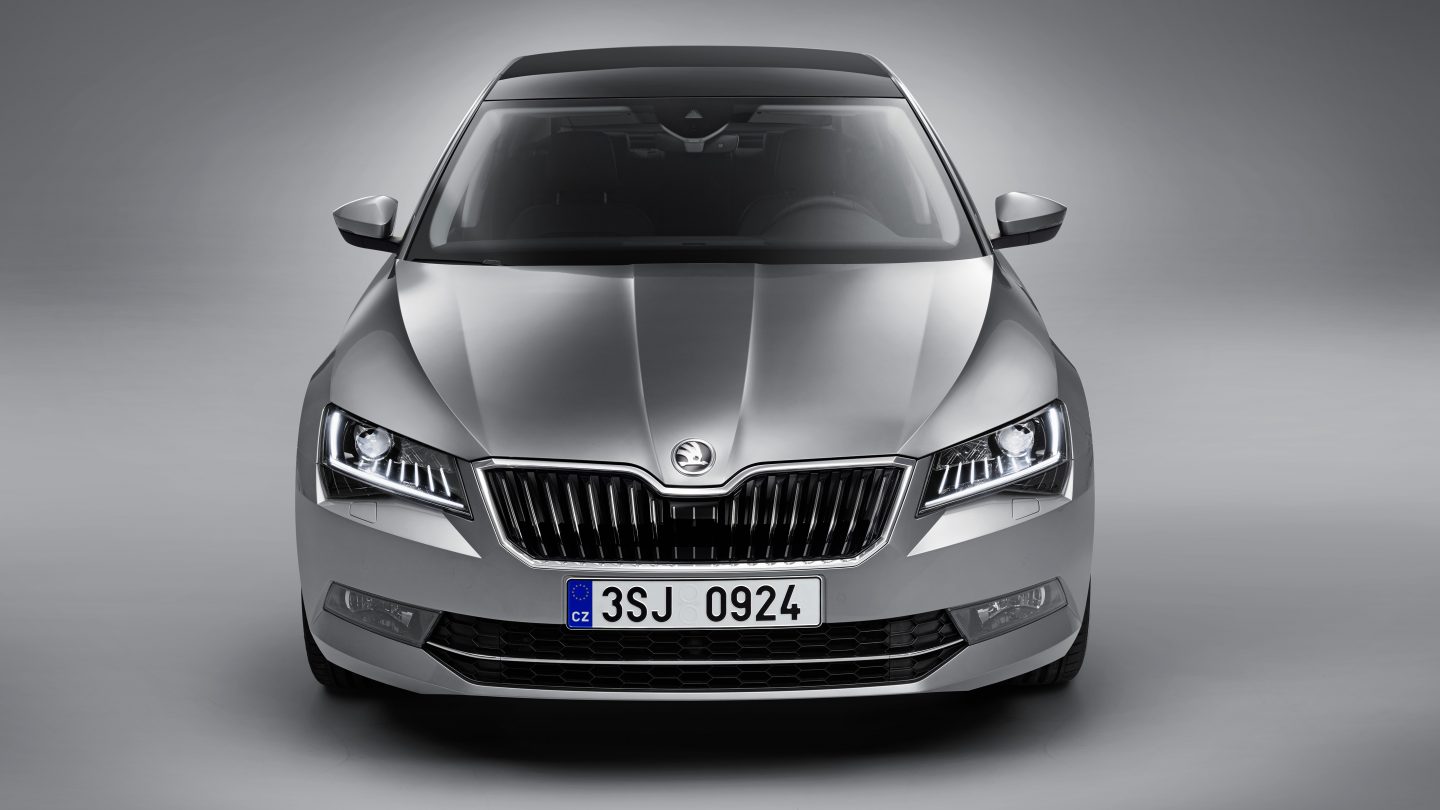 Mladá Boleslav, 12 May 2015 – Seven markets, four residual-value studies, one winner: Just two months before its market launch, the new ŠKODA Superb is set to have the most stable residual value in the European mid-class. According to the results from seven independent service providers (EurotaxGlass, CAP*, DAT and IBS Automotive), ŠKODA’s new flagship prevails against its direct competitors.

In the EurotaxGlass study conducted in five countries (Germany, Italy, France, Spain and Poland), the calculated future residual values of the new ŠKODA flagship lay between 49 and 40 percent of the purchase price (after three years and 90,000 km). Another study in Germany by CAP */DAT forecast a residual value of 50 per cent (after three years and 60,000 km) for the new Superb.

“This victory in four residual-value studies proves the quality and value retention of our new top model,” says Werner Eichhorn, ŠKODA Sales and Marketing Director. We plan to win over new customers to the brand from the private and business sectors with the new Superb.”

The following models were examined in the latest residual-value studies alongside the new ŠKODA Superb: Ford Mondeo, Hyundai i40, Opel (Vauxhall) Insignia, Citroen C5, Toyota Avensis, Peugeot 508 and Mazda 5. The version of the model varied depending on the market, but the result was always the same: the winner is the new Superb.

Included in the evaluation were criteria, such as consumption/CO2 emissions, value for money, quality and reliability. Design and brand aspects also played a role.

Featuring expressive designs, impressive technical qualities and outstanding spaciousness, the completely redeveloped ŠKODA Superb sets the benchmark in its segment. ŠKODA’s flagship has revolutionised the brand’s design. Based on the Volkswagen Group’s innovative MQB technology, the third generation of ŠKODA’s top model has reached a new level in terms of safety, connectivity, and environmental-friendliness, and has move to the upper end of the automotive mid-class.

The ŠKODA Superb has formed the apex of ŠKODA’s model range since 2001. To date, the brand has delivered around 700,000 first and second-generation ŠKODA Superbs to customers all over the world. This makes the model one of the most popular vehicles in its class.