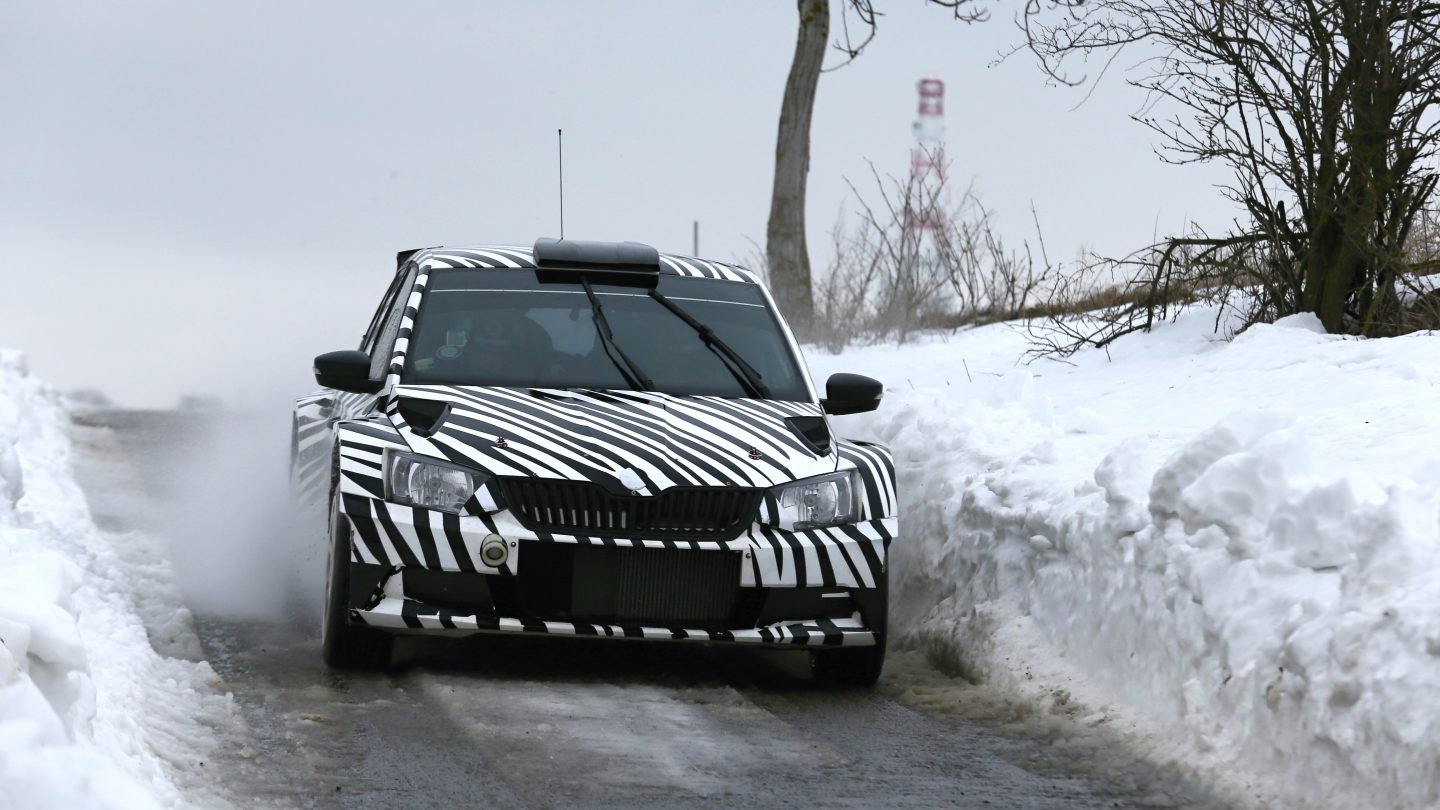 › ŠKODA presses ahead with the development of the Fabia R 5
› Works driver Kopecký to test the car throughout Europe in coming weeks
› Kopecký: “We will produce another top-class rally car”

Mladá Boleslav, 25 February 2015 – Even experienced rally driver Jan Kopecký (CZ) is excited about the new ŠKODA Fabia R 5. After his historic double in the FIA European Rally Championship (ERC) and the FIA Asia-Pacific Rally Championship (APRC), assisting with the development of the new rally car is a new challenge for the 33-year-old from the Czech Republic. SKODA works driver Kopecký and his co-driver Pavel Dresler (CZ) are important members of ŠKODA Motorsport’s test team. 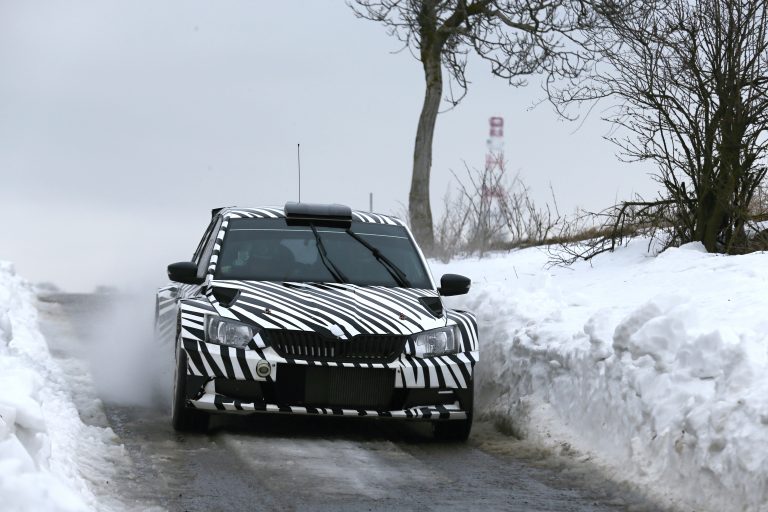 “At ŠKODA, a lot of engineers from a wide range of different countries are working perfectly together in a very good team. I am confident that our guys will produce another top-class rally car. My experience of the new Fabia R 5 is definitely very positive so far,” said Kopecký. The Czech driver spent the period around his 33rd birthday on 28th January testing ŠKODA’s latest rally hopeful on various different surfaces. More tests at the wheel of the new Fabia R 5 are planned throughout Europe for the coming days and weeks.

In compliance with FIA regulations, the new racing car is equipped with a 1.6-litre turbo engine. Kopecký is impressed by the four-wheel drive car’s powerful acceleration: “It is great fun to drive this completely new car, with its powerful turbo engine. You obviously have to adapt your driving style, because it is quite a switch from the two-litre induction engine in the Fabia Super 2000.” The Fabia Super 2000 is the most successful rally car in ŠKODA’s 114-year motorsport history and has helped Kopecký to his historic triumphs.

Kopecký backed up his European title in 2013 by winning the continental championship in the Asia-Pacific region the following year. “Those were two fantastic years. The highlight was undoubtedly 2014, when we were able to gain valuable experience on gravel between Australia and China.” Competing in the key ŠKODA market of China, Kopecký/Dresler improved the Czech car manufacturer’s flawless record to six wins from six rallies and completed a hat-trick of titles for ŠKODA in the process.

Jan Kopecký’s plans for the first half of this year focus on developing the new Fabia R 5. The rally car, which is based on the new production model of the Fabia, is already generating a huge amount of interest from customers. The homologation of the ŠKODA Fabia R 5 by the International Automobile Federation FIA is planned for mid-2015. Kopecký, who made his debut for the ŠKODA Motorsport team over a decade ago, is already looking forward to the new, homologated car: “The new Fabia R 5 has everything it needs to continue the success story of ŠKODA in motorsport.”