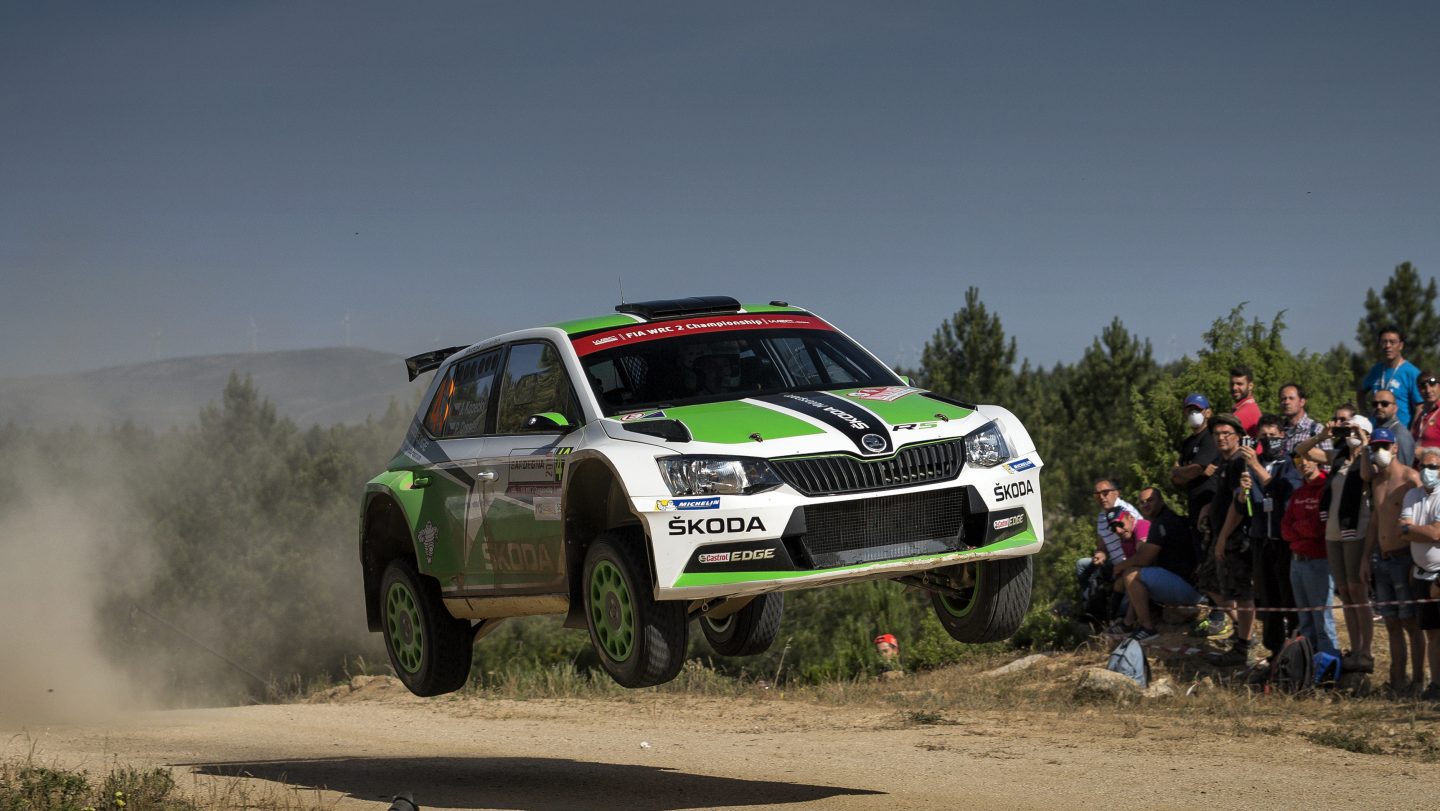 Alghero, 12 June 2016 – One-two: ŠKODA passed the ultimate test of durability at the Rally Italy with flying colours. Czech works duo Jan Kopecký/Pavel Dresler finished an excellent second at what is probably the toughest rally on the FIA World Rally Championship (WRC 2) calendar. After a dramatic 322.82 kilometres of racing, fellow ŠKODA pair Teemu Suninen/Mikko Markkula from Finland took their place on the top step of the podium. They claimed the fourth WRC 2 win in a row for the ŠKODA FABIA R5, which was the fastest car in its class on all 19 special stages on the Mediterranean island of Sardinia. 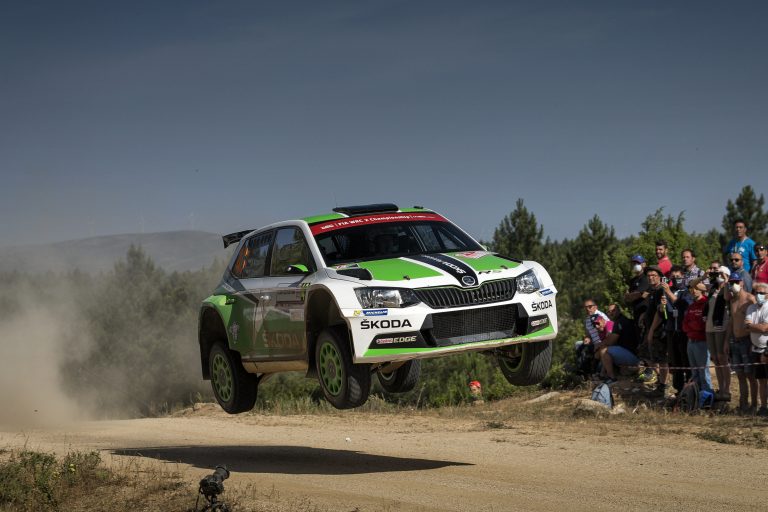 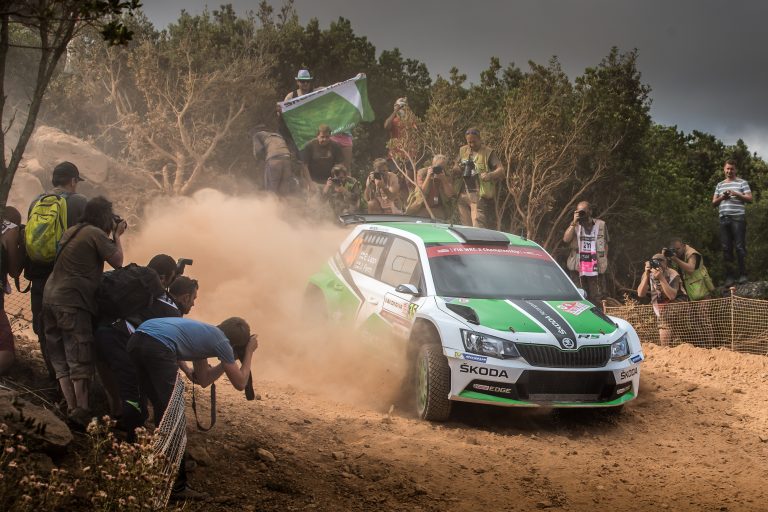 “Heat, big jumps, loose sand akin to that on the Rally Dakar, and big stones on the roads – the Rally Italy really put the drivers through their paces. The ŠKODA cars successfully mastered one of the most difficult challenges of the year,” said ŠKODA Motorsport Director Michal Hrabánek: “Jan Kopecký and Pavel Dresler kept a cool head and completed a great success for our works team. Special congratulations go to the winners, Teemu Suninen and Mikko Markkula. The whole result on Sardinia is yet more proof of the class of our FABIA R5, and motivation to keep working hard.”

The Rally Italy was the most eventful rally of the 2016 World Rally Championship so far – both on and off the route. The event reached its dramatic highlight in the WRC 2 category on Saturday, on the 44.26-kilometre “Monte Lerno 1” stage – the longest stage of the rally, which also features the iconic “Micky’s Jump”. Leading going into the stage, the ŠKODA works duo Esapekka Lappi/Janne Ferm (FIN/FIN) failed to finish – as did fellow ŠKODA pair Umberto Scandola/Guido d’Amore from Italy, who went into the penultimate day as the WRC 2 leaders.

The other top ŠKODA drivers Kopecký, Suninen and Nicolás Fuchs (PE) were stopped temporarily by race stewards following a crash involving Italian WRC driver Lorenzo Bertelli. “A steward showed us an SOS board, so we did not complete the entire stage at top speed,” Kopecký explained. The dominant ŠKODA drivers consequently lost the lead in WRC 2, but were then deservedly given it back thanks to the decision of a jury late on Saturday evening.

They were given a time in accordance with their performance on the second running of the “Monte Lerno” stage.

ŠKODA driver Nicolás Fuchs then dropped out of the battle for second place with Jan Kopecký on Sunday’s opening stage. “I feel sorry for Nico, as we were having a really great duel! This Rally Italy was an emotional rollercoaster for us. First we dropped almost a minute and fell back down the standings due to a puncture, then we fought our way back to second place,” said Kopecký, who finished third on Sardinia last year. “That is a really happy ending! Especially as a ŠKODA FABIA R5 won again.”

Teemu Suninen claimed the fourth WRC 2 victory in a row for the high-tech, four-wheel drive powerhouse. The 22-year-old Finn kicked off the winning run at the Rally Mexico, while Nicolás Fuchs proved unbeatable in the quick and reliable car from Mladá Boleslav at the Rally Argentina. The works team did not contest the oversea rallies, but triumphed through Pontus Tidemand at the Rally Portugal. The Swede is the best-placed works driver in the overall WRC 2 standings in fourth place (43 points/two starts). Britain’s Elfyn Evans (62 points/ four starts) leads the championship, ahead of ŠKODA customers Fuchs (55 points/four starts) and Suninen (50 points/3 starts). Each driver can score points towards the race for the WRC 2 title at seven races in 2016.

Works driver Esapekka Lappi did manage to finish ninth to pick up two points at the Rally Italy. He re-joined the rally on Sunday and won all four special stages with a series of outstanding times. “Thank you to all the mechanics and the entire ŠKODA team, who got our car up and running again! We landed in a large hole after a jump on Saturday and were unable to continue. We will go on the attack again at the Rally Poland,” Lappi promised. Like Pontus Tidemand, the Finn will contest the next WRC 2 rally from 30 June to 3 July. Jan Kopecký/Pavel Dresler are back in action this Friday and Saturday at the Rally Hustopeče in the Czech Rally Championship (MČR).

The number for the Rally Italy: 19