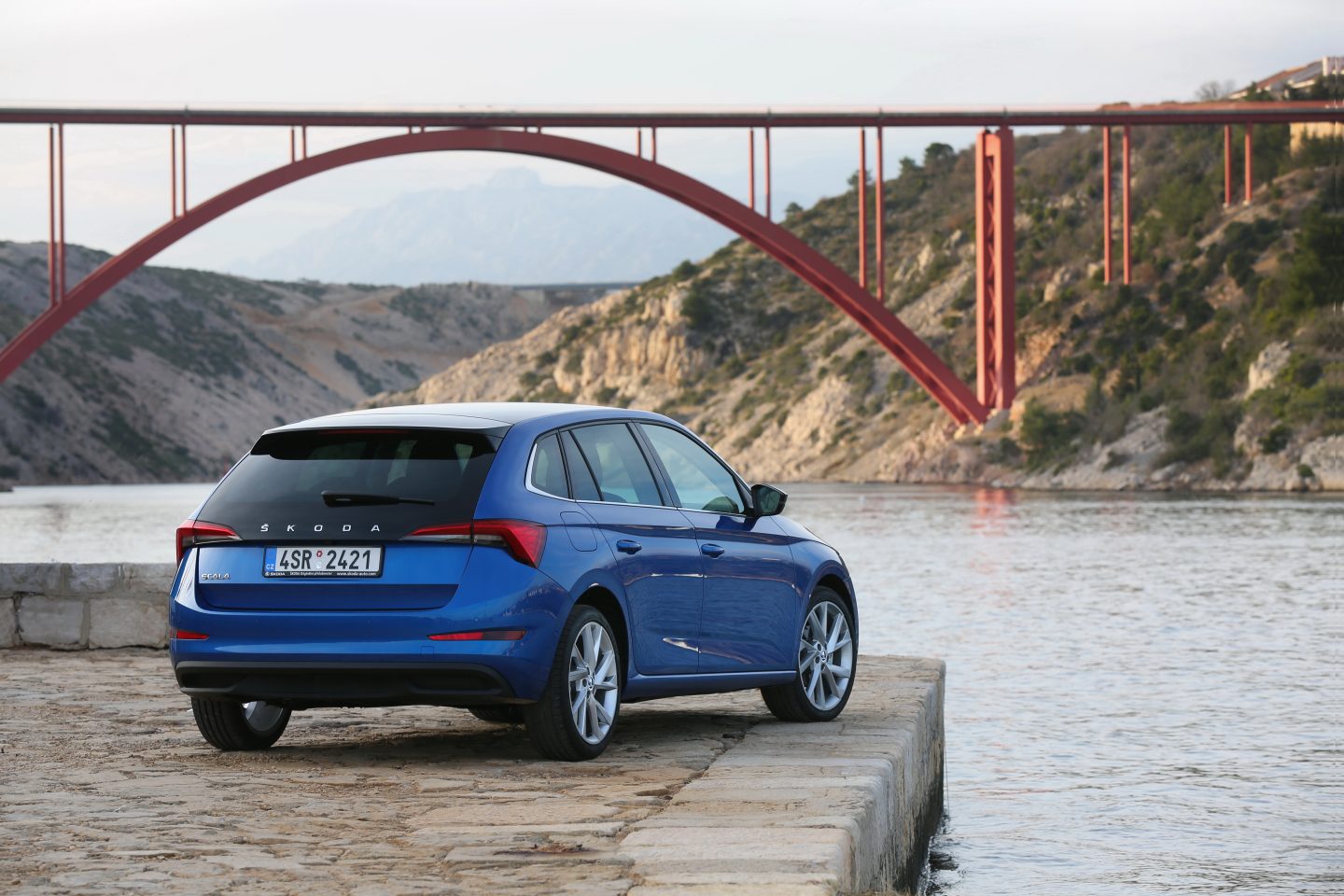 › 17.4% of ŠKODA customers choose the colour Race Blue metallic for the SCALA
› Quartz Grey metallic is the number-one paint finish for the KAMIQ at 16.1%
› Interview with Carola Maria Kertzscher, coordinator for colours and materials at ŠKODA Design, on the significance of vehicle colour

Mladá Boleslav, 16 April 2020 – With the SCALA and the KAMIQ city SUV, ŠKODA upgraded and expanded its range of compact models considerably in 2019. Both have quickly attracted a large following – and their different target groups naturally have different preferences when it comes to colour. The sporty metallic Race Blue is a favourite among SCALA customers. The KAMIQ is following the trend of the European market, where grey vehicles have taken the lead for the first time ever, with the quartz-grey metallic paint finish chosen most frequently.

For the ŠKODA SCALA, the sporty metallic Race Blue underlines its dynamic and emotive design and combines perfectly with the black panoramic roof and extended black rear window from the optional Emotion package. In total, 17.4% of all ŠKODA SCALA produced in 2019 were painted this colour. Metallic Quartz Grey took second place for the compact hatchback model at 15.5%, and Magic-Black Pearl Effect came in at 14.7%. Overall, 74.6% of SCALA buyers chose one of the ten metallic paint finishes on offer, with 25.4% choosing one of the four solid colours.

Grey shades dominate the overall European market as well the city SUV KAMIQ
Grey shades were very popular among buyers of ŠKODA’s first city SUV in 2019. With a share of 16.1%, metallic Quartz Grey was the most popular paint finish here. Black-Magic Pearl Effect came second with 13.6%, Moon-White Pearl Effect came third with 12.2%. The total share of metallic paints was 78.2%. Metallic Quartz Grey and the solid colour Steel Grey (6.5%) together came in at 22.6%, making grey – ahead of white (20.6% in total) – the most popular colour for the KAMIQ.

ŠKODA’s city SUV, therefore, followed the trend of the overall European market. According to the global study of the most popular car colours, which has been conducted by the paint manufacturer Axalta annually since 1953, grey was the most frequently chosen colour in Europe for the first time in 2019 at 24%. White moved into second place at 23%. For the ŠKODA SCALA, the two shades of white available (22.0%) came slightly ahead of the three shades of blue (21.4%) and grey (20.9%). Worldwide, white remains the most popular colour for cars at 38%, and in Asia, white painted cars account for a total of 49%.

Bold colours for a unique look
The majority of cars are painted in muted colours. Around 80% of the vehicles produced worldwide roll off the assembly line in white, black, grey and silver. However, individualists can also show their colours when buying a ŠKODA SCALA or KAMIQ, for example, with the premium metallic paint Velvet Red: in 2019 it was the fifth most popular paint finish for the KAMIQ at 9.1%, and 3.6% of SCALA customers opted for this shade of bright red. A confident statement and homage to ŠKODA’s success in international rallying is Rally Green, which is more in demand among SCALA drivers than fans of the KAMIQ.

Vehicle paintwork consists of five layers
The paintwork on a ŠKODA vehicle consists of five layers with a total thickness of 0.1 millimetres. The actual paint layer measures only 20 micrometres (0.02 millimetres). It is applied using painting robot arms as the fourth layer over a phosphate layer, a plastic-sealed corrosion protection layer and a filler. The final layer is a 30-micron (0.02 millimetre) clear coat, which seals the vehicle body in just 37 seconds; ŠKODA AUTO boasts the fastest topcoat application system in the entire Volkswagen Group. In addition, the new painting line at ŠKODA’s main plant in Mladá Boleslav, which was commissioned in August 2019, is one of the most modern and environmentally friendly of its kind in Europe. It has increased the annual painting capacity in the region by 168,000 to a total of 812,000 units.

Interview with Carola Maria Kertzscher, coordinator of colours and materials at ŠKODA Design

How important is the vehicle colour for customers?

Carola Maria Kertzscher: “By choosing the colour, every buyer can customise their vehicle and create a unique relationship with it. This depends on one’s personal taste, as well as regional preferences in general. For example, preferences vary greatly across Europe and Asia, as well as in individual countries.”

What role does colour play in design? Can a paint finish be a perfect match for the vehicle?

Kertzscher: “The SCALA and KAMIQ models are the first representatives of a new stage in the development of ŠKODA’s design language. In addition to crystalline elements, sharp lines and clean surfaces create more dynamics and emotions. And it is these lines and surfaces that the right colour can emphasise and enhance.”

How do you know what colours are in demand at any given time?

Kertzscher: “At ŠKODA, we maintain an open and intensive dialogue with our customers. This way, we have a clear idea of what buyers want. And this is very different in Europe, for example, than in China. In India, customers have different preferences again. Our specialists also keep track of general developments and trends in the global automotive market, as well as in other areas such as fashion and architecture. This means we are always able to keep our palette up to date and offer a wide range of colours. From this, we develop the appropriate offers for individual markets, as well as different vehicle categories.”

ŠKODA offers solid colours and metallic paints for the SCALA and KAMIQ, among others. What are the differences?

Kertzscher: “We make a fundamental distinction between solid-colour paints with a basecoat of colour pigments and metallic paints to which additional effect particles are added. These include aluminium particles that reflect incident light and make the paint shine. A pearlescent coating shimmers softer than a metallic coating, and effect pigments such as mica or artificial effect particles are used for this. If particles of a different colour are used as well, the colour of the finish changes in the light. Depending on the angle from which the vehicle is viewed, the brightness of the colour also varies, and the colour brilliance increases significantly compared to other paints. 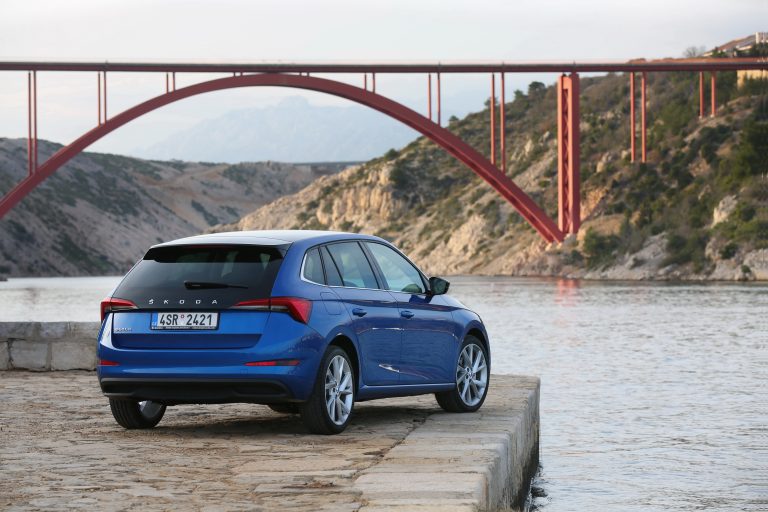 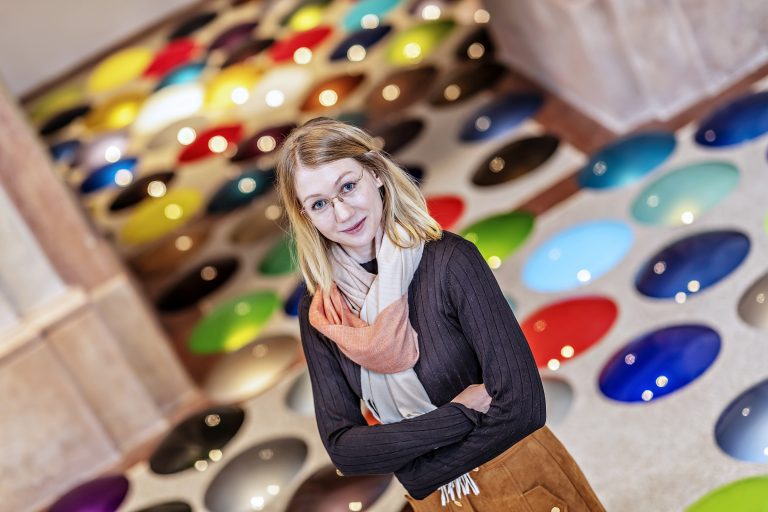