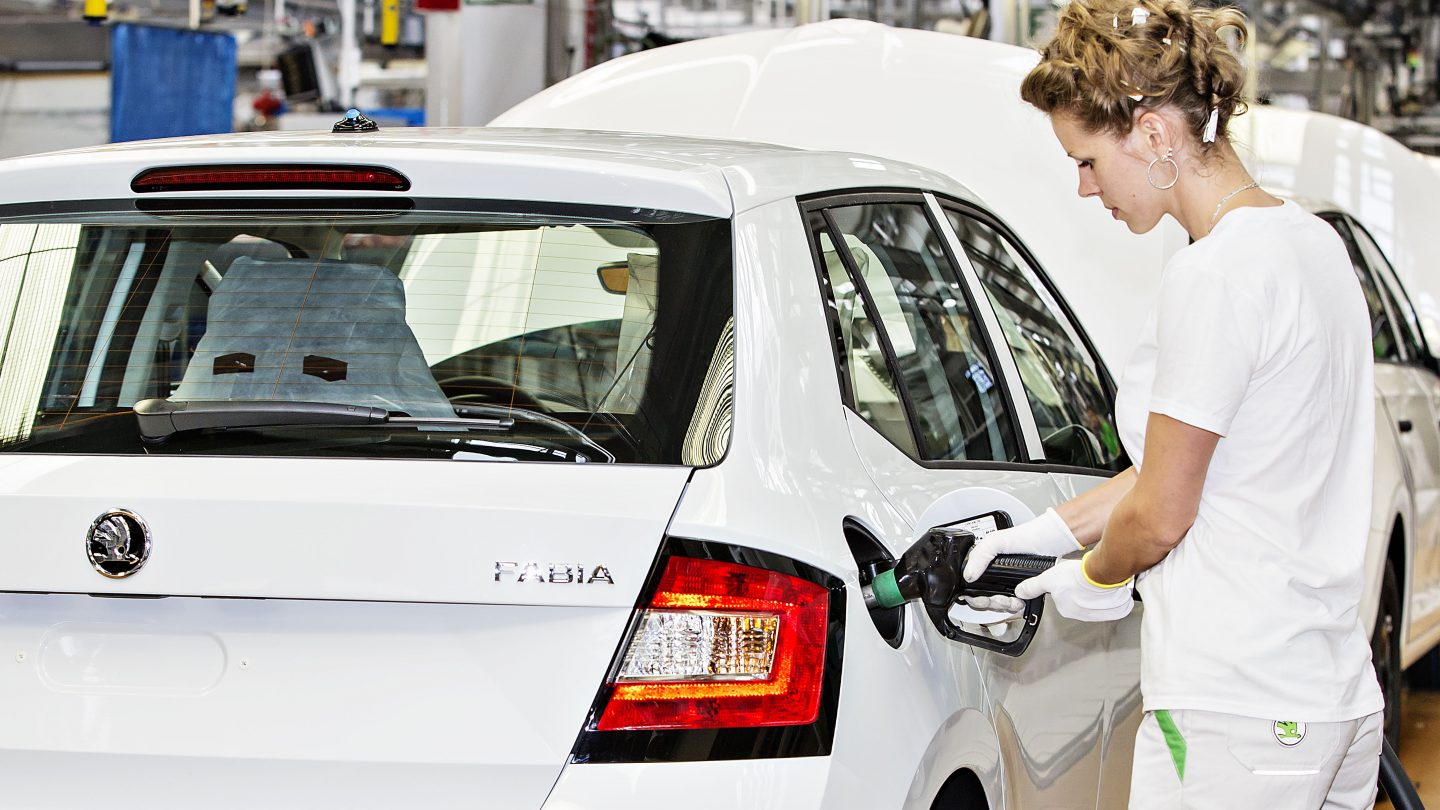 Mladá Boleslav, 3 February 2015 – ŠKODA’s new models are doing exceptionally well. In 2014 the Czech carmaker sold more than one million vehicles for the first time in a single year. Accordingly, ŠKODA production is now shifting up a gear: At the main plant in Mladá Boleslav, ŠKODA has recently upped the manufacturing capacities for the new ŠKODA Fabia and Fabia Combi (estate), as well as the ŠKODA Rapid Spaceback. Up to 1200 of these models now run off the MBII production line every day in three shifts. Previously, a maximum of 800 vehicles could be produced on a daily basis in two shifts. ŠKODA has created an additional 800 new jobs to staff the third shift. 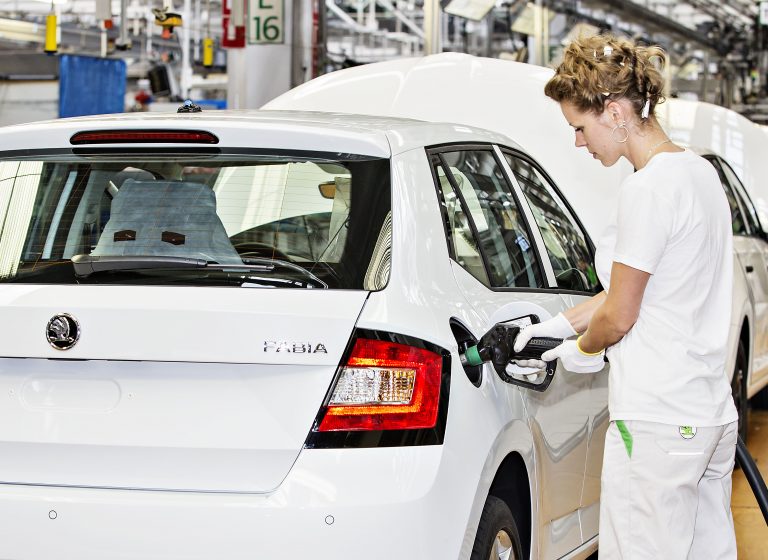 “The young ŠKODA model range is doing exceptionally well on the market,” says ŠKODA Michael Oeljeklaus, ŠKODA Production Director. “Our production is at full throttle – especially at our main plant in Mladá Boleslav. Over the coming years, ŠKODA plans to increase sales to at least 1.5 million per year. To this end, we will continue to invest in our domestic and international production capacities.”

The current expansion in production capacities at the MBII line in Mladá Boleslav were necessary due to the growing success of the Fabia and Rapid Spaceback. ŠKODA had begun expanding and technologically upgrading key areas of the Fabia production halls in Mladá Boleslav as early as summer 2014.   This was when the new, ultra-modern facility was finished, enabling the new assistance systems to be configured. The paint shop was also extended and partially redeveloped.

By expanding their production capacities at the main plant in Mladá Boleslav, the Czech manufacturer is once again demonstrating their importance as an employer and major industrial investor in the Czech Republic. Since 1991, ŠKODA has invested more than 280 billion Czech Crowns into the manufacturing processes and factories at the locations of Mladá Boleslav, Kvasiny and Vrchlabí. In 2014, the respective investments totalled 362 million euros. Last autumn, ŠKODA and the Volkswagen Group invested 45 million euros alone in the newly opened ŠKODA Engine Centre – one of the largest industrial investments of recent years in the Czech Republic.

The Fabia’s market launch was extremely successful. The small car is setting standards in its segment, and has won a number of international awards; in the Czech Republic, the new ŠKODA Fabia was voted ‘Car of the year 2015’. In the UK, the model received the renowned title ‘What Car? Car of the Year 2015’. The ŠKODA Rapid Spaceback has also taken the consumer market by storm.  In 2014 sales of the Rapid Spaceback increased nine fold over the previous year, with a total of 72,000 sold around the world (2013: 8000). The brand’s first compact hatchback model offers fresh-dynamic designs, lots of room, a host of ‘Simply Clever’ ideas, the highest safety, low fuel consumption and is great value for money.