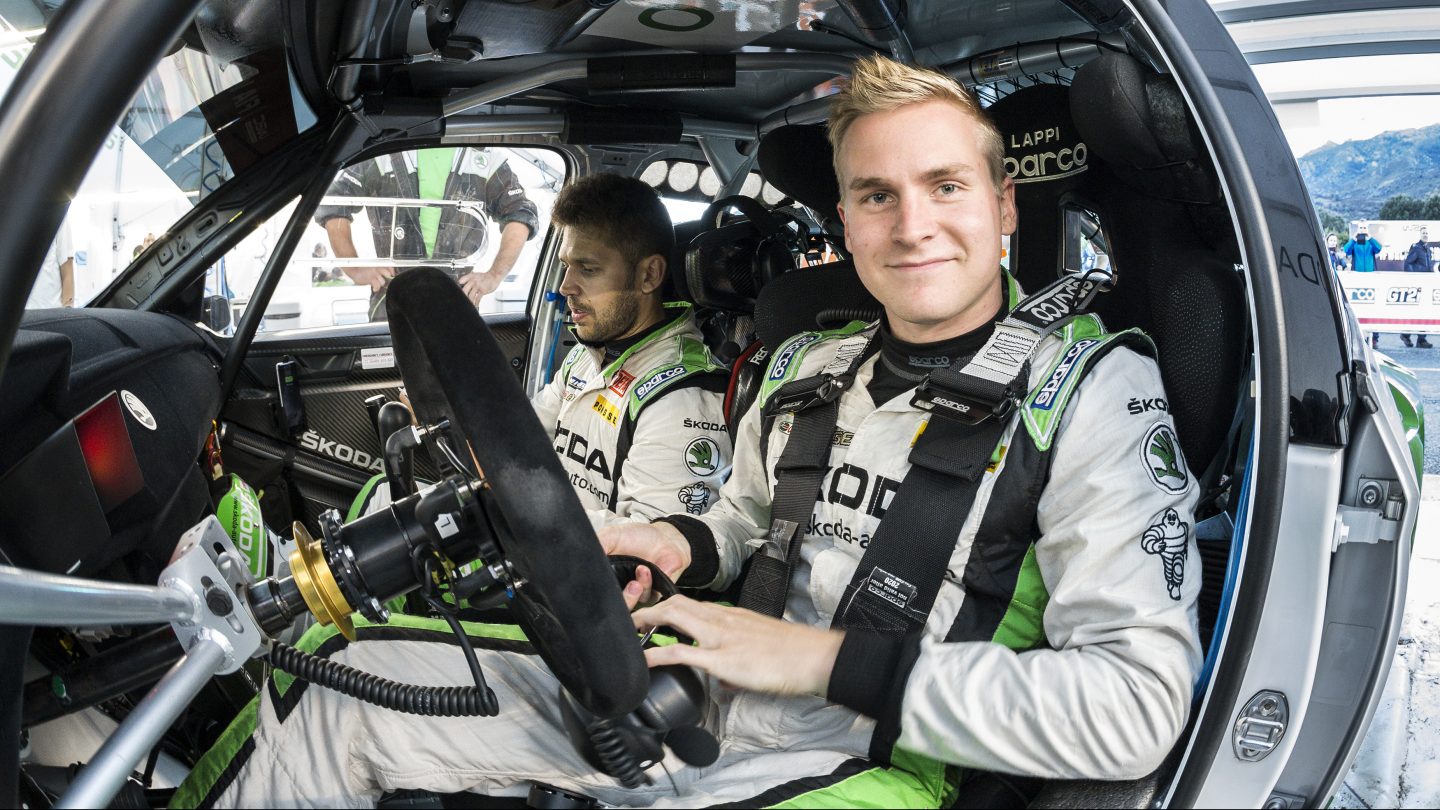 › New ŠKODA Fabia R5 on the podium once again on its sixth start in WRC 2
› Esapekka Lappi/Janne Ferm move up into second place in the WRC 2 overall standings
› Michal Hrabánek: “The ŠKODA team and the Fabia R5 have also mastered this difficult challenge”

Ajaccio/France, 4 October 2015 – The works duo Esapekka Lappi and Janne Ferm (FIN/FIN) finished second at the Rally Corsica to continue ŠKODA’s run of success in the FIA World Rally Championship (WRC 2). This means that the new ŠKODA Fabia R5 has made it onto the podium in all six of its WRC 2 starts this year. Lappi moved up two places in the overall standings of WRC 2 to take second place, keeping his hopes of the title alive. ŠKODA Motorsport also defended their top position in the team standings for WRC 2. 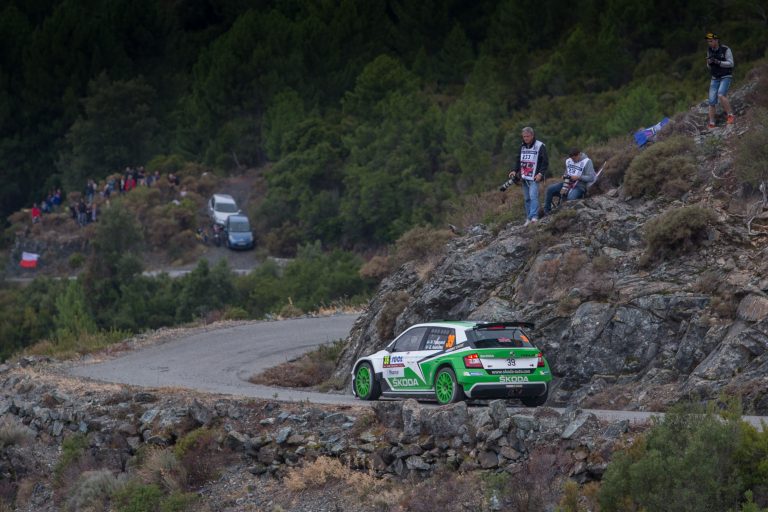 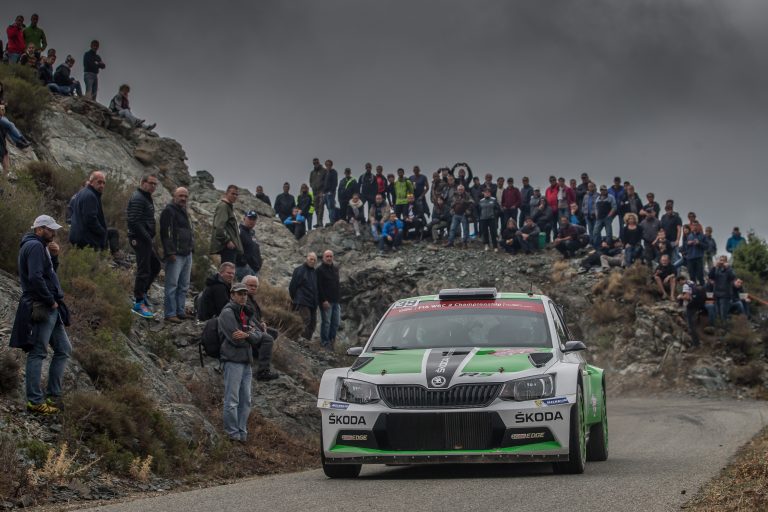 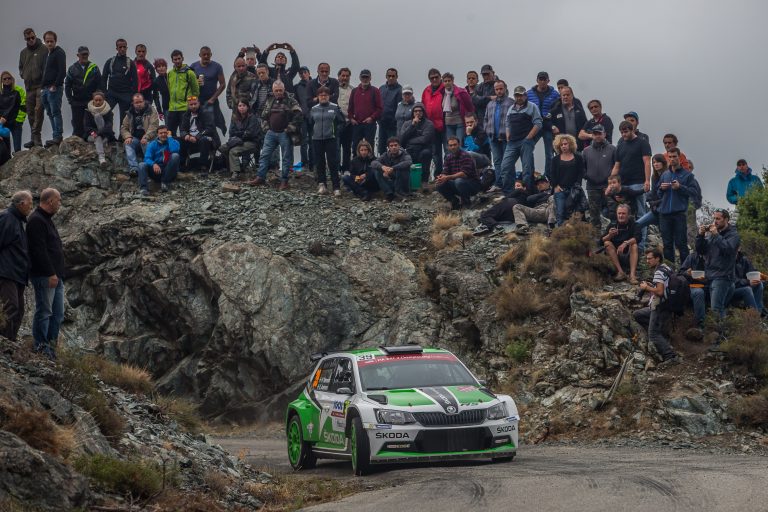 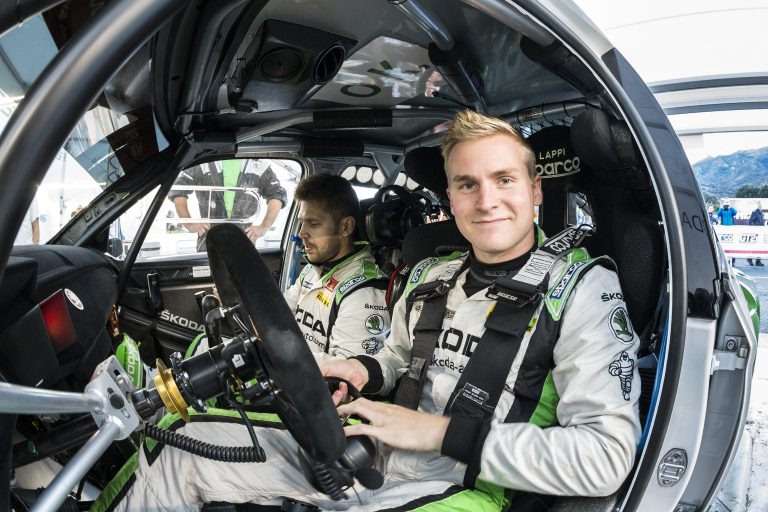 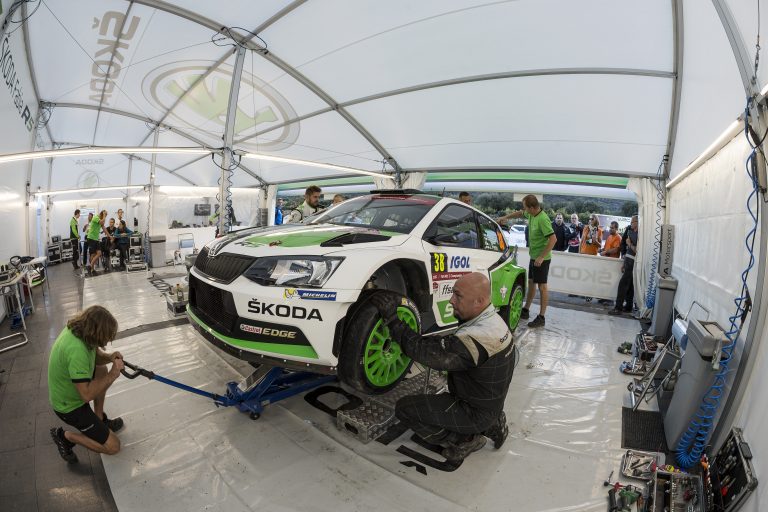 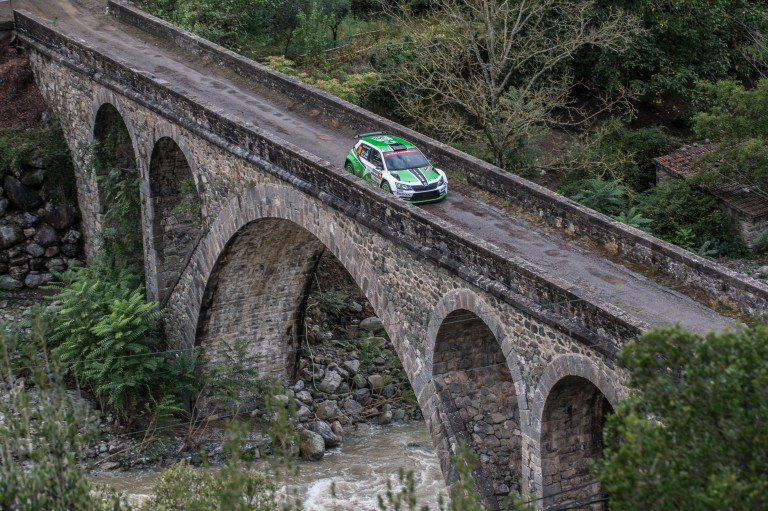 “A storm and complicated track conditions: The Rally Corsica, which is demanding anyway, really was an even bigger challenge than usual this year. However, the ŠKODA team and the Fabia R5 also mastered this difficult challenge. Special praise goes to Esapekka Lappi and Janne Ferm, who kept a cool head in these conditions and truly deserved their spot on the podium,” said ŠKODA Motorsport Director Michal Hrabánek.

After seven special stages and well over 245 kilometres, Lappi trailed Frenchman Julien Maurin by just 20.9 seconds at the “rally of 10,000 turns”. After a thrilling duel lasting for the duration of the rally, it was not until the last stage of the final day that the winner was decided. “Of course we would have loved to win, but we are very pleased with second place. It was one of the most difficult rallies of my career, with the completely unpredictable conditions on the asphalt on day one in particular. Water, stones, mud – fortunately our ŠKODA Fabia R5 delivered another perfect performance,” said Lappi.

As it has at all six WRC 2 appearances this year since the official unveiling of the new rally car in mid April. After the top three positions in Portugal (Esapekka Lappi 2nd, Pontus Tidemand/S 3rd), Sardinia (Jan Kopecký/CZ 3rd), Poland (Lappi 1st, Tidemand 2nd), Finland (Lappi 1st, Tidemand 2nd) and Germany (Kopecký 1st), Lappi claimed the works team’s ninth WRC 2 podium position in the ŠKODA Fabia R5 on Corsica. The “Flying Finn” is in second place in the WRC 2 overall standings going into the remaining two events of the season and trails front-runner Nasser Al-Attiyah (Q) by just nine points.

However, the great fighting spirit of the second ŠKODA works team of Pontus Tidemand/Emil Axelsson (S/S) went unrewarded at the Rally Corsica. After a best time on the first special stage on Friday, the Swedish duo had a spate of bad luck and were forced to finish the “rally of 10,000 turns” early. “First suspension damage, followed by tyre damage and then coming off the track on Sunday – it really was a rally best forgotten for us. But we will learn from our mistakes,” said Tidemand.

The 24-year-old Swede recently clinched ŠKODA’s fourth successive FIA Asia-Pacific Rally Championship (APRC) title. The new ŠKODA Fabia R5 also proved to be a sure-fire title winner in its first season. As well as its run of success in WRC 2, the car has already won three national championships. In the Czech championship, Jan Kopecký bagged the title before the end of the season after winning five events in a row. In Austria, veteran Raimund Baumschlager won the national championship in the Fabia R5. In Hungary, Norbert Herczig (H) was crowned national rally champion in the Fabia R5.

Number of the day for the Rally Corsica: 7

The Rally Corsica was won in just seven special stages this year. This is by far the fewest number of stages in the 13 events of the World Rally Championship this year. Nine special stages were originally planned for the Mediterranean island, however two of these had to be cancelled after a storm damaged the roads. In comparison: 23 special stages were on the itinerary for the WRC rally on Sardinia.