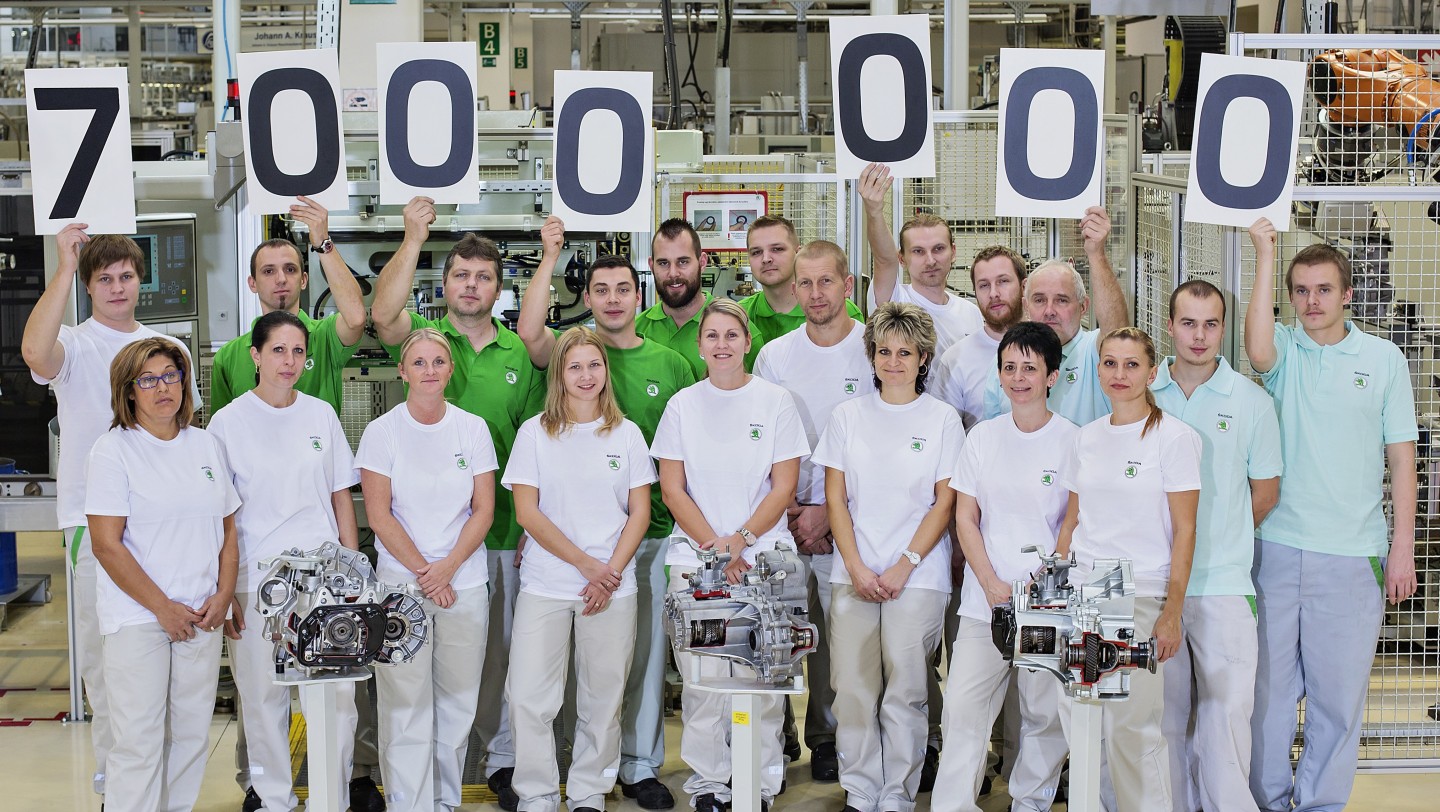 “Producing 7 million manual transmissions proves the competitiveness of our component manufacturing in Mladá Boleslav,” says ŠKODA Board Member for Production Michael Oeljeklaus. “The gearboxes produced in Mladá Boleslav and the DSG transmissions manufactured in Vrchlabí boast the highest quality and absolute reliability in millions of applications every day. Over the coming years, we are going to further strengthen ŠKODA’s powertrain production.”

The MQ 200 gearbox has been running off the production lines at Mladá Boleslav since 2000. It is installed in petrol vehicles with an engine capacity of 1.0 to 1.6 litres.  These include ŠKODA’s current vehicles, as well as models made by Volkswagen, Audi and Seat. The production volume for the MQ 200 is currently around 1200 units per day.

The MQ 100 gearbox has been produced in Mladá Boleslav since 2011. It was originally conceived for the Volkswagen Group’s ‘new small family’ series, which includes the ŠKODA Citigo, VW up! and the Seat Mii. The MQ 100 gearbox has since also been used in the ŠKODA Fabia, as well as other small cars manufactured within the Volkswagen Group, each in combination with 1.0-litre petrol engines. The daily production capacity is approximately 1400 units.

In addition to MQ assembly at the main plant in Mladá Boleslav, the production of the modern direct gearbox DQ 200 at the Vrchlabí plant is another pillar of ŠKODA’s transmission production. Since the start of production in 2012, ŠKODA has invested some 210 million euros into the production facilities there in association with the Volkswagen Group. Furthermore, the carmaker intends to expand the production capacity at the Vrchlabí plant: The daily manufacturing volume is set to increase to 2000 DQ 200 gearboxes by March 2016. Approximately 960,000 DQ 200 gearboxes have been produced there to date. The site employs around 1000 people in the region.