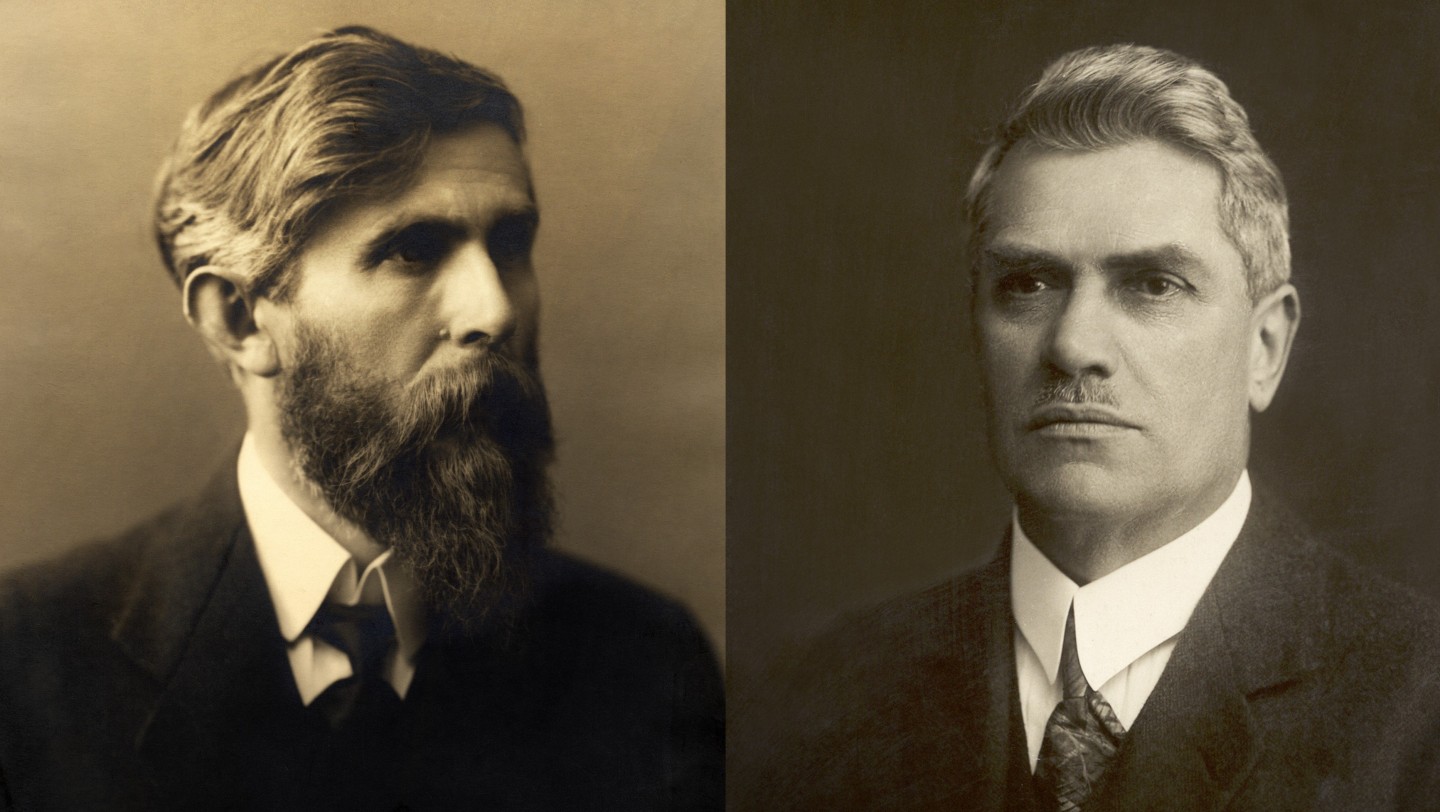 ​› December 1895: mobility pioneers Laurin and Klement lay the foundation for one of the oldest vehicle production companies in the world
› Fascinating success story: From bicycle factory to international automobile manufacturer
› Brand Power: Over 17 million ŠKODA and L&K cars sold
› New era: ŠKODA will be expanding model range over coming years

​Mladá Boleslav, 11 December 2015 – This month ŠKODA will be celebrating the company’s 120th anniversary, making it one of the longest-established vehicle production companies in the world. The carmaker’s origins lie in the pioneering days of the automobile. The competence and reputation of the ŠKODA brand is based on twelve decades of tradition and experience in automotive engineering and on the craft and engineering skills of Czech industry. Enthusiasm for mobility has driven ŠKODA since the company was founded, and the brand can look back on a rich tradition with numerous automotive icons. Over the past 25 years in the Volkswagen Group, ŠKODA has developed into an internationally successful volume manufacturer. Between 2010 and 2015, the company implemented the largest model campaign in their history. In the years ahead, ŠKODA plans to continue this success by further expanding their model range. 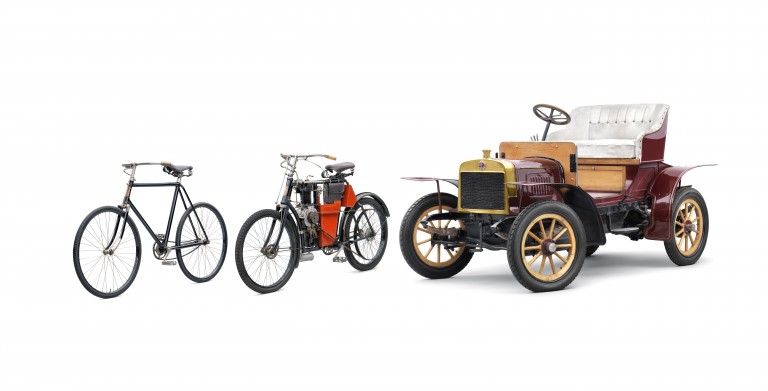 With courage, determination and a great deal of pioneering spirit, the two founders Václav Laurin and Václav Klement laid the foundation for ŠKODA’s 120-year success story in Mladá Boleslav, December 1895. Their first dreams of mobility arose from their passion for technology and their uncompromising quest for improvement. Dreams that, in many ways, ŠKODA continues to use as a foundation in their ascent to international success, nowadays competing with the best manufacturers in the industry.

“ŠKODA is a great automotive brand with an impressive history, and has seen some fantastic developments, particularly over the past 25 years,” says ŠKODA CEO Bernhard Maier. “The entire company is proud of our moving and eventful history. Both enthusiasm and passion for mobility have been the driving force behind ŠKODA since the company was founded. Being aware of our unique heritage and based on our attractive model range, we plan to continue this success in the years ahead, and win over new customers to the brand.”

120 years of ŠKODA encompasses a fascinating history of outstanding automotive icons. ŠKODA emerged in the pioneering days of the automobile, and is closely connected to the craftsmen’s and engineers’ enthusiasm for technology in the heart of Europe. ŠKODA constantly built vehicles that were something special, and made automotive dreams come true. These genes have been passed down to the whole ŠKODA team today.

Everything began with Laurin and Klement’s small bicycle workshop in December 1895. At that time, bicycle mechanic Václav Laurin and businessman Václav Klement founded the Laurin & Klement (L&K) company. What began as a repair workshop quickly developed into a recognized bicycle manufacturer. The bicycles, which were a success on the domestic market and abroad, were sold under the brand name ‘Slavia’. Business was bright. Just four years later, Laurin and Klement began producing motorbikes.

In 1905, the company made the breakthrough into automobile manufacturing with the Voiturette A. The automobile had a 7-hp two-cylinder engine and reached a maximum speed of 40 kilometres per hour.

The range quickly expanded. Back in 1907, L&K was the largest car producer in the former monarchy of Austria-Hungary with nine models in their range – from small two-cylinder cars and a four-cylinder racing car to vans and buses.

The First World War, the post-war aftermath and the crisis of the 1920s affected the further development of L&K to a considerable extent. To strengthen their market position, L&K merged with the ŠKODA works, Pilsen in 1925, which was then the largest company in the Czech Republic.  By joining forces with ŠKODA, the company successfully branched out, relaunching automobile production in Mladá Boleslav.

Several legendary ŠKODA vehicles arose in the 1930s. The first true people’s car, affordable for the Czechoslovak masses, was the ŠKODA 420 Popular. It was followed by other automotive milestones, such as the prestigious six-cylinder flagship ŠKODA 640 Superb, which characterised ŠKODA’s success at that time. The Second World War brought a halt to this positive development.

ŠKODA was nationalized following WWII. Even under the difficult conditions of the socialist planned economy, a number of significant models were created in the 40 or so years as a ‘publically owned company’. These included the ŠKODA 1101 ‘Tudor’, the ŠKODA 440 ‘Spartak’ and the legendary Roadster ŠKODA Felicia. Another milestone came in 1964 with the ŠKODA 1000 MB, the first ŠKODA with self-supporting body, rear engine and rear-wheel drive. The world’s first mass-produced die-cast aluminium engine could be found in the rear.

In 1987, the ŠKODA Favorit became the brand’s new front-wheel drive compact car, created by the design studio Bertone in Italy: An automotive revolution for a country in the Eastern Bloc. Not two years later, the socialist planned economy collapsed.

Following the Velvet Revolution in 1989, ŠKODA needed a strong strategic partner. The merger with the Volkswagen Group in 1991 marked a decisive step in the brand becoming one of the greatest success stories of recent automotive history.

ŠKODA’s annual sales increased six fold between 1991 and 2014. In 2014, the brand sold more than 1 million vehicles in one calendar year for the first time. From being a one-model brand, ŠKODA today boasts an attractive and comprehensive model range with around 40 model versions.

Alongside the expansion of the ŠKODA model range, the company’s production facilities have been extensively updated and expanded: In addition to the three manufacturing locations in the Czech Republic, ŠKODA models run off the production lines at international sites, including those in China, Russia and India.

The company has plans to continue their success over the coming years.  This will involve expanding the ŠKODA model range, focusing on the growing Sport Utility Vehicle (SUV) segment.

2015 – SKODA CELEBRATES THE YEAR OF ANNIVERSARIES 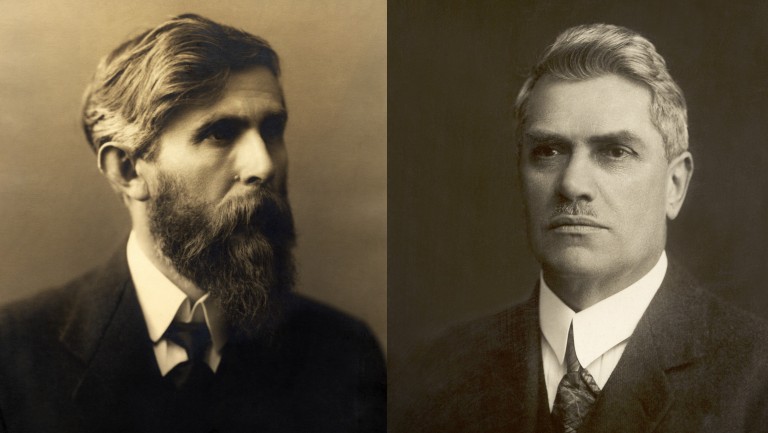 2015 - SKODA CELEBRATES THE YEAR OF ANNIVERSARIES