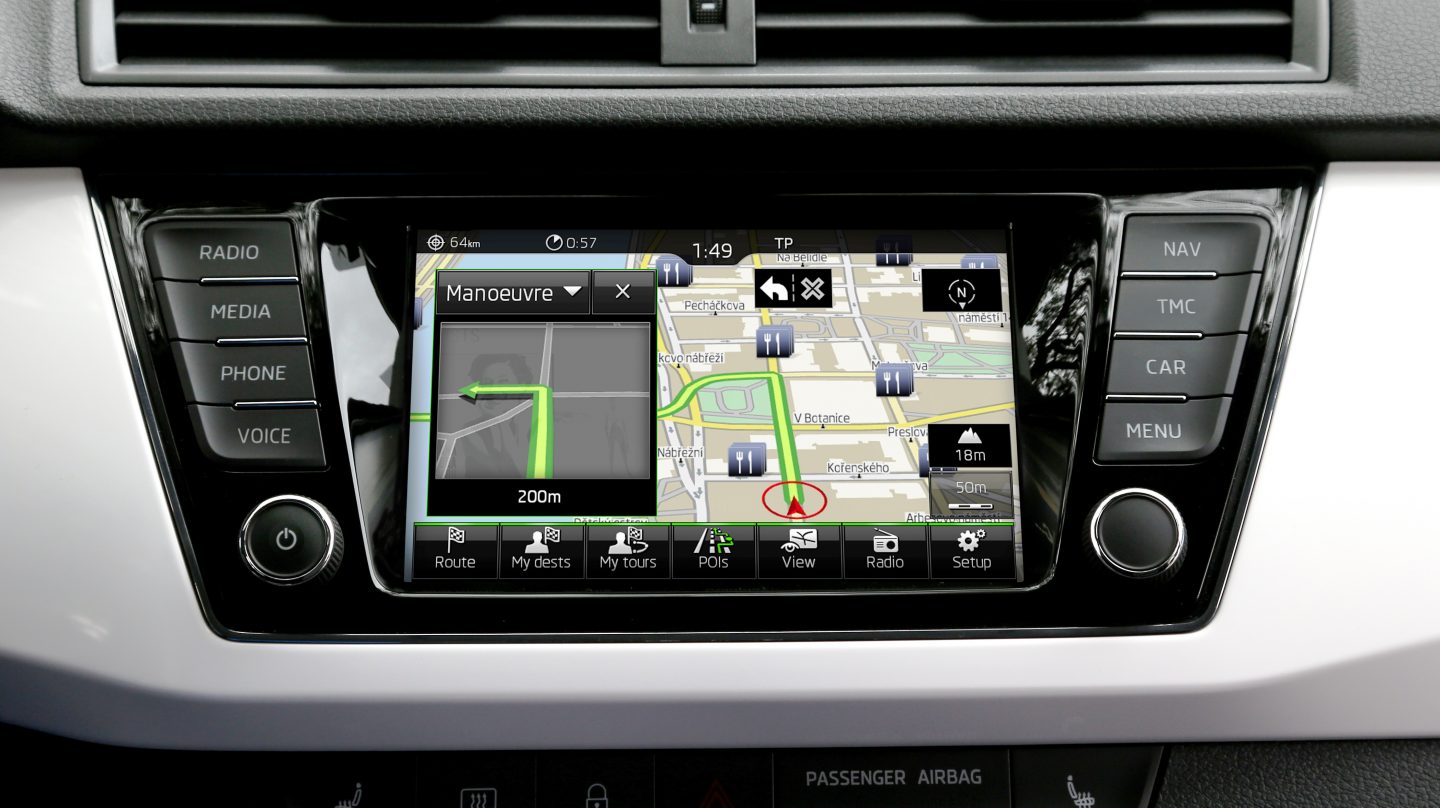 Mladá Boleslav, 28 April 2015 – With the new ŠKODA Superb, the next milestone in ŠKODA’s model campaign will take place in just a few weeks. In addition, the Czech car manufacturer is placing greater emphasis on model upgrades in 2016, and is presenting an array of attractive new features for its vehicle range. In June, the new special model of the ŠKODA Octavia RS 230, as well as the new ŠKODA Fabia Monte Carlo, will be heading to the dealer showrooms. From June, there will also be a wealth of new product features for the Octavia, Rapid/Rapid Spaceback and Yeti models. More infotainment and more connectivity are priorities. In addition, ŠKODA’s product range is switching to the more environmentally friendly Euro 6 engines. The ŠKODA Rapid and ŠKODA Rapid Spaceback will benefit from new safety assistance systems. 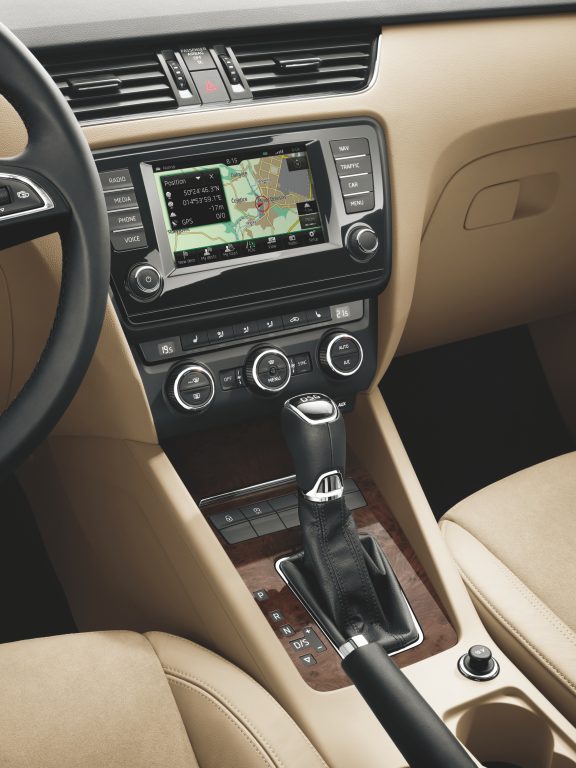 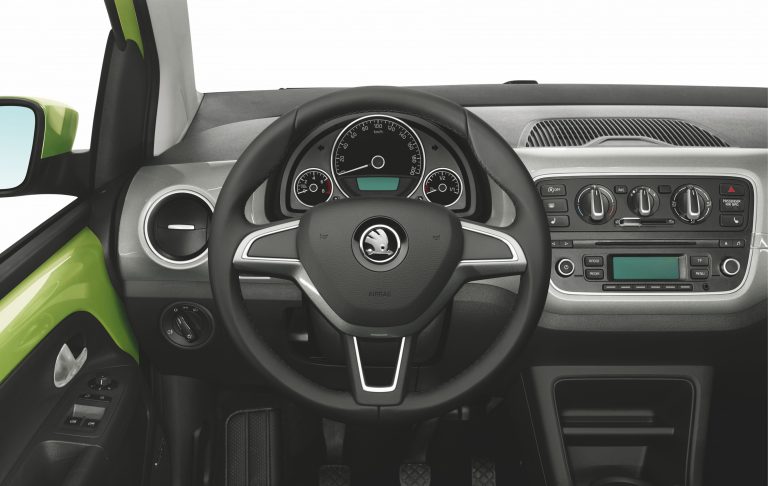 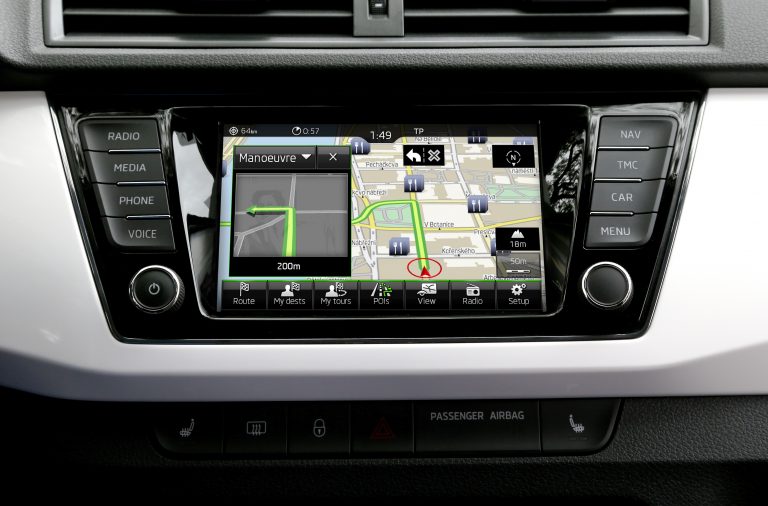 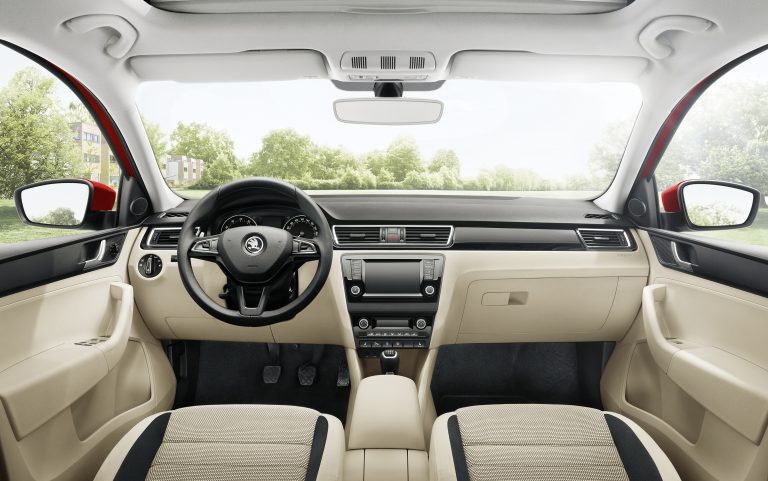 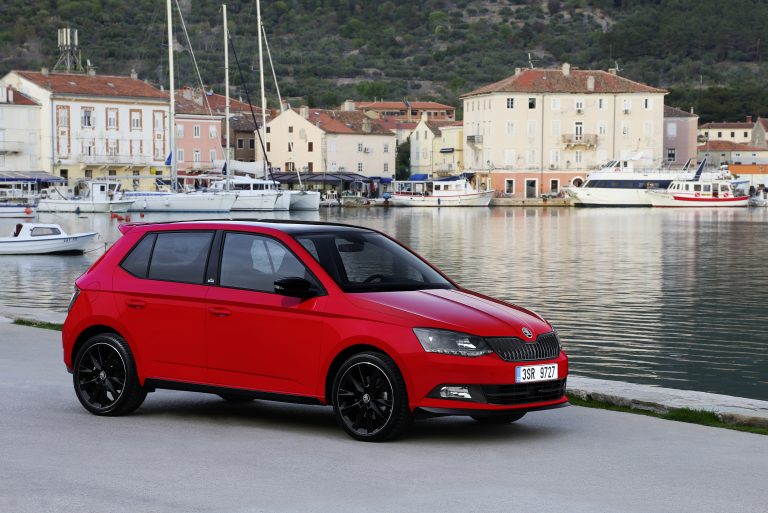 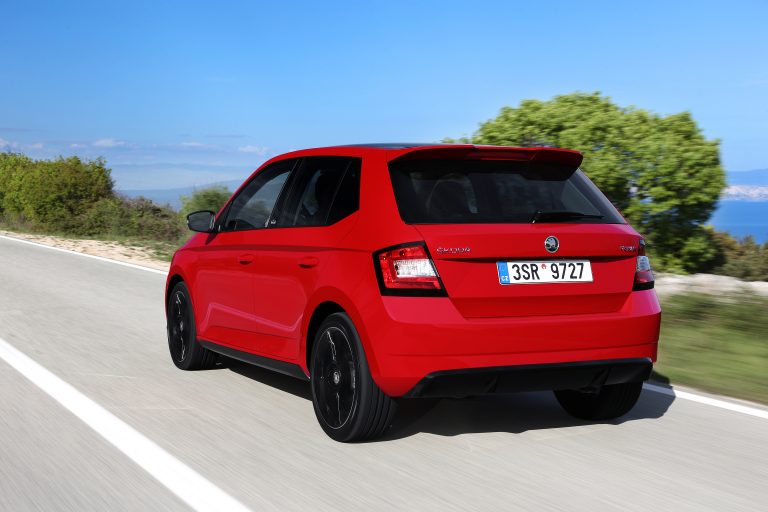 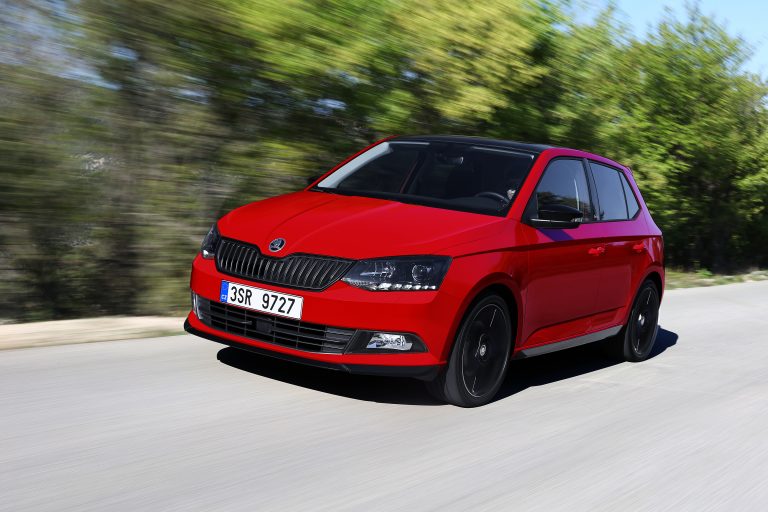 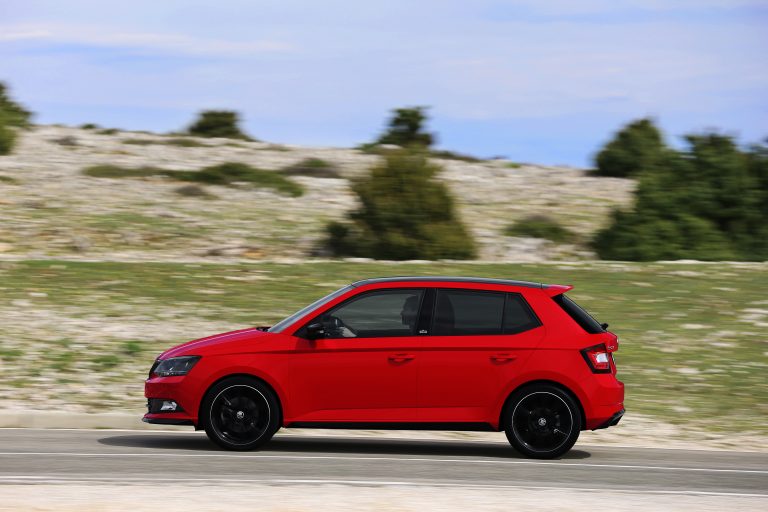 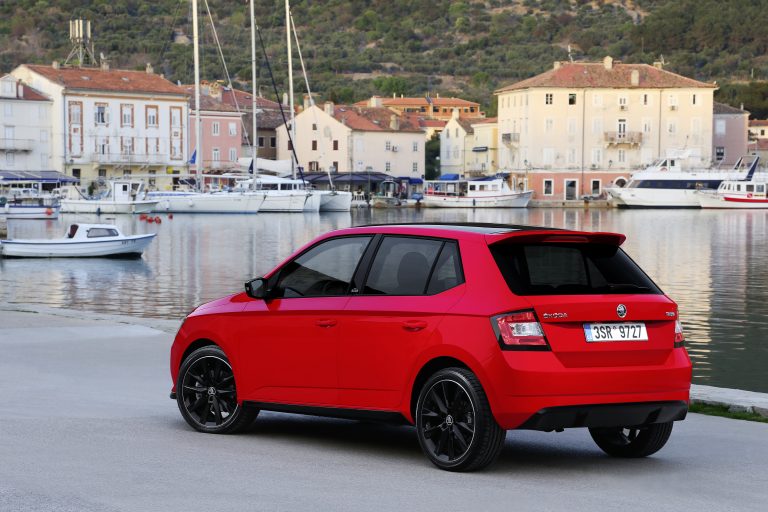 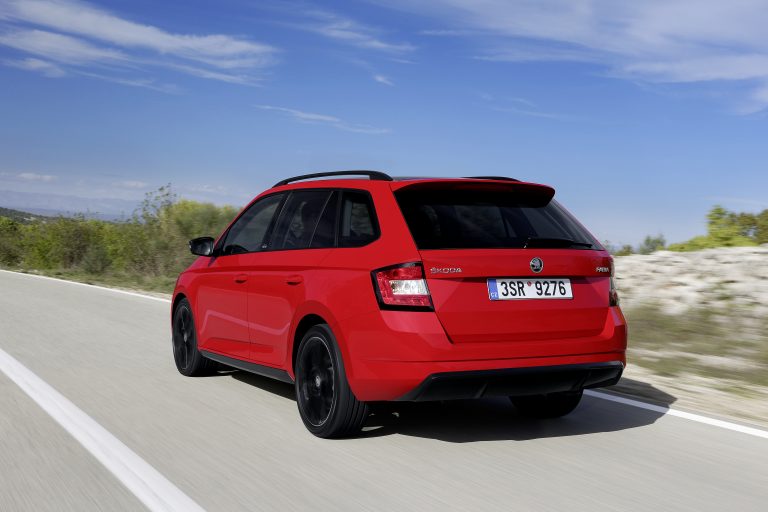 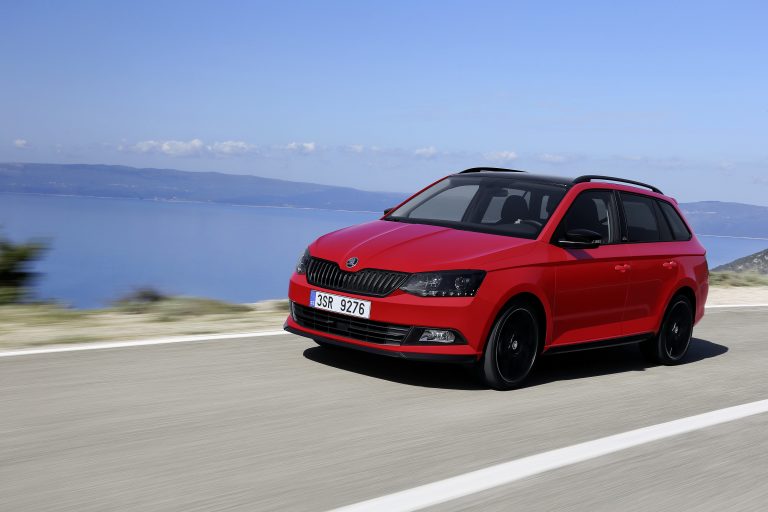 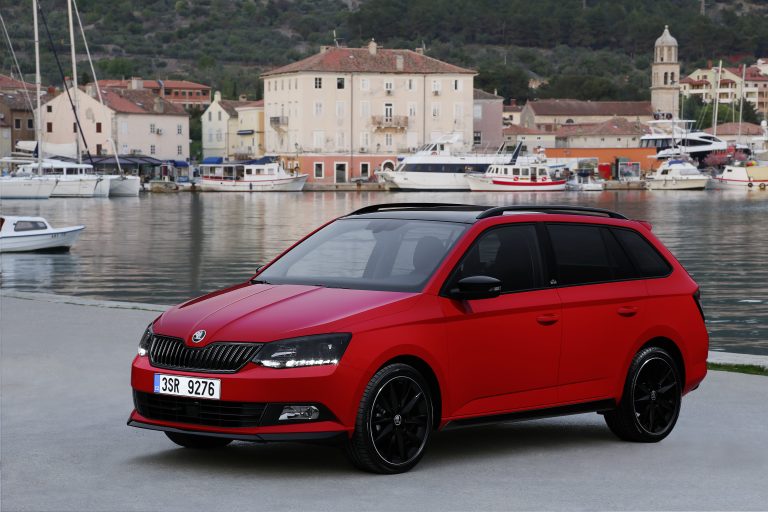 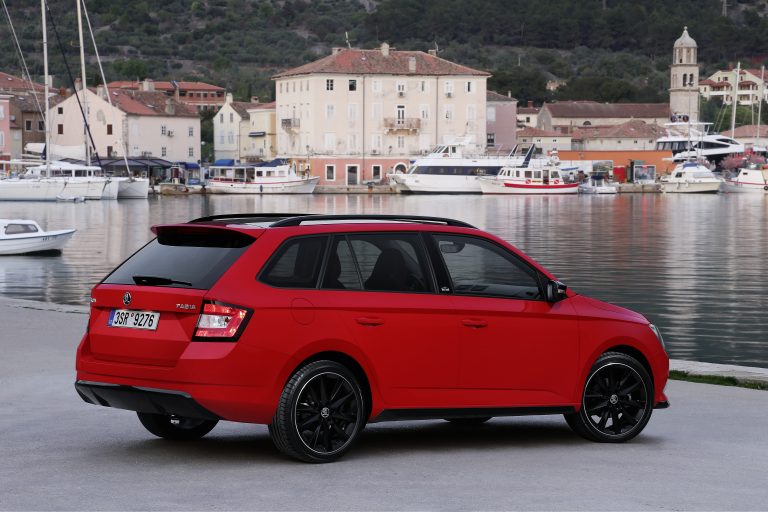 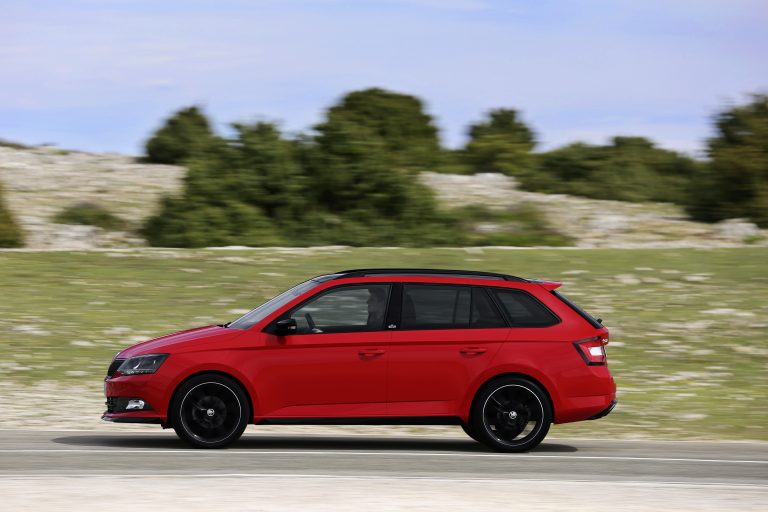 The new ŠKODA Superb will be celebrating its sales premiere in few weeks. With its expressive design, impressive technical qualities and outstanding interior space, the completely redeveloped ŠKODA Superb is setting new benchmarks in its segment and marks the beginning of a new era for the brand. ŠKODA’s flagship is revolutionising the brand’s design language. Based on the Volkswagen Group’s innovative MQB technology, ŠKODA’s top model reaches new heights in its third generation when it comes to safety, connectivity and the environment, taking it to the upper-end of the automotive mid-class.

The new ŠKODA Fabia Monte Carlo will also be available in the markets from June – as a hatchback and estate. With its attractive look, rugged interior and comprehensive range of new equipment, the ŠKODA Fabia Monte Carlo is one of the most exciting vehicles in its class. Most important features: black 16- or 17-inch alloy wheels, optional sports suspension, black exterior design features, SunSet (tinted rear window and rear side windows) as well as a tinted panoramic glass roof. Amongst other features, the interior comes with a leather three-spoke sports steering wheel, black interior as well as uniquely designed sports seats. Available since 2011, the second-generation ŠKODA Fabia was the first ŠKODA production model on the market in the Monte Carlo version. In 2014, the Czech manufacturer expanded its Monte Carlo range to the Citigo, Yeti and Rapid Spaceback models. The Monte Carlo design is a tribute to ŠKODA’s 114-year tradition in motorsport success.

Pure sports emotion – the new ŠKODA Octavia RS 230. The new ŠKODA special edition will be available from June. The sportster scores points with racy designs, a sporty interior, modern technology and impressive handling performance. The ŠKODA Octavia RS 230 is the brand’s first car to feature electronically controlled front axle inter-wheel lock as standard – a feature that is particularly attractive for dynamic passages through corners. The ‘230’ in the new RS special model’s name refers to its horsepower, as it is propelled by a 169 kW or 230 hp two-litre petrol engine. ŠKODA has upgraded the two-litre TSI, used in the ŠKODA Octavia RS 230, by 7 kW / 10 hp. Combined with the manual six-speed gearbox, the Octavia RS 230 hatchback accelerates from 0 to 100 km/h in just 6.7 seconds. Top speed is achieved at 250 km/h. This makes the ŠKODA Octavia 230 RS the fastest production Octavia of all time.

All ŠKODA models with Euro 6 engines

With the launch of the new ŠKODA Superb, ŠKODA is upgrading their entire model range in Europe to modern and environmentally friendly Euro 6 engines. From the beginning of June 2015, all ŠKODA models – from the Citigo to the new Superb – will be available with the most up-to-date petrol engines from the EA 211/EA 888 series or with the TDI common-rail diesel engines from the Volkswagen Group’s EA 288 series, including stop-start system and brake energy recovery (for Citigo optional).

There are no changes in performance for the ŠKODA Citigo’s Euro 6 engines: the urban car is available with two three-cylinder petrol engines (EA 211) with an optional 44 kW (60 hp) or 55 kW (75 hp), both with a 1-litre capacity. Also available: the Citigo G-TEC, the CNG version.

The new ŠKODA Fabia, launched at the end of 2014, is only available with newly developed Euro-6 drivetrains. There are four petrol engines (three- and four-cylinder EA211 engines) and three new three-cylinder diesel engines from the EA 288 series.

Connectivity at its best with SmartLink and SmartGate – innovative technology for the Superb, Octavia, Rapid/Rapid Spaceback, Yeti and Fabia

The new ŠKODA Fabia, launched in November 2014, introduced some new features for more infotainment and connectivity in the Czech brand’s model series. ŠKODA is now extending the new connectivity features to other vehicles. Their innovative technology is based on Volkswagen Group’s MIB, the Modular Infotainment Matrix (Modularer Infotainment-Baukasten).

The new ŠKODA Superb fulfils the highest demands as regards connectivity. In total, there are four completely new infotainment systems based on the second MIB generation. The top-of-the-range Columbus system has the option of integrated high-speed internet access based on the LTE standard. This is a first for ŠKODA.

The ŠKODA Superb can now be fully connected to your smartphone and operated on the infotainment screen using selected apps. SmartLink covers the standards MirrorLink™, Apple CarPlay and Android Auto. Developed by ŠKODA, the SmartGate interface gives you the possibility of retrieving specific vehicle data on your smartphone and using it on the go. The new ŠKODA Media Command App even allows you to control the infotainment system on your phone. The Wi-Fi hotspot feature is integrated into the Columbus infotainment system and the new ŠKODA App, even allowing people in the back to operate the functions using their smart device.

Fantastic connectivity solutions are also available for the Octavia, Rapid/Rapid Spaceback and Yeti as part of the 2016 facelift.  These models will come with SmartLink upon request, covering the standards MirrorLinkTM, Apple CarPlay and Android Auto. SmartGate is also available as an option for the Octavia, Rapid/Rapid Spaceback and Yeti. The Octavia will feature the Bolero and Amundsen infotainment systems with larger, higher resolution screens: the displays have increased in size from 5.8 to 6.5 inches – 800×480 resolution.  In addition, the Columbus infotainment-navigation system can be operated from the back, again using the specifically designed app.

In response to customer demand, ŠKODA has broadened the infotainment package for the ŠKODA Fabia to include the built-in navigation system Amundsen. The Amundsen radio-navigation system offers a 2.5-D graphic with an 800×480-screen resolution.  MapCare in Europe is included as a series-standard element of the navigation system.  This entitles customers to six free updates within three years of the initial purchase.

As a crossover-estate released in mid-2014, the ŠKODA Octavia has excellent handling also on poor roads; the model features powerful all-wheel drive and a rugged off-road look. The individual all-rounder is now even more versatile; from June 2015, the Octavia Scout will be available with an off-road mode. ŠKODA already offers this technology today in their compact SUV – the Yeti.

How does it work? By pressing the ‘off road’ button on the dashboard, the driver can activate many useful functions that make manoeuvring in difficult terrain easier. This is primarily involved in setting off/traction, breaking and downhill driving. The off-road mode works at speeds up to 30 km/h. A green control light illuminates on the dashboard when in operation. The off-road function is automatically deactivated at speeds over 30 km/h and the green light goes out.

The ASR off-road, EDS off-road and traction functions improve the acceleration and traction performance of the ŠKODA Octavia Scout. The ASR off-road traction control makes setting off easier especially on loose surfaces like gravel or pebbles. With the help of the electronic differential lock (EDL off-road), the force is distributed optimally over all four wheels even in difficult situations. The electronic traction aids uphill starts when driving in the mountains or when a trailer is attached.  This includes limiting the revs to 2500 rpm with your foot to the floor. When activated, the Hill Descent Control System makes braking downhill safer – both forward and reverse – on snowy or high-incline roads or steep slopes.

The already high safety level of the ŠKODA Rapid series is going to be improved. At the end of May, a whole host of innovative safety systems will be available upon request.  The new radar-based Front Assistant is triggered before an impending collision. An integral part to this is the city emergency braking function for speeds between 5 and 30 km/hr. The multi-collision brake will also be available upon request for the Rapid and Rapid Spaceback. This reduces the risk of the vehicle colliding with other vehicles following an initial accident on the road.

The Trailer Stability Assistant/TSA will also be available for the Rapid and Rapid Spaceback in the EU, increasing safety when driving with a trailer. The function is automatically activated when the outlet of the trailer coupling is attached to the vehicle. While driving, the TSA continuously analyses possible trailer yaw movements that may arise in certain driving manoeuvres. If the trailer begins to swing in a pendulum-like motion, the TSA intervenes to stabilize both the trailer and car. This is carried out in two stages: The first stage involves automatically baking individual wheels. Should that not be sufficient to bring the oscillations under control, the second stage involves slowing the vehicle and trailer down together.  The Trailer Stability Assistant works based on the sensors in the Electronic Stability Program ESC.

The Driver Activity Assistant is also available for the ŠKODA Rapid and Rapid Spaceback, warning the driver if they are fatigued. In addition, the Parking Distance Control front and rear is celebrating its premiere in the ŠKODA Rapid. The Rapid is also going to be available with LED daytime running lights. This is integrated into the front fog lights.

The Light Assistant is also new in the ŠKODA Rapid. This function automatically turns on the low-beam lights when ambient light drops below a certain value, for example in the evening or driving through tunnels. Another new addition is the automatic lock and start system KESSY (Keyless-Entry-Start-and-Exit-SYstem). With KESSY, you can lock and unlock the car and start the engine without a physical key. The Rapid now features the Easy Start version. Easy Start combines the remote central locking with a folding key and engine start at the push of a button. The ŠKODA Rapid has another new feature, too: the indicators have moved from the bumper to the side mirror.

There are also a host of innovations for the brand’s urban car – the ŠKODA Citigo. These include new options for the interior design and new steering wheels, as well as optional LED daytime running lights and wheel designs. New function packages include, for example, a multimedia holder, waste bin and a make-up mirror.