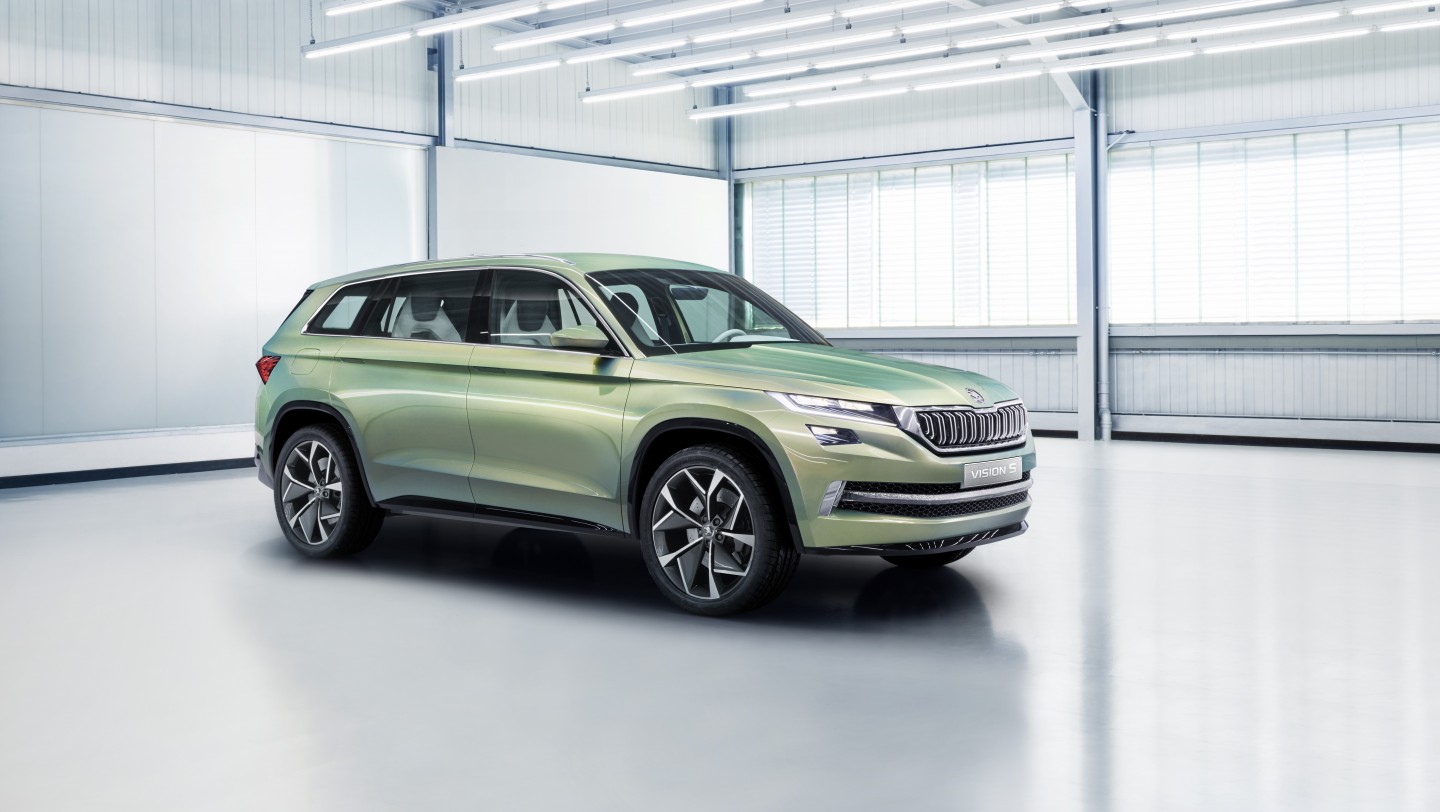 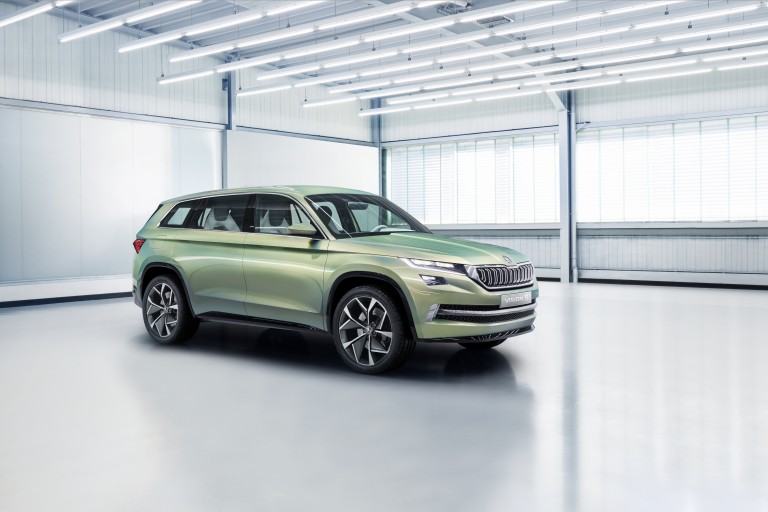 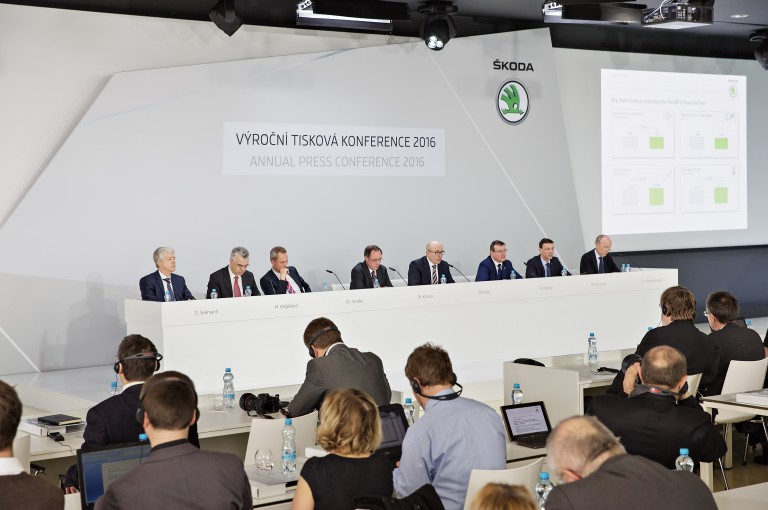 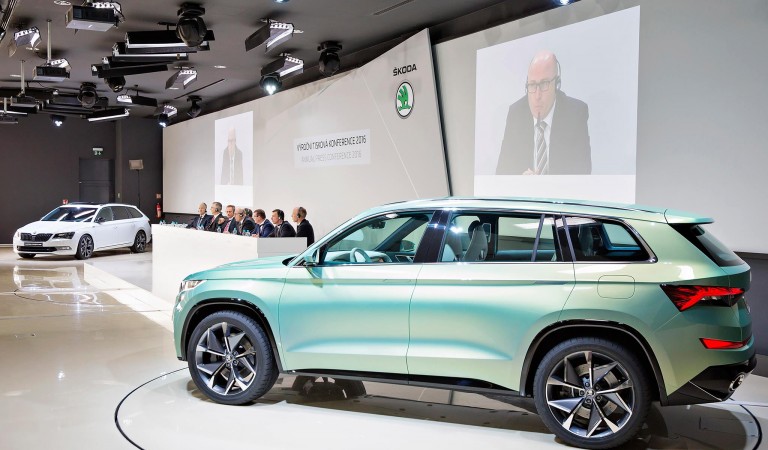 “2015 was a good year for ŠKODA. Despite challenging market conditions, the company remained on course throughout the fiscal year, setting new records in deliveries, revenue and earnings,” says ŠKODA CEO Bernhard Maier. “This shows that ŠKODA has achieved a new level of performance. Our success is sustainable.” In light of the current fiscal year, Maier adds, “The automotive industry as a whole is facing major challenges. In this environment, ŠKODA will continue to drive the company’s growth throughout 2016, while investing in the brand’s future under the 2025 Strategy. This will specifically involve alternative automotive concepts, the digitization of individual mobility with new offers for our customers, and the expansion of our SUV model range.” Among other things, ŠKODA will be launching a new, large SUV this autumn, thereby strengthening the brand’s position in this important vehicle segment.

For ŠKODA, 2015 was once again dominated by ŠKODA’s largest model campaign of all time. One special highlight was the market launch of the new ŠKODA Superb. The dimensions and spaciousness of the Superb position the model at the upper end of the automotive mid-class. In addition to the qualities of functionality, spaciousness and value for money that have popularized ŠKODA, the new Superb heralds the dawn of a new era for the brand in terms of design and technology.

“The success of the ŠKODA brand in the 2015 fiscal year is the result of a great team effort. We would like to thank the employees for their personal commitment. I would also like to extend my thanks to the KOVO trade union who once again accompanied the company’s development constructively in 2015,” says ŠKODA Board Member for HR Bohdan Wojnar.

The company’s success continued into the beginning of 2016. By the end of February, ŠKODA’s global sales had climbed 4.5% to 170,300 vehicles, setting a new record for the first two months of a year.

ŠKODA will be raising the bar even further over the coming months in the next phase of expanding their model range. The SUV show car ŠKODA VisionS celebrated its world premiere at the Geneva Motor Show in early March 2016. In addition to demonstrating the brand’s future SUV design language, the VisionS incorporates the most important technologies that ŠKODA will be developing over the coming years, with an emphasis on electric mobility, connectivity and assistance systems for safety and comfort.

The study marks the launch of ŠKODA’s SUV campaign. Over the coming years, the company will be strengthening their position in the important SUV segment with new products. The brand will be presenting their new large series-produced SUV model as early as autumn this year at the Paris Motor Show.

** comprises ŠKODA AUTO Group Production of the ŠKODA brand, without production in China, Bratislava/Slovakia or Pune/India, but does include other Group brands, such as SEAT, Audi and VW

*** Number of employees without agency staff, but including trainees

* ŠKODA brand worldwide
** comprises ŠKODA AUTO Group Production of the ŠKODA brand, without production in China, Bratislava/Slovakia or Pune/India, but does include other Group brands, such as SEAT, Audi and VW
*** Number of employees without agency staff, but including trainees