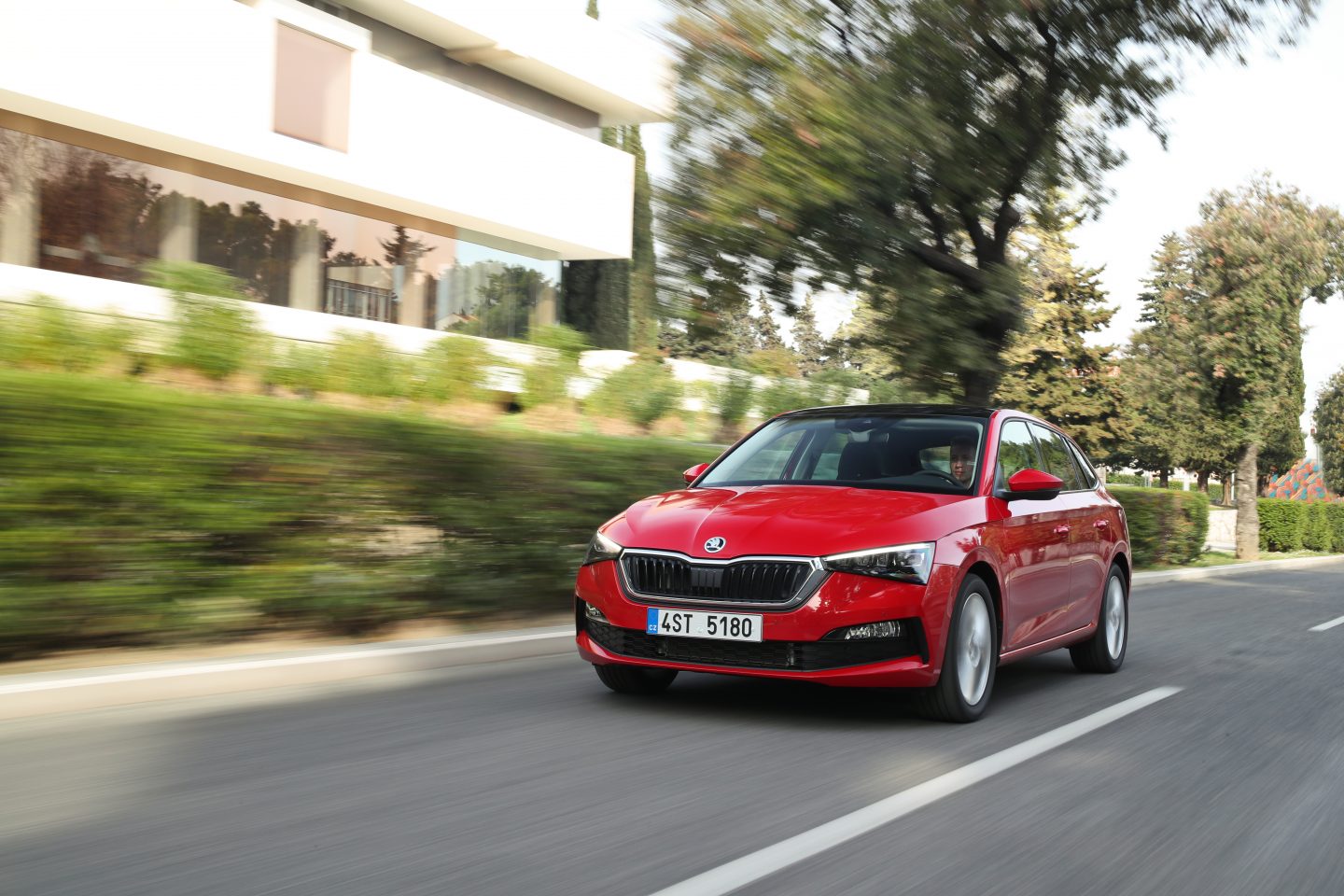 Mladá Boleslav, 26 July 2019 – ŠKODA AUTO on course for further growth: between January and June, the company’s sales revenue increased by 10.8% to 10.154 billion euros, while operating profit increased by 0.3% to 824 million euros in the same period. Return on sales remained at a high level in the first half of the year at 8.1%. ŠKODA AUTO invested heavily in the company’s future during the reporting period, increasing expenditure for research and development and investments in tangible assets (+33.8%). These funds are going towards new products, drive and battery technologies as well as further site development. 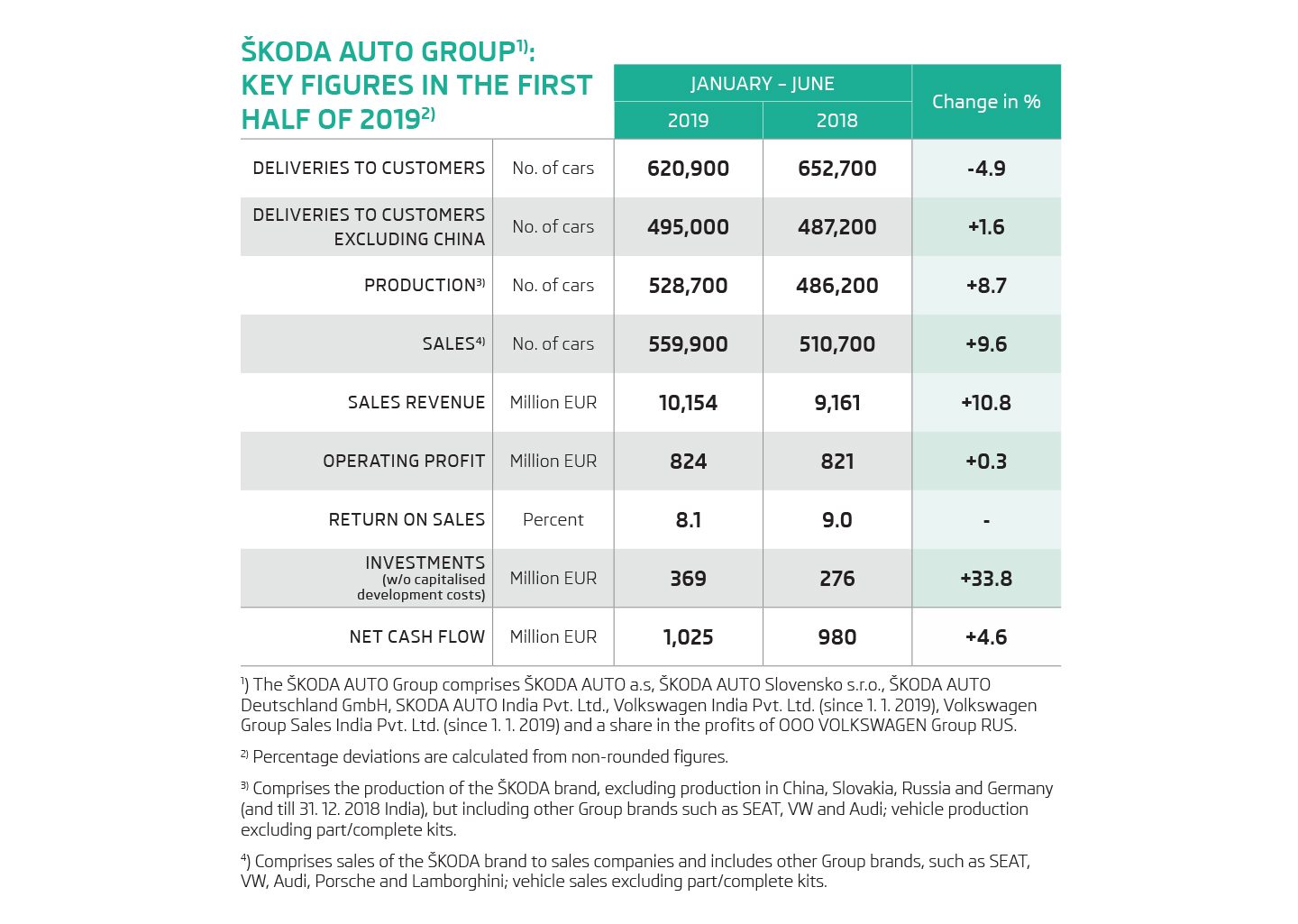 Bernhard Maier, ŠKODA AUTO CEO, says: “ŠKODA can look back on a solid first half-year, and the company remains on track. Our new compact SCALA and KAMIQ models have made a strong start in the market and have been very well received by our customers around the world. We anticipate some headwinds, however, due to the ongoing uncertaintieson the global markets. We expect growth impetus from the recently upgraded SUPERB and the new SUPERB SCOUT.”

In the first six months of 2019, sales increased to 559,900 vehicles (+9.6%), with sales revenue rising to 10.154 billion euros (+10.8%). The increase in sales and a part of the increase in sales revenue are attributable to the recent consolidation of other Group Brands’ Indian business following ŠKODA’s assumption of responsibility for the region. This has also had a significant impact on the return on sales compared to the previous year.

Klaus-Dieter Schürmann, ŠKODA AUTO Board Member for Finance and IT, explains: “Despite the increasingly challenging environment with markets currently in decline, we gained market shares in Europe and overseas in the first half of 2019 and achieved a very good operating profit of 824 million euros, which is slightly above last year’s level. Our active sales management with volume and mix improvements, as well as the first effects of our extensive performance programme, have paid off. Offsetting these factors were negative exchange rate developments and the intermediate need for higher spending, particularly in light of the switch to the new WLTP standard.”

In mid-May, ŠKODA introduced its new e-mobility sub-brand iV in the Slovakian capital of Bratislava alongside the upgraded SUPERB and the new SUPERB SCOUT. In addition, the manufacturer showed the first two electric series models in the company’s history, the CITIGOeiV and the SUPERB iV. This marks ŠKODA’s official entry into the era of electromobility. By 2022, the car manufacturer will have brought out 30 new models – including more than ten electric vehicles. 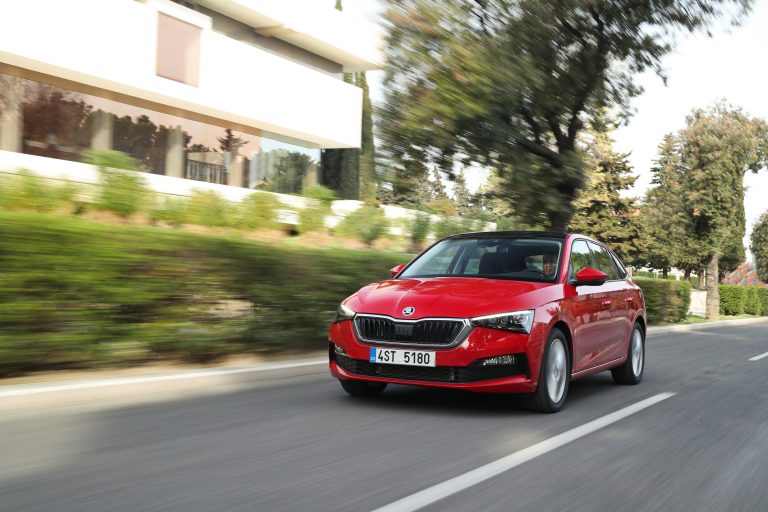 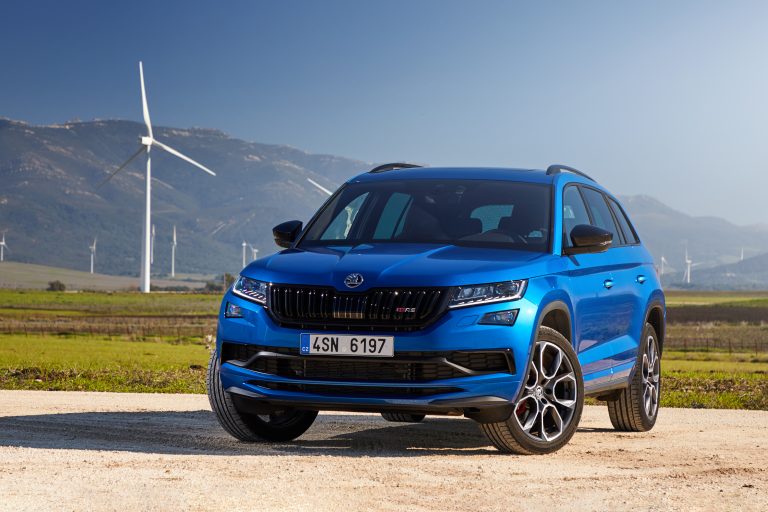