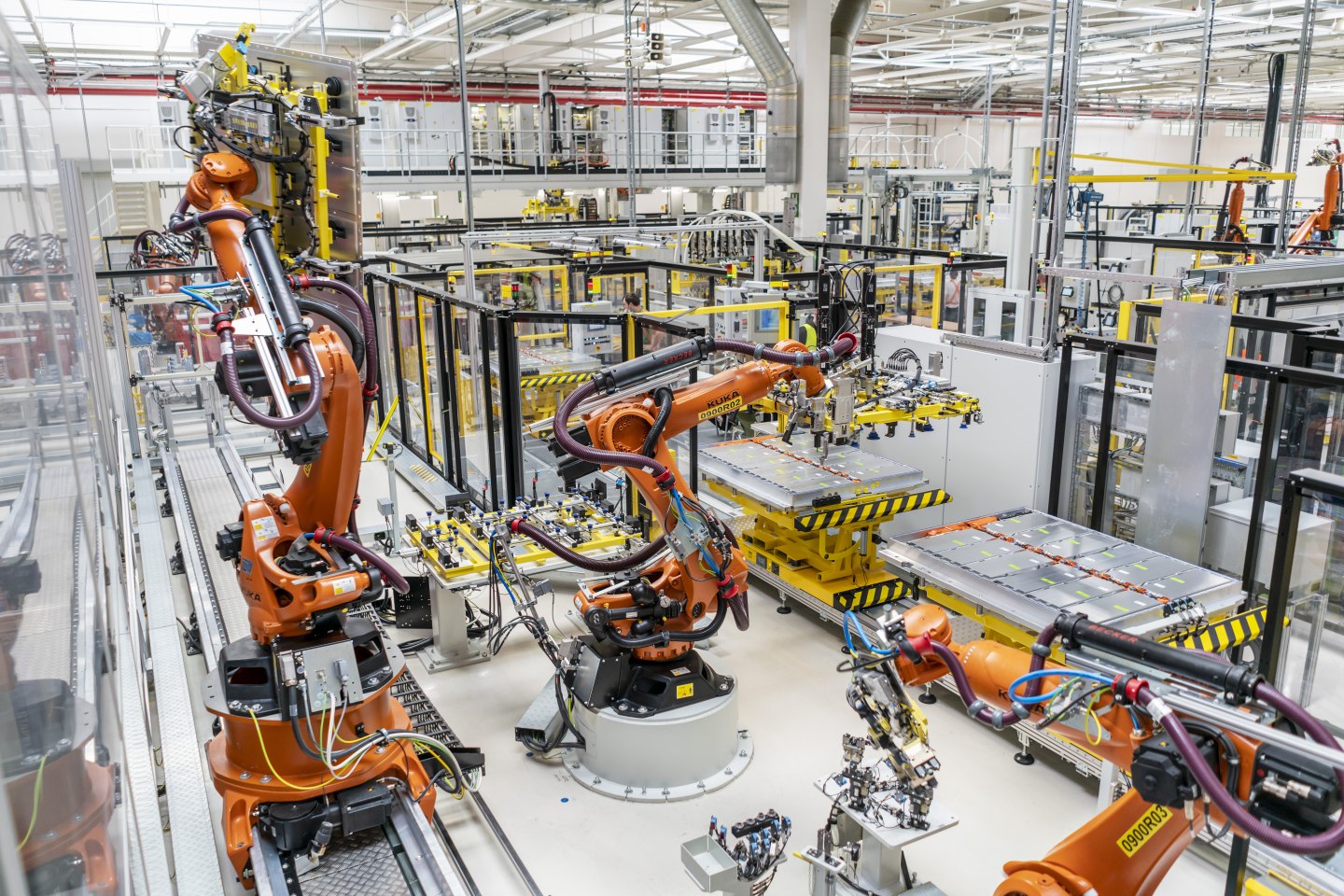 › Next strategic milestone reached in transforming the Czech Republic from an automotive location into an electromobility hub
› Around 130 million euros invested in the new production line
› The Mladá Boleslav plant is the only European production facility for MEB battery systems outside Germany
› Battery systems from Mladá Boleslav used in ŠKODA, Volkswagen, Audi and SEAT MEB models

Mladá Boleslav, 17 May 2022 – ŠKODA AUTO has started manufacturing battery systems for all-electric vehicles based on the Volkswagen Group’s Modular Electrification Toolkit (MEB) in Mladá Boleslav. This makes the car manufacturer’s main plant the only production facility for MEB battery systems in Europe outside Germany. Around 250 employees will soon be assembling more than 250,000 MEB battery systems a year on the newly constructed production line. In addition to ŠKODA vehicles, these will also be installed in MEB models made by Volkswagen, Audi and SEAT.

“Today is a very special day for ŠKODA AUTO: By launching the production of MEB battery systems, we are now manufacturing the absolute key component at the heart of the company. This means we have achieved another goal towards our successful transition to electromobility. I would like to thank the entire team who have worked very hard over recent months to set up this new production line. We have invested around 130 million euros and can now produce more than 250,000 MEB battery systems a year – for ŠKODA’s e-models and those of other Group brands. Our objective is clear: we want to produce E-components or E-vehicles at all three Czech plants by 2030.”

Christian Bleiel, Head of Component Production at ŠKODA AUTO, adds: “Our new MEB battery system assembly line sets standards in efficiency, automation, precision, cleanliness and digitalisation. When it comes to commissioning the complex plant technology, we are drawing on the expertise and experience we have gained over the decades and relying on our highly motivated and qualified staff. In collaboration with VW Group Components and our partner companies and suppliers, we are taking an important step in the transition from the combustion engine to electromobility by manufacturing battery systems. We will be reaching the next milestone at the end of 2023 when we bring the second expansion stage online, enabling us to produce more than 380,000 battery systems a year in total.”

The Czech car manufacturer’s headquarters is the only production site in Europe outside Germany where MEB battery systems are manufactured: The smallest version with eight modules has a capacity of 55 kWh and the medium version with nine modules stores 62 kWh. The largest battery with 12 modules boasts an 82-kWh capacity. In addition to the modules, each containing 24 cells, the components of an MEB battery system include a battery housing with integrated cooling system, a battery management system and the requisite electrical connections. ŠKODA AUTO also manufactures other e-components in Mladá Boleslav; high-voltage traction batteries that are used in the SUPERB iV, OCTAVIA iV and in plug-in hybrid vehicles of other Group brands have been produced here since autumn 2019.

The company’s transformation is gaining momentum on the back of the new production line. As a cornerstone of its NEXT LEVEL – ŠKODA STRATEGY 2030, the car manufacturer plans to produce e-vehicles or e-components at all three production sites by the end of this decade. The aim is to safeguard existing jobs over the long term and create new ones at the same time. By then, the company expects to have increased the share of all-electric car sales in Europe to between 50 and 70 per cent, depending on market developments. To achieve this, ŠKODA AUTO will continue to electrify its model portfolio over the coming years. By 2030, the range will include at least three more BEVs, all of which will be below the ENYAQ iV in terms of price and size.

The author of the SIMPLY CLEVER PODCAST took a tour of the new assembly line for traction batteries for electric vehicles in Hall M6 at the ŠKODA AUTO plant in Mladá Boleslav, Czechia. Christian Bleiel, Head of Component Production at ŠKODA AUTO, was his guide. 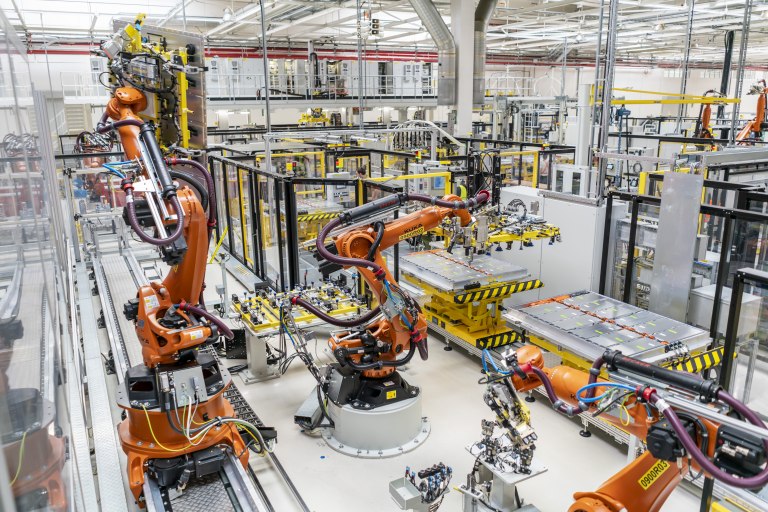 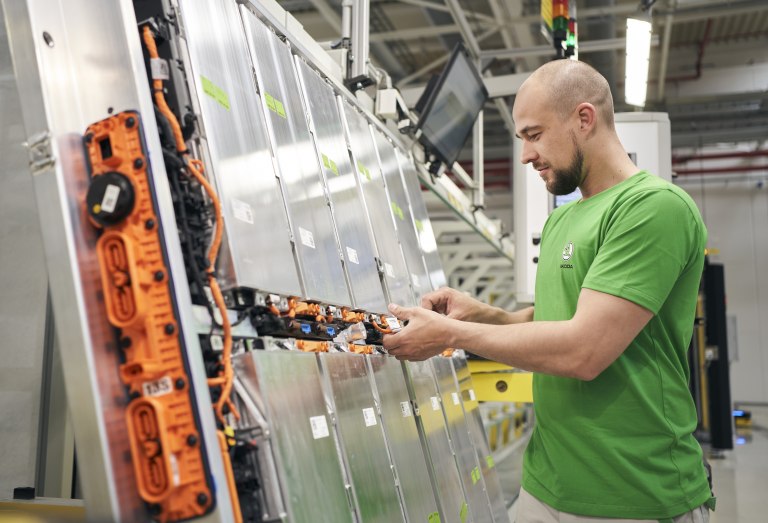 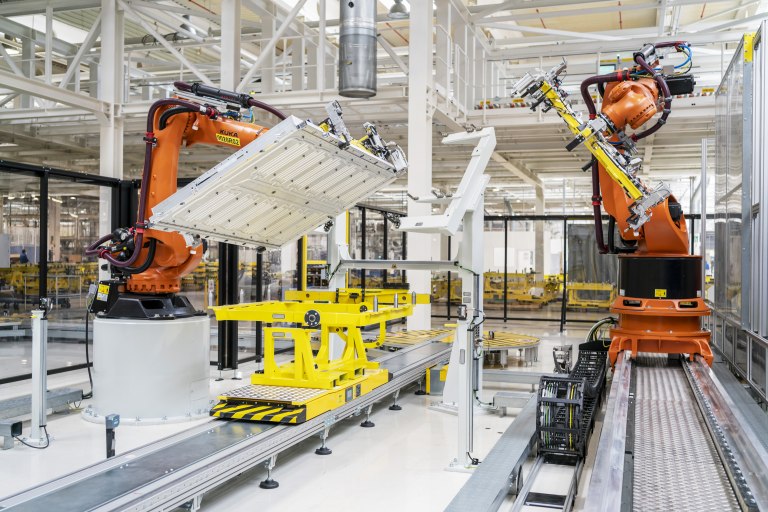 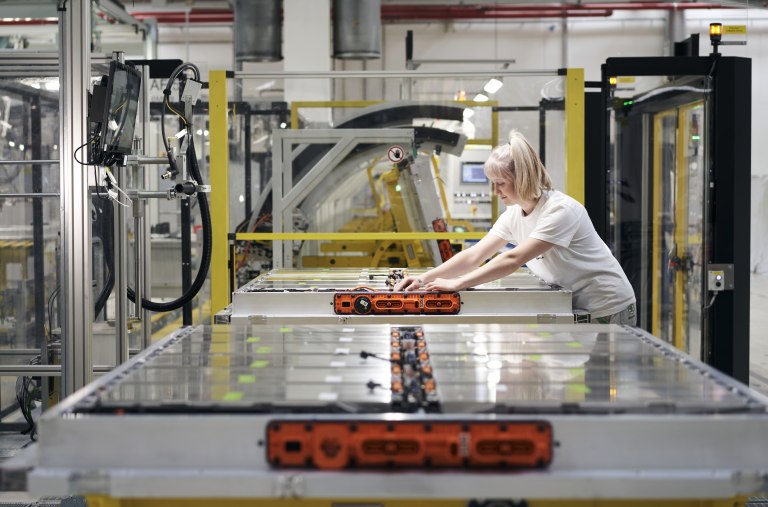 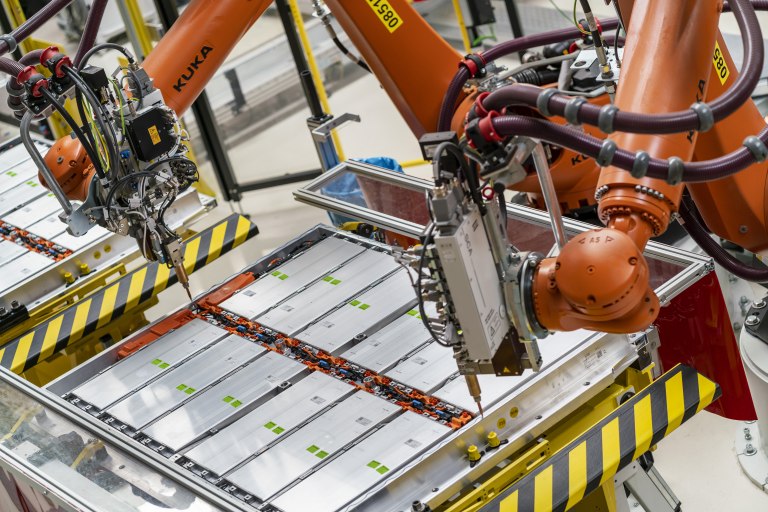 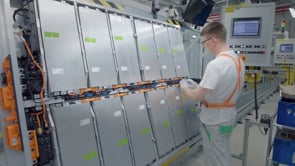 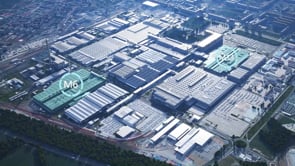 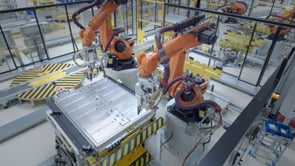