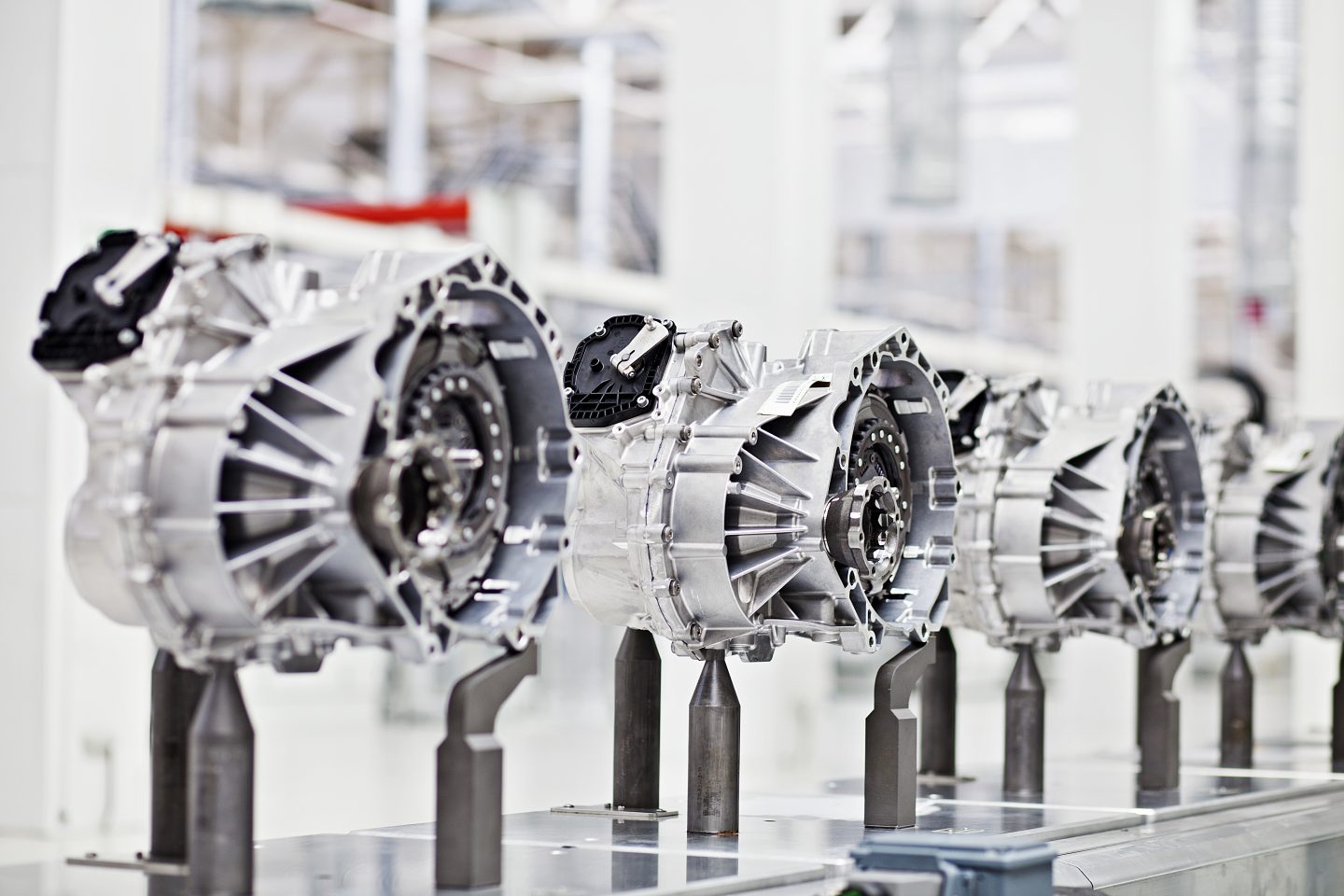 › ŠKODA AUTO makes three different types of transmission for Volkswagen Group at its Mladá Boleslav and Vrchlabí sites
› Production at ŠKODA AUTO is continuously optimised, automated and digitalised in line with Industry 4.0 principles

Mladá Boleslav, 21 August 2020 – Today, ŠKODA AUTO has manufactured its 13 millionth transmission from the current generation. At present, the Czech carmaker makes MQ/SQ100 and MQ200 gearboxes for Volkswagen Group at its main plant in Mladá Boleslav, whilst the DQ200 direct-shift transmission is built at the Vrchlabí factory. These are fitted in various ŠKODA models as well as vehicles made by other Volkswagen Group brands.

Michael Oeljeklaus, ŠKODA AUTO Board Member for Production and Logistics, stressed, “Today we have reached the impressive mark of 13 million current-generation gearboxes built. This production milestone is the result of our team’s high level of expertise and formidable team spirit. Due to these strengths, ŠKODA AUTO’s component production has continuously gained in strategic importance and developed into a key pillar of the group’s cross-brand production network.”

Christian Bleiel, Head of Component Production at ŠKODA AUTO, added, “Our Mladá Boleslav and Vrchlabí plants are among the most modern and efficient production sites in the entire automotive industry. Our gearboxes meet the highest quality requirements. Manufacturing these transmissions using our complex, high-tech equipment requires many years of experience and a high level of skill from the team. Through innovation, continuous optimisation, automation and – most importantly –digitalisation, we are resolutely developing component production at ŠKODA.”

At present, ŠKODA AUTO makes a total of three types of gearboxes, which are used in ŠKODAs and other Volkswagen Group cars. At its main plant in Mladá Boleslav, ŠKODA has been manufacturing the MQ200 five-speed transmission for vehicles with a 1.0- to 1.6-litre petrol engine since 2000; since 2011, the MQ200 has also existed as a six-speed gearbox. More than 7,590,000 of this transmission type have been built to date since their manufacturing began in 2000. The daily production volume currently amounts to 2,000 gearboxes.

The MQ100/SQ100 transmissions built in Mladá Boleslav since 2011 were originally designed for ‘New Small Family’ models from Volkswagen Group and were initially fitted in the ŠKODA CITIGO, the VW up! and the Seat Mii. With the exception of the VW up!, these models are now exclusively available with an all-electric powertrain and as a result, the gearboxes are now mainly used in the ŠKODA FABIA and other small Volkswagen Group cars powered by a 1.0-litre petrol engine. In August 2020, the two millionth MQ100/SQ100 transmission left the factory in Mladá Boleslav.

Since 2012, ŠKODA has also been building the DQ200 automatic 7-speed direct-shift gearbox (DSG) at its component plant in Vrchlabí. At a rate of 2,300 units per day, more than 3,300,000 DQ200s have already been manufactured to date. This transmission is also installed in ŠKODAs as well as cars made by other Group brands. In 2019 alone, ŠKODA AUTO built approximately 1,125,200 transmissions; the average daily production volume across all models was around 4,800 units.