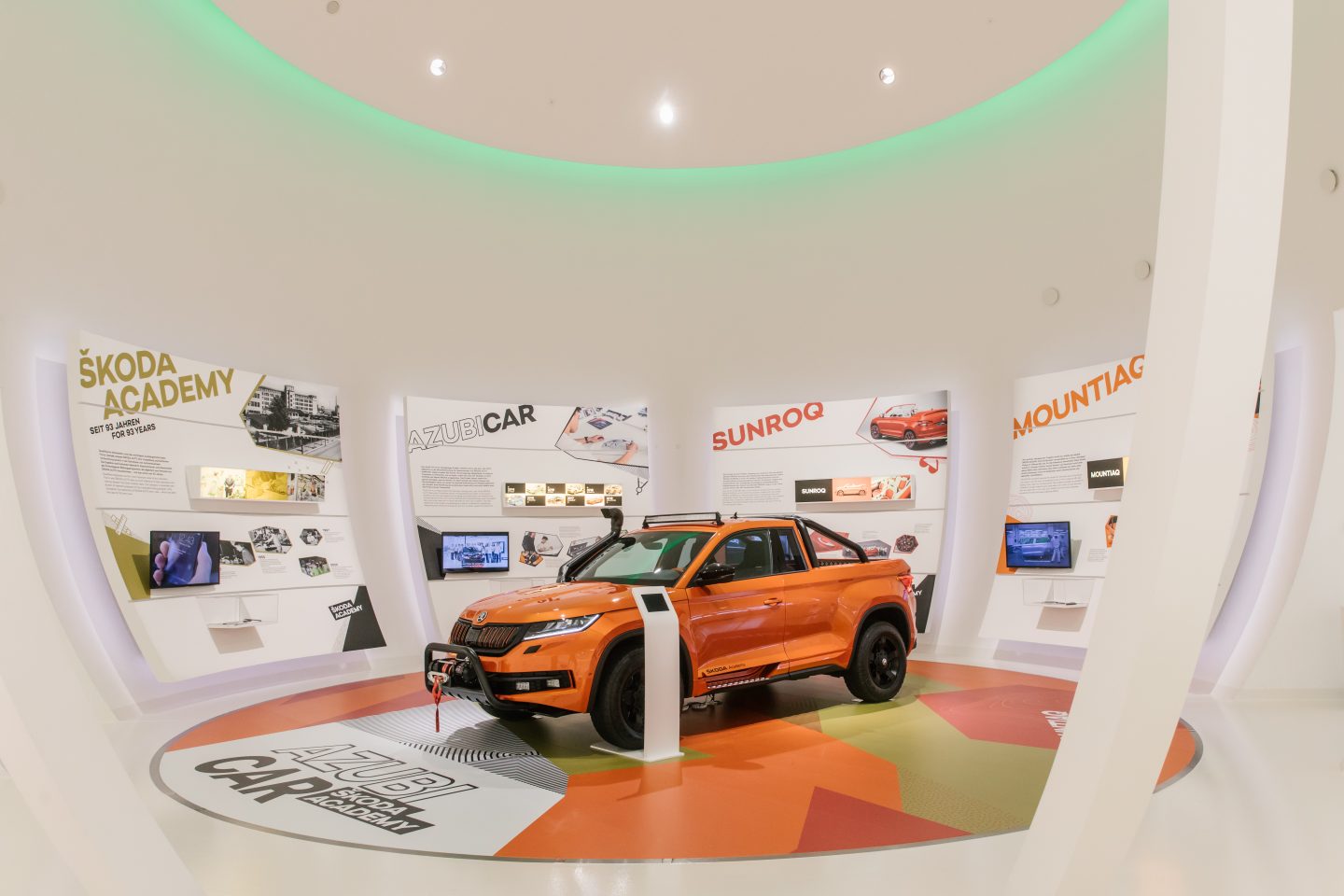 Mladá Boleslav/Wolfsburg, 5 February 2020 – A big stage for the work of ŠKODA’s up and coming designers, technicians and engineers at the brand’s pavilion in Autostadt Wolfsburg: With the MOUNTIAQ and SUNROQ, the Czech car manufacturer is presenting two vehicles that were designed and built by students at the ŠKODA Academy in Mladá Boleslav. In addition, the new ŠKODA SUPERB iV with plug-in hybrid drive, the ŠKODA KAMIQ as well as the MONTE CARLO version of the SCALA will go on show as part of the new three-month exhibition.

Andrea Frydlová, director of the ŠKODA Museum, who is responsible for selecting the vehicles on display, says: “Autostadt is the ideal place to promote the ŠKODA brand to anyone interested in cars. In addition to the permanent exhibition, the themed exhibition connects the past to the present. We are delighted to be able to present the MOUNTIAQ and SUNROQ apprentice cars for the first time. These vehicles are as unique as the project and demonstrate the high quality of the training at the ŠKODA Academy.”

Since 2014, talented ŠKODA apprentices have designed and built a new ŠKODA apprentice concept car every year. The innovative and future-oriented project gives the specialists of tomorrow the unique opportunity to prove their knowledge. So far, six apprentice cars have been created, always offering new details and therefore embodying ŠKODA’s ‘Simply Clever’ tradition. Around 20 young people are already working on the next spectacular vehicle for 2020. The ŠKODA apprentice cars are proof of the high quality of training at the ŠKODA vocational school at the company’s headquarters in Mladá Boleslav.

The ŠKODA MOUNTIAQ from 2019 is a sensational, two-door pickup concept based on the ŠKODA KODIAQ. The highlights of the sixth ŠKODA apprentice car include a powerful cable winch, a light strip on the roof, an illuminated loading area and a storage compartment hidden underneath. The orange sunset paint colour chosen by the students is also used in the interior of the MOUNTIAQ.

A year earlier, 23 students had designed and constructed the ŠKODA SUNROQ convertible. To transform a ŠKODA KAROQ into the SUNROQ, the young designers first had to remove the roof of the SUV and reinforce the body. Due to the complete reconstruction of the tailgate, the SUNROQ has an even larger boot volume than the KAROQ. The students paid particular attention to the topic of light. The SUNROQ features door handles and wheel arches that are illuminated by LEDs, and both bumpers and all doors project bright ŠKODA logos onto the road.

Electrified top model: ŠKODA SUPERB iV
The new ŠKODA SUPERB iV combines environmental friendliness and unlimited long-distance capability. The Czech manufacturer’s first series model with plug-in hybrid drive can travel up to 62 kilometres on battery alone, making the daily commute through city traffic and in environmental zones quiet and without local emissions. The total range of the SUPERB iV is up to 930 kilometres.

Rugged yet dynamic: ŠKODA KAMIQ
The ŠKODA KAMIQ introduces the design language of the ŠKODA SUV family into the city SUV segment for the first time. The ŠKODA KAMIQ bears an upright radiator grille with distinctive double slats on its generously wide front section. There is a raised centre section running down the entire bonnet, lending the ŠKODA KAMIQ a super-striking appearance. A prominent front spoiler and other add-on parts such as the rear diffuser and, for Style, the lower side trims accentuate this impression even further.

Particularly sporty: ŠKODA SCALA MONTE CARLO
The ŠKODA SCALA has been available with the sporty lifestyle MONTE CARLO trim since the end of 2019. Its name commemorates the car manufacturer’s success at the legendary rally and the glamour of the principality. Numerous black design elements create dynamic accents. For example, the ŠKODA grille between the full-LED headlights is finished in high-gloss black. The ŠKODA lettering in block capitals is also black, just as the rear diffuser. The panoramic roof and the tinted side windows are included in the extended equipment package of the MONTE CARLO model. All drivetrains available for the series can be combined with this equipment line.

Autostadt has been the world’s largest automotive delivery centre and communication platform for all Volkswagen Group brands since 2000. Under the slogan “People, Cars and What Moves Them”, they bring to life the Group’s values and the topic of mobility for people of all ages. Every year, more than two million people visit Autostadt, which also houses the 650m² ŠKODA pavilion designed by the Czech architect Professor Bořek Šípek. 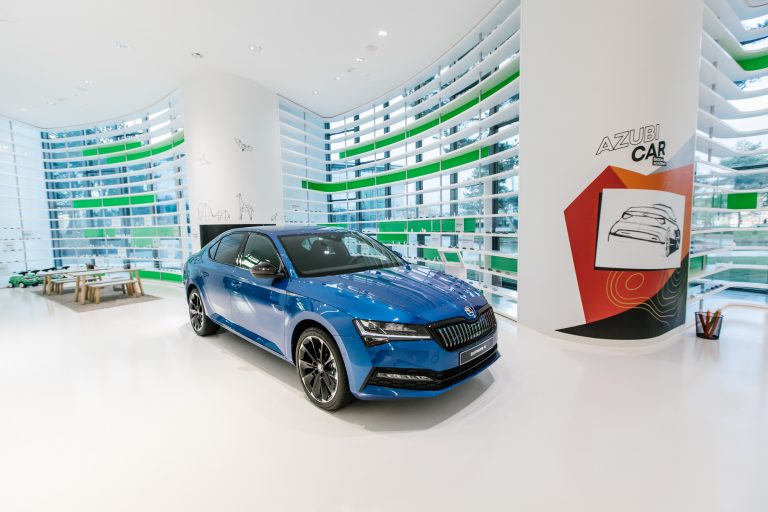 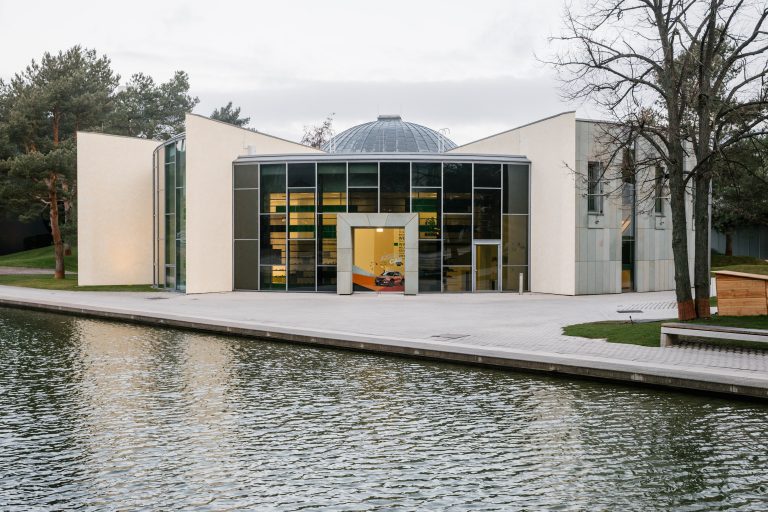