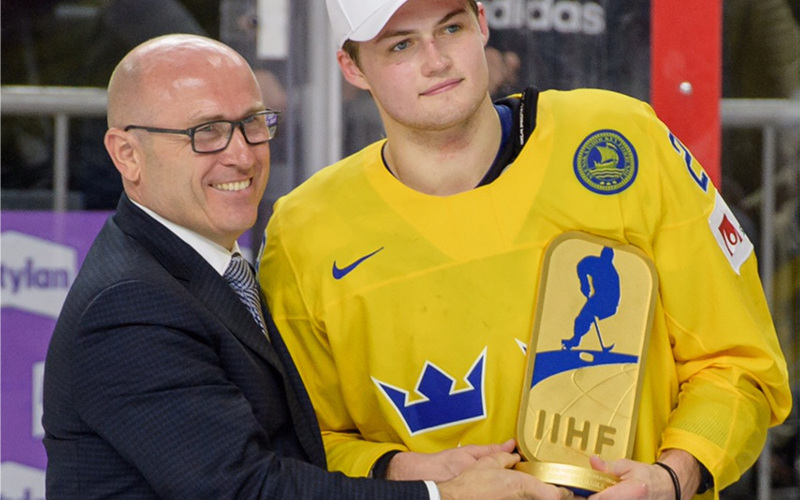 Mladá Boleslav, 22 May 2017 – From 5 to 21 May, ice hockey fans around the world celebrated the IIHF Ice Hockey World Championships in Cologne and Paris. 16 teams went head to head for the title at the 81st World Championship of the World Federation IIHF (International Ice Hockey Federation). The Swedish team won the final match on 21 May at the LANXESS Arena in Cologne. After the match, ŠKODA CEO Bernhard Maier presented the trophy for the ‘Most Valuable Player’ (MVP) to Sweden’s William Nylander. The award honours the best and most important player in the tournament. During this World Championship, ŠKODA extended its partnership with the IIHF for another four years to 2021.

ŠKODA and the World Federation IIHF wrote another chapter in their joint success story at the 81st IIHF Ice Hockey World Championship. Since 1993 – for the 25th time in a row – ŠKODA has supported the IIHF Ice Hockey World Championship as the official main sponsor. The traditional Czech brand has secured a new entry in the Guinness Book of Records: for its 25-year sponsorship – the longest main sponsorship of a world championship in sports history. The Czech car manufacturer has even been a vehicle partner to the major sporting event for one year longer. ŠKODA provided a total of 55 vehicles for the IIHF WC 2017. In the past 25 years, the WC fleet has covered more than six million kilometres. This is the equivalent of the ŠKODA vehicles driving around the globe 140 times – all without a single breakdown.

As the main sponsor, ŠKODA had a prominent appearance at the IIHF WC: The traditional Czech brand’s logo appeared in the centre circle and the bands of the ice surfaces. The latest ŠKODA models were presented next to the playing area, while others were on display to the visitors in and around the arenas. In the ‘Fan Zones’, ŠKODA offered a varied programme supporting the ‘cool’ sport. ŠKODA was also an exclusive partner of the ‘IIHF App’ that provided users with up-to-date information, live results and statistics on the World Championship, including gate alarm. In addition, fans could take selfies and create playing cards with their favourite teams and players and share them with friends.

During the IIHF World Championship in Cologne and Paris, ŠKODA extended its official main sponsorship of the IIHF Ice Hockey World Championship by another four years to 2021. The contract to extend the partnership was signed by ŠKODA CEO Bernhard Maier, IIHF President Dr. René Fasel and President and CEO of Infront Sports & Media Philippe Blatter last Friday at the Lanxess Arena in Cologne. 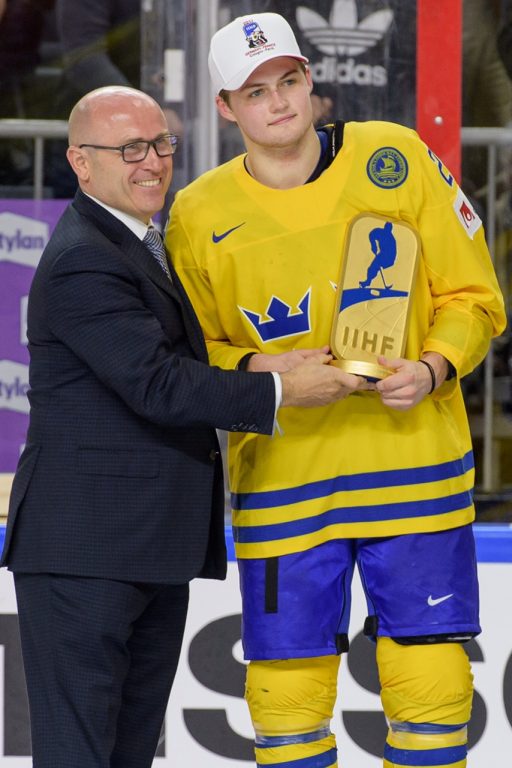