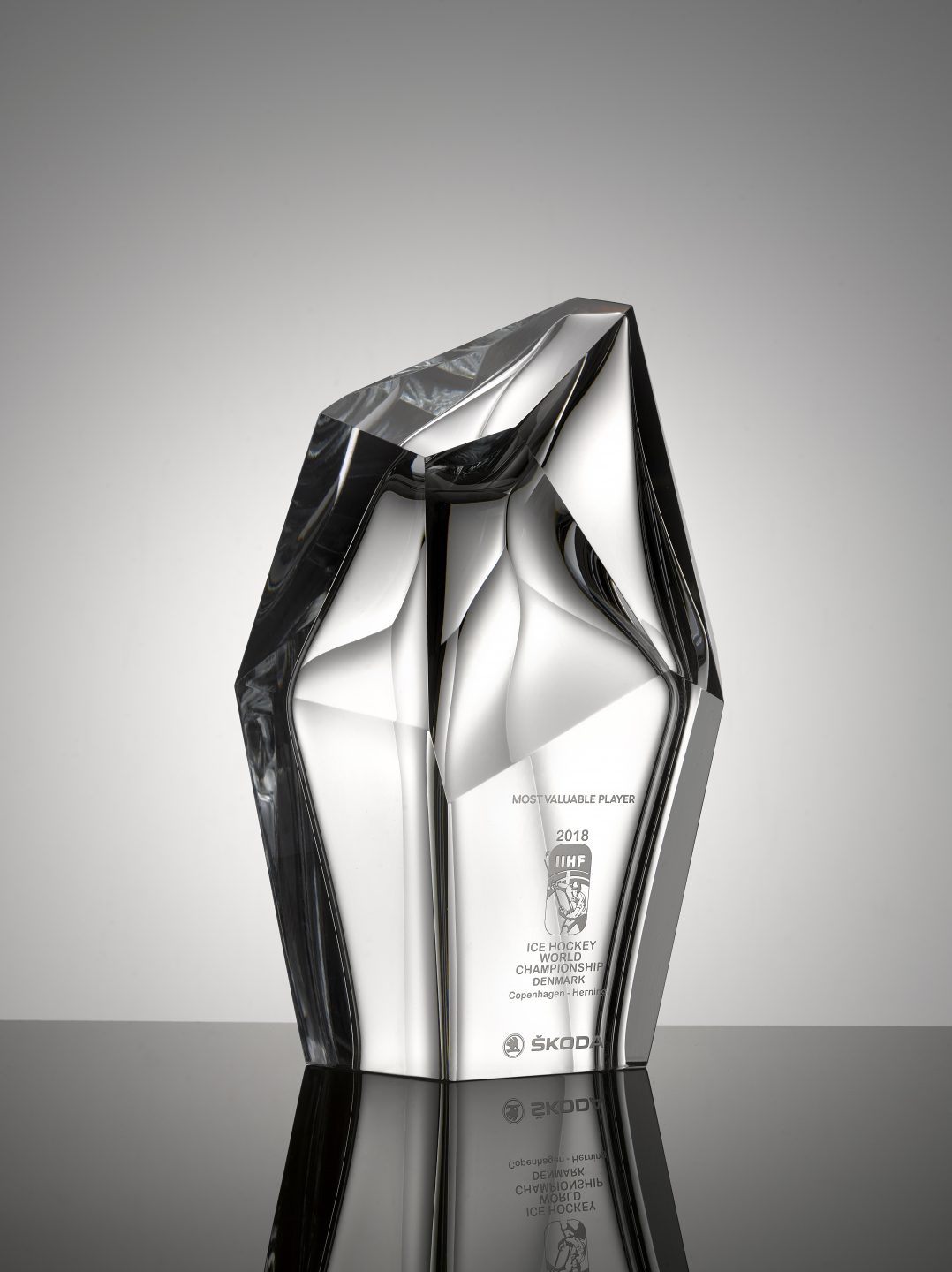 › Exclusive crystal glass sculpture ‘created by ŠKODA Design’
› After the final, ŠKODA CEO Bernhard Maier will present the trophy to the most valuable player of the 2018 IIHF Ice Hockey World Championship in Denmark
› ŠKODA has been official main sponsor and vehicle partner of the tournament for 26 years
› Traditional Czech brand holds record for longest main sponsorship of a world championship in sports history

Mladá Boleslav, 16 May 2018 – Immediately after the final of the 2018 IIHF Ice Hockey World Championship, ŠKODA AUTO CEO Bernhard Maier will present a glass sculpture created by ŠKODA Design to the most valuable player of the tournament. Inspired by Czech crystal art, the coveted glass sculpture reflects the crystalline elements that characterise the design of ŠKODA vehicles. 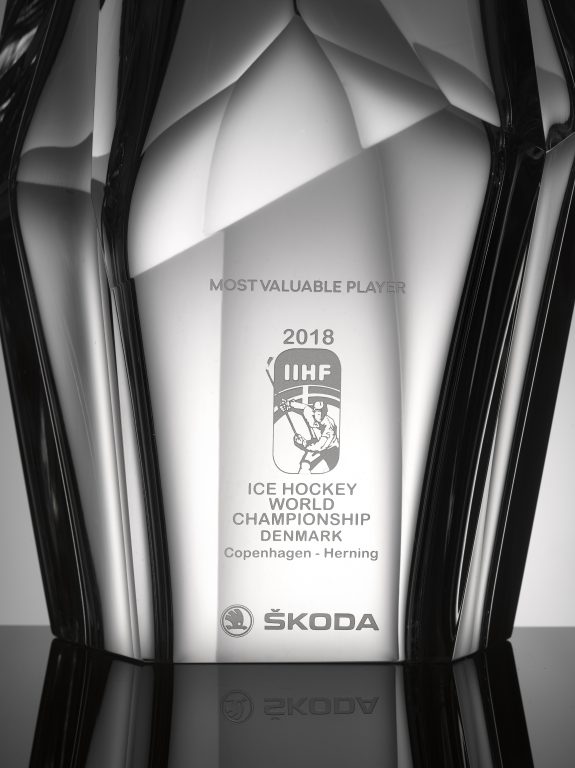 Ice hockey fans from all over the world will be visiting Denmark from 4 to 20 May 2018: In Copenhagen and Herning, a total of 16 national teams will compete for the title at the 82nd Ice Hockey Federation (IIHF) Ice Hockey World Championship. The final takes place in the Danish capital on 20 May. After the game, ŠKODA AUTO CEO Bernhard Maier will present the coveted trophy to the most valuable player of the world championship.

This is the first time that ŠKODA Design has been responsible for creating the trophy. The artistically designed sculpture was designed in the Czech Republic. It meets the highest quality standards and pays homage to the rich history of Bohemian crystal art. The glass is first blown into a mold and then ground. The trophy is 33 centimeters tall, 21.5 centimeters wide and weighs 7 kilograms. The unusual, crystal-like structure can also be seen in the ŠKODA brand’s vehicles – for example in the headlights and rear lights.

ŠKODA has been involved as the official main sponsor of the IIHF Ice Hockey World Championships since 1993. The Czech automobile manufacturer became the vehicle partner of the event for the first time just one year ago. ŠKODA will be at the IIHF Ice Hockey World Championship in Denmark for the 26th time this year. Last year ŠKODA made history: in 2017, the Guinness Book of Records renewed the company’s entry for the longest main sponsorship of a world championship in sporting history. Last year, ŠKODA extended their partnership with the event until 2021.