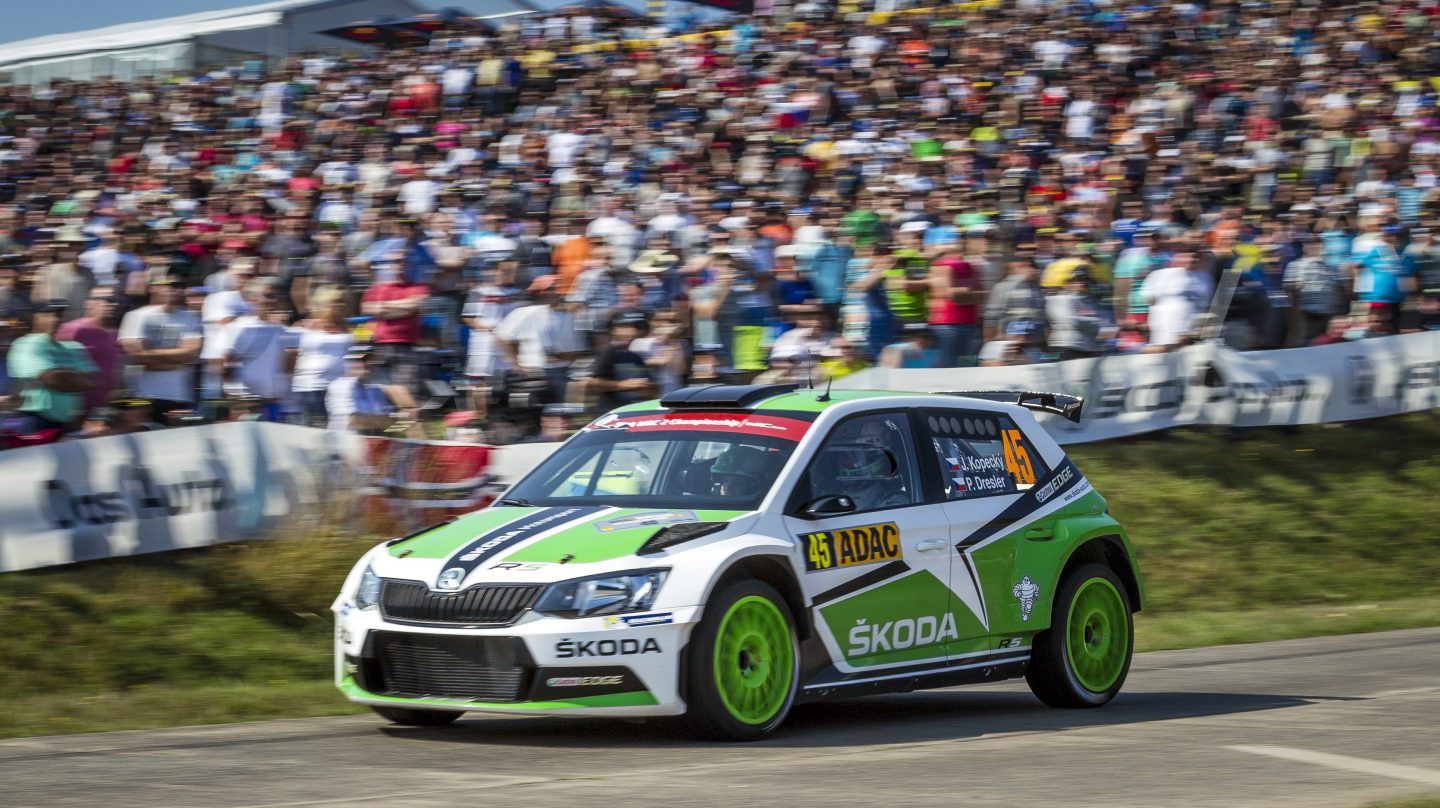 › An advantage of over four minutes for Jan Kopecký and his co-driver Pavel Dresler
› ŠKODA Fabia R5 the fastest car in WRC 2: 17 best times on 17 stages
› ŠKODA drivers delight thousands of fans on the legendary Panzerplatte

Trier, 22 August 2015 – ŠKODA works duo Jan Kopecký/Pavel Dresler (CZ/CZ) head into the final day of the Rally Germany as commanding front-runners in the WRC 2 standings. In glorious sunshine on the second day of the asphalt classic in the FIA World Rally Championship (WRC 2), the two Czechs extended their lead to more than four minutes and delighted thousands of fans on the stages on the legendary Panzerplatte. The ŠKODA Fabia R5, with best times on all 17 of the special stages completed so far, is the superior car in the WRC 2 field. 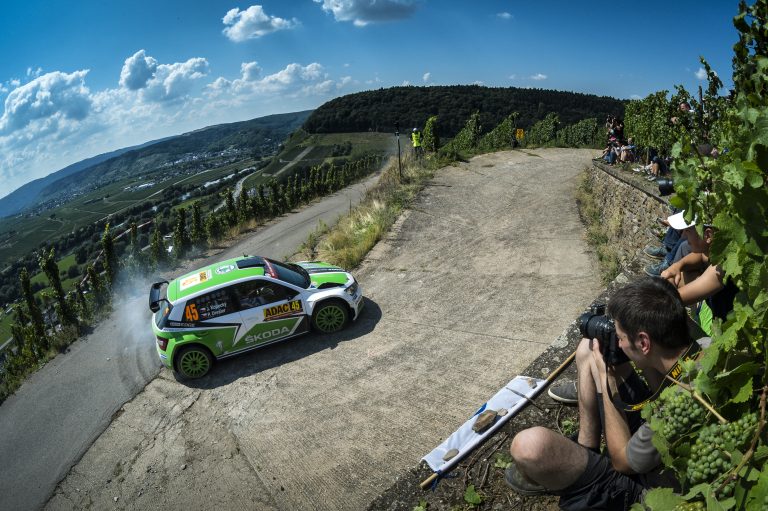 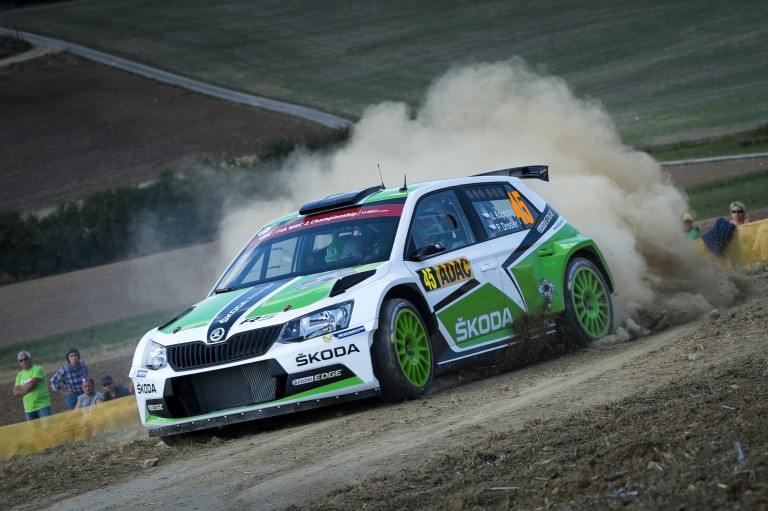 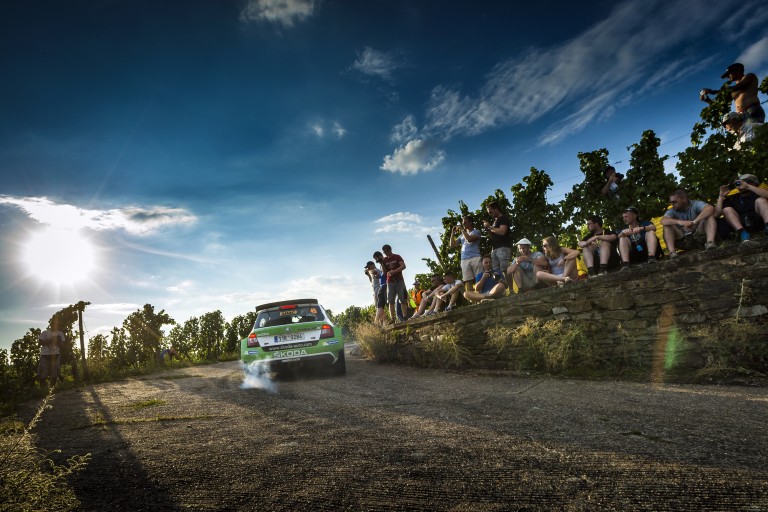 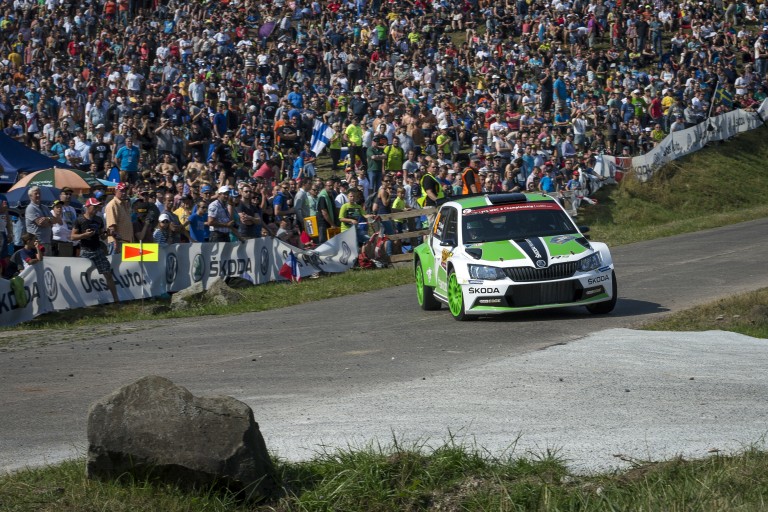 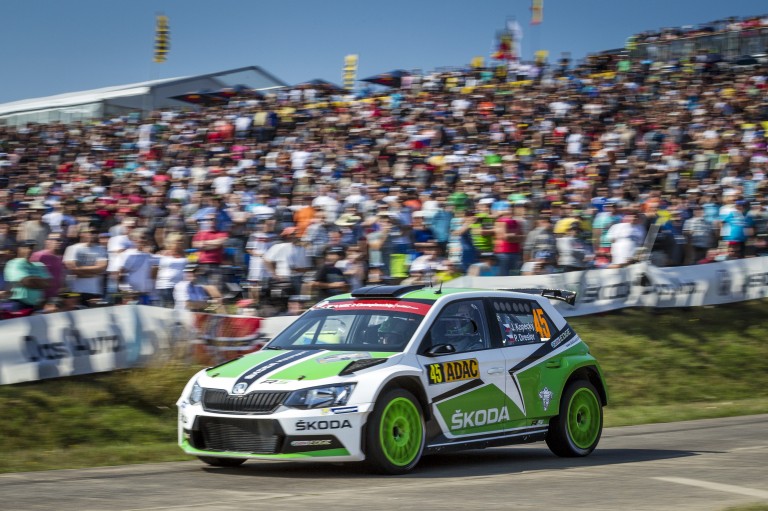 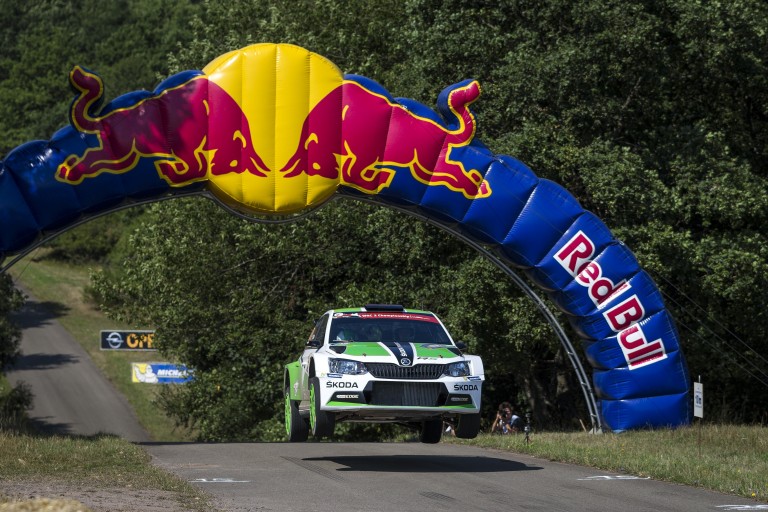 “I really enjoy every metre in this car. We tried to defend our lead cleverly today without taking too many risks,” said Kopecký. As on Friday, when he got all eight of the best times in the WRC 2, the 33-year-old was extremely fast. In particular, he demonstrated his top performance on the 45.61 kilometres of the longest stage of the Rally Germany on the military site Panzerplatte.

“We had one or two major drifts. But I expect that the fans loved that,” said Kopecký with a smile. And it wasn’t only the fans: The ŠKODA development board member Dr. Frank Welsch was at Panzerplatte and the service park in Trier to get a feel for the performance of the ŠKODA Motorsport team.

The current championship front-runners Esapekka Lappi/Janne Ferm (FIN/FIN) also showed their class again on Saturday, after their mistake on day one of rallying put paid to any chance of them winning the overall standings. Lappi topped the time sheets in WRC 2 a total of six times on Saturday. “After the bitter experience on Friday we tried to look forward and put in great performances,” said the Finn. He won the two previous WRC rallies in Poland and Finland on gravel. Only 57 timed kilometres, which must be mastered on four stages on Sunday, stand between the ŠKODA Fabia R5 and its debut win on asphalt in the WRC.

That was the distance of the Panzerplatte stage, which had to be driven twice on Saturday. The track on a military site is not only one of the longest in the WRC, but also one of the most famous. There are 103 changes of direction in total on the 45.61 kilometres. The cracked asphalt and concrete streets are lined with massive menhirs, which are a barrier that withstands even tanks. The best times on the two passes went to the two ŠKODA works drivers Jan Kopecký and Esapekka Lappi.

150822 ŠKODA driver Kopecký extends his lead in the Rally Germany

150822 ŠKODA driver Kopecký extends his lead in the Rally Germany