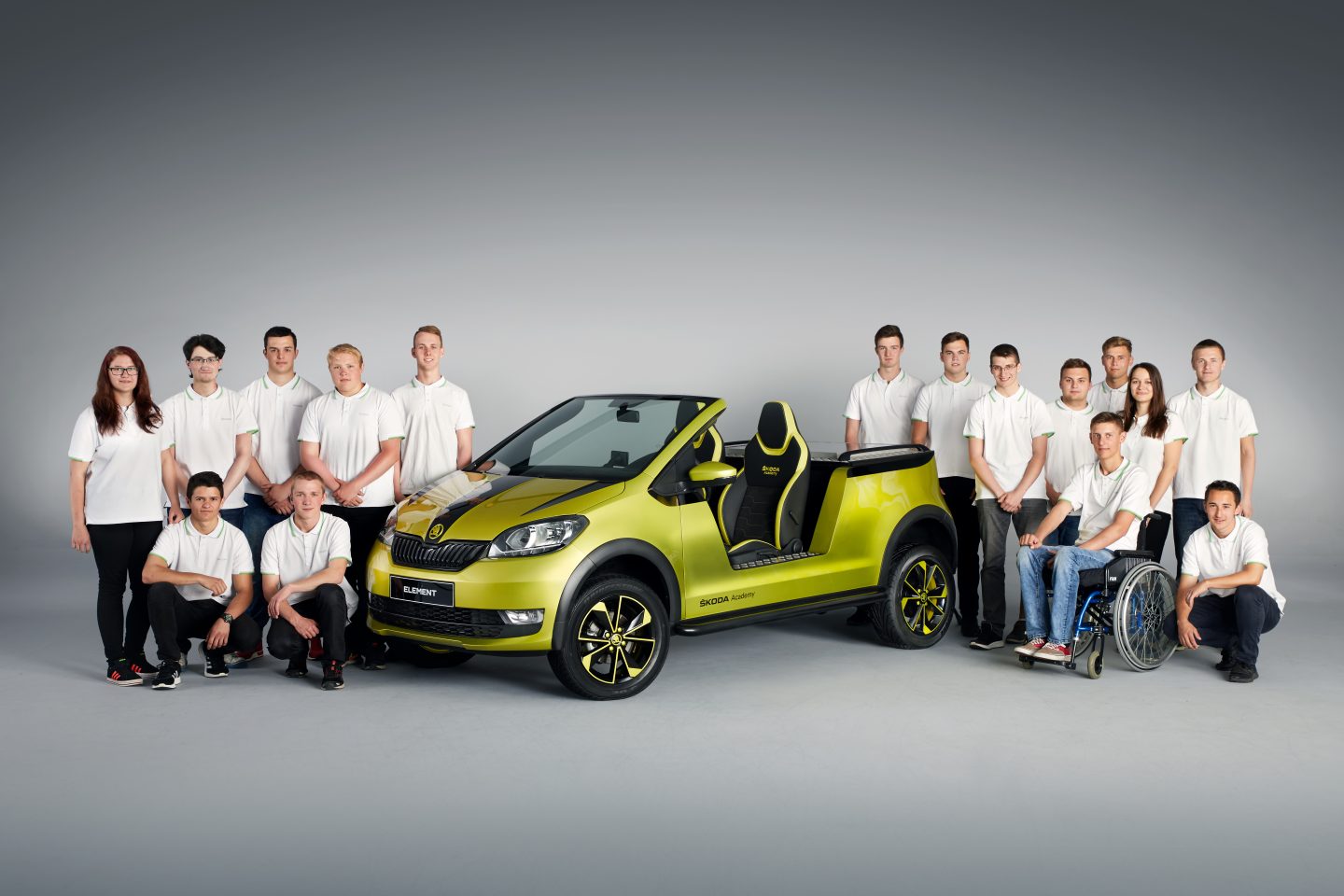 › 21 ŠKODA students from nine different professional fields have designed and built the fourth apprentice car since 2014
› The electric buggy’s name is ŠKODA ELEMENT
› The 17- and 18-year-old trainee engineers spent 1,500 hours building the student concept car
› More and more young women are applying to the ŠKODA Academy

Mladá Boleslav, 19 June 2017 – Every year, students from ŠKODA design and build a student car. This time, following the three successful design studies from recent years, the students decided on an electric buggy that bears the name ŠKODA ELEMENT. The ‘E’ stands for electricity, ‘ELEMENT’ for the elementary and fundamental drive system of the future – e-mobility. With great dedication, the students spent approx. 1,500 hours working on the open beach buggy. This demonstrates the young engineers’ enthusiasm. Building their own vehicle isn’t just fascinating for the students at ŠKODA, it is also good advertising for the brand, the ŠKODA Vocational School and a good incentive for the country’s best young engineers. 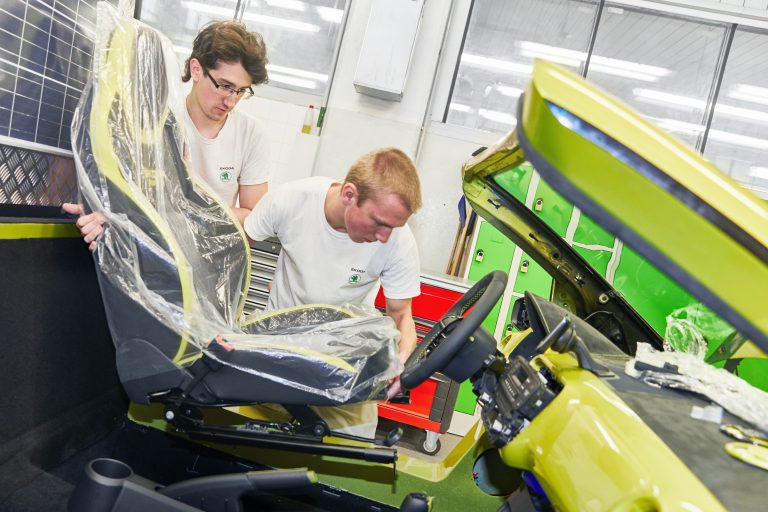 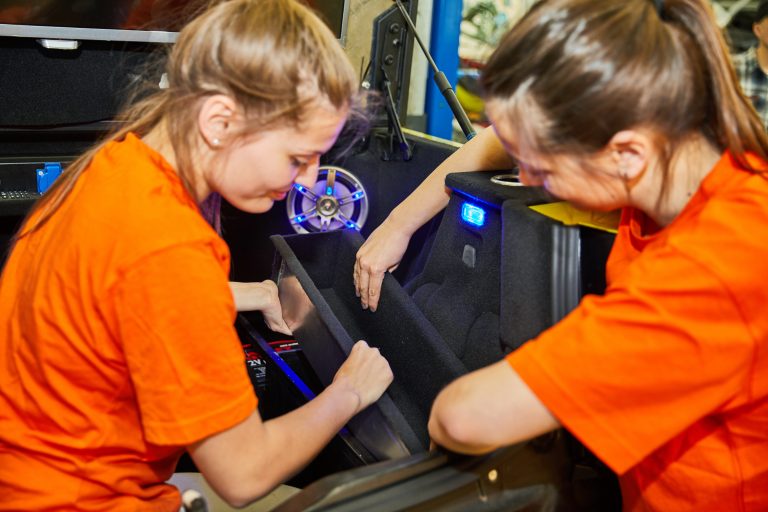 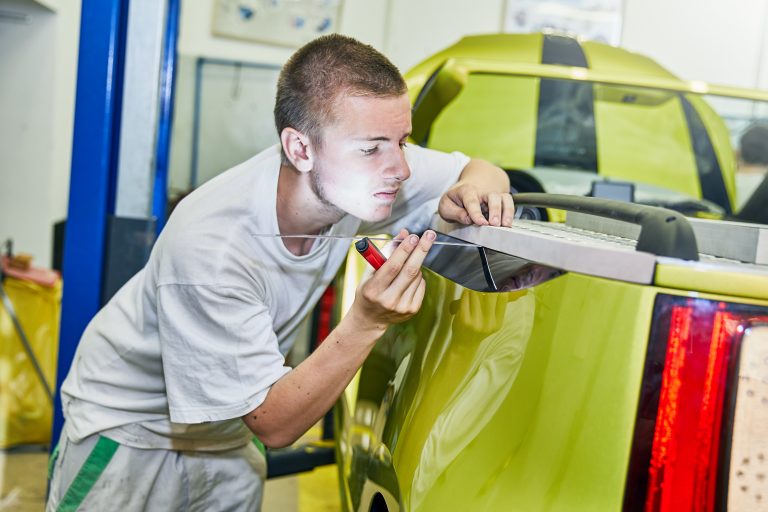 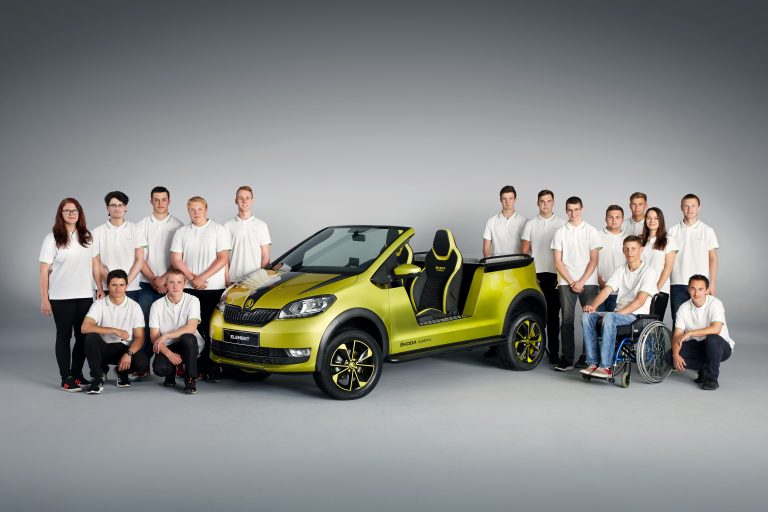 Since October of last year, 21 of the 900 students between the ages of 17 and 18 who are currently attending ŠKODA’s vocational school have been able to experience what it feels like to be a car designer. The young people didn’t take the easy way out when deciding what type of vehicle they wanted to build. “Electromobility is not just a temporary trend – it is the future. That’s why we have opted to build a car with an electric drive system,” said student Daniel Launa, explaining the choice of the students. The ŠKODA ELEMENT is based on the ŠKODA CITIGO. The beach buggy has no roof, no doors and only two seats. It has an electric motor with a power output of 60 kW (82 PS) under its bonnet. Implementing their creative ideas, the students have also completely redesigned the interior.

The 2017 student car project began in autumn 2016 with initial drawings of a model. Since January 2017, the highly motivated young people from various vocational courses have been working on the car not only on paper and at their computers, but more and more also at the work bench, with welding equipment and tin snips. The roof had to be removed, the entire side has been redesigned, the boot was fitted with a lid. Manufacturing the individual body components was the most complicated part. However, with each task, the students’ skills grew. They have learnt to work as a team, practised their technical and organisational skills, and experienced what it means to have to manage with a set budget. For this, ‘Simply Clever’ concepts have been most welcome. Of course, one or two tips from the experts from the Body Shop, Design or Technical Development were also much appreciated. The 17 boys and four girls have invested over 1,500 hours in the project; the development work was part of their formal lessons.

The 21 trainee engineers come from nine different professional fields – among them body painters, car electricians, body makers, motor mechanics and logistics specialists. Incidentally, students have designed and built their own vehicle every single year since 2014. In 2014 they built a two-seater version of the ŠKODA CITIGO, the 2015 pick-up was based on the ŠKODA FABIA, and in 2016 they built a coupé version of the ŠKODA RAPID SPACEBACK.

Projects such as the construction of a student car are not just motivating for the new recruits at ŠKODA, but they also inspire young people who are still searching for their dream job. ŠKODA is scoring points with this in the competition for the best talent. As there is currently a shortage of young engineers in many technical trades, it is more important than ever to offer young professionals particularly attractive training opportunities.

At the same time, ŠKODA is an advocate of the dual training system in the Czech Republic. The right combination of theory and practical training is a crucial factor in students’ career prospects and in ŠKODA’s success as a company. It is extremely pleasing that more and more young women are interested in traditionally male professions. Currently, an impressive 12.4% of the students at ŠKODA are young women.

The ŠKODA Vocational School, based at the company’s headquarters in Mladá Boleslav, is celebrating its 90th anniversary in 2017. It is part of the ŠKODA Academy that was founded in 2013 and is dedicated to learning and development with a focus on the needs of the company. Since 2014, the manufacturer has invested almost 200 million CZK in expanding its training programme and modernising the ŠKODA Academy, thanks also to the support of the KOVO MB trade union. The work on the new buildings was completed in time for the school’s 90th anniversary; the new facilities were opened along with a new robotics centre, a language centre and a multipurpose room.

For the students, the construction of the ŠKODA ELEMENT is associated with a very special mission. They are dedicating their e-buggy to their fellow student Petr Stanislav, who was part of the 2015 team that built the pick-up. In July last year, he had a motorbike accident and has since been in a wheelchair. Nevertheless, he wants to complete his course. With their commitment, his fellow students provide the necessary motivation, whilst ŠKODA ensured that he has been able to continue with his programme at all. Amongst other things, investments in the modernisation of the academy were put towards the creation of barrier-free access to all areas of the school.