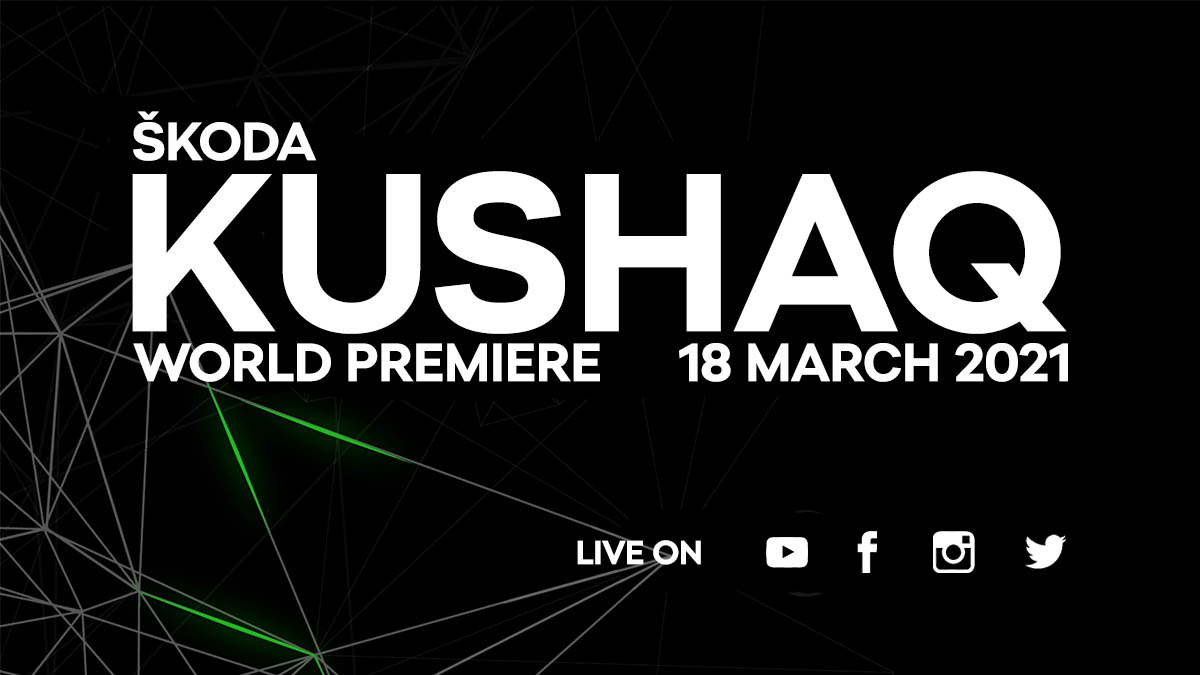 › ŠKODA AUTO will stream the presentation of its new SUV for India online
› The ŠKODA KUSHAQ is the first vehicle from the INDIA 2.0 product campaign
› Midsize SUV with distinctive looks and signature ŠKODA spaciousness

Mladá Boleslav/Mumbai, 16 March 2021 – March 18 will see ŠKODA AUTO unveil its new KUSHAQ: media representatives and interested ŠKODA fans will be able to follow the premiere of the new midsize SUV for India via a livestream on the ŠKODA Storyboard website. The ŠKODA KUSHAQ combines distinctive looks and the brand’s signature spaciousness with midsize dimensions.

The name of the ŠKODA KUSHAQ follows the nomenclature established for the successful ŠKODA SUV family, starting with a K and ending with a Q. It is derived from the ancient Indian language of Sanskrit, where the word “kushak” denotes a king or emperor. The KUSHAQ is the first model to be launched as part of the INDIA 2.0 product campaign, which will comprise a total of four vehicles from ŠKODA and Volkswagen. These will be produced locally in India and are based on the MQB-A0-IN version of the Volkswagen Group’s Modular Transverse Toolkit, which has been specifically adapted by ŠKODA AUTO for the Indian market.

The world premiere in Mumbai will start on March 18 at 15:45 local time (IST) / 11:15 CET and will be broadcast live across the globe via the ŠKODA Storyboard website.