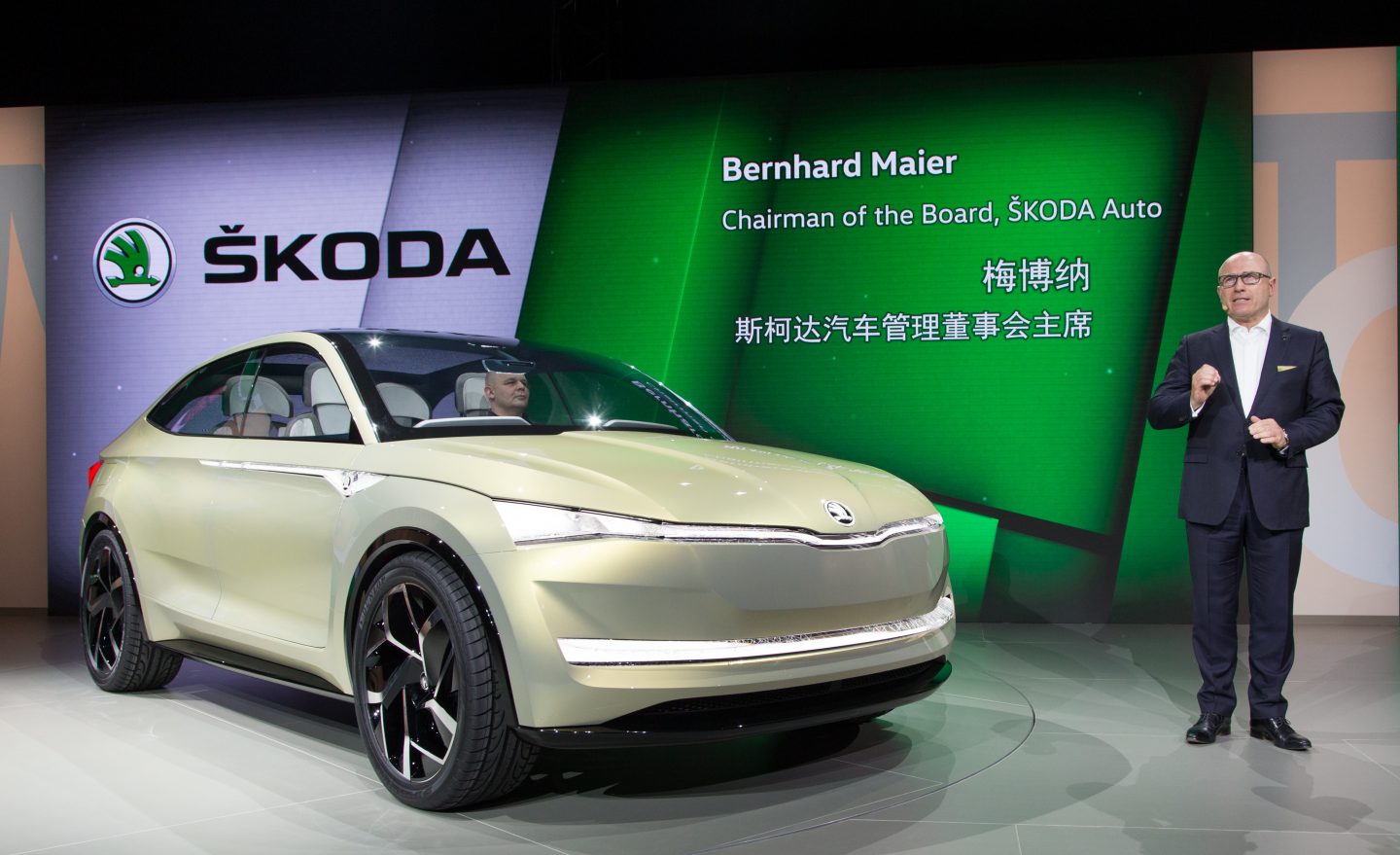 Mladá Boleslav/Shanghai, 18 April 2017 – ŠKODA is looking to the future, presenting a concept vehicle for purely electric and autonomous driving for the first time at the Volkswagen Group Night on the eve of Auto Shanghai 2017 (19 – 28 April 2017). The ŠKODA VISION E study provides an insight into the drive technology, the design and the driving experience of tomorrow. In addition, the concept vehicle impressively underlines SKODA’s endeavours in the field of electric mobility. In the coming years, the brand will promote the electrification of their model range. The company will be introducing five purely electrically-powered cars by 2025, in addition to plug-in hybrid models. 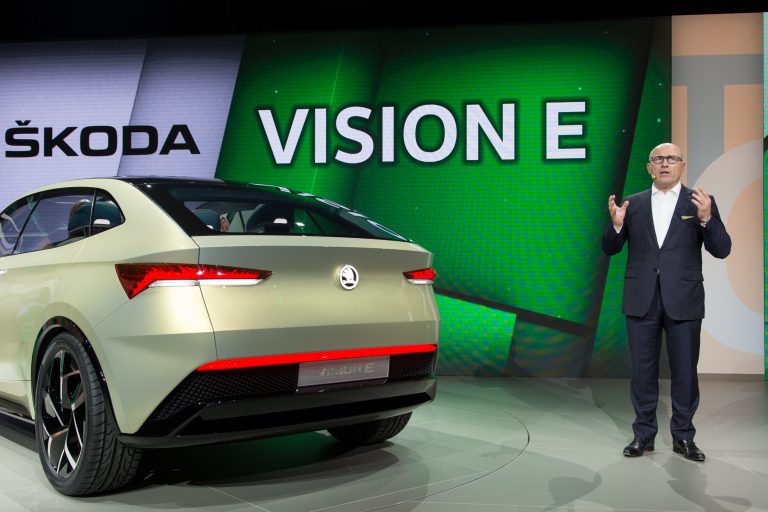 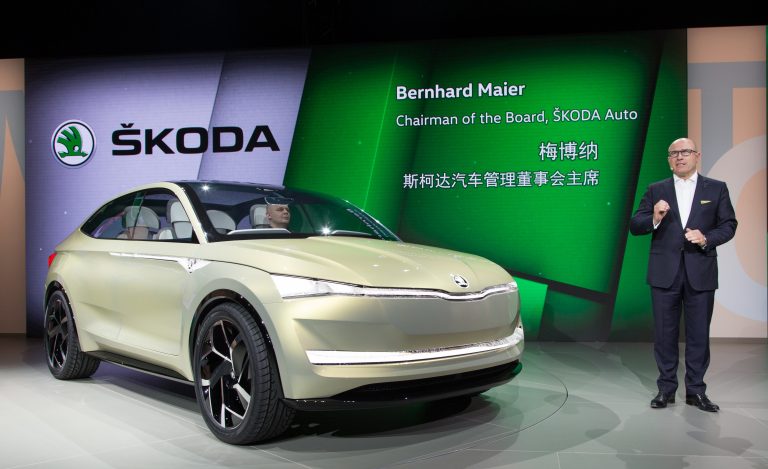 The ŠKODA VISION E study, presented in Shanghai is the first purely electrically driven concept car in the company’s 120-year history. The car’s futuristic design demonstrates ŠKODA’s new design language, developed especially for electric mobility. Among the most striking features are the counter-opening doors, the absence of a B-pillar and the light-flooded interior. The large interior space and many ‘Simply Clever’ solutions show that future electric cars from ŠKODA will feature well-known brand-specific qualities.

With a large number of sensors and cameras, the ŠKODA VISION E study is designed for level 3 automated driving. Its advanced monitoring of the environment enables the driver to transfer driving tasks completely to the system on defined routes, for example on motorways. In addition, the concept vehicle has numerous innovative driver assistance systems that ensure maximum safety and comfort, even in city traffic and on country roads. Other enhancements first presented in the ŠKODA VISION E include an operating system with advanced gesture control, including eye tracking for the driver and additional touch screens for the front and rear passengers.

The VISION E is based on the Volkswagen Group’s electrification platform. Its two electric motors generate a system output of 225 kW, and the power supply is ensured by a high-voltage battery, whose capacity allows a range of up to 500 kilometres and can be charged both by cable connection and inductively.

With the concept vehicle ŠKODA VISION E, the Czech car manufacturer underlines its ambitions in the field of electric mobility. Within the framework of Strategy 2025, ŠKODA will be intensively persuing the electrification of its model range. By 2025, the company will be launching five purely electric vehicles in various segments, in addition to plug-in hybrid models. 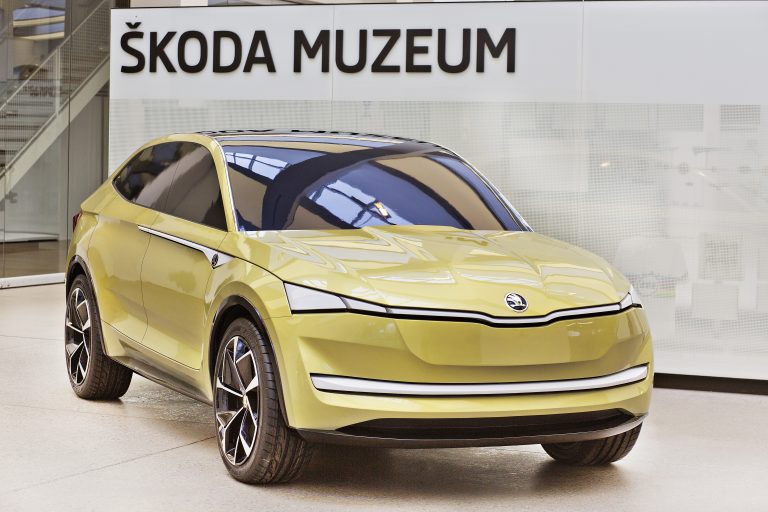