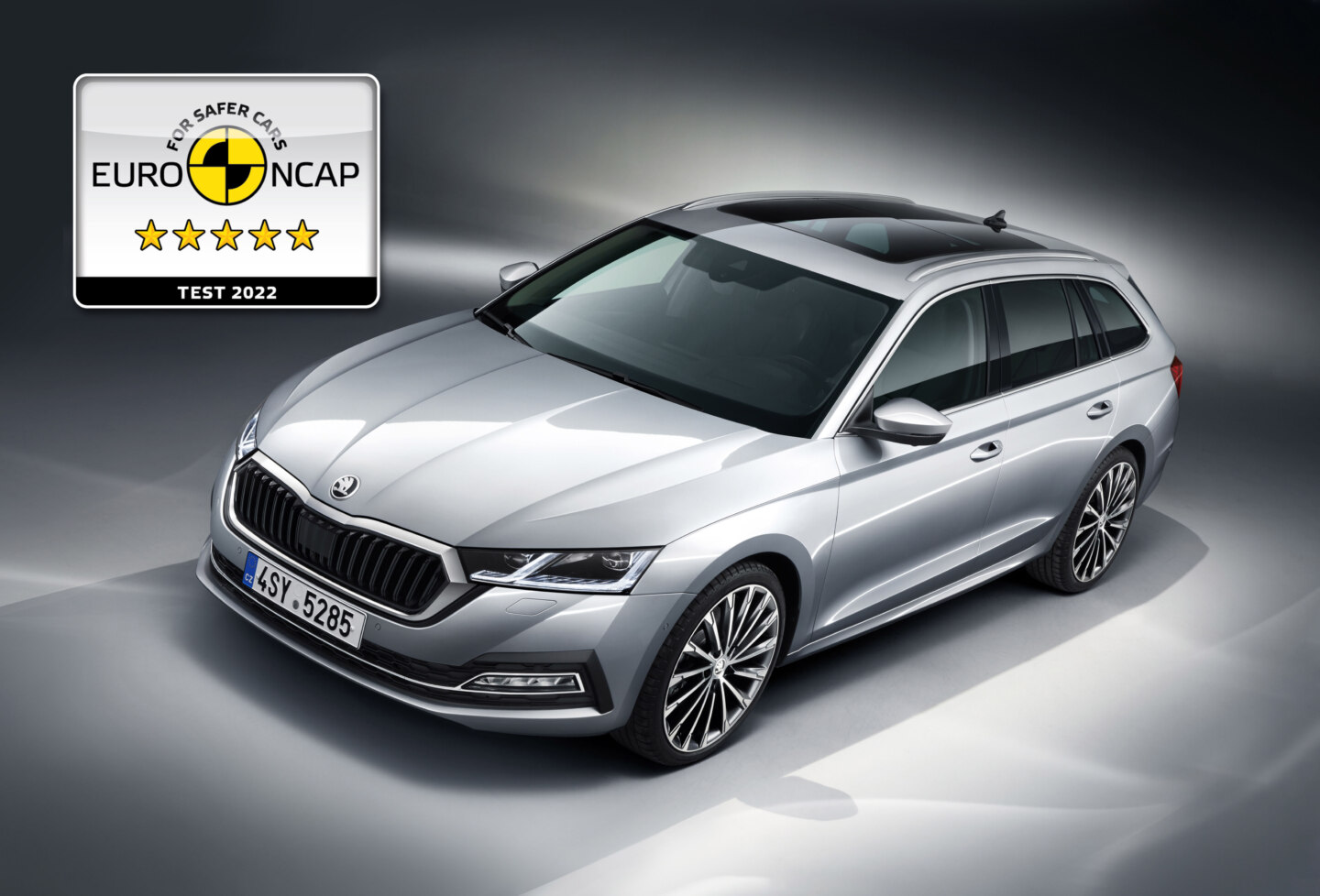 › 86% for Adult Occupant protection, 84% for Child Occupant protection
› Improvement in rating for driver assistance systems – now at 81%
› New rating valid in the European Union, the United Kingdom and Norway until the end of 2028

Mladá Boleslav, 9 December 2022 – The ŠKODA OCTAVIA has successfully defended its 5-star score in the independent European New Car Assessment Programme (Euro NCAP) following the introduction of new, more stringent assessment criteria for the 2022 test year. The Czech car manufacturer’s bestseller achieved a total of 81% of the maximum points. The result will now be valid until the end of 2028 across the European Union as well as in the United Kingdom and Norway. The two previous OCTAVIA generations had also been awarded the maximum test score of five stars. Since 2008, all 14 new ŠKODA models have achieved the top rating.

Top scores for Adult and Child Occupant protection; higher rating for assistance systems
Under the new, stricter criteria, the fourth-generation ŠKODA OCTAVIA has successfully defended its five-star rating in the Euro NCAP reference test for crash safety, impressively confirming its reputation as one of the safest vehicles in its class. ŠKODA’s bestseller achieved the top score of five stars following its market launch in 2019. The new rating will be valid throughout the European Union, the United Kingdom and Norway until the end of 2028. The OCTAVIA scored 86% of the maximum possible points for Adult Occupant protection and 84% for Child Occupant protection. In terms of the Safety Assist systems included as standard, the OCTAVIA surpassed its 2019 result, rising from 79 to 81%.

Further upgrades to the safety equipment since summer 2022
In June 2022, ŠKODA AUTO further upgraded the OCTAVIA’s safety equipment. Since then, the hatchback and the OCTAVIA COMBI estate have been equipped with a central airbag between the driver and front passenger and a knee airbag for the driver as standard. Moreover, the latest generation of driver assistance systems automatically initiates braking manoeuvres when there is a risk of collision at junctions or with a cyclist riding across the lane. The Driver Alert fatigue detection system now also issues an audio-visual warning.

More demanding tests for more realistic accident simulation
The Euro NCAP test protocol valid since 2020 is more demanding than the previous one, when the fourth-generation OCTAVIA first achieved its five-star rating. The changes aim to achieve a more realistic simulation of actual accidents and their consequences. Up until 2019, the frontal impact test involved driving a vehicle into a solid wall with a deformable barrier at 64 km/h. Since early 2020, the test has used a 1,400-kilogram mobile barrier travelling at 50 km/h towards an oncoming vehicle also travelling at 50 km/h. In addition, a new generation of test dummy THOR-50M (Test device for Human Occupant Restraint) is used in the driver’s seat. It incorporates major advancements in terms of biofidelity and sensing and represents an average adult male weighing 76.6kg. In the side impact test, the speed of the barrier was increased from 50 km/h to 60 km/h, while its weight rose from 1,300 kilograms to 1,400 kilograms. These changes mean that the test vehicle has to safely absorb 55% more kinetic energy than before. The requirements for autonomous emergency braking have also become more demanding, for example, with the inclusion of more junction scenarios as well as collision protection for a cyclist crossing the road at right angles to the direction of travel and emerging from behind an obstacle. The speed range for autonomous braking scenarios has expanded by 10 and 15 km/h. Safety after an accident is now also evaluated. Among other things, this includes support for emergency services through safety data sheets in five languages and the eCall+ function for automatic communication with the emergency services. The Multi-Collision Brake and fatigue detection system delivering an audio-visual warning are also evaluated. The final score is based on a combination of the individual scores in four categories: Adult Occupant protection, Child Occupant protection, Vulnerable Road User protection and Safety Assist systems.

Euro NCAP tests since 1997
The European New Car Assessment Programme (Euro NCAP) based in the Belgian city of Leuven is a scheme founded in 1997 by transport ministries, automobile clubs, insurance associations and research institutes from eight European countries. It conducts crash tests on current vehicle models and evaluates their active and passive safety as well as their rescue and recovery safety. While initially only the results of crash tests were evaluated, the ratings of active safety systems, as well as driver assistance systems, now have a greater weighting in the overall evaluation. Until 2019, the assessment criteria were tightened every two years. Since 2020, three-year intervals have applied, now covering not only active and passive safety scenarios but also tertiary safety aspects such as Emergency Call and information about the damaged vehicles for the integrated rescue system. 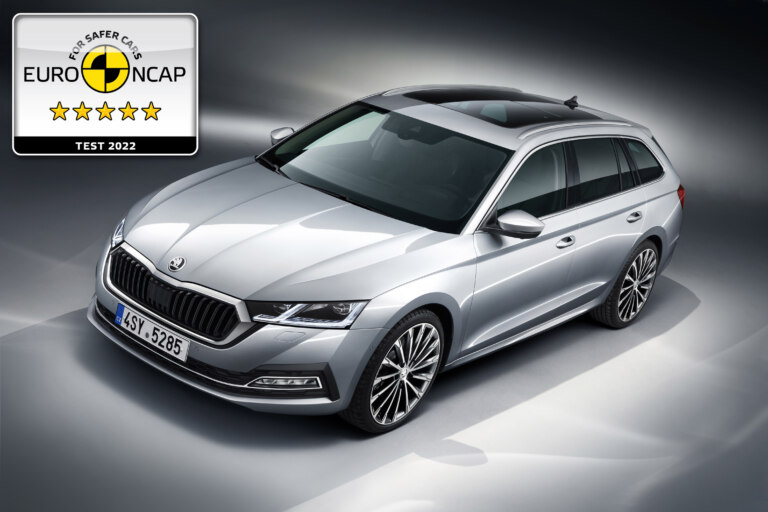 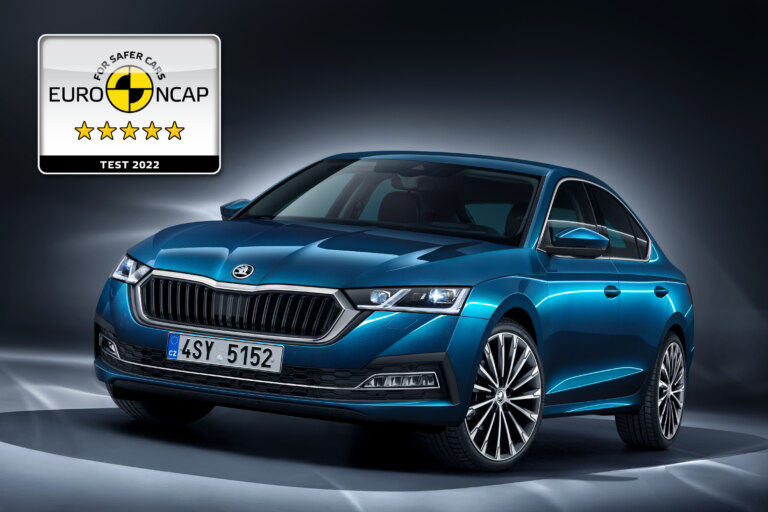