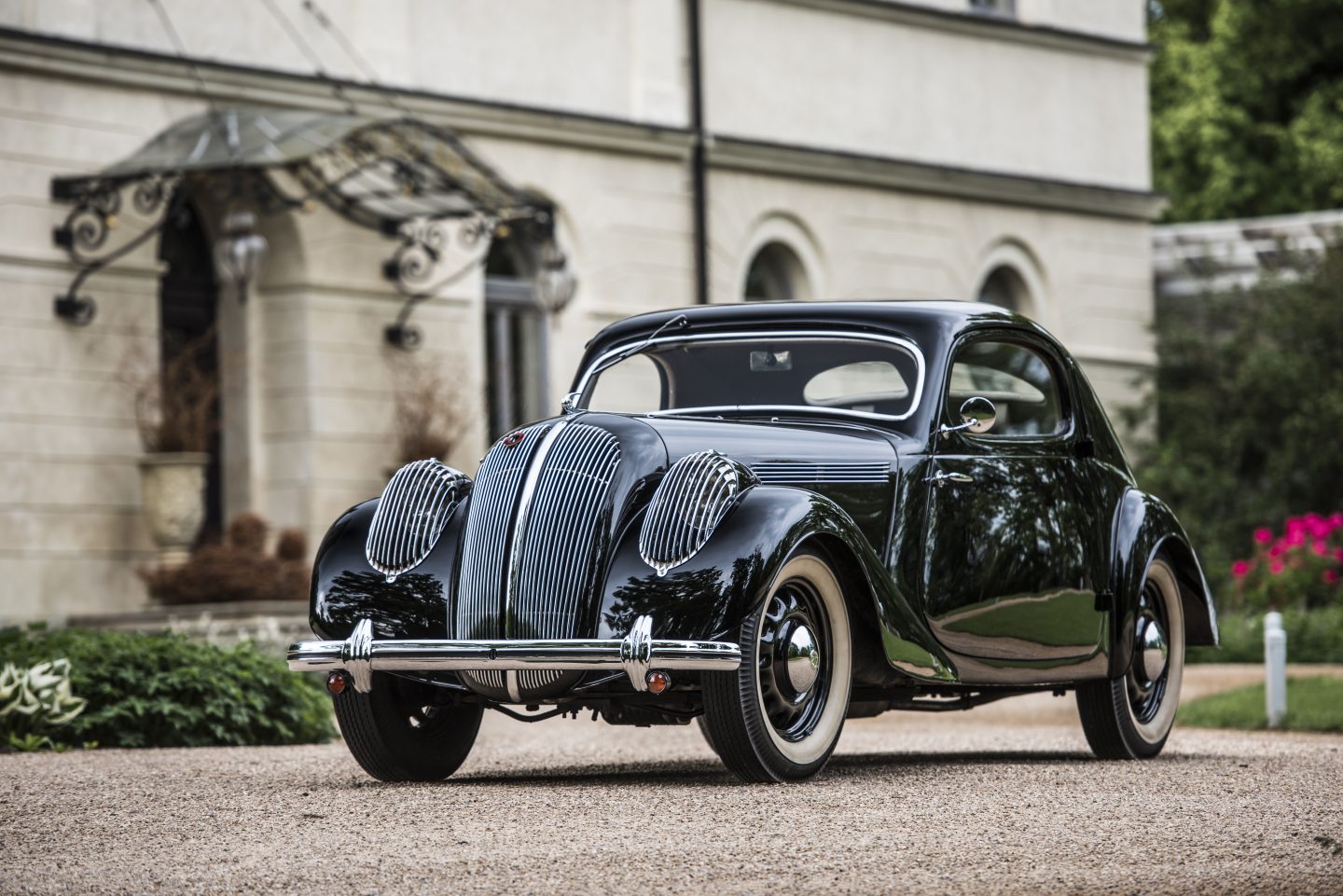 › ŠKODA’s early successes at the prestigious Monte Carlo Rally inspired the launch of the POPULAR Monte Carlo model in 1936
› The automaker sold 70 of the 72 roadster and coupé versions built between the summer of 1936 and the spring of 1939
› The POPULAR Monte Carlo combined ŠKODA’s technical and design expertise with the wealth of experience gained from motorsport successes
› Technological highlights of the dynamic model: In addition to independent suspension, the sophisticated chassis was equipped with a transaxle drive system with the transmission on the rear axle

Mladá Boleslav, 4 August 2020 – The successful motorsport activities of the Mladá Boleslav-based brand date back to 1901. Soon afterwards, the prestigious Monte Carlo Rally became one of the competitions in which ŠKODA regularly competed. For example, in 1912, when the famous racing driver Count Sascha Kolowrat-Krakowsky took part in the second year of the rally in an open-top car built by Laurin & Klement.

In January 1936, a special POPULAR roadster drove to second place in the under 1,500cc class at the highly acclaimed event. From that time on, customers also benefited from the experience the Czech car manufacturer gained under the extreme conditions of the “Monte”. The positive response to this sporting success inspired ŠKODA to launch a limited special edition with coupé and roadster bodywork: The first open-top version of the POPULAR Monte Carlo was delivered to its buyer in July 1936, and on 1 October of the same year the new model celebrated its world premiere at the Paris Motor Show.

Customers appreciated the four-cylinder engine with 31 hp (23 kW) and a capacity of 1.4 litres, which came from the larger RAPID and had proven its worth at the Monte Carlo Rally. The chassis also matched the car’s sporty character. The exceptionally rigid yet lightweight central tubular frame branched at the front to accommodate the engine. The three-speed transmission moved to the driven rear axle in a state-of-the-art transaxle design, including transfer case and differential, and independent suspension on all wheels. All these factors contributed to the car’s excellent traction, stability and manoeuvrability. The modern hydraulic brakes and precise rack-and-pinion steering also enhanced the dynamic characteristics of the POPULAR Monte Carlo, which can reach speeds of up to 110 km/h.

The two-seater coupé variant measured 4,200 millimetres in length, 1,500 in width and 1,370 in height and weighed 960 kilograms, some 60 kilograms heavier than the basic roadster model, which in 1936 cost 28,500 crowns – less than the special edition, which came with a price tag of 35,000 crowns. A facelift was released in October 1937, with the headlights partially recessed into the fenders. In addition, the wheel mounts were modified and the suspension adjusted;

the extended wheelbase increased the space available in the interior. In 1938 the Czechoslovak government presented a particularly luxurious version of the POPULAR Monte Carlo roadster to the head of state of allied Yugoslavia, King Petar II Karađorđević, who was only 14 years old at the time.

The black POPULAR Monte Carlo coupé from 1937 shown here has been in the ŠKODA Museum’s collection since 1968. It was professionally restored at the turn of the millennium and has since been a representative of ŠKODA’s 125-year history at many classic car events at home and abroad. Around a dozen vehicles of this model survive to this day. A second coupé is currently undergoing extensive renovation at the ŠKODA Museum workshops, and a POPULAR Monte Carlo roadster will also be rebuilt here soon.

In 2011 ŠKODA revived the tradition of the Monte Carlo special editions. The FABIA MONTE CARLO was followed by similar versions of the CITIGO, RAPID, RAPID SPACEBACK, SCALA and KAMIQ. With their strikingly sporty appearance, they are a reminder of the Czech car manufacturer’s long and successful involvement in the “Queen among rallies”, which continues to this day. 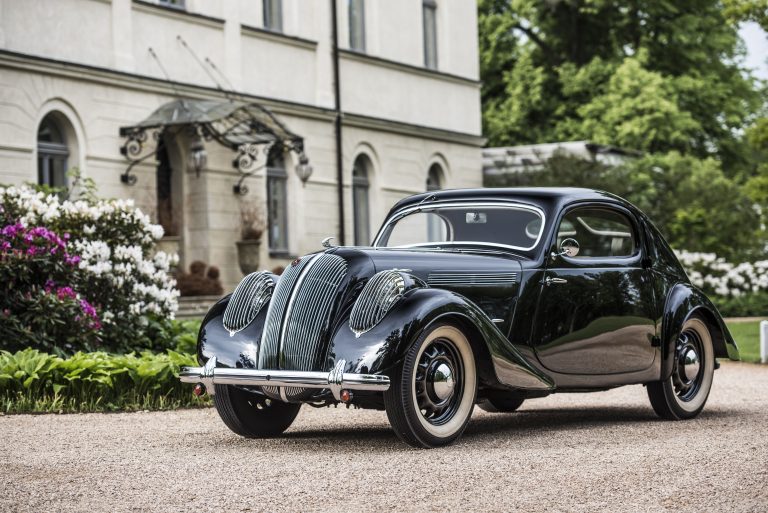 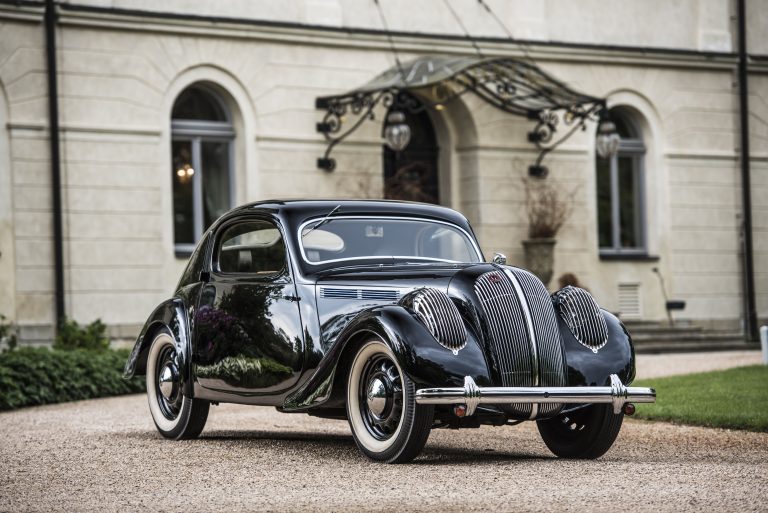 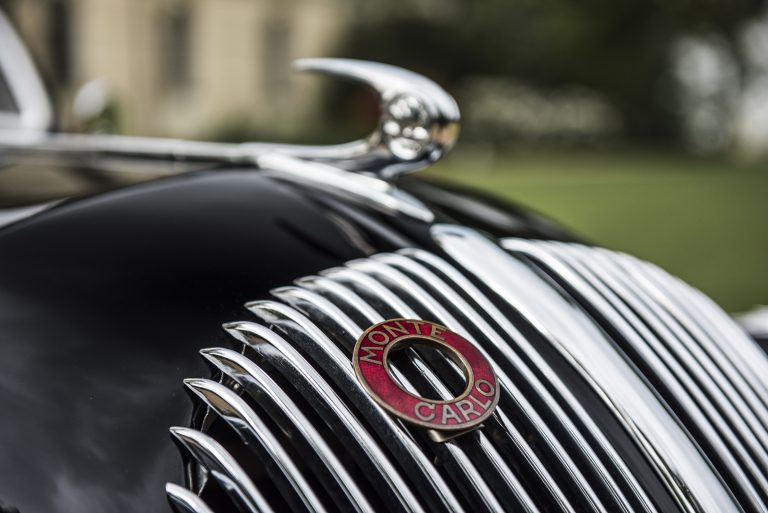 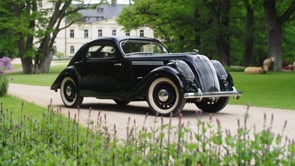 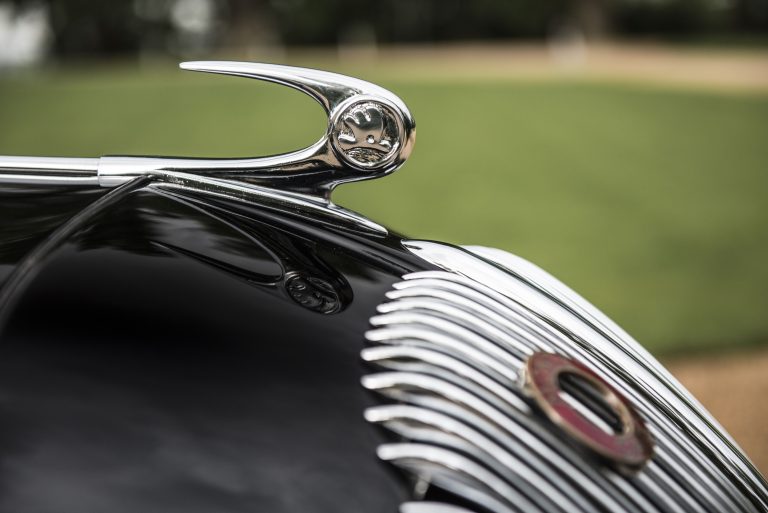 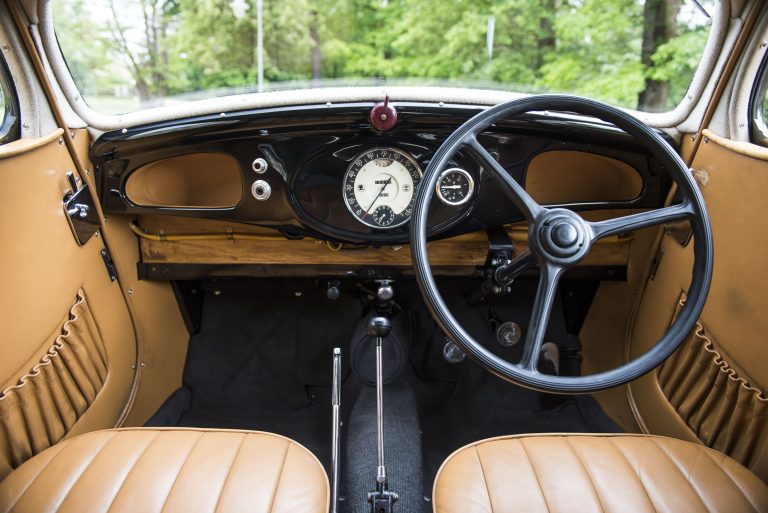 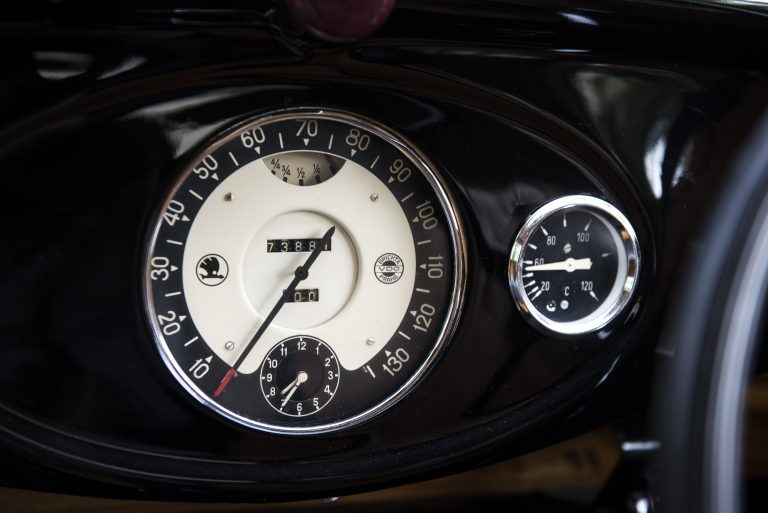 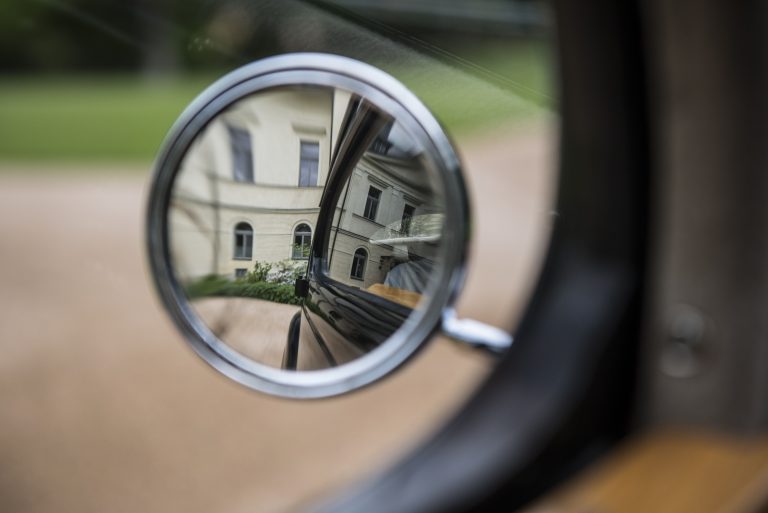 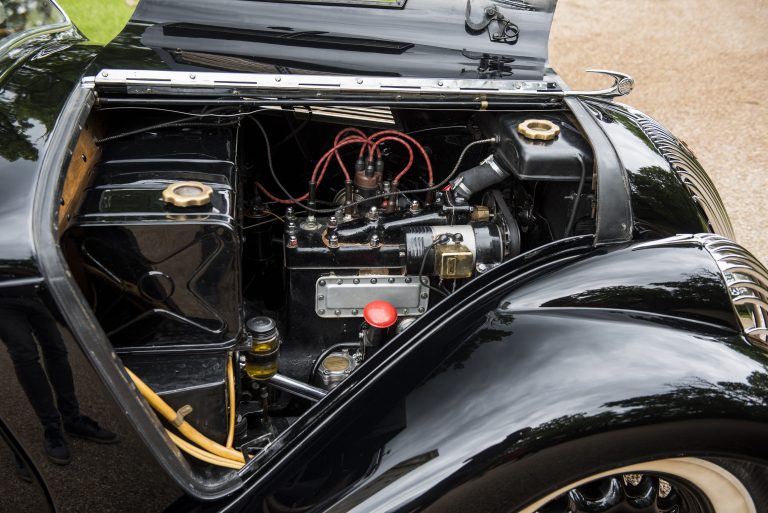 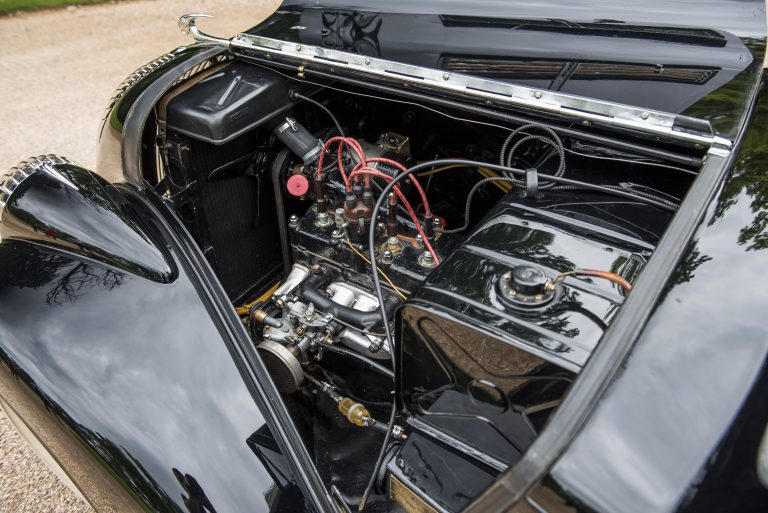 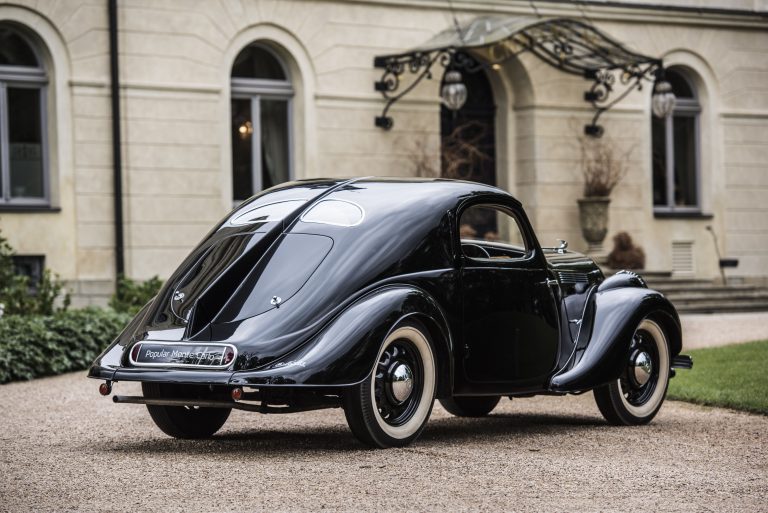 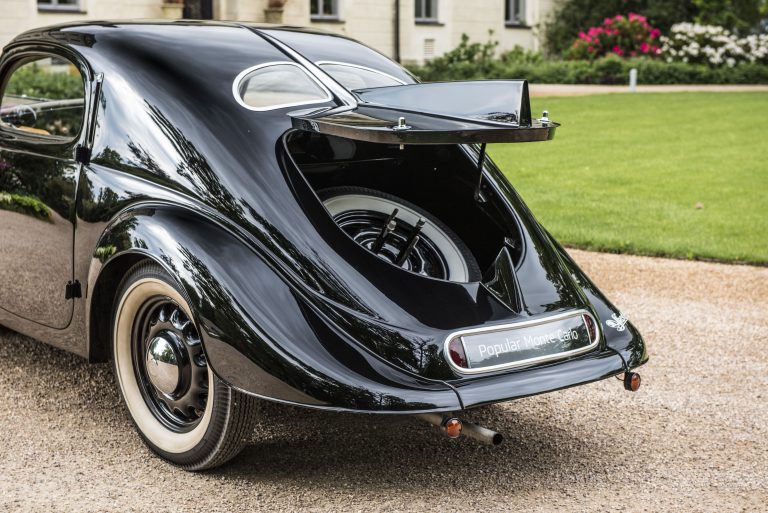 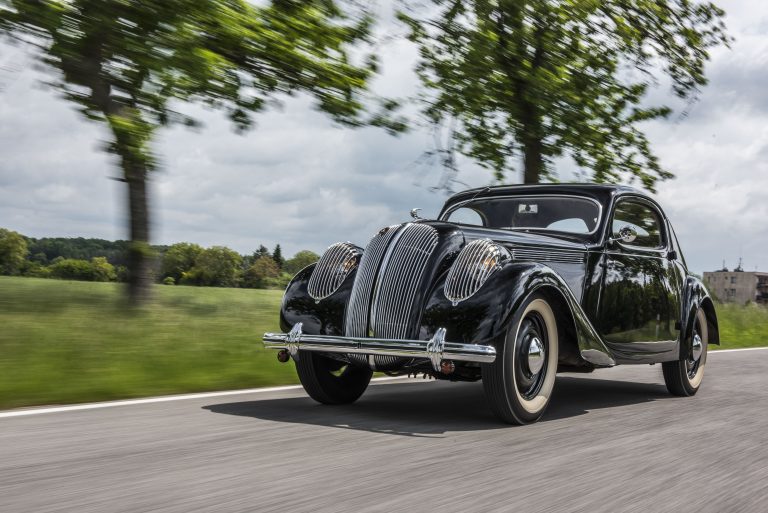 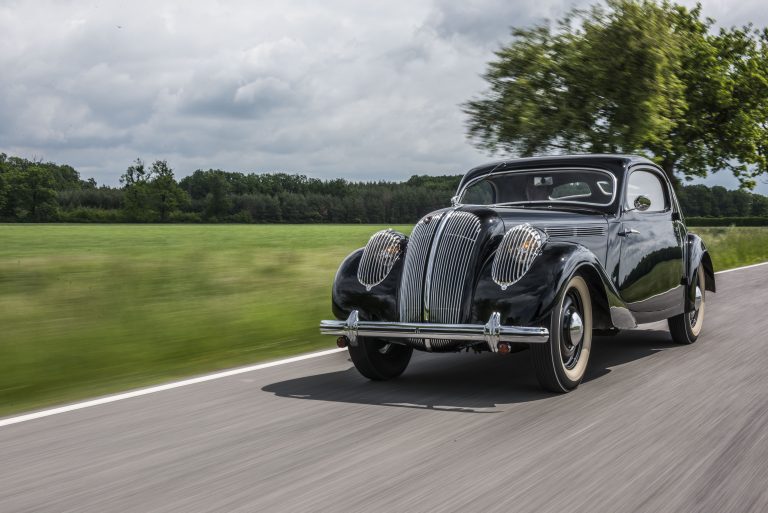 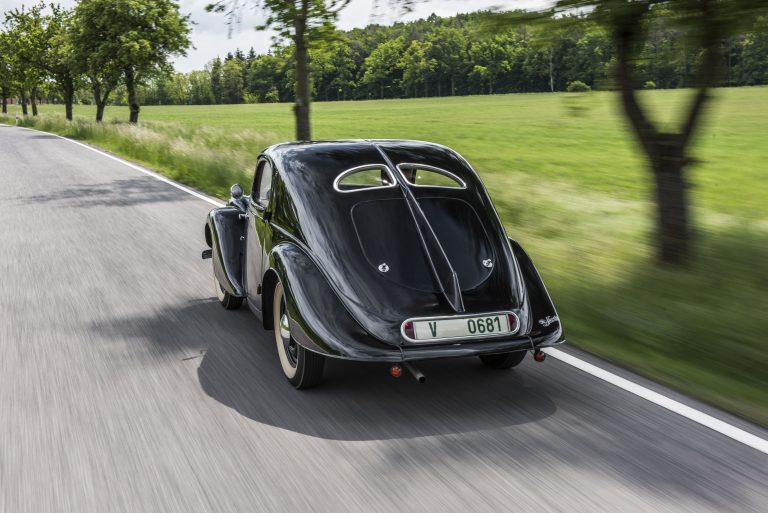 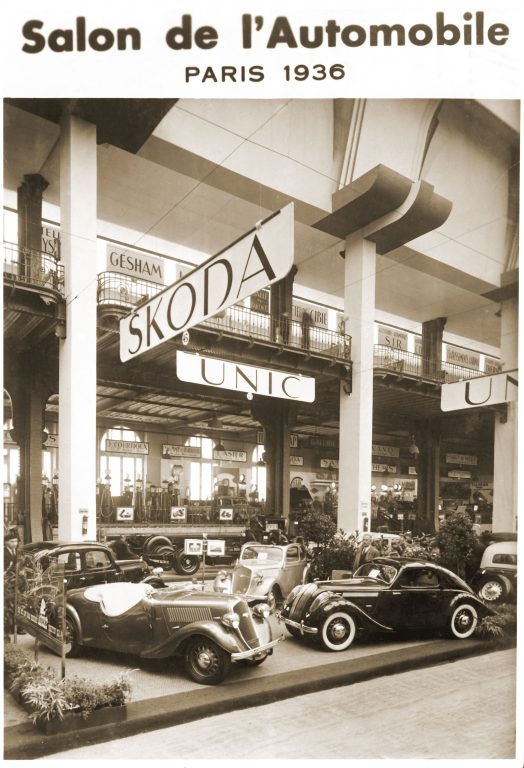