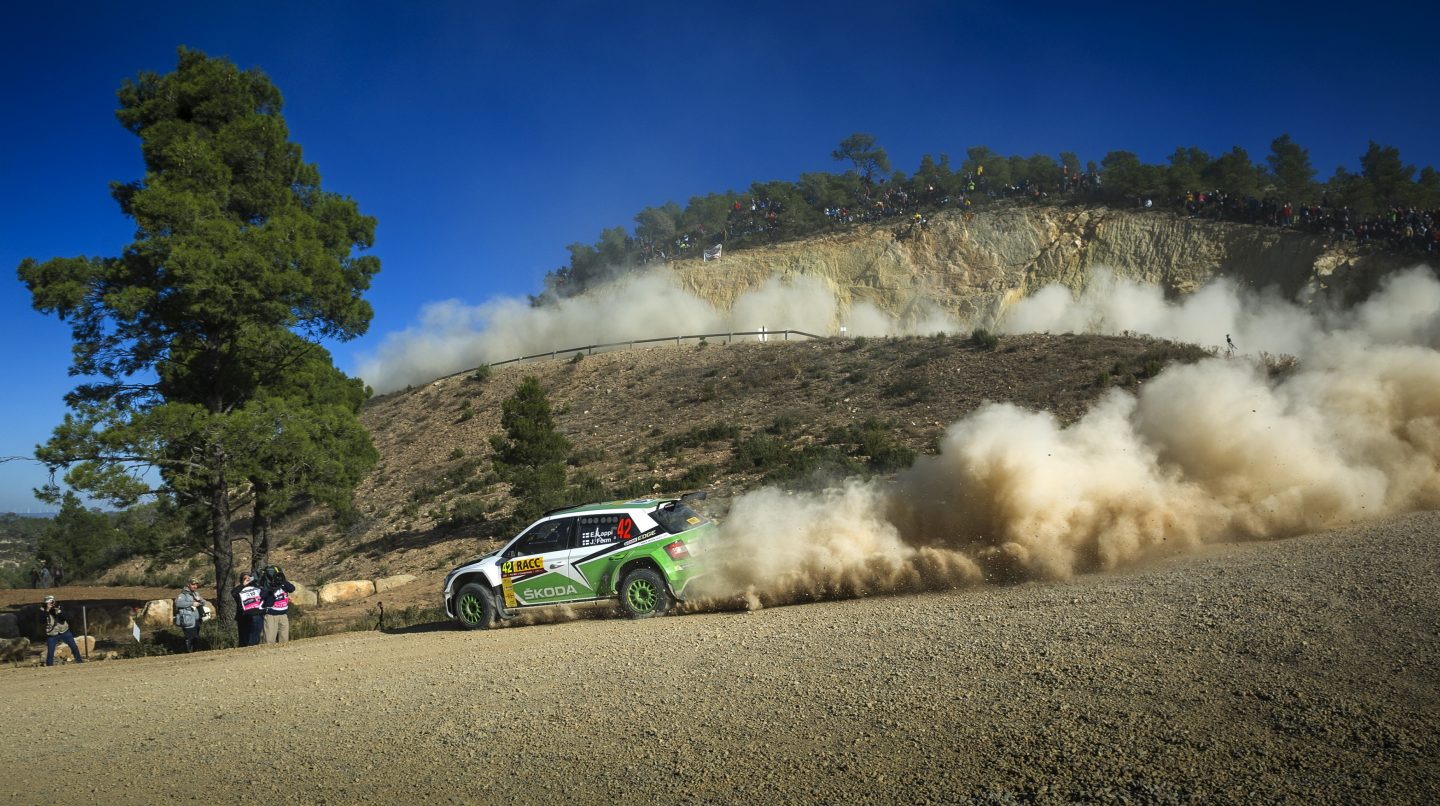 Salou/Spain, 24 October 2015 – ŠKODA works duo Pontus Tidemand/Emil Axelsson (S/S) go into the final day of the Rally Spain leading the field in their Fabia R5. The Swedes take a 30.1-second lead over team-mates Jan Kopecký/Pavel Dresler (CZ/CZ) into the final 76.4 kilometres against the clock. In contrast, the third ŠKODA works duo of Esapekka Lappi/Janne Ferm (FIN/FIN) were forced to abandon any hopes of winning the WRC 2 class: the 2014 European rally champions crashed out of the penultimate round of the FIA World Rally Championship (WRC 2) on stage eleven on Saturday morning. 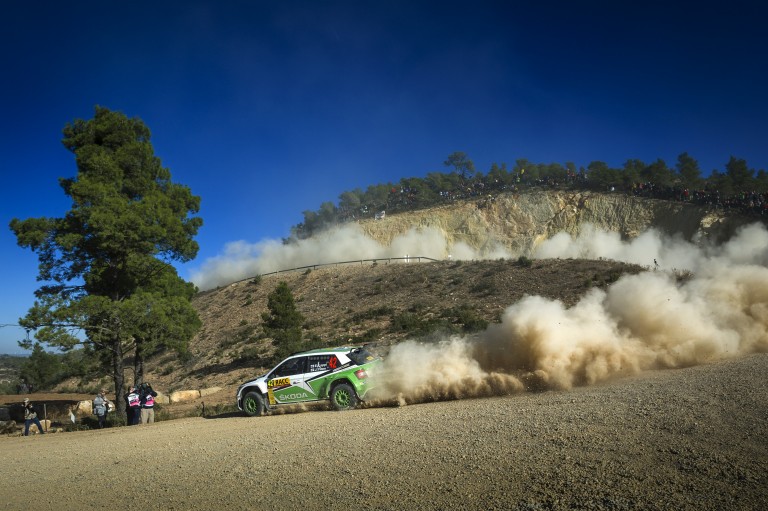 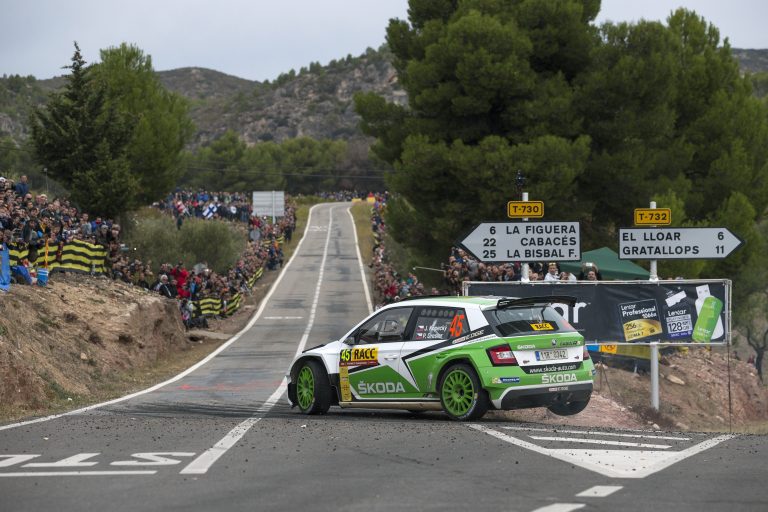 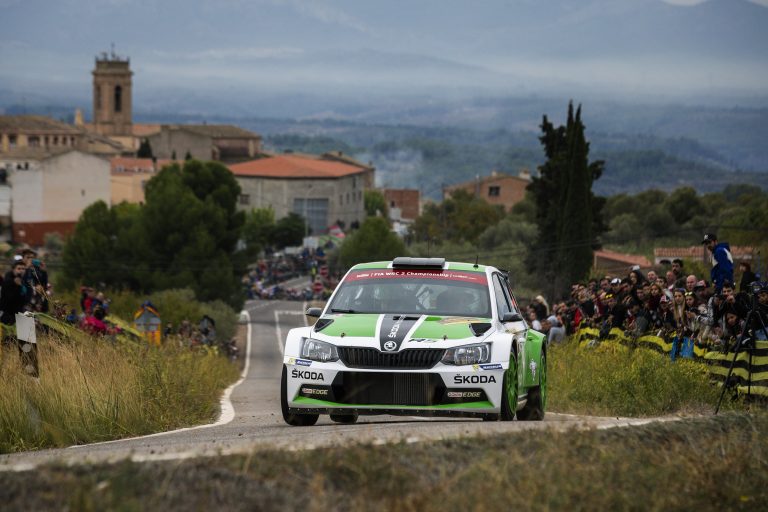 Day three of the rally on the Costa Daurada began with a major adjustment for the drivers and teams at the 51st Rally Spain. While the majority of Friday’s eight special stages was held on gravel roads, Saturday featured 123.05 kilometres of asphalt special stage. The mechanics took full advantage of a 75-minute service on Friday evening to make the necessary modifications to the three ŠKODA Fabia R5 works cars, converting the high-tech four-wheel drive powerhouse from Mladá Boleslav from a rally car into a racing car with a far lower set-up.

Pontus Tidemand had no problem adapting to the changes. The Asia-Pacific champion avoided taking any risks and focussed on managing his lead. “This rally is great fun, and we are really enjoying driving here,” said Tidemand. “The special stages are just great. After the Rally Sweden, this is definitely my favourite rally. The most important thing for me this weekend is to reach the finish in one piece. I want to score as many points as possible for the team, whilst at the same time gaining as much experience as possible on these asphalt routes. I am looking forward to the final day!”

Jan Kopecký claimed the most stage wins on Saturday. The asphalt specialist won four of the eight special stages to close the gap to Tidemand, although a problem with the steering in the morning did cost him over a minute. “Fortunately, Pavel and I were able to solve the problem with the power steering quickly by ourselves after the tenth stage,” said Kopecký, who is racing for the ŠKODA Motorsport II team in Spain. “These things happen at rallies. As soon as we got it fixed, we immediately showed just how fast the ŠKODA Fabia R5 is with four stage wins in a row. Let’s see, maybe we can still catch Pontus and Emil on Sunday.”

Esapekka Lappi was not a happy man after his crash. “The crash was entirely my fault,” said the European champion. “I feel really sorry for the team. The guys have once again given me a superb car this weekend. This obviously means I can no longer win the WRC 2 championship. However, the team is in with a great chance of winning the Team competition. There is no doubt about it: Janne and I will have our fingers crossed on Sunday for a ŠKODA victory here in Spain!”

Nasser Al-Attiyah (Q), who leads the WRC 2 championship and is at the wheel of a Fabia R5 from the ŠKODA customer racing programme at the Rally Spain, remains in fourth place (+ 3:46.7 minutes). Just 24.4 seconds behind him is Armin Kremer (D), also in a ŠKODA Fabia R5.

Saturday’s rally action drew to a close with a special stage in the rally centre of Salou. Not far from the Service Park, cheered on by thousands of thrilled spectators, the drivers took on a 2.24-kilometre asphalt route – the shortest stage of the 51st Rally Spain. As such, the spectator stage was not much longer than the “Dragon Khan” rollercoaster in the neighbouring “PortAventura” theme park, which is a proud 1.285 kilometres long and – unlike the aforementioned special stage – features three loop-the-loops.

151024 ŠKODA remains on course for victory at Rally Spain

151024 ŠKODA remains on course for victory at Rally Spain 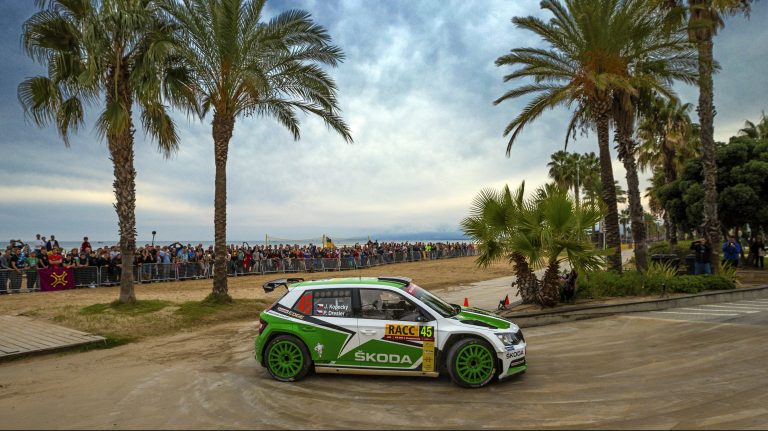 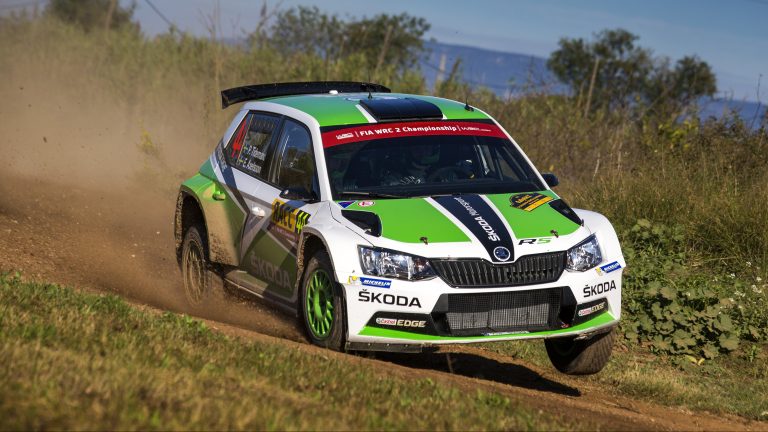 Perfect start: One-two-three lead for ŠKODA at the Rally Spain 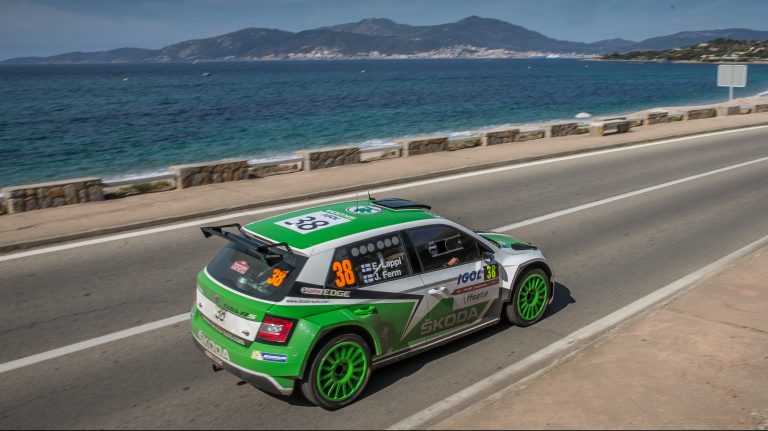