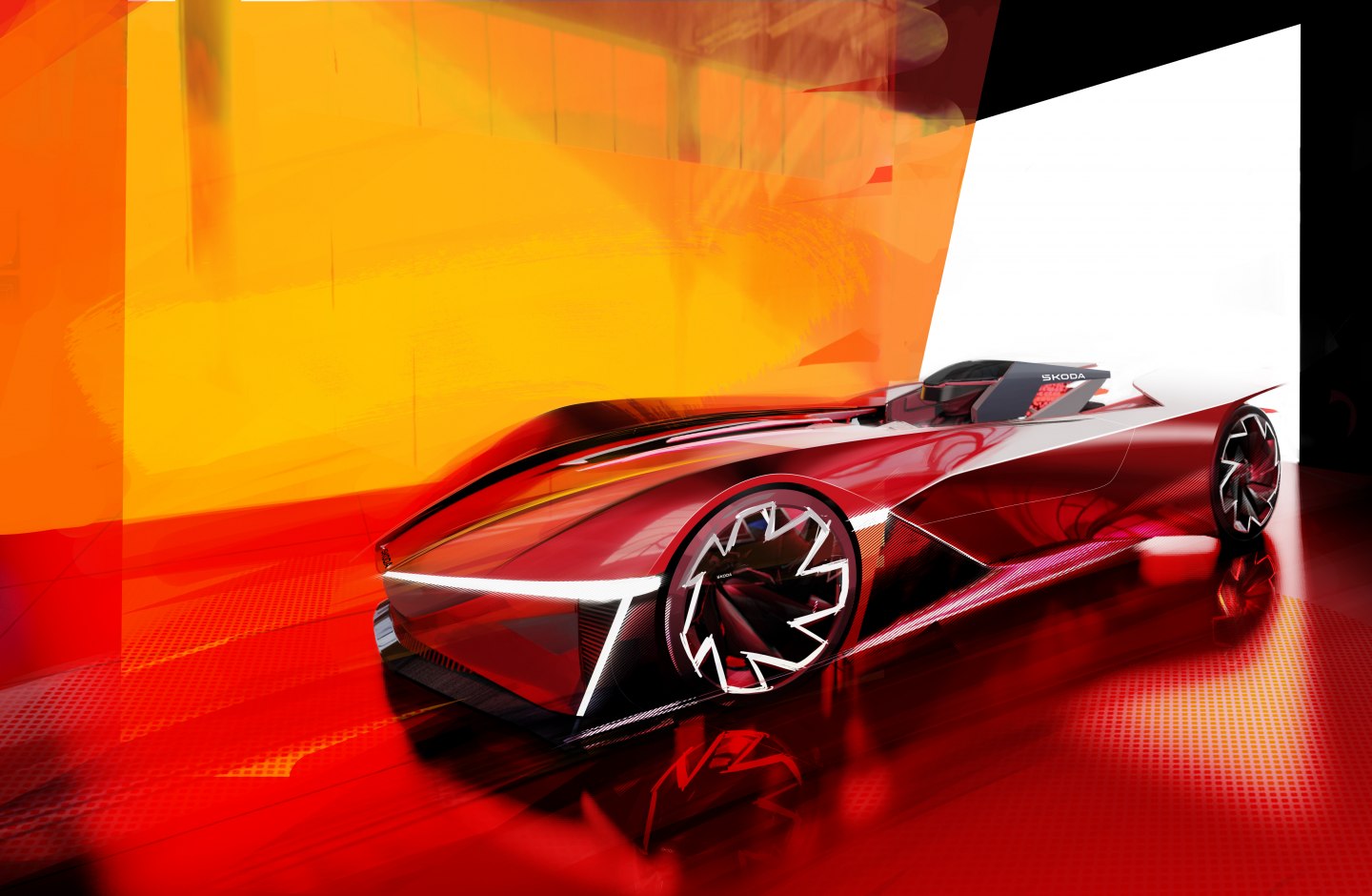 › Computer-animated model developed by ŠKODA Design is inspired by the ŠKODA 1100 OHC
› Study features in the ‘Design and Transformation’ exhibition in Brussels, organised as part of the Czech Republic’s EU Presidency
› VISION GT sports active aerodynamics, new ŠKODA wordmark at front and rear

Mladá Boleslav, 20 September 2022 – ŠKODA Design has reinterpreted the concept of the ŠKODA 1100 OHC from 1957 and is presenting the computer-animated design model VISION GT, a study of an all-electric racing car made in Mladá Boleslav. Alongside its forebear, the design concept is currently on show in the ‘Design and Transformation’ exhibition. Hosted in Brussels, the display is part of the supporting programme of the Czech Republic’s EU Presidency.

The computer-animated design model ŠKODA VISION GT is among the highlights of the ‘Design and Transformation’ exhibition in Brussels. To mark the Czech Republic’s EU presidency, a number of Czech companies are presenting products and designs from 1990 to 2020 at this event. In creating the VISION GT model, the ŠKODA Design team found inspiration in the ŠKODA 1100 OHC from 1957. The automaker is using the concept to send a clear signal for sustainable sportiness and emotion in the digital age. The digital VISION GT ties in with the tradition of the ‘Icons Get a Makeover’ series, which includes iconic models from the company’s history, such as the 130 RS, FELICIA and RAPID MONTE CARLO.

Just like the 1100 OHC, the VISION GT is a red, open-top racing car. However, it is designed as a single-seater, with the driver sitting in the centre of the vehicle. Above the futuristic carbon steering wheel, which is flattened at the top and bottom, there is a flat on-screen bar that doubles as a windshield. Important information is projected directly onto the driver’s helmet visor, similar to a head-up display. An active cockpit with a flexibly suspended seat is designed to optimally compensate for g-forces.

The exterior of the flat VISION GT is characterised by clear lines and sharp edges. The design echoes current Formula E racing cars, which is particularly evident in the spectacular two-piece rear wing. Active aerodynamics also ensure optimum driving performance at all times. Shining in bright red between the two upper wing profiles is the new ŠKODA wordmark in the form of a hologram. It also appears on the very flat front of the VISION GT and references the curved ŠKODA line.

The ‘Design and Transformation’ exhibition at the Design Museum in Brussels is open until 8 January 2023, with some exhibits also on display at Prague House in Brussels until 2 October 2022. 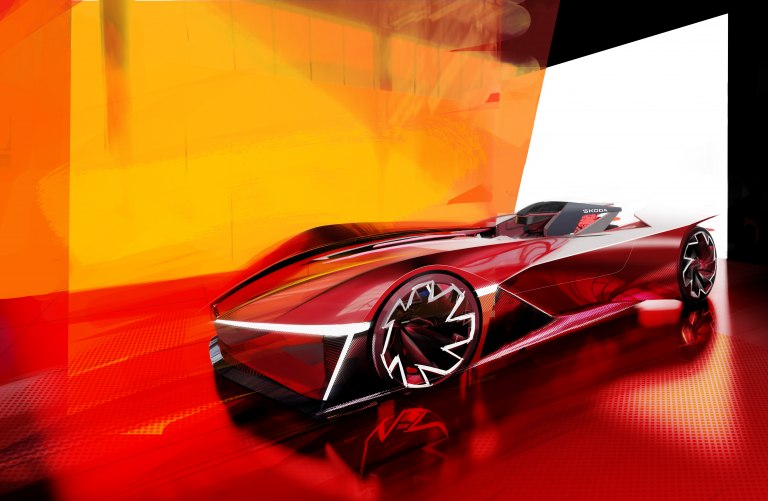