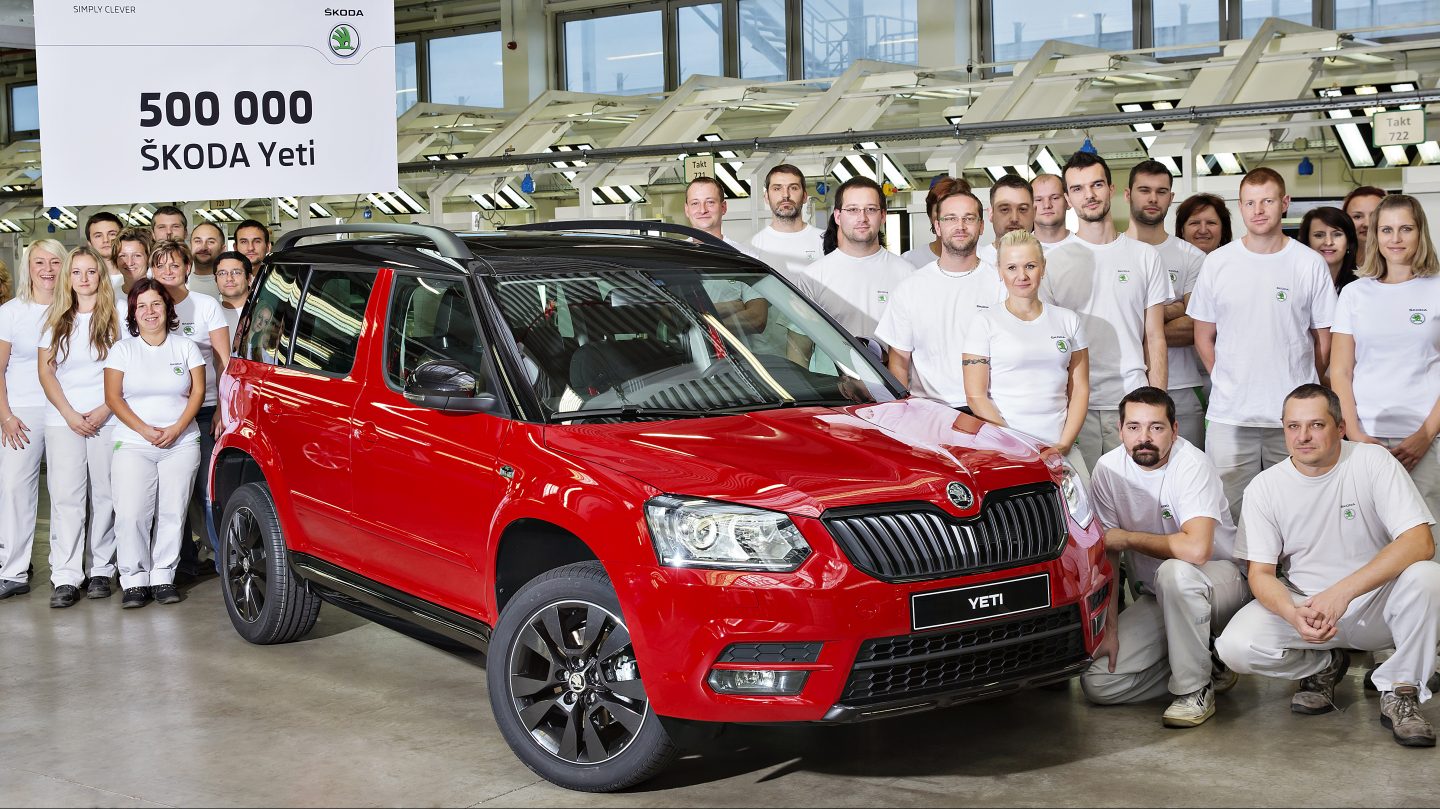 Mladá Boleslav/Kvasiny, 29 October 2015 – 500,000th ŠKODA Yeti rolled off the ŠKODA production line in Kvasiny at the end of October. The milestone vehicle is a ŠKODA Yeti Monte Carlo in the colour Corrida Red. The ŠKODA Yeti is one of the most popular compact Sport Utility Vehicles (SUVs) in the world. 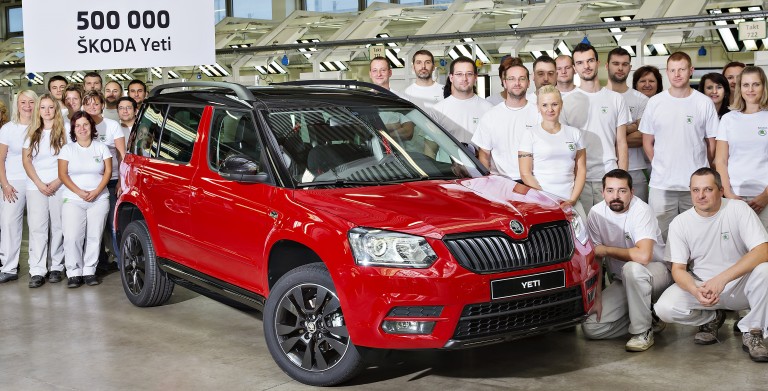 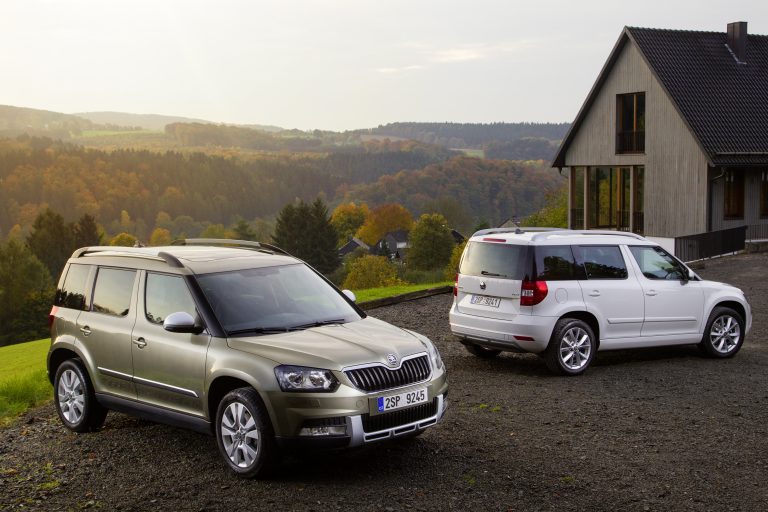 The Czech car manufacturer celebrated their premiere in the SUV segment in 2009 with the ŠKODA Yeti.  The Yeti quickly became one of the most successful vehicles in its class.

In 2013, the ŠKODA Yeti was completely redesigned, and has since been available in two individual design versions: the smart ŠKODA Yeti for the city, and the adventurous ŠKODA Yeti for the great outdoors.  Both versions of the ŠKODA Yeti score with expressive designs, fresh interiors, attractive ‘Simply Clever’ ideas, highest functionality and enhanced engine/gearbox combinations.

Both versions of the Yeti are available with front- and all-wheel drive. The modern 4×4 drive has outstanding off-road characteristics, offering maximum all-wheel functionality in combination with the Yeti’s proven qualities. The ŠKODA Yeti Monte Carlo has been available since 2014, extending the Yeti range with a sporty version.

In addition to the production in Kvasiny, the ŠKODA Yeti runs off the production lines in in China and Russia. In China, the Yeti is produced locally at the Shanghai Volkswagen plant as an extended version for the Chinese market. In Russia, production of the compact SUV is carried out in corporation with the Russian manufacturer GAZ Group at the Nizhniy Novgorod plant.

Kvasiny is one of ŠKODA’s three production plants in the Czech Republic. In addition to the ŠKODA Yeti, the ŠKODA Superb and Superb Combi models currently run off the assembly lines here. In 2014, 166,200 ŠKODA vehicles were produced at Kvasiny. Around 4,500 employees are currently employed here, making it one of the largest industrial employers in the Hradec Králové region. The automobile factory was founded some 81 years ago, and ŠKODA cars have been manufactured there since 1947.

The Kvasiny plant is currently undergoing the most extensive modernization and expansion project in the history of the site. Over the next few years, the production capacity of the East-Bohemian region is set to increase by up to 280,000 vehicles per year.  There are also plans to create up to 1300 additional jobs. ŠKODA will be investing around seven billion Czech crowns into the development project.