› The keys to the first ŠKODA 418 POPULAR were handed over exactly 85 years ago
› Progressive construction: lighter central tube frame, all-round independent suspension and transaxle drive concept
› Thanks to the POPULAR and the larger models RAPID, FAVORIT and SUPERB, ŠKODA AUTO became the largest automobile manufacturer in Czechoslovakia

Mladá Boleslav, 6 March 2019 – The legendary ŠKODA POPULAR’s career began 85 years ago, on 6 March 1934. The first copy went to Zlín to the world famous shoe manufacturer Baťa. Customers were won over by the POPULAR’s modern construction and excellent value for money. The model celebrated numerous sporting successes, found a ready market and was exported to dozens of countries.

In the mid-1920s, ŠKODA launched a generous investment initiative that enabled efficient mass production, including assembly line production and, as a result, an impressive model campaign. In April 1933, the ŠKODA 420 STANDARD, a direct response to the economic crisis, served as a pioneer of the new passenger car generation. Compared to its predecessor, the Š 422, it weighed around 250 kilograms less. At the same time, its four-cylinder four-stroke engine with a displacement of 995 cm3 and output of 14.7 kW (20 hp) took advantage of the tax benefits at the time. The price was 29,800 crowns (Kč).

ŠKODA developed the POPULAR on the back of the positive experience with the 420 STANDARD. The entry-level version – the Š 418 POPULAR – offered excellent handling, even on bad roads, thanks to its central tube frame, all-round independent suspension and precise rack-and-pinion steering. Also, the weight distribution was favourable because the transmission had been moved to the rear axle to form a transaxle system. The 902 cm3 four-cylinder engine produced 13 kW (18 hp) and consumed only seven litres per 100 km. The first prototype was made on 18 January 1934, followed another 19 units of the test series at the end of February.

On Tuesday, 6 March 1934, the first ŠKODA POPULAR changed hands: it was acquired by the internationally renowned shoe and tyre manufacturer Baťa from Zlín, which at the time was a supplier to ŠKODA. Company President Jan Antonín Baťa is said to have received the vehicle in person. One month later, on 9 April, Baťa ordered 30 more POPULARs – semi-convertibles and roadsters – from Ing. Karel Hrdlička, the automobile plant director. Given the positive experience with the modern and economical car, the company later bought several dozen additional copies of the ŠKODA POPULAR, which was available starting at 17,800 Kč, including a closed-top commercial vehicle body.

The ŠKODA POPULAR quickly grew in popularity among motorists. Celebrities were often seen behind the wheel, including actress Olga Scheinpflugová and the Czech national football team, who were the runners up in the 1934 World Championship with goalkeeper and captain František Plánička.

An impressive long-distance journey highlighted the virtues of the ŠKODA POPULAR, one of the most affordable automobiles on the market: four vehicles travelled from Prague by land to Calcutta, 11,000 km away in what was then British India; on the way home, the quartet passed through Bombay. In Trieste, the tour group left the steamboat and returned via Italy, Yugoslavia and Austria, returning to their homeland to complete the 15,000-kilometre trip.

The sharply rising production figures demonstrate how well received the POPULAR was among customers in Czechoslovakia and dozens of countries around the world; the production volume almost doubled between 1934 and 1935. From 1935 to 1939, almost 6,000 copies were exported – including to China for the first time in 1935, which began the trading relationship between ŠKODA AUTO and the Middle Kingdom. In 1936, thanks to the POPULAR series, the automaker shot to number one in the domestic vehicle market, a position that ŠKODA maintains to this day.

The POPULAR also enjoyed numerous successes on the international motorsport scene, including taking second place in the class up to 1,500 cm3 at the Monte Carlo Rally. ŠKODA took this triumph as an opportunity to release a special series – the coupé and roadster versions POPULAR MONTE CARLO appealed especially to more discerning customers.

Customers continued to show interest in ŠKODA’s smallest vehicle. As early as 1934, a more powerful engine with 995 cm3 and 14.7 kW (20 hp) went into series production, with further innovations including OHV valve control and safety glass windscreen following in the summer of 1937. A 1,089-cm3 four-cylinder with 22 kW (30 hp) debuted in the autumn of the same year. In 1938, the ŠKODA POPULAR 1100 OHV received hydraulic drum brakes, while the lower-priced POPULAR 995 ‘Liduška’ four-seater with a closed body and 16 kW (22 hp) was available from 17,300 Kč.

The POPULAR’s career was interrupted abruptly by the Second World War. Nevertheless, between 1934 and 1946, more than 21,000 units of the model series rolled off the production line, with around 250 units built after the war. The ŠKODA POPULAR 1101 served as a springboard for restarting production. This model was based on prototypes that had been designed in the summer of 1939. Its wheelbase was extended by 40 millimetres, with the gearbox moved back to the engine, forming a single unit with the clutch. The low consumption of 8.5 litres per 100 km remained unchanged despite the increase in power output to 23.5 kW (32 hp). Customers first learned of the modernised design in 1946 with the name ŠKODA 1101, but the model gained greater prominence under its nickname ‘Tudor’. 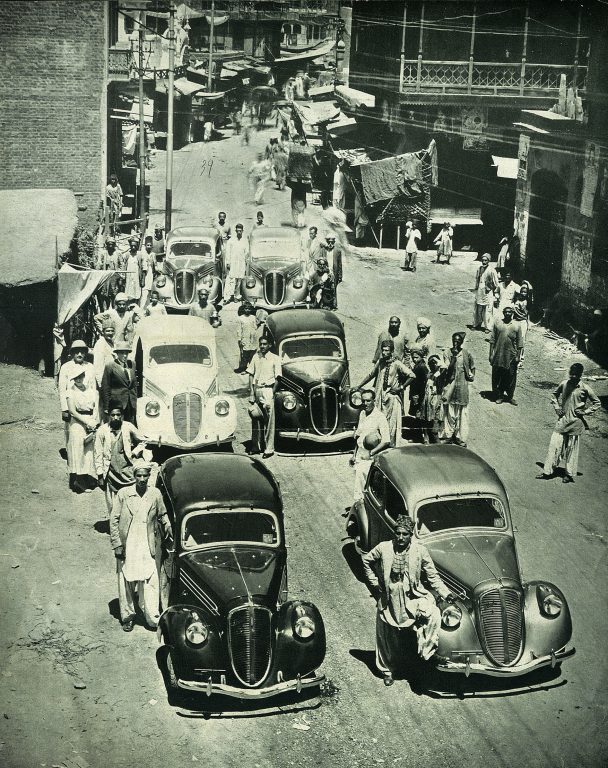 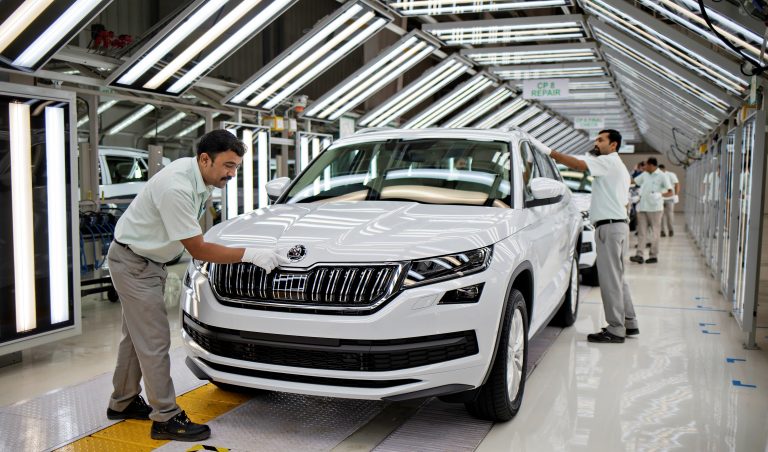