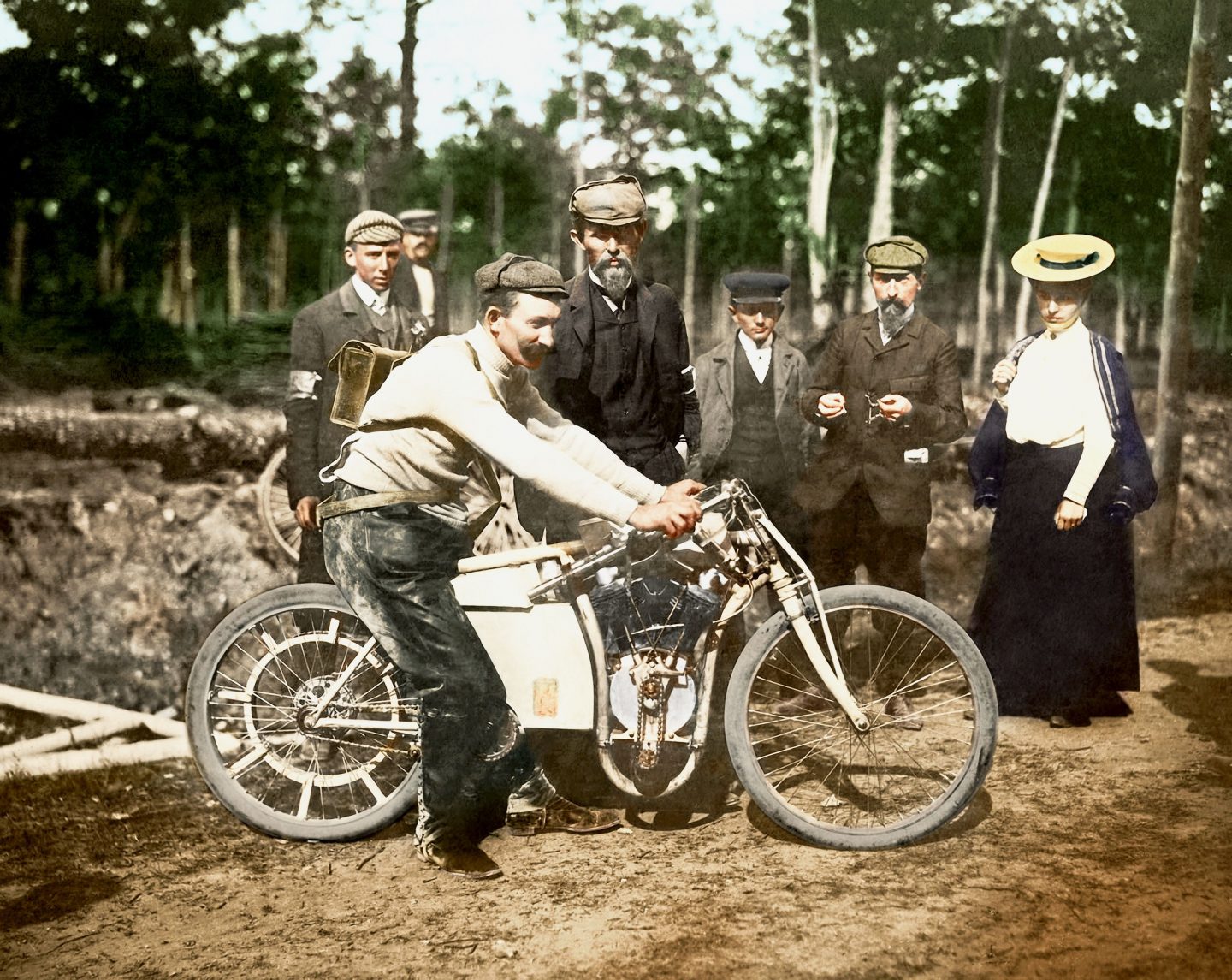 › The motorcycle era of Laurin & Klement, the founding brand of ŠKODA AUTO, reached its peak in 1905 with their outstanding success at the unofficial world championship
› Václav Vondřich was crowned title winner after five laps of the 54-kilometre circuit in Paris on his L&K CCR, while František Toman rounded off the double victory
› The Mladá Boleslav brand has been involved in motorsport with great success since 1901

Mladá Boleslav, 25 June 2020 – On 25 June 1905, Václav Vondřich won the unofficial world championship of the FICM, the forerunner of today’s FIM (Fédération Internationale de Motocyclisme), on a motorcycle built by Laurin & Klement. It was one of the greatest racing milestones in the history of the brand, which was founded in 1895 and later became ŠKODA AUTO. In the same year, the era of automobile production began in Mladá Boleslav.

As early as 1901, Václav Laurin and Václav Klement’s discovered motorsport as a promising stage on which to showcase their up-and-coming company internationally. For example, the motorcycle racer Narcis Podsedníček – whose main job was running the L&K workshop as an experienced mechanic – was the fastest rider to cover the 1,196 kilometres of the race from Paris to Berlin in June that year. In fact, he was so fast that he, unfortunately, reached the finish line before the official timekeeper had arrived, and instead of receiving the winner’s trophy, he was disqualified.

Laurin & Klement’s motorcycles soon ranked among the favourites in hill climbs and circuit races, too, and achieved numerous successes at home and abroad. They were regarded as powerful and fast, but above all, they shone with their exceptional reliability. In 1903, for example, all but one of the bikes crossed the finish line out of 87 starts in 34 races and achieved a total of 32 victories.

However, the highlight of this impressive series was the unofficial world championship of the FICM (Fédération Internationale des Clubs Motocyclistes), which took place on 25 June 1905, 50 kilometres south-west of Paris in the small town of Dourdan. For the peak of the motorcycle racing season at the time, the organisers had mapped a 54-kilometre circuit which had to be completed five times. It also included three so-called neutralisation sections: In these stretches, the drivers had to push their machines with the engine turned off – and hope that they would start up again afterwards.

In 1905, the strongest national teams of their time competed in this international competition. In the hopes of representing Austria-Hungary, two riders with motorcycles from Laurin & Klement, František Toman and Václav Vondřich, had entered themselves into a qualifying race in Pacov, Czech Republic. Eduard Nikodém on a Puch came third in the group. The brands Ariel, Matchless and JAP competed for Great Britain; the French two-wheelers came from Griffon and Peugeot, while Germany sent three Progress motorcycles to France. The strict regulations stipulated that in addition to all the essential components, the tyres also had to come from the respective country of origin. Tyres only lasted for short distances at that time, and the riders themselves were responsible for repairing them.

The Laurin & Klement team arrived well prepared: in trials the year before, they had covered the challenging track with nails, which made tyre failures even more likely. And so Vondřich started the race with a heavy leather bag strapped to his back. It contained all the necessary tools and spare parts but also earned the Czech the nickname “The Travelling Blacksmith” from the spectators. Despite the additional weight and higher centre of gravity, Vondřich with his two-cylinder L&K CCR quickly caught up with the previous year’s winner, Léon Demeester, who was in the lead. On the fourth lap after 246 kilometres, the Czech who was born in Libeň, today a district of Prague, took the lead. At the finish line, he was more than eight minutes ahead after 3:13.17 hours, before the Frenchman was eliminated from the classification due to an illegal rear wheel change. As a result, František Toman moved up one place to make a perfect double victory for Laurin & Klement. In total, only three out of the original twelve participants managed the full distance. This remarkable success even inspired the famous conductor František Kmoch from Kolín to compose the 2/4-beat round dance “Na motoru” (“On the engine”).

Thanks to the triumph at Dourdan, the brand further strengthened its international reputation, and motorcycle production continued for several years. At the same time, however, a new era of automotive engineering was dawning at the Mladá Boleslav company. It all began on 29 October 1905 with the Laurin & Klement Voiturette A, the culmination of four years of research and development by Václav Laurin and his team of designers

Václav Vondřich took over the management of the L&K branch in Prague in 1906. Due to contracting tuberculosis, he had to hang up his helmet before the First World War. He remained head of the ŠKODA dealership until the early 1940s. 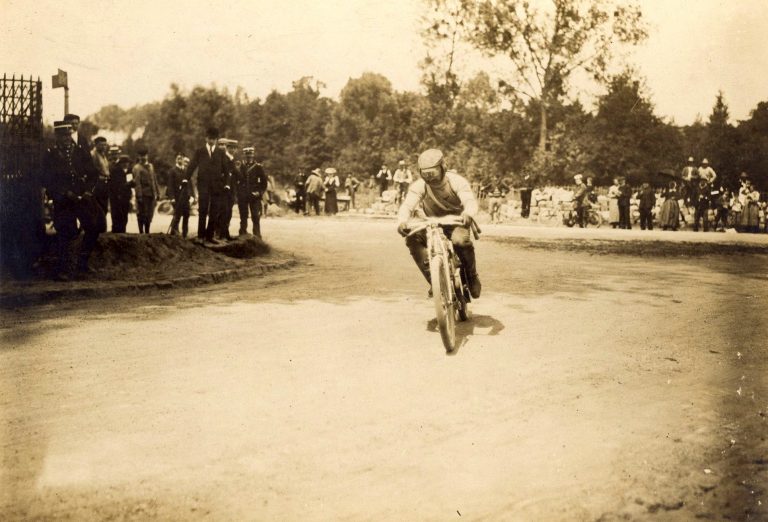