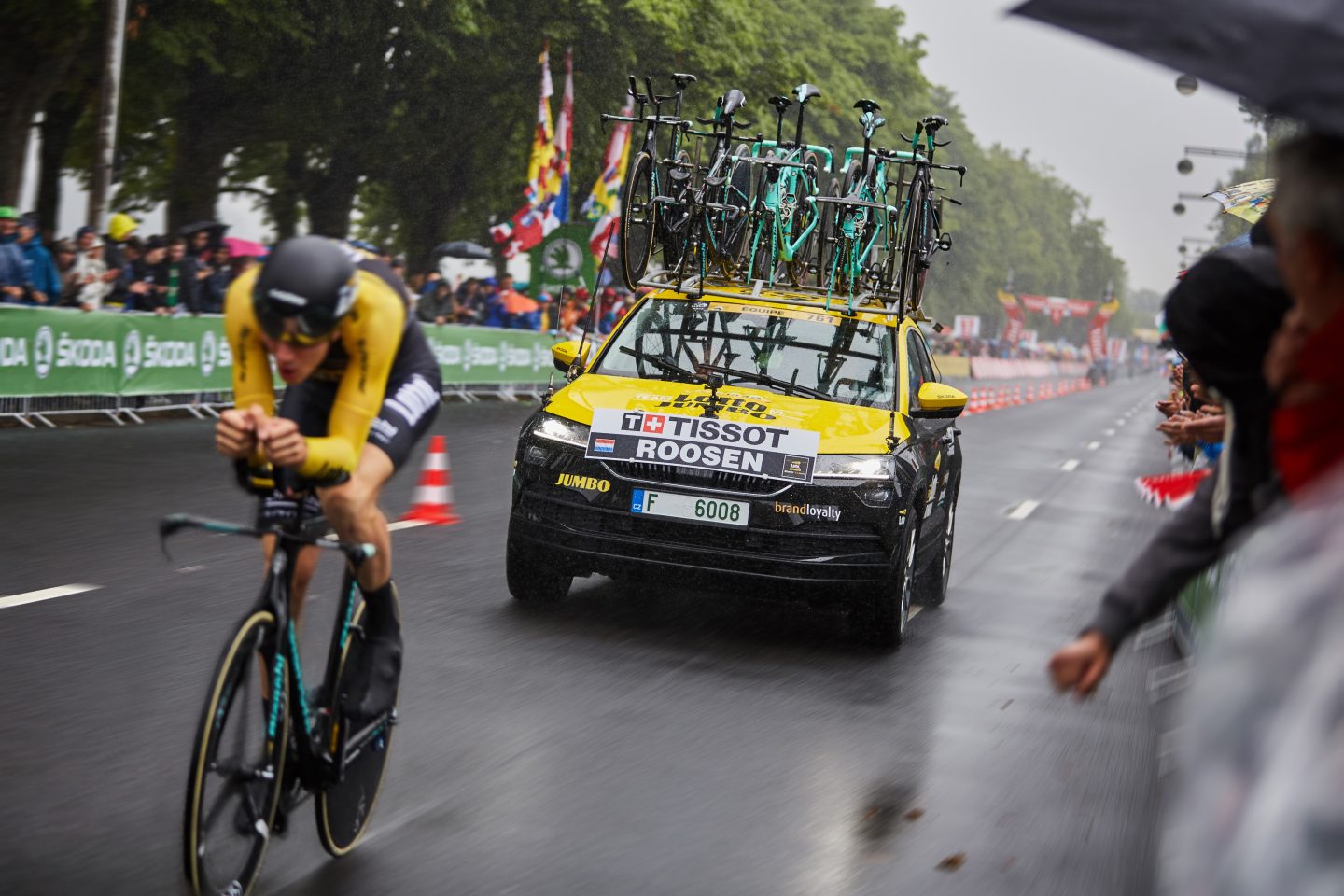 Mladá Boleslav/Düsseldorf, 3 July 2017 – Tens of thousands watched the Grand Départ of the Tour de France on Saturday. The ŠKODA KODIAQ as a service car accompanied three cycling teams: ‘Team Dimension Data’ from South Africa, ‘Team Lotto NL – Jumbo’ from the Netherlands and ‘Lotto Soudal’ from Belgium in the 14-kilometre time trial and for the first time made its public appearance. The first stage of this year´s Tour – the time trial – took the cyclists from Düsseldorf Messe along the Rhine to the famous Königsallee and back to the Messe. It was a premiere for Düsseldorf – after 30 years the Tour de France started again in Germany – and for the ŠKODA KAROQ, as it is making its first public appearance ahead of the market launch at the end of this year. 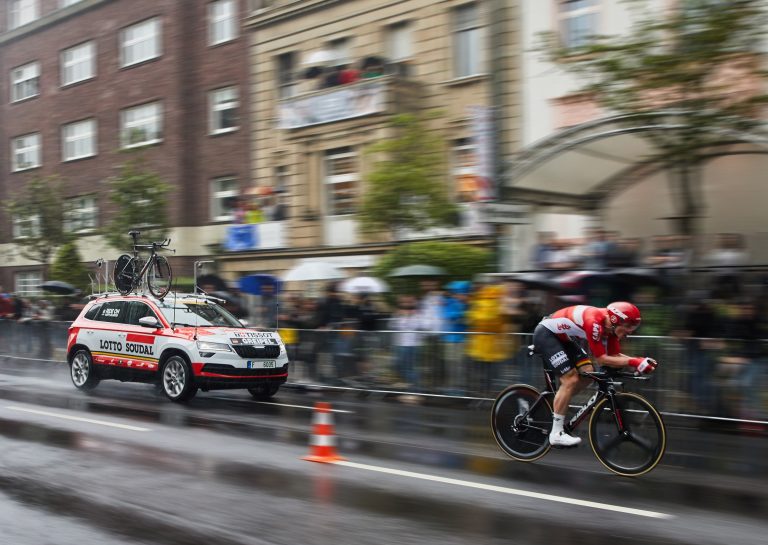 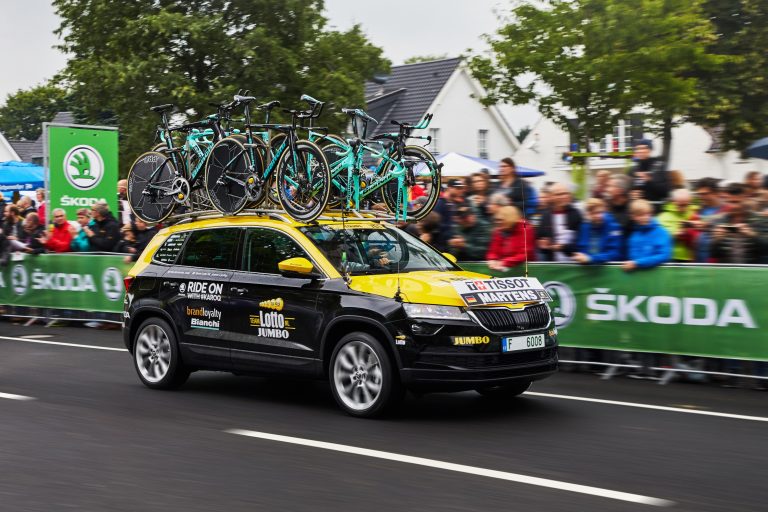