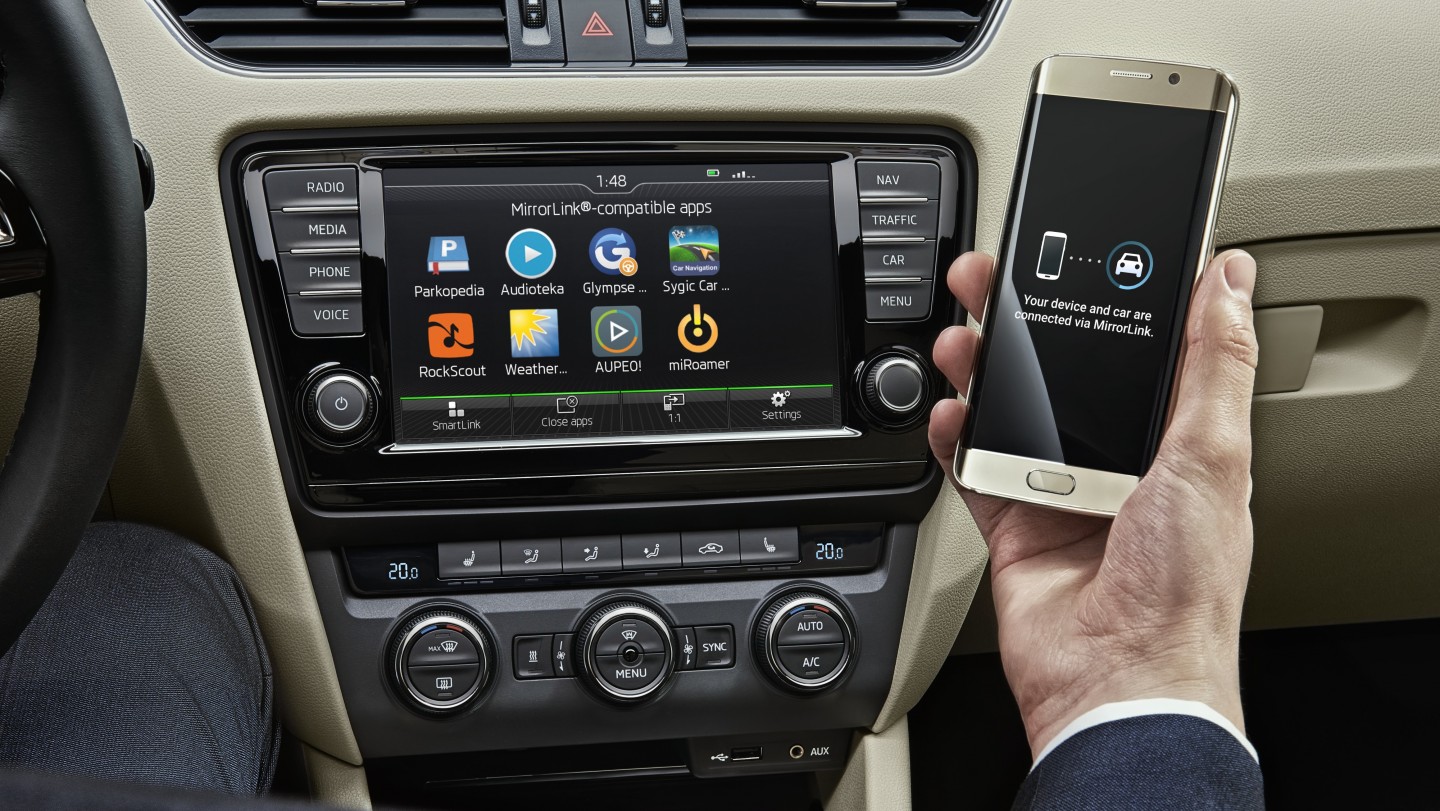 ​Mladá Boleslav/Barcelona, 22 February 2016 – ŠKODA enhances car-smartphone networking: the brand is presenting their new Wireless MirrorLink prototype technology, developed in partnership with RealVNC, at the Mobile World Congress (MWC) in Barcelona. The system transfers content wirelessly from the phone to the infotainment system. 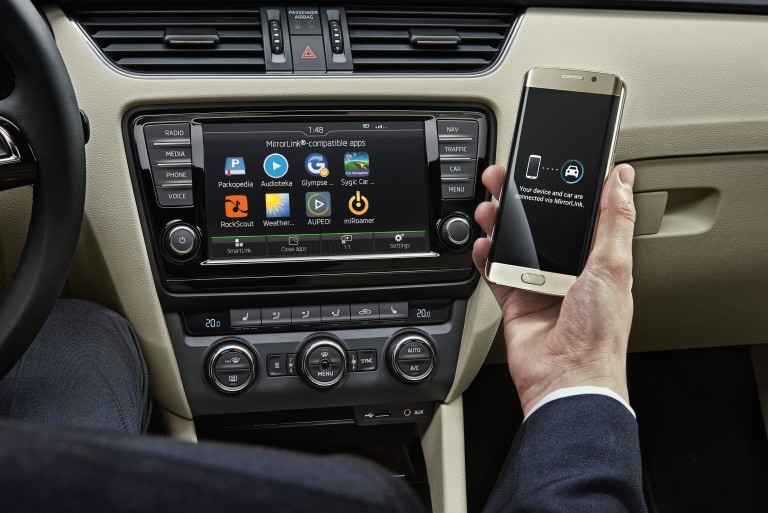 Nowadays, almost all ŠKODA models – from the Fabia to the Superb – feature the optional MirrorLink technology, which is widely supported on Android OS handsets, and is compatible with smart devices made by Samsung, LG, Sony, HTC and others. ŠKODA has integrated this technology into the SmartLink package, which also includes Android Auto and Apple Car Play. The connection between the smartphone and the ŠKODA infotainment system (from Bolero upwards) is currently via a cable.

ŠKODA is now introducing their new Wireless MirrorLink technology at the Mobile World Congress (MWC), which takes place in Barcelona from 22 to 25 February 2016. The wireless connection from the handset to the ŠKODA infotainment system has been developed by ŠKODA in cooperation with TechniSat and RealVNC. Wireless MirrorLink transfers data via Wi-Fi not a cable. The phone can either be left in a pocket or placed in the new ‘Phonebox’ dock with inductive charging that ŠKODA will soon be releasing.

MirrorLink can turn a smartphone into a cutting-edge media server, transferring stored music and a range of approved apps to the touch screen, including Internet services, such as web radio, weather, audiobooks, navigation and parking information. ŠKODA custom-designed MirrorLink apps, including ŠKODA MFA Pro and ŠKODA Drive are also available. The driver can access the apps via the touch screen, and the on-board audio system manages the sound output.

The prototype to the future Wireless MirrorLink technology will be presented at the MWC at RealVNC’s stand. Alongside TechniSat, RealVNC is a driving force behind MirrorLink and is a member of the Car Connectivity Consortium (CCC), which seeks to establish MirrorLink as a global standard. ŠKODA is also working closely with the CCC. 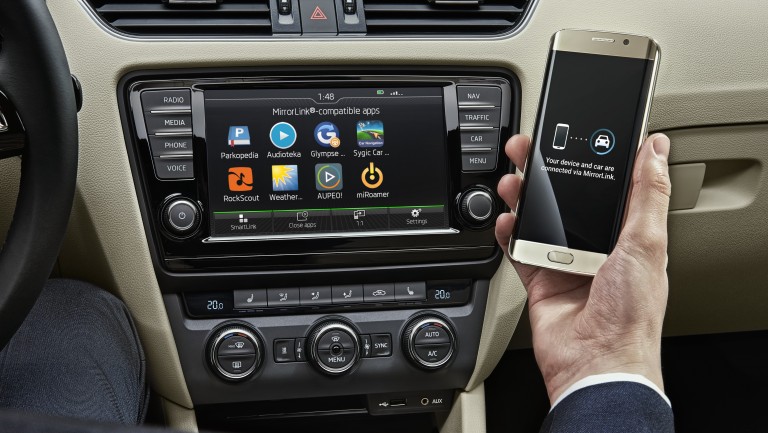