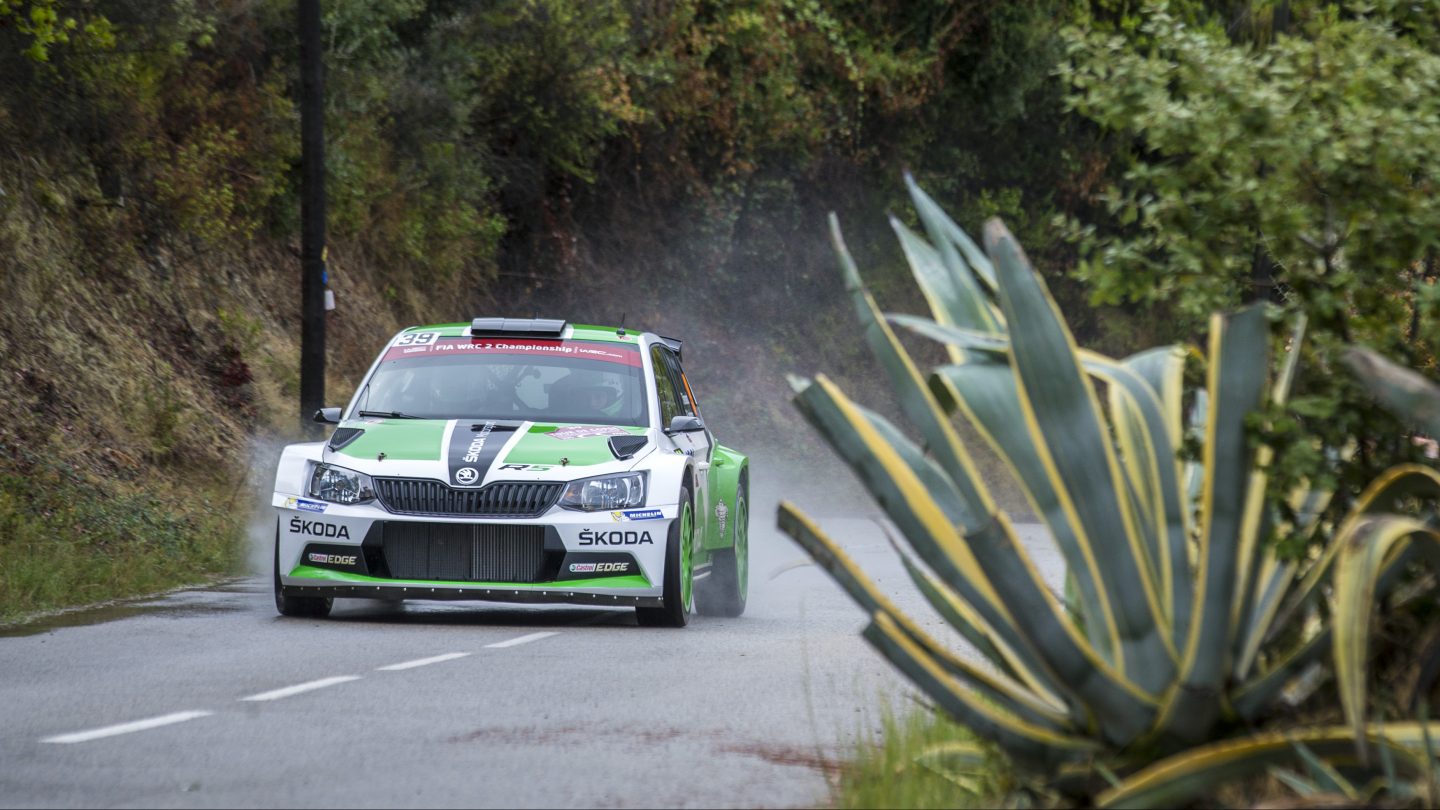 › Esapekka Lappi/Janne Ferm shine with a best time in the ŠKODA Fabia R5 on Saturday, move up a place and keep their hopes of winning alive
› Despite sunshine on the Mediterranean island, one of the special stages had to be cancelled
› Lappi: “We drove taking controlled risks”

Corte/France, 3 October 2015 – Esapekka Lappi and Janne Ferm (FIN/FIN) in the ŠKODA Fabia R5 head into the final day of the Rally Corsica in second place. The ŠKODA works duo shone in the two stages on Saturday with a best time in the sunshine, moved up a place in the WRC 2 classification and head into the final three special stages on Sunday with victory still possible. Just like at the start of the eleventh event of the FIA World Rally Championship (WRC 2) season, one of the three planned sections on day two had to be cancelled in the wake of a storm. 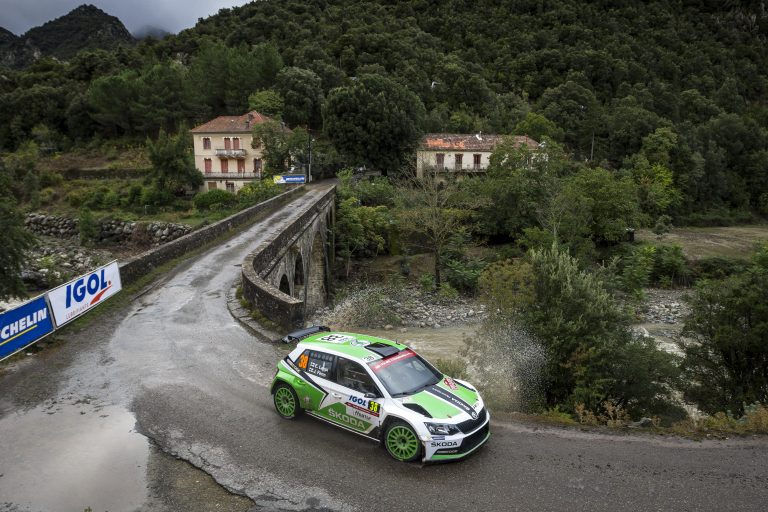 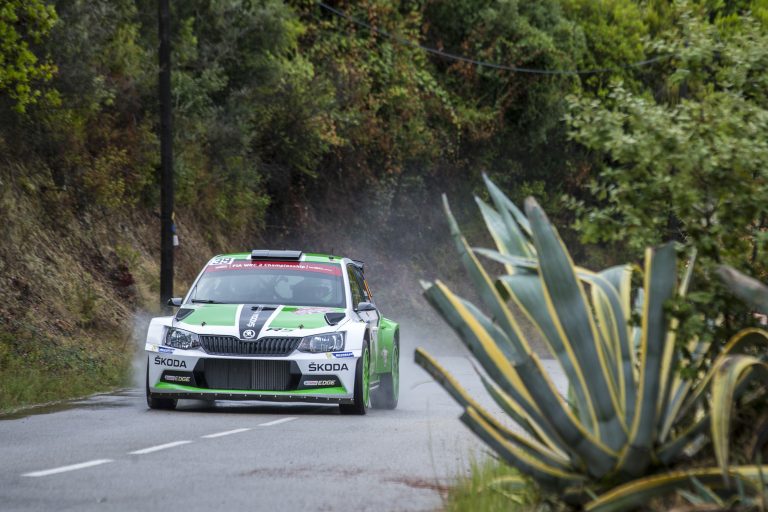 “We drove taking controlled risks again today. It is incredibly difficult to get used to the changing grip levels on the tracks. The aim now is to make it to the end of this challenging rally safely,” said Lappi. At least the sun was back in the sky on Saturday, after a storm on Friday resulted in road damage and landslides throughout the Mediterranean island. Despite the improved weather conditions, the “rally of 10,000 turns” was still a real challenge on day two due to alternating dry and wet sections on the rough asphalt.

However, Esapekka Lappi proved equal to all of these difficulties at the wheel of his ŠKODA Fabia R5. The 24-year-old got the best time on the morning’s 36.43-kilometre special stage, which saw him move up a place to take P2 in the WRC 2 classification. On the 48.46-kilometre special stage, the longest of the Rally Corsica, the fast Finn defended this position in the afternoon. The 2014 European Champion heads into the final day trailing Frenchman Julien Maurin by just 19.0 seconds.

The second ŠKODA works team of Pontus Tidemand/Emil Axelsson (S/S) also returned to the race on Saturday after the ŠKODA mechanics repaired the suspension damage late on Friday evening. The two Swedes were awarded a time penalty of ten minutes for not reaching the finish line on day one and are currently in twelfth place. “First and foremost, massive thanks to the magnificent ŠKODA crew, who fixed our rally car. We will use the remaining stages to try and make it into the top ten,” said Tidemand.

Three stages covering 94.91 kilometres are scheduled for Sunday. It will then be seen whether ŠKODA can continue its run of success in WRC 2. In all five of the WRC starts so far this year, at least one ŠKODA Fabia R5 has finished on the podium.

Number of the day for the Rally Corsica: 3

Former European Champion Armin Kremer (D) delivered another fantastic performance in a ŠKODA Fabia R5 from the customer racing area. The 46-year-old veteran and his co-driver Pirmin Winklhofer are in third place in the WRC 2 standings, directly behind ŠKODA works driver Esapekka Lappi, going into the final day. This means Kremer is in with a great chance of finishing on the podium. 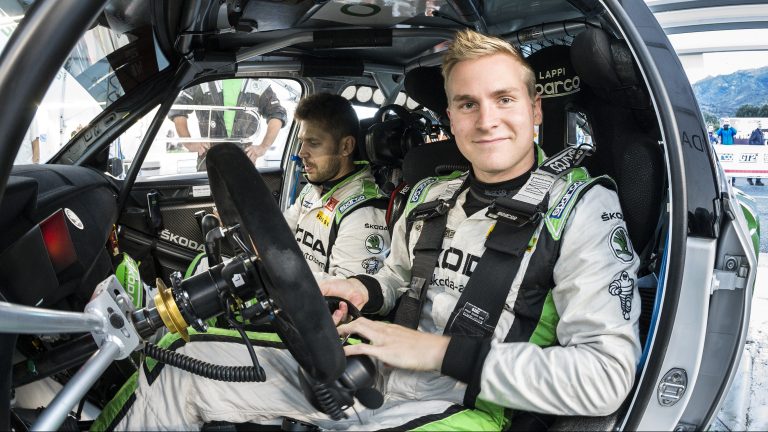 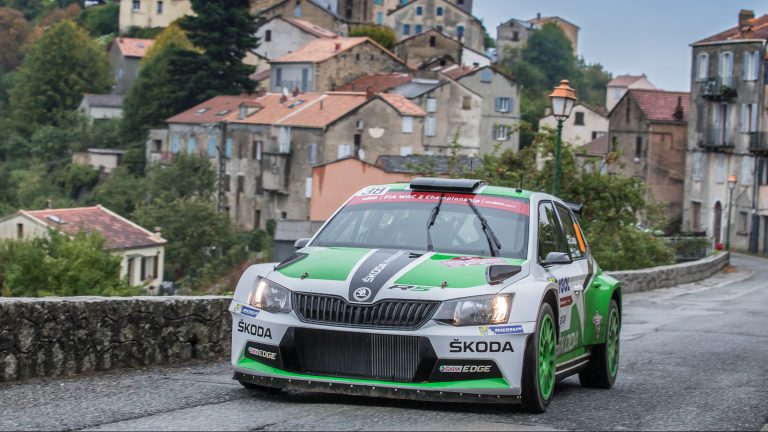 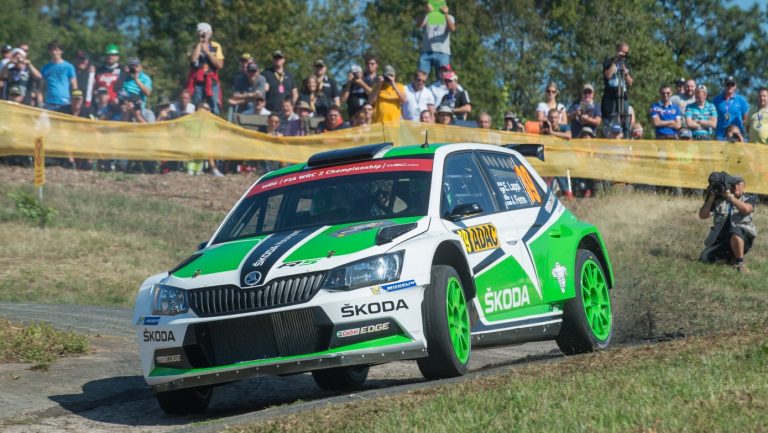 Rally Corsica: ŠKODA and the Fabia R5 out to continue winning run in WRC 2