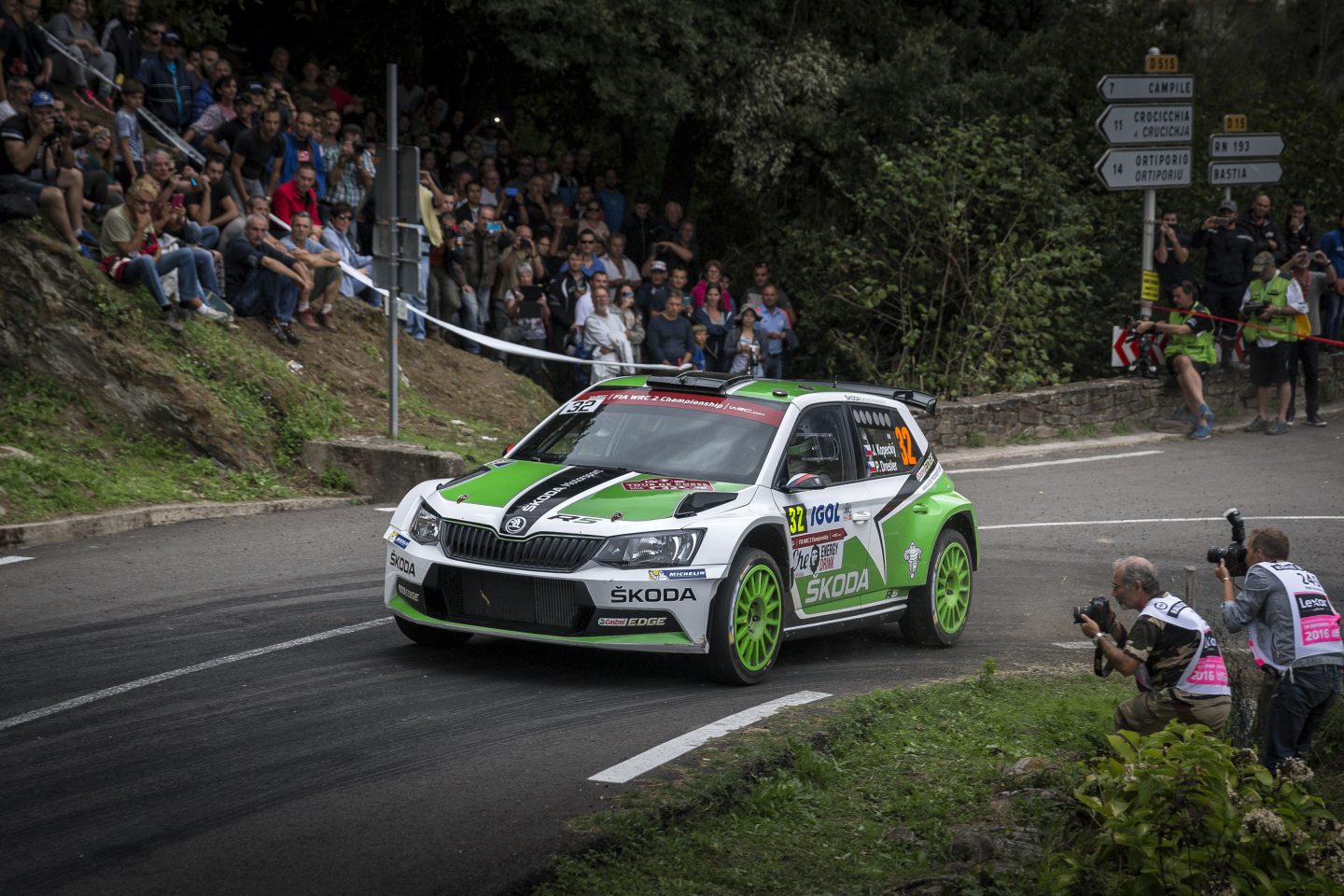 Mladá Boleslav, 10 October 2016 – Ten ŠKODA FABIA R5s on the starting list, three of which are still in with a chance of winning the championship – the Rally Spain heralds the crucial phase of the FIA World Championship (WRC 2) with a genuine showdown between the ŠKODA drivers. Representing the ŠKODA Motorsport works team are last year’s winner Pontus Tidemand (S) and his co-driver Jonas Andersson (S), and Czech champions Jan Kopecký/Pavel Dresler (CZ). From Thursday to Sunday they can expect an exciting battle with the man currently second in the championship, Teemu Suninen (FIN), at the wheel of a ŠKODA FABIA R5 run by a private team.

“We are at the business end of the season, and we have a high-class field,” said ŠKODA Motorsport Director Michal Hrabánek. “Anyone wanting to win here must be on the very top of their game.” He sees the Rally Spain as one of the highlights of the world championship season, as it is the only “hybrid rally”, with one day predominantly on gravel and two on asphalt. “The most experienced driver, who copes best with all the different surfaces, tends to win the Rally Spain. It goes without saying that the driver also needs a perfect car to cope with these specific challenges. The fact that the field in Spain includes so many ŠKODA FABIA R5s speaks volumes for our rally car,” said Hrabánek.

Although the first 3.20 of the 340 kilometres of special stage will take place on the asphalt roads of Barcelona on Thursday, the ŠKODA FABIA R5s will start with a gravel set-up. The reason: roughly 89 per cent of Friday’s special stages will be contested on gravel roads. The ŠKODA Motorsport team then faces a big challenge on Friday evening: the mechanics have just 75 minutes to ensure the high-tech cars are ready for a return to asphalt roads, as the majority of Saturday and Sunday’s special stages will be held on this surface.

Last year, the ŠKODA Motorsport drivers passed this test with flying colours: Pontus Tidemand and Jan Kopecký finished first and second – a success the two works drivers would love to repeat this year. “I obviously have fantastic memories of the Rally Spain. I definitely want to get back on the top step of the podium, although the opposition will be tough – particularly the ŠKODA’s of Jan Kopecký and Teemu Suninen,” said Tidemand. Recent victory at the Rally Uppsala in his native Sweden has given Tidemand a boost of confidence. On the same weekend, Kopecký finished runner-up at the Rally France. This represented the 20th podium for ŠKODA Motorsport with the FABIA R5 in the FIA World Rally Championship (WRC 2).

“I am looking forward to the Rally Spain. It will all come down to who adapts quickest to the different surfaces,” said Kopecký. “If I can manage that, I have a good chance of winning. After three runner-up finishes in a row in WRC 2, it is about time I won one.” Like team-mate Tidemand, he needs a win to keep his chances of winning the WRC 2 title alive. The man best placed in the title race is Teemu Suninen, who is currently second behind Elfyn Evans (120 points/seven races) with 93 points from five races. The third ŠKODA works driver Esapekka Lappi (82 points/five races) is also still in contention. He will not be in action in Spain, but could still pick up points in the remaining two races in Great Britain and Australia.

Seven of the last eight WRC 2 races have seen a ŠKODA FABIA R5 driver winning. Works driver Lappi won his home rally in Finland and triumphed again in Germany, while team-mate Pontus Tidemand (S) celebrated a win at the Rally Portugal. Victory in Mexico, on Sardinia and at the Rally Poland went to Suninen, while Nicolás Fuchs (PE) triumphed for ŠKODA at the Rally Argentina.

… the WRC 2 drivers can only score points in seven selected rallies? The best six results then make up the driver’s overall score. Britain’s Elfyn Evans currently leads the way with 120 points following his victory at the Rally France. However, Evans has already completed his seven races, in which he can score points towards the overall standings. This leaves the title race wide open. Spain represents the penultimate opportunity to pick up points for second-placed Teemu Suninen (93 points) in his ŠKODA FABIA R5. ŠKODA works driver Esapekka Lappi (82) is not racing in Spain, but also has a further two opportunities to add to his points tally, with a maximum 25 points up for grabs at each rally. The other two ŠKODA works drivers, Jan Kopecký (55 points) and Pontus Tidemand (49), also have a mathematical chance of winning the title. To achieve this, however, they would have to win each of the three remaining rallies in Spain, Great Britain and Australia.

… the ŠKODA mechanics must be on the very top of their game at the Rally Spain? An extra-long service on Friday evening gives them 75 minutes to switch the two ŠKODA FABIA R5s of Pontus Tidemand and Jan Kopecký from a gravel to an asphalt set-up. In the case of many rally cars, this time will be used to replace springs and shock absorbers, adjust the right height and fit a thinner underbody protection, among other things.

… the drivers’ visibility will be seriously hampered on the gravel roads on Friday? The dust whipped up by the cars often hangs in the air for several minutes, particularly in the valleys in the hilly Spanish landscape.

… the Rally Spain was held for the first time in 1957? It has formed part of the FIA World Rally Championship since 1991. It was first staged on the Costa Brava, before moving to Salou on the Costa Daurada.

… the service park is located in a theme park? The “PortAventura” park in the popular tourist town of Salou, near Tarragona, attracts thrill-seeking holidaymakers from around the world every summer. It also includes the Costa Caribe waterpark and four hotels.

… the rally features what is probably the most spectacular roundabout in the World Rally Championship? The rally drivers must drive all the way around a roundabout on the Duesaigües special stage. Failure to do this results in a 30-second penalty. This spectacular action obviously goes down well with the fans, thousands of whom flock to the stage, which, as it did last year, will again form the closing Power Stage in 2016. 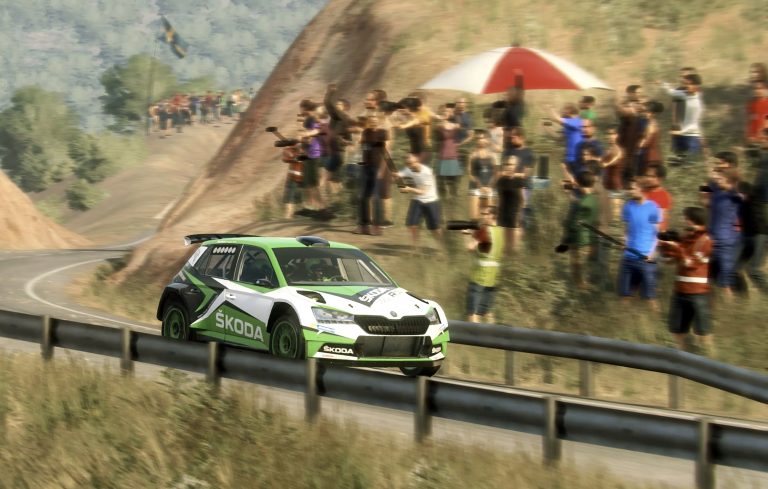 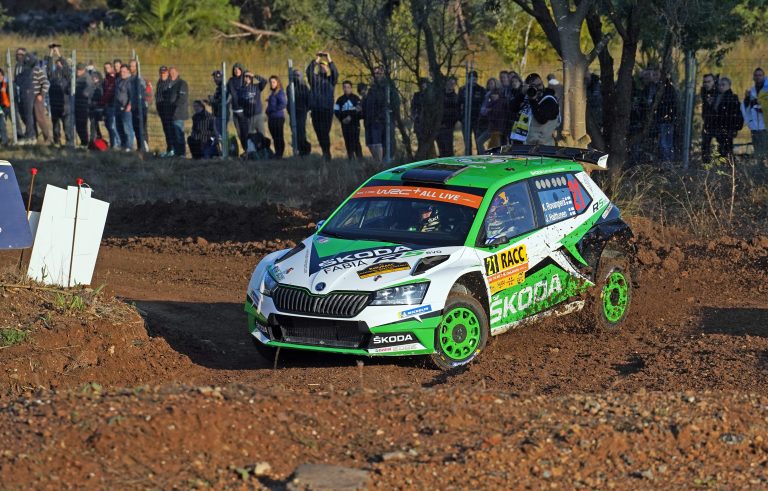 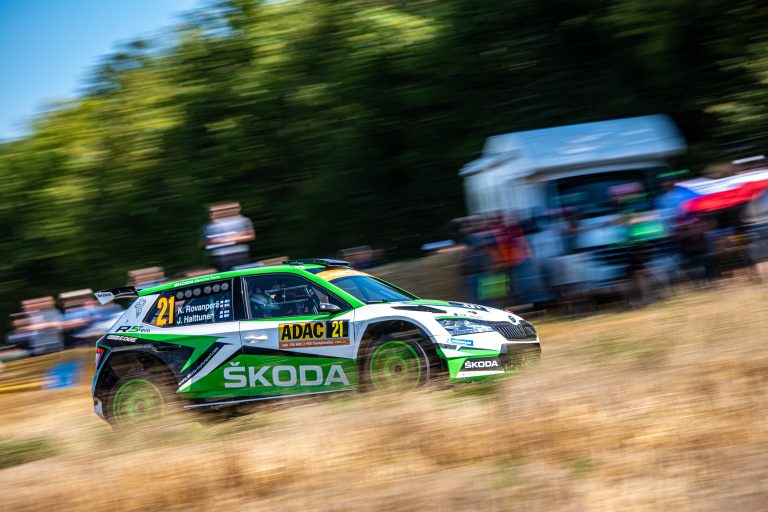