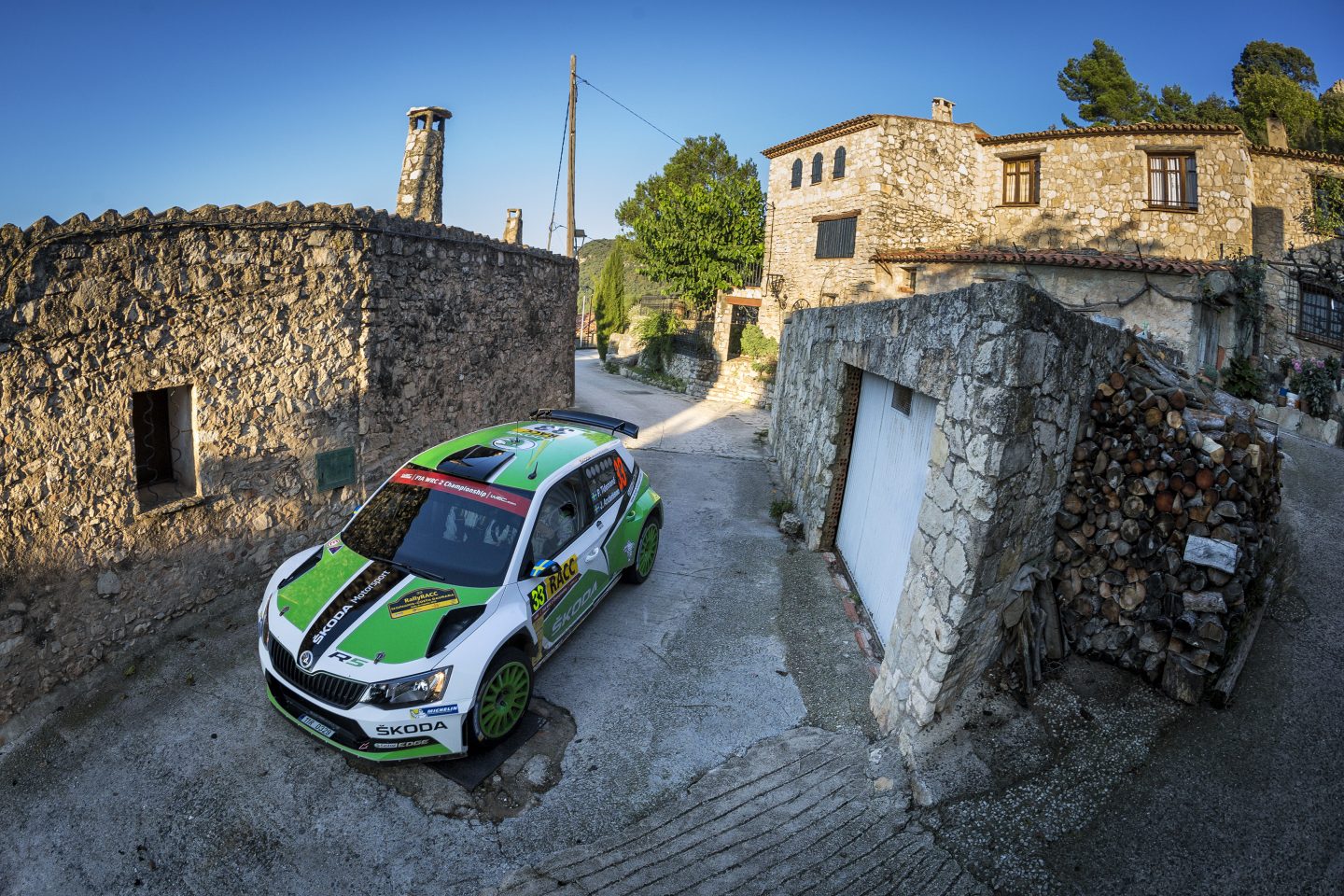 › ŠKODA works drivers Esapekka Lappi and Jan Kopecký, as well as Teemu Suninen, still in with a shout of winning the FIA World Rally Championship (WRC 2)
› All three works duos - Esapekka Lappi/Janne Ferm, Jan Kopecký/Pavel Dresler and Pontus Tidemand/Jonas Andersson - line up in the WRC 2 class at the penultimate rally of the season
› Michal Hrabánek: “The key now is to keep a cool head”

Mladá Boleslav, 24 October 2016 – Three ŠKODA drivers will be fighting to keep their title hopes alive in the FIA World Rally Championship (WRC 2) at the Rally Great Britain. For works drivers Esapekka Lappi (FIN) and Jan Kopecký (CZ), as well as Teemu Suninen (FIN) in a ŠKODA FABIA R5 run by a private team, the penultimate round of the season from Friday to Saturday will go a long way to deciding who ends the year as champion. ŠKODA Motorsport is represented by three duos on the notorious Welsh gravel routes: Esapekka Lappi/Janne Ferm (FIN/FIN), Jan Kopecký/Pavel Dresler (CZ/CZ) and Pontus Tidemand/Jonas Andersson (S/S).

“The key now is to keep a cool head. This crucial stage of the season is all about driving to the best of one’s ability, and also who has the strongest nerves,” says ŠKODA Motorsport Director Michal Hrabánek. “This is all the more important because the Rally Great Britain is unpredictable, due to its unsettled weather. However, we go into the race full of confidence with our three teams, on the back of our one-two at the Rally Spain,” Hrabánek continues.

The Rally Great Britain is regarded as one of the biggest challenges on the WRC calendar. Meteorologists agree that the weather in Wales is particularly unsettled. As well as unforeseeable weather, the crews are also faced with unpredictable surfaces. Parts of the gravel rally soon transform into a mud and sludge rally. For a total 332.87 kilometres against the clock, spread over 22 special stages, the drivers struggle with extremely low grip levels and the constant risk of crashing and ruining any hopes of success.

Despite this, Esapekka Lappi, who sat the last two rallies out, is looking forward to the Rally Great Britain: “I love these pressure situations and travel to Wales full of confidence. After all, we won our last two rallies in a row in Finland and Germany.” Jan Kopecký is also riding the crest of a wave after his victory at the Rally Spain: “I showed there that I can also perform on gravel. I’m out to underline that in Wales,” Kopecký continues.

The position is clear: ahead of the final two races in Great Britain and Australia, three ŠKODA drivers are still in contention in WRC 2. Teemu Suninen remains in second place with 105 points. He is followed by the two works drivers Esapekka Lappi (82) and Jan Kopecký (80). However, the two ŠKODA Motorsport drivers have competed in just five races this season, meaning they both have another two chances to pick up the 25 points on offer for a win. Suninen, on the other hand, can only pick up points at the Rally Great Britain. WRC 2 leader Elfyn Evans (GB/120 points) has already contested his full quota of seven races, at which he can score points towards the overall standings.

The chances of another ŠKODA triumph in Great Britain are looking good. After all, eight of the last nine WRC 2 races have been won by a driver at the wheel of the Czech carmaker’s high-tech four-wheel drive car. Works driver Jan Kopecký won the Rally Spain last time out. Team-mate Esapekka Lappi was victorious at his home rally in Finland and in Germany. Teemu Suninen (FIN) came out on top in Mexico, Sardinia and Poland, while Nicolás Fuchs (PE) won the Rally Argentina for ŠKODA. Works driver Tidemand claimed victory at the Rally Portugal. The Swede may no longer be in with a shout of winning the title, but is out to show his potential in Great Britain: “I obviously want to make it onto the top step of the podium with ŠKODA!”