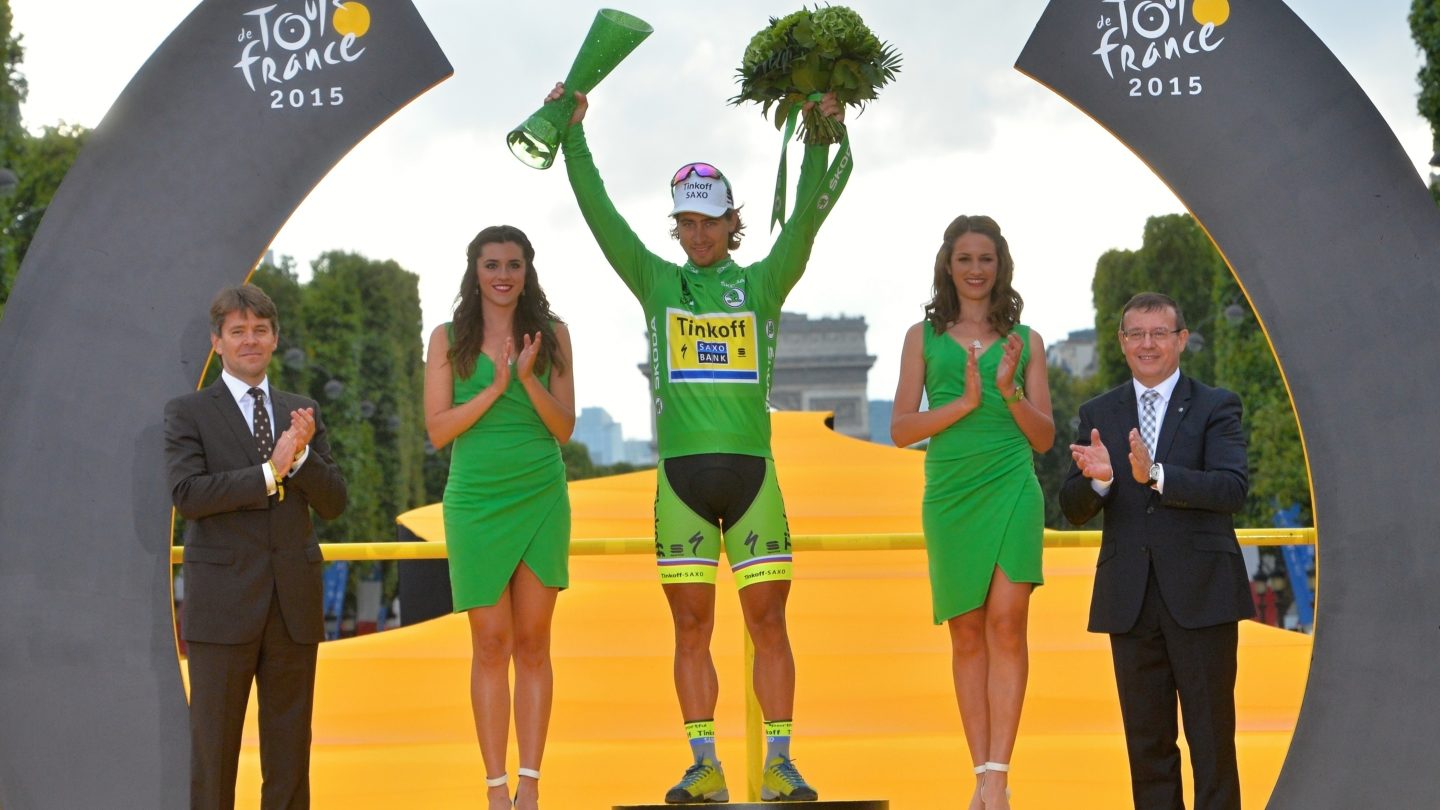 Mladá Boleslav, 27 July 2015 – Great rejoicing on the Parisian Champs-Elysées: Christopher Froome wins the Tour de France 2015. The Brit celebrated his triumphant finish at the heart of the French capital with hundreds of thousands of fans. At the podium ceremony, Froome and other jersey winners raised their Czech-crystal victory trophies designed by ŠKODA high in the Parisian sky. This year marks the twelfth time that ŠKODA AUTO has sponsored the event as an official partner and the official vehicle partner of the Tour de France. 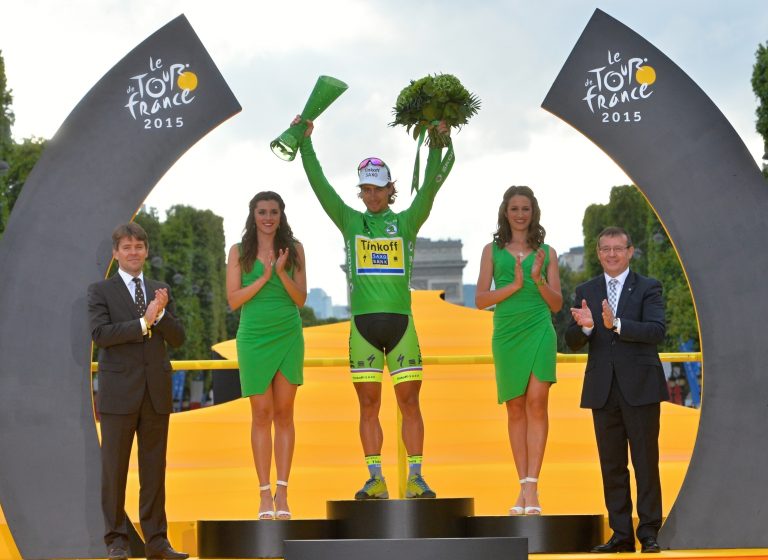 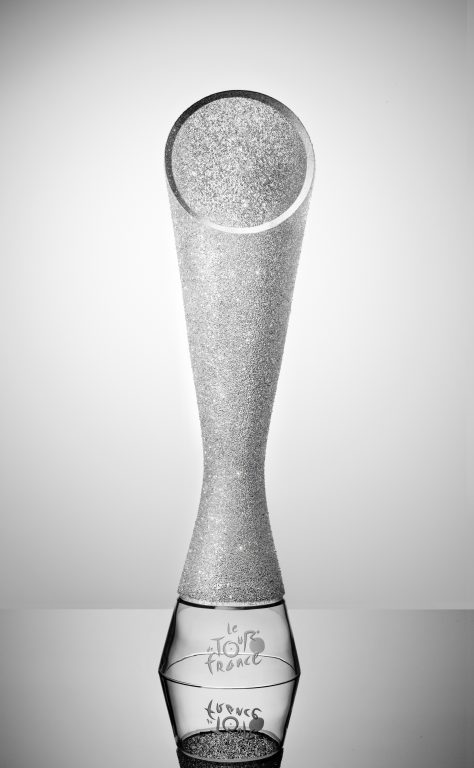 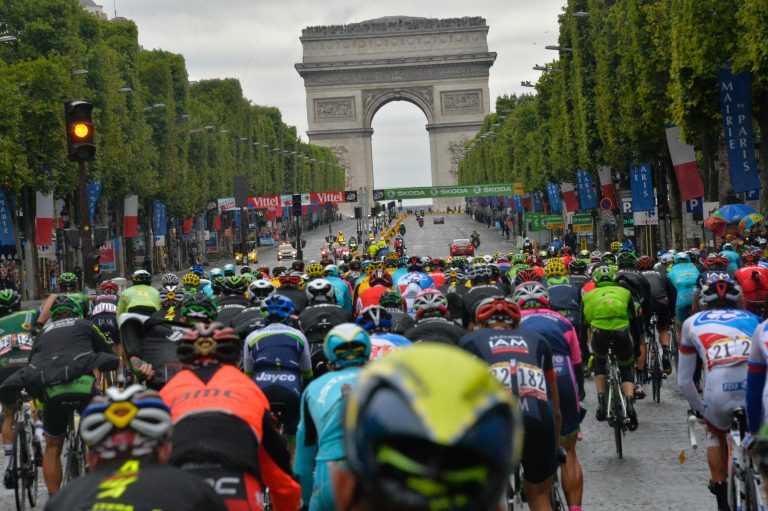 ŠKODA Human Resources Director Bohdan Wojnar congratulated the overall winner Christopher Froome, and presented the winner of the Green Jersey, Peter Sagan, with the specially designed green-crystal trophy on the splendid Paris Boulevard. This was the first year the Czech car manufacturer had sponsored the Green Jersey, awarded to the best sprinter in the Tour de France. Nairo Quintana won the White Jersey for best young rider. The trophy for best climber went to the Tour winner Froome wearing the Polka-dot Jersey. All four athletes were presented with trophies made of Czech crystal, designed by ŠKODA and produced in the Czech glassworks of Preciosa.

ŠKODA has been an official partner and the official vehicle partner of the legendary Tour since 2004. For Werner Eichhorn, ŠKODA Board Member for Sales and Marketing, ŠKODA’s sponsorship was once again a huge success: “Every year, the Tour de France is a major sporting attraction where emotions ride high. For ŠKODA, supporting this fantastic event, exactly 120 years after our company was founded, was an absolute honour.”

One particularly noteworthy aspect of ŠKODA’s sponsorship this year was the premiere of the new ŠKODA Superb as the ‘Red Car’ leading the riders ahead of the race. The red ŠKODA Superb served as a kind of ‘mobile control centre’ for Tour director Christian Prudhomme. For this purpose, the vehicle was fitted with special equipment and a huge panoramic glass roof that can be opened at the touch of a button.

ŠKODA was an ever-present name at the event, the company once again providing a strong fleet of around 250 vehicles including ŠKODA Octavia estates and ŠKODA Superbs. The ŠKODA fleet has been at the heart of ŠKODA’s sponsorship for many years. During the three-week event, the vehicles cover around 2.8 million kilometres every year. Since 2004, the ŠKODA fleet has clocked up around 30 million kilometres. This is where ŠKODA shines with the highest reliability: not once have any of these vehicles broken down.

Cycling is a cornerstone in ŠKODA’s sponsorship strategy. In addition to the Tour de France and the Tour of Spain (‘Vuelta’), the car manufacturer supports other international cycling races and numerous international and national grassroots cycling events. Sponsoring cycling events shows the special relationship the brand has with the bicycle. It was with the construction of bicycles that ŠKODA’s founding fathers Václav Laurin and Václav Klement began the company’s success story 120 years ago.

Jubilee for the Grand Boulevard: For 40 years, the Tour finale has been held on the Champs Elysées