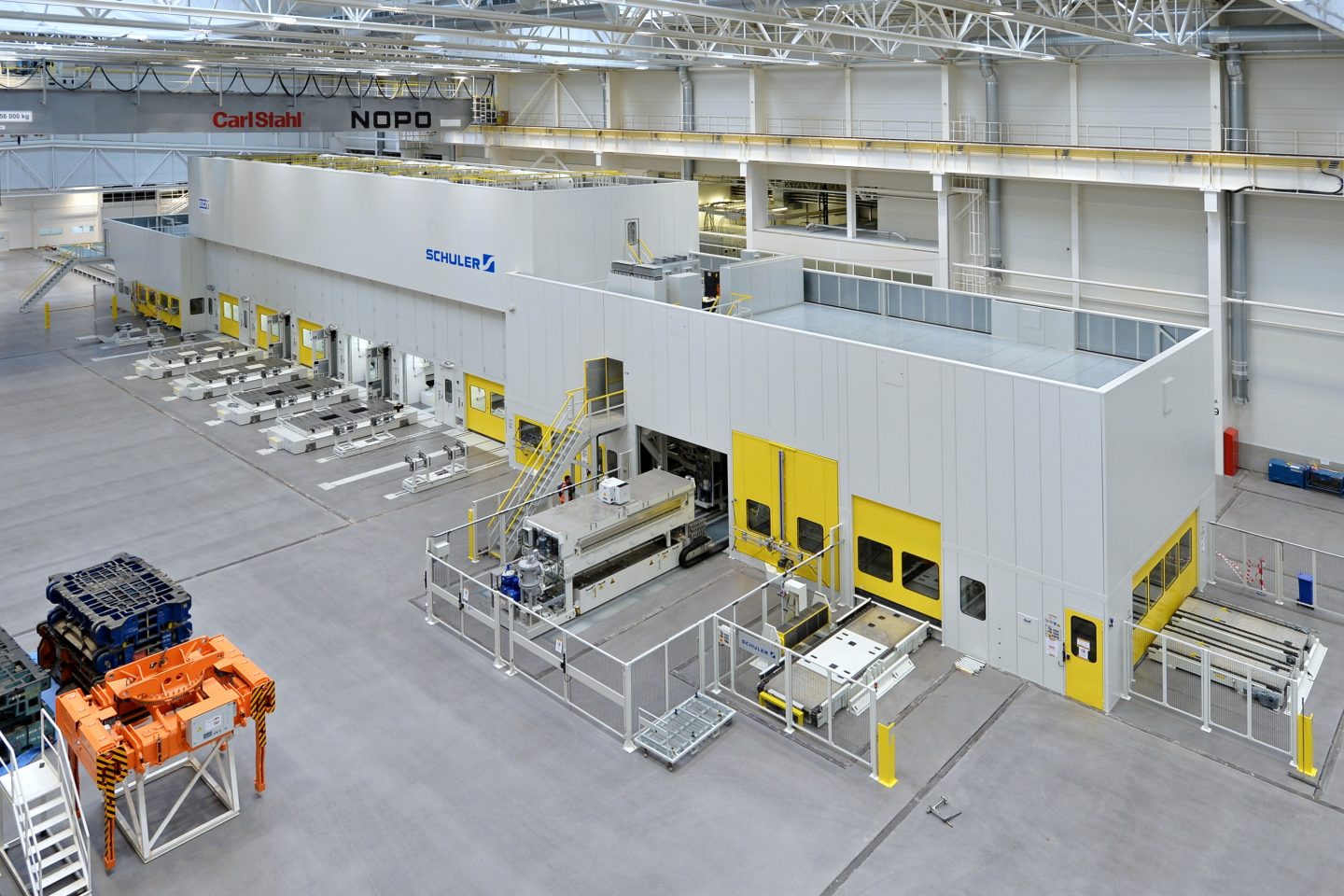 Mladá Boleslav, 14 December 2016 – ŠKODA is further expanding their production capacities. The traditional Czech brand is building a state-of-the-art and particularly energy-efficient press shop at their main plant in Mladá Boleslav. The launch of the new turbo press line PXL II came in 2015 with the construction of the 11,600 m2 hall. The installation of the press line for the main production line is currently in full swing. The trial operation of the new PXL II press line will commence in one week.

“The new press shop is another important element of our ‘Green Future’ environmental strategy, which focuses on resource-efficient and sustainable production and energy-efficient vehicles,” says Michael Oeljeklaus, ŠKODA Board Member for Production and Logistics. “The system is one of the most modern of its kind in Central Europe. In addition to its exemplary energy efficiency, it also enables a particularly flexible production process and significantly shorter changeover times thanks to decentralized servomotors.” The time required for changeovers has been reduced to only three minutes.

Innovative servo technology is used for the new PXL II press line. The energy required to produce the pressed parts is generated directly by the 14 servomotors on the press line. In contrast, the conventional mechanical press drive utilizes the energy accumulated in a flywheel. Unlike this system, the conversion energy can be flexibly adjusted and regulated as required with the new system. A further advantage is that the energy released during pressing can be partially recovered. Compared to conventional systems, the new press line consumes up to 15% less energy in continuous operation and is also characterized by its ease of use. It is one of around 20 facilities of its kind in the Volkswagen Group, and also enables the pressing of large aluminium parts for the first time. The PXL line uses state-of-the-art technologies to control the transport of pressed parts between the individual process steps. This increases the total capacity to 80,000 parts in the XL category.

The optimization phase with limited production commences on 20 December, 2016. In February, 2017, ŠKODA’s first press line for aluminium body parts will be in full operation – where up to 23,000 press parts will be produced for several models every day. In this project, ŠKODA has invested a total of EUR 86.4 million and created 140 new jobs. ŠKODA will be operating the new press shop in twelve-hour shifts around the clock, seven days a week, with more than 1,000 employees. The try-out press was completed before the putting the main production line into operation. The try-out press is being used to prepare the tools for the new press line. 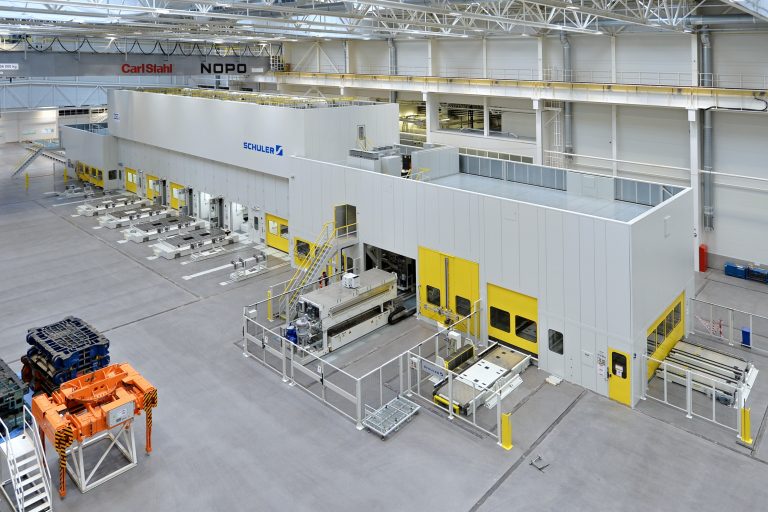 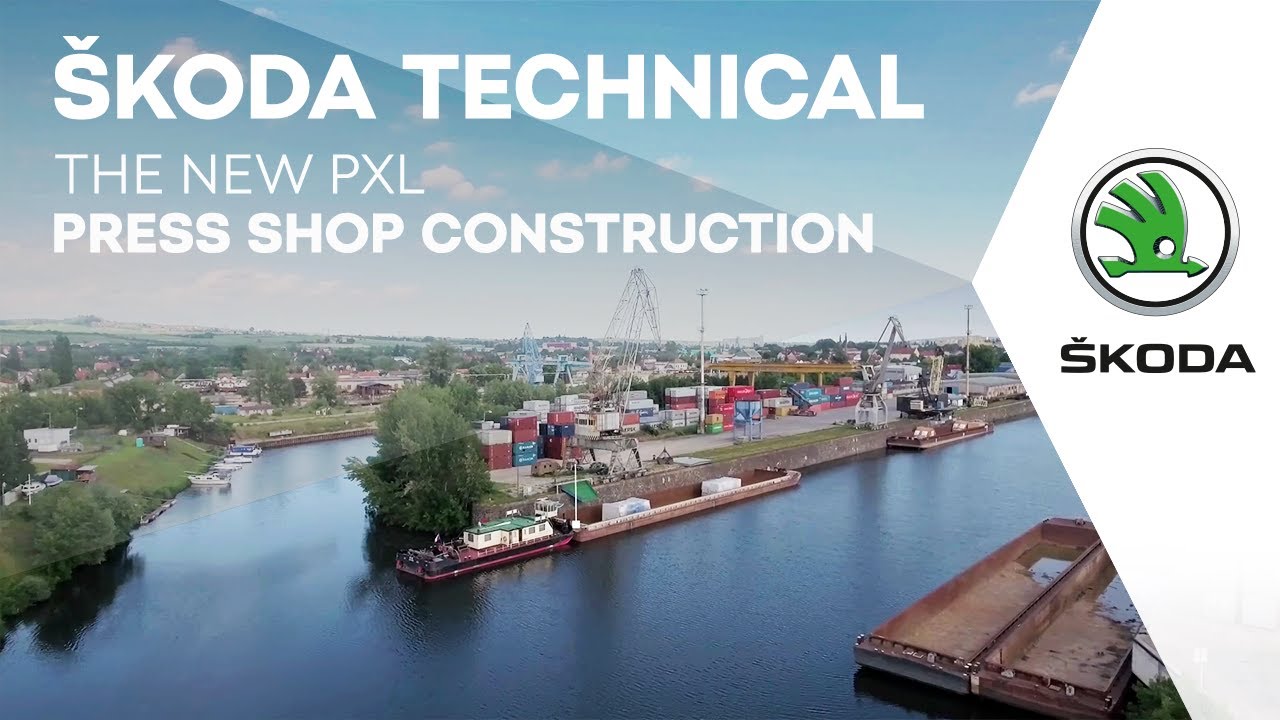