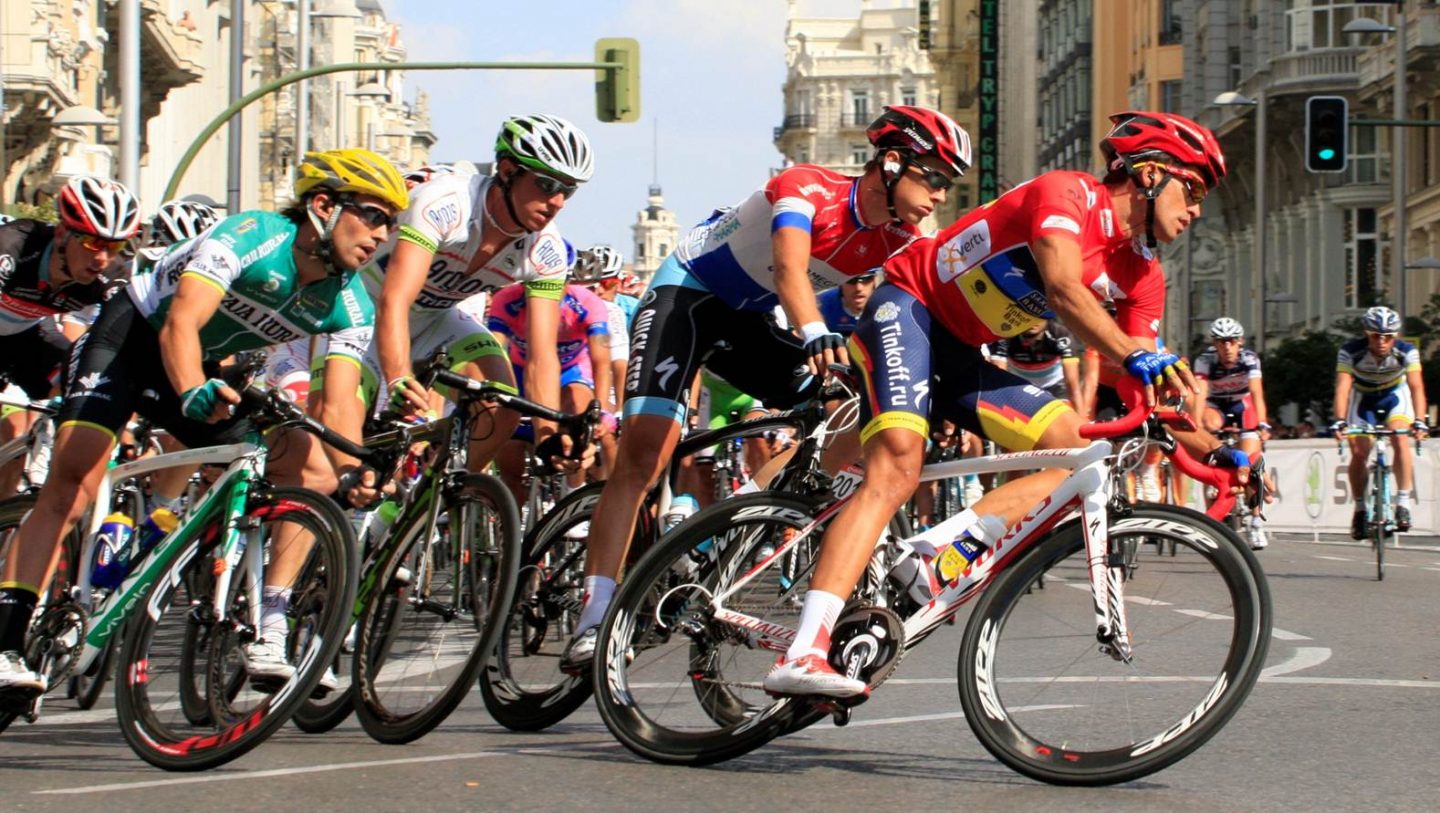 › ŠKODA has been the official sponsor of La Vuelta since 2011
› New: ŠKODA is sponsoring the Green Jersey in the Spanish cycling tour for the first time
› The new ŠKODA Superb is the official ‘Red Car’; 70 ŠKODA vehicles used
› Communication: ‘WeLoveCycling.com’ and ‘facebook.com/skoda-cycling’
› Tradition: ŠKODA’s history started 120 years ago with the building of bicycles

Mladá Boleslav, 22 August 2015 – A few weeks after the Tour de France, ŠKODA is supporting the next big cycling event. This year is the fifth time that the Czech car manufacturer has been the official sponsor of the Spanish cycling tour (La Vuelta). 70 ŠKODA vehicles will be used, including the new Superb’s debut as the ‘Red Car’ leading the way. Another premiere: ŠKODA is sponsoring the Green Jersey for the Vuelta’s best sprinter for the first time. The Spanish cycling tour takes place from 22 August to 13 September.

The Vuelta a España is the third-largest tour of the year in European sport. After the Tour de France and the Giro d’Italia, the Spanish tour is the most important race in the world. The 21 stages of the 70th Vuelta begin on 22 August with a team time trial in Marbella and end on 13 September in the Spanish capital Madrid.

“The Vuelta attracts millions of people worldwide every year just like the Tour de France,” said Werner Eichhorn, Board Member for Sales and Marketing. “This year we are delighted to be sponsoring the Green Jersey at the very front of the race. Another highlight is, of course, the new Superb’s role as ‘Red Car’,” said Eichhorn. At the beginning of the year, ŠKODA extended its sponsorship of La Vuelta and the Tour de France up to 2018. The agreement also covers other international cycling events.

Once again, ŠKODA is providing a strong vehicle fleet for this cycling competition in Spain. Over the next three weeks, 70 vehicles from Mladá Boleslav – primarily ŠKODA Octavia Combis and ŠKODA Superbs – will be used as escort vehicles around the clock.

Since the start of ŠKODA’s sponsorship in 2011, all organisers and participants of the Spanish tour have been able to count on ŠKODA’s reliable fleet. The vehicles cover approximately half a million kilometres during the ‘Vuelta’. The cars have been used for around 2.5 million kilometres – and all this without as much as one mechanical failure.
Over the coming weeks, the ‘Red Car’ will, in particular, be a real eye-catcher as it leads the field – the new ŠKODA Superb, the brand’s new flagship will impress with an emotive design, the best space offering within its segment and excellent technology. During the tour, the red ŠKODA Superb acts as a kind of ‘mobile control centre’ for the event organisers of the Vuelta. The new Superb has been sprayed Corrida Red for this special task and is fitted with a huge panoramic glass roof that can be opened from the rear with the press of a button. In addition, the Superb is extensively fitted out with technical equipment.

ŠKODA Spain is increasing the company’s sponsorship with a vast publicity campaign. ŠKODA’s website ‘WeLoveCycling.com’ offers live reports, videos and a variety of information relating to the wide world of cycling. ŠKODA is also very active on social media at facebook.com/skoda-cycling.

Cycling is a cornerstone of ŠKODA’s sponsorship strategy. In addition to the Tour de France and the Vuelta Spanish cycling tour, the car manufacturer supports other international cycling events as well as numerous national and international events in cycling at a grassroots level. Furthermore, bicycles and their relevant accessories are amongst ŠKODA’s extended product range.

Cycling sponsorship highlights the special relationship between the brand and the bicycle. 120 years ago, ŠKODA’s founding fathers Václav Laurin and Václav Klement began the company from Mladá Boleslav’s successful history with the construction of bicycles.