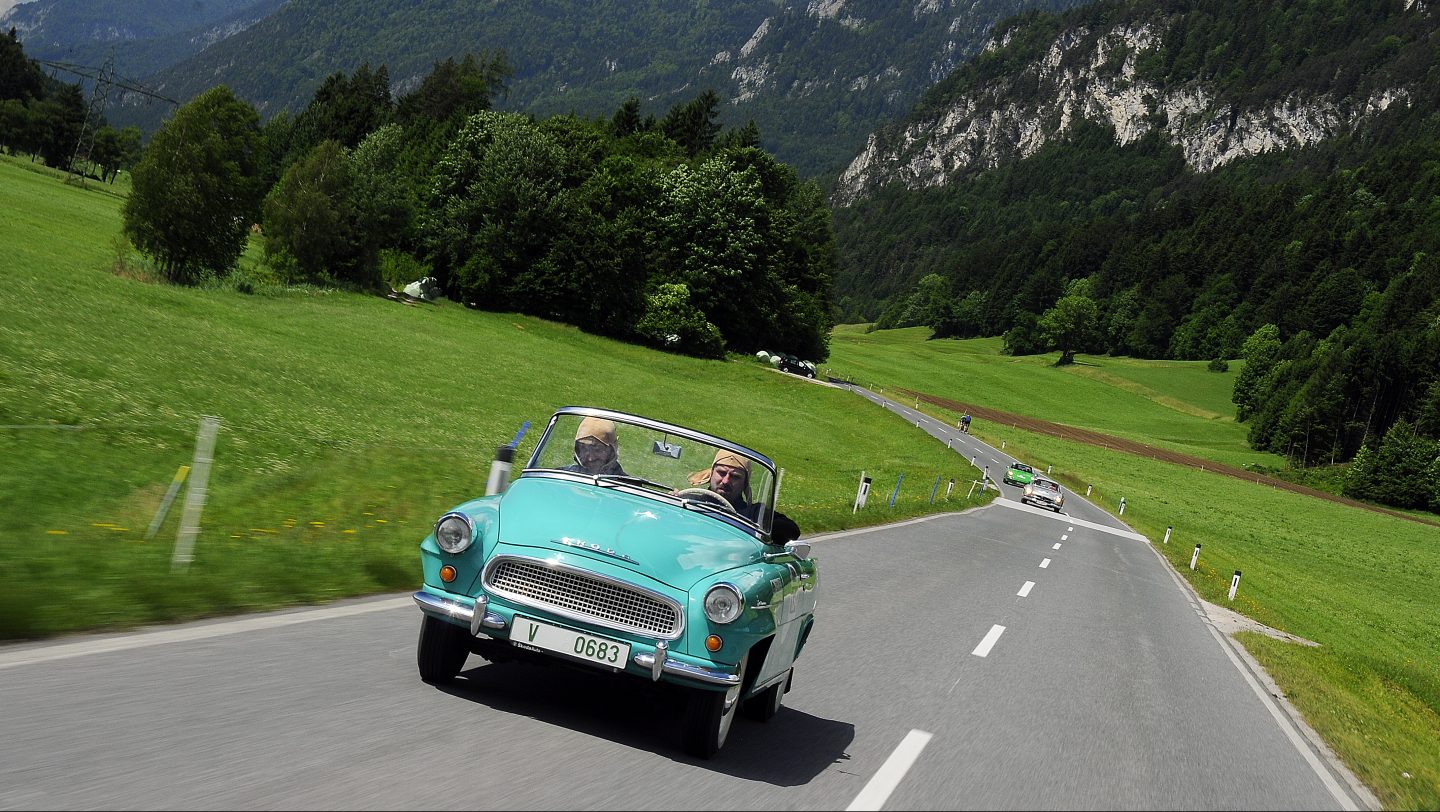 › ŠKODA Felicia and ŠKODA 1000 MB are attending the 28th Kitzbuehel Rally
› 188 teams drive the grand journey along the most beautiful alpine roads
› This year, ŠKODA AUTO celebrates its 120-year anniversary

Mladá Boleslav, 27 May 2015 – Breath-taking mountain roads, fascinating classics and high celebrity presence make up the 28th Kitzbuehel Alpine Rally (27-30 May 2015). ŠKODA will be present at the popular classic tour for the fifth time and sends a ŠKODA Felicia and a ŠKODA 1000 MB to take part in the rally. A total of 188 participants will begin the legendary alpine rally in the last weekend in May. 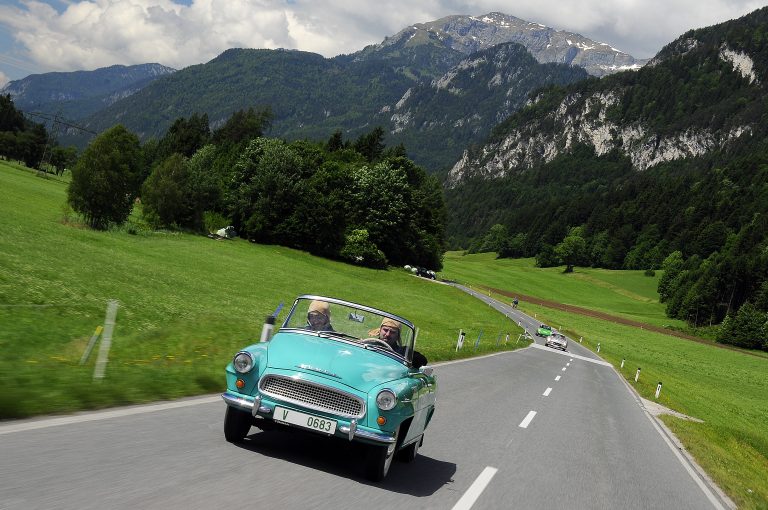 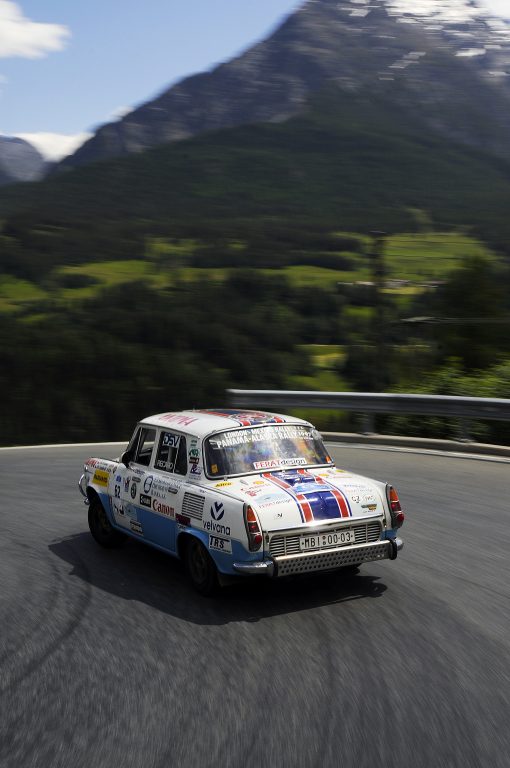 “Each year, the Kitzbuehel Alpine Rally is a highlight of the season. The routes are beautiful yet challenging at the same time. This is the perfect combination for both the Felicia and the 1000 MB,” said Michal Velebný, Restoration Workshop Coordinator at the ŠKODA Museum.

A more emotive representation of the 1960s is the turquoise-green convertible ŠKODA Felicia from 1961. The car already took part in the alpine rally last year and came third place overall. As one of the best-looking convertibles of its time, the 2+2-seater exudes a pure zest for life and is a much sought-after collector’s car. The elegant body shape, distinctive tail fins, elongated tail section and the harmonious proportions make the ŠKODA Felicia a real eye-catcher. From 1959 to 1964, a total of around 15,000 Felicia models rolled off the production line. It has a four-cylinder petrol engine with 50 PS and a capacity of 1,089 ccm. At only 930 kg, the Felicia reaches a top speed of 130 km/h.

The Kitzbuehel Alpine Rally is one of the most beautiful classic car events in Europe. The combination of the gorgeous alpine landscape, fascinating mountain roads, the atmosphere at Kitzbuehel and the numerous famous participants from motor racing, showbiz, business and sports makes this a special event. This year, vehicles built from 1972 onwards are taking part for the first time. The 188 participants can expect an almost 600-km-long journey along the mountain roads in Tyrol, Salzburg and Bavaria, between the Kitzbuehel Alps, Wilder Kaiser, Hochkoenig, Hohe Tauern and Watzmann. The highlights include the breath-taking Hochkoenig route at Bischofshofen and the Rossfeld mountain stage at Bayrischzell. The Alpine Rally starts on Thursday (28 May) with the traditional prologue “Hohe Salve”. On Saturday afternoon, the cars will drive back past thousands of spectators in Kitzbuehel town centre as they make their way past the finish line.

This year, ŠKODA AUTO celebrates its 120-year anniversary, making the company one of the oldest car manufacturers in the world. The brand’s heritage dates back to 1895. At the time, bicycle mechanic Václav Laurin and bookseller Václav Klement founded a factory to manufacture bicycles in the Bohemian town of Mladá Boleslav. They began manufacturing cars in 1905 with the ‘Voiturette A’. What Laurin and Klement began in 1895 has now developed into a successful international volume manufacturer with seven model series and over 40 model variants. Over 17 million ŠKODA cars have been produced since 1905 which represents the strength of the brand.

ŠKODA at the Kitzbuehel Alpine Rally 2015

ŠKODA at the Kitzbuehel Alpine Rally 2015 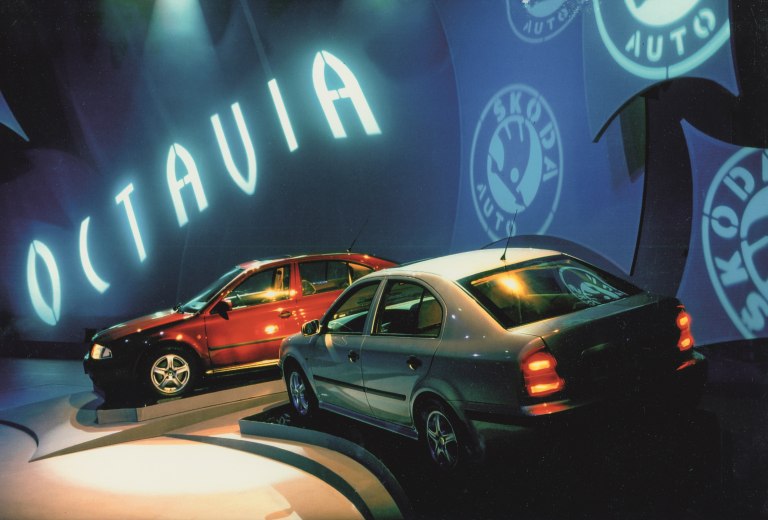 A legend celebrates its 25th anniversary: Four generations of the brand’s bestseller, the ŠKODA OCTAVIA