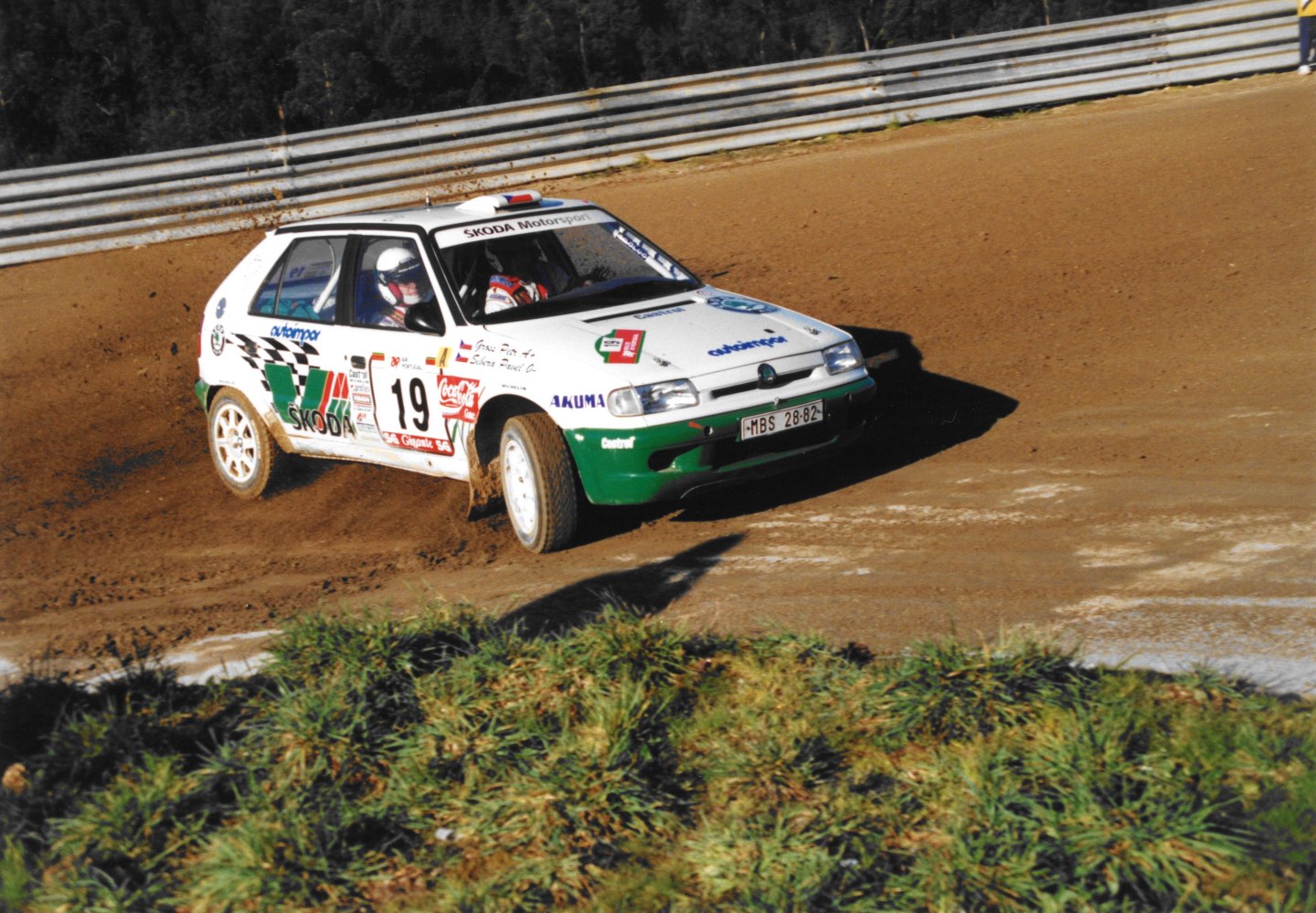 › Following the ŠKODA FAVORIT’s successes on the international rally tracks, the new ŠKODA FELICIA took over the baton in 1995
› The ŠKODA FELICIA KIT CAR regularly beat the competition in the overall standings of the World Rally Championship
› Originally powered by a four-cylinder engine with a 1.3-litre capacity, the model was later released with 1.5‑ and 1.6-litre displacements
› The FELICIA KIT CAR was the most successful ŠKODA with one driven axle in the World Rally Championship

Mladá Boleslav, 19 November 2021 – The ŠKODA FELICIA was an important model for the Mladá Boleslav‑based car manufacturer in the 1990s – not only as a production vehicle but also in rallying. The ŠKODA MOTORSPORT team homologated a fully-fledged racing car built according to the rules of the new kit car category for the Formula 2 championship.

After the ŠKODA FAVORIT’s victory in the World Championship for so-called Formula 2 vehicles, expectations were high for the newly presented ŠKODA FELICIA KIT CAR. In the 1990s, it was common for rally cars to be based on production models. This was also true of the FELICIA, even though it had considerably more modifications than its predecessor – the FAVORIT – to meet the requirements of the new kit car category.

The entire body skeleton of the ŠKODA FELICIA KIT CAR as well as the roof, doors, bonnet and windows were derived from the production model. The exterior dimensions were virtually identical to the standard version, too, the only differences being the wider mudguards to accommodate larger wheels, and slightly modified bumpers. The dashboard was the same as that used in the production model, but instead of the usual instrumentation, special Stack instruments were fitted. The brakes came from AP Racing and the shock absorbers were supplied by Proflex.

The most significant changes compared to the production car were under the bonnet: When ŠKODA MOTORSPORT was developing the ŠKODA FELICIA KIT CAR, the team not only had the tried-and-tested OHV engine with a capacity of 1,300 cm³ at its disposal but also an engine with a higher 1.5-litre displacement. It was with this engine that the car was ultimately homologated. Twenty-five years on, the outputs of 136 and 156 hp may seem modest, but the engines were both reliable and light. Since the competition at the time mostly opted for two‑litre four‑cylinder engines, the cars from Mladá Boleslav and their drivers truly had their work cut out on the international rally circuits.

The specialists at ŠKODA MOTORSPORT used the technology of the time to its full potential; the engine’s pistons and crankshaft were forged, it featured OBR multi-point fuel injection, Bosch injectors, Jenswey throttle valves, Champion spark plugs and specially designed sports catalytic converters that did not reduce performance.

The McPherson front axle was freely adjustable, and all set-ups were tested beforehand during road trials. The rear axle, which was reinforced, was based on the one used in the ŠKODA PICK-UP.

In 1995, the ŠKODA MOTORSPORT team entered a total of twenty-four rallies, four of which were part of the world championship. Achieving third place in Formula 2 came as a surprise; they were only beaten by the Peugeot and Renault teams who had more powerful vehicles. Nevertheless, their podium finish signalled a promising future – and expectations were more than fulfilled in the following season.

In Mladá Boleslav, it became clear that the vehicle needed a more powerful engine if it was to be a regular winner in its class. Thanks to the brand’s existing affiliation with the Volkswagen Group, the designers were able to use an OHC four-cylinder engine with a 1.6-litre displacement and multi-point injection, which also made its debut in production vehicles with the winged arrow at the same time.

Volkswagen itself had never used the engine in racing, so ŠKODA MOTORSPORT in Mladá Boleslav was almost entirely responsible for developing it. The pistons, connecting rods and crankshaft of the cast-iron four-cylinder engine were forged, and a new camshaft was used for valve timing. The resulting output of 174 hp meant an increase of eighteen brake horsepower compared to the heavier 1,500 cm3. The greatest advantage of this engine, however, was its wider power band.

The 1.6-litre engine was used for the first time in Portugal, where Pavel Sibera finished second among the cars with one driven axle. He claimed victory in Australia and Emil Triner left the competition behind in New Zealand. The latter also became famous for drifting onto the finish ramp – even though his ŠKODA FELICIA KIT CAR only had front-wheel drive. The legendary Stiq Blomqvist achieved his greatest success in the FELICIA KIT CAR at the famous RAC Rally in Great Britain; in addition to a class victory, he also took third place in the overall standings.

The ŠKODA FELICIA KIT CAR rally cars enjoyed regular success in the domestic championship, as well, but as early as 1997, they were gradually replaced by the larger ŠKODA OCTAVIA KIT CAR. This was the forerunner of the first‑ever ŠKODA rally car with four‑wheel drive, the ŠKODA OCTAVIA WRC. The FELICIA KIT CAR still appeared on the start lists of many races long after the end of its official ‘works career’. 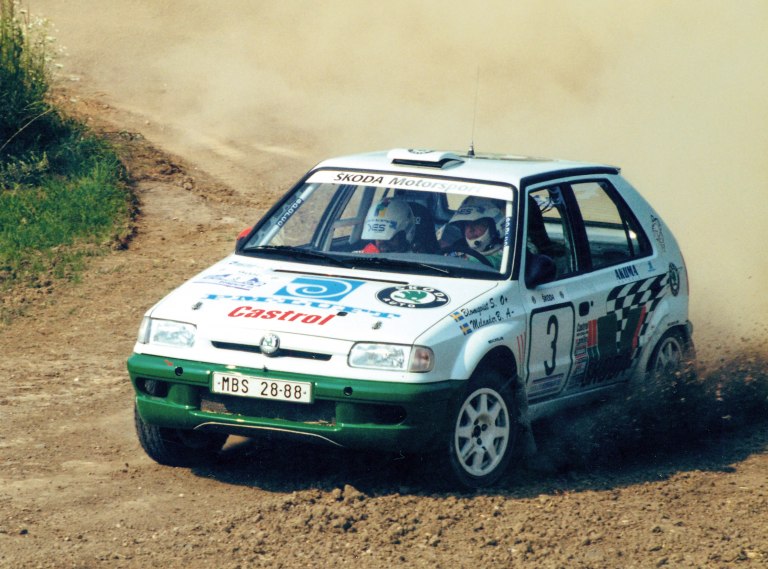 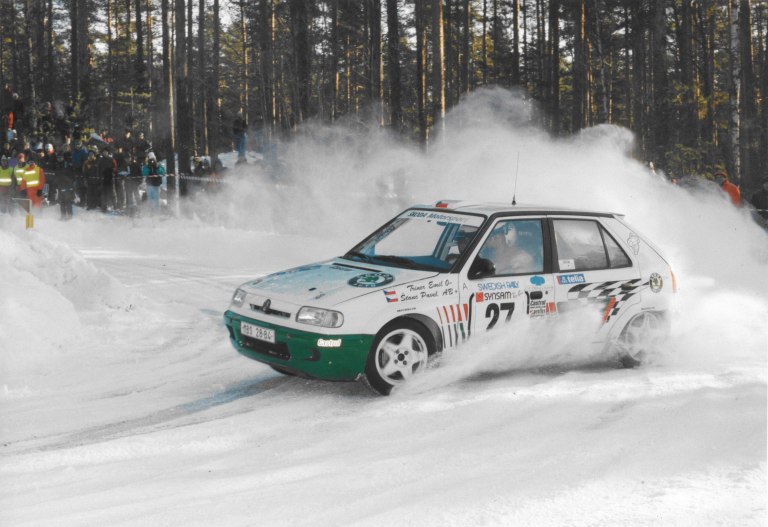 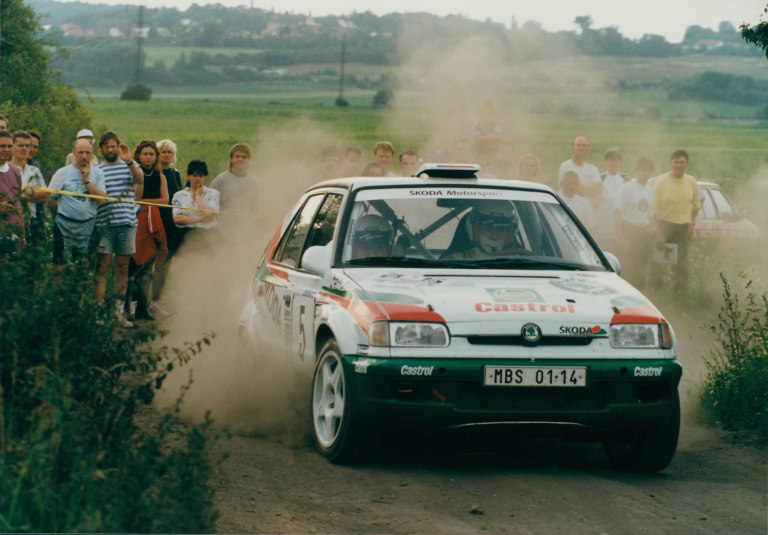 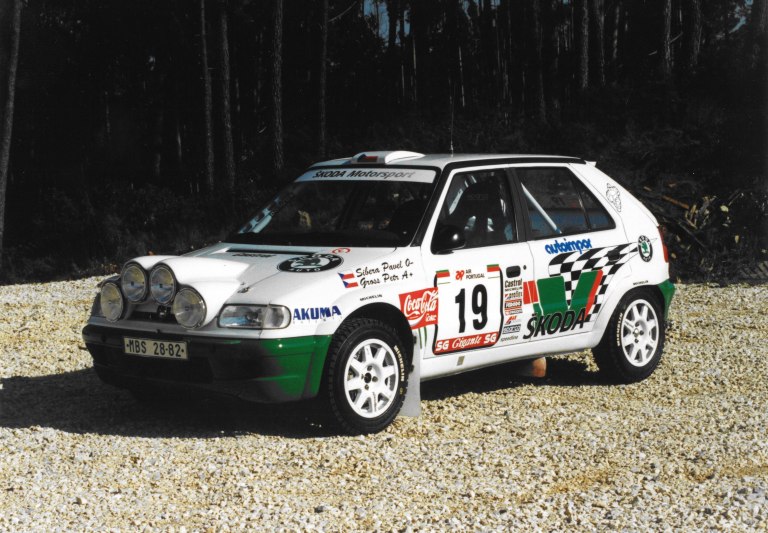