​Mladá Boleslav/Kvasiny, 22 January 2016 – New record broken: ŠKODA AUTO has manufactured their 18 millionth vehicle since the company first started building cars in 1905. The milestone car – a ŠKODA Superb Combi in the colour candy-white – rolled off the production line at the ŠKODA plant in Kvasiny. ŠKODA CEO Bernhard Maier, ŠKODA Board Member for Production Michael Oeljeklaus and the Chairman of the Trade Union KOVO, Jaroslav Povšík witnessed the occasion.

ŠKODA’s new CEO, Bernhard Maier, took the opportunity to visit the ŠKODA production site in East Bohemia for the first time. “Kvasiny is a production site with a great tradition and an outstanding team. You immediately sense the enthusiasm with which people carry out their tasks here. This is where automobile construction is lived, and implemented to an exemplary quality and efficiency,” said Maier, adding, “Today we have 18 million reasons to be proud of our employees’ performance. Without them, the success of the ŠKODA brand would be unimaginable.”

Producing 18 million vehicles is an enormously high number,” said the Chairman of the Trade Union KOVO, Jaroslav Povšík. “This milestone is an impressive demonstration of the skill our colleagues at ŠKODA have in car construction, and their great dedication to the company’s success over the past 120 years.”

The Kvasiny plant is currently undergoing the largest modernization and expansion in its history, for which ŠKODA will be investing around seven billion crowns. Over the coming years, the production capacity of the East Bohemian site will increase to 280,000 vehicles per year. Up to 1300 new jobs will be created in order to achieve this.

“Over the last five years, we have significantly increased the number of high-quality vehicles produced worldwide,” said ŠKODA Board Member for Production, Michael Oeljeklaus. “The ŠKODA plants in the Czech Republic have made a significant contribution to this. This is the heart of our international production network. Since 1991, we have invested more than 300 billion crowns into modernizing and expanding our production facilities in the Czech Republic.”

The new pilot hall was opened during the visit to Kvasiny. 50 ŠKODA employees started work there that same day. The local team receives the first technical information that is then analysed and evaluated some three years before the production of a ŠKODA model begins. This allows any optimizations to be carried out in advance of the model being launched into series production.

Kvasiny is one of ŠKODA’s three production sites in the Czech Republic. In addition to the ŠKODA Yeti, the ŠKODA Superb and Superb Combi currently run off the production lines there. In the future, the production of ŠKODA’s SUV models will also play an important role at the location. Around 150,000 ŠKODA vehicles were produced at the Kvasiny plant in 2015. 4500 people are currently employed at the site, making it one of the largest industrial employers in the Hradec Králové region. In 1895, Mladá Boleslav became the foundation for ŠKODA’s success story. 52 years later in 1947, when the Kvasiny plant started production of ŠKODA cars, it was the second important production site in former Czechoslovakia. 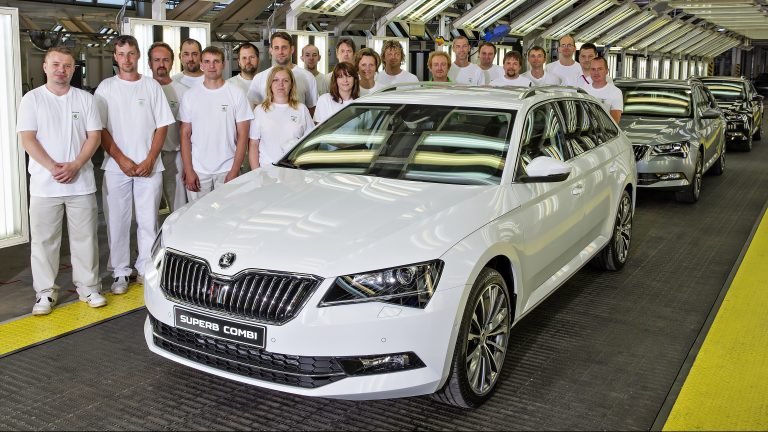