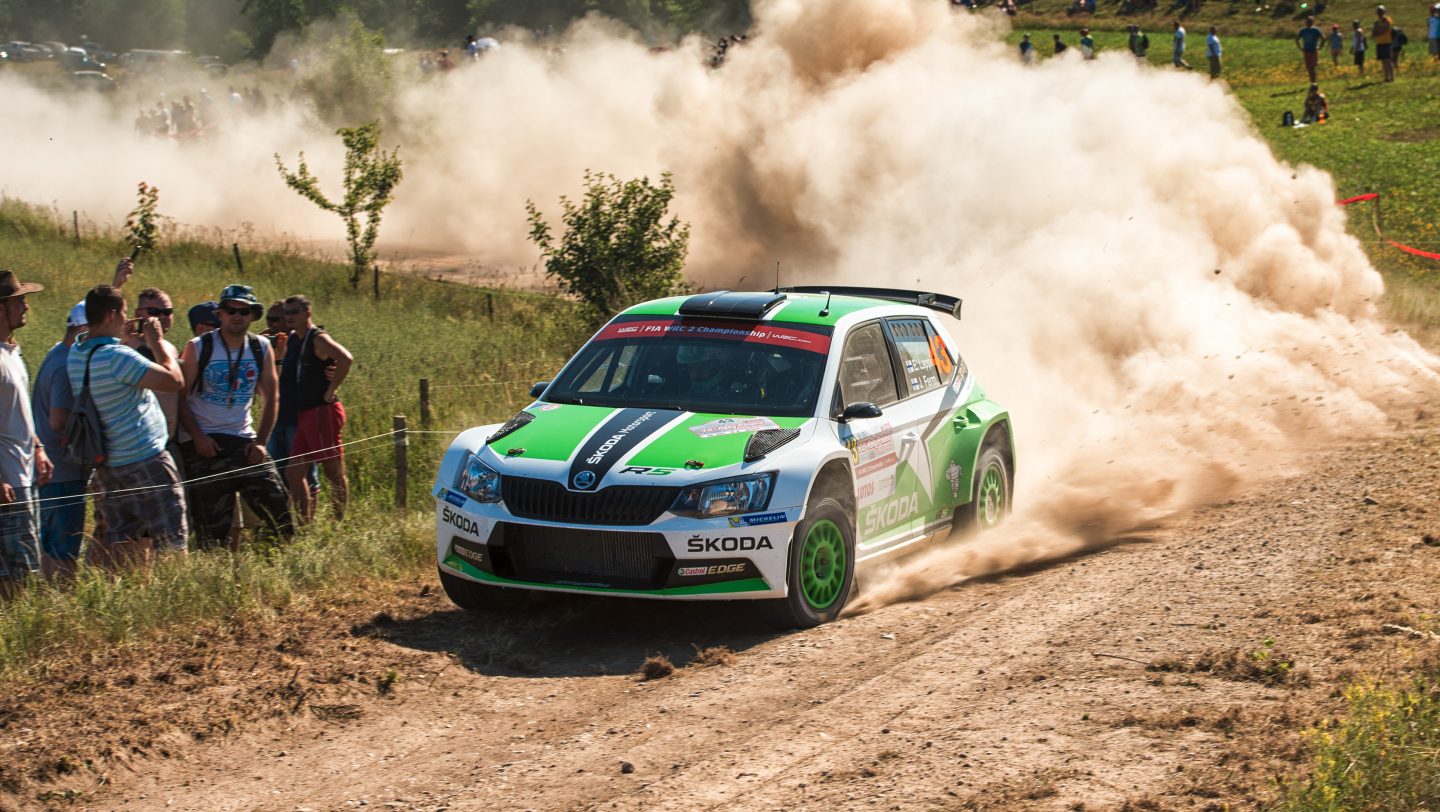 › Works drivers Esapekka Lappi and Pontus Tidemand head into the final day of the Rally Poland as front-runners in the WRC 2
› Lappi: "We managed to control the race"
› 29.20 kilometres until the first WRC win in the Fabia R5

Mikolajki, 4 July 2015 – ŠKODA heads into the final day of the Rally Poland with a one-two lead. The works teams Esapekka Lappi/Janne Ferm (FIN/FIN) and Pontus Tidemand/Emil Axelsson (S/S) kept their nerve in the heated battle and defended their leading positions in the FIA World Rally Championship (WRC 2) event on Saturday. Only the final 29.20 timed kilometres stand between the Czech car manufacturer and their first WRC win in the new Fabia R5. 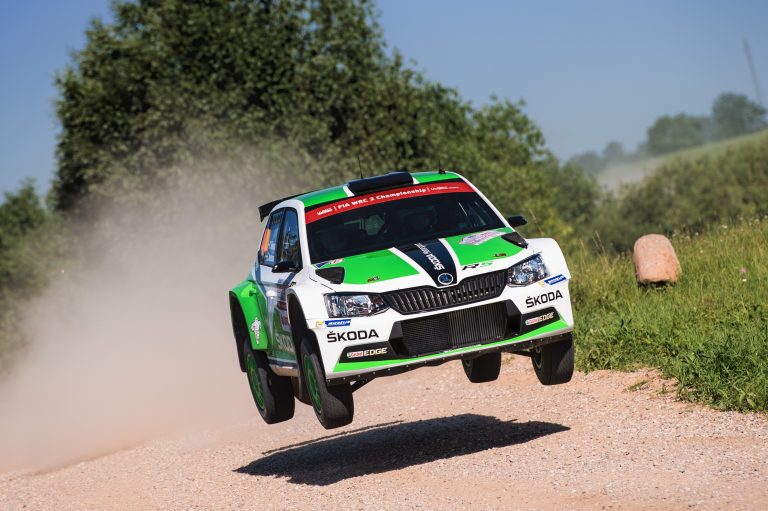 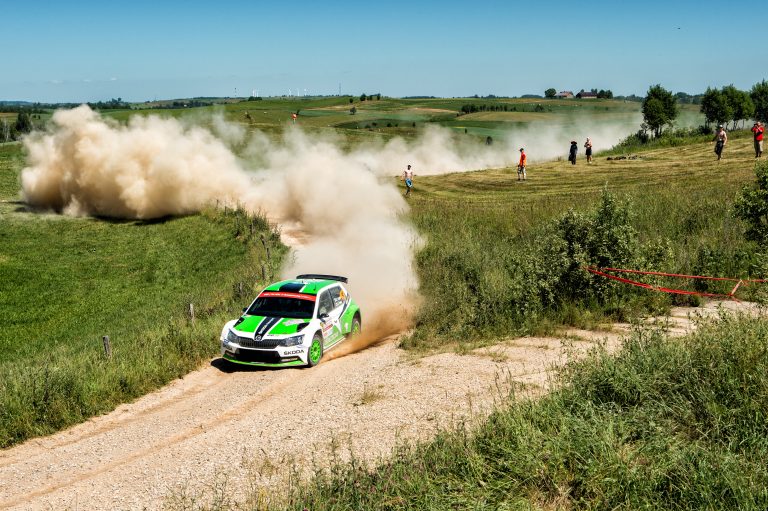 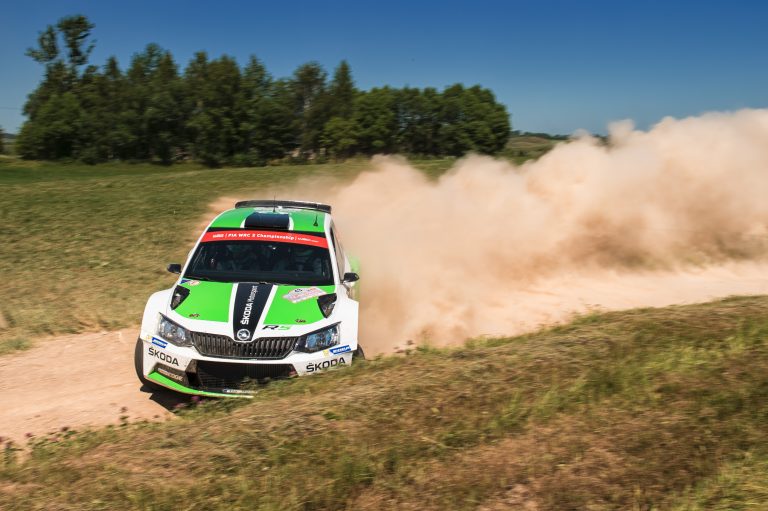 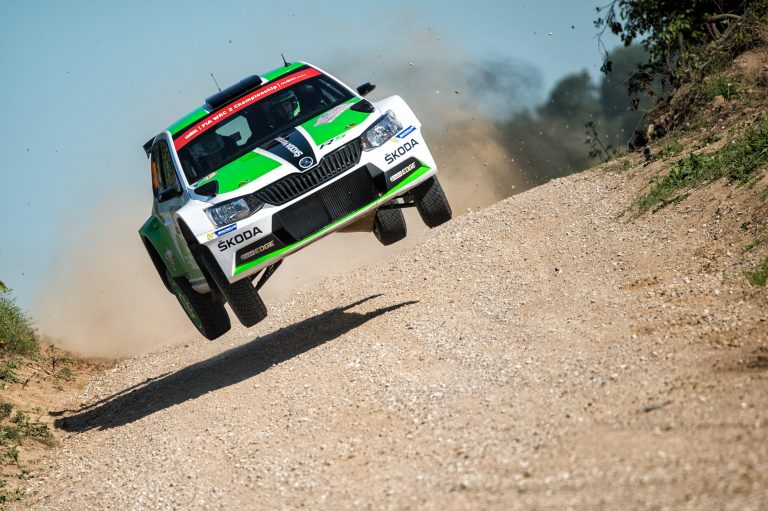 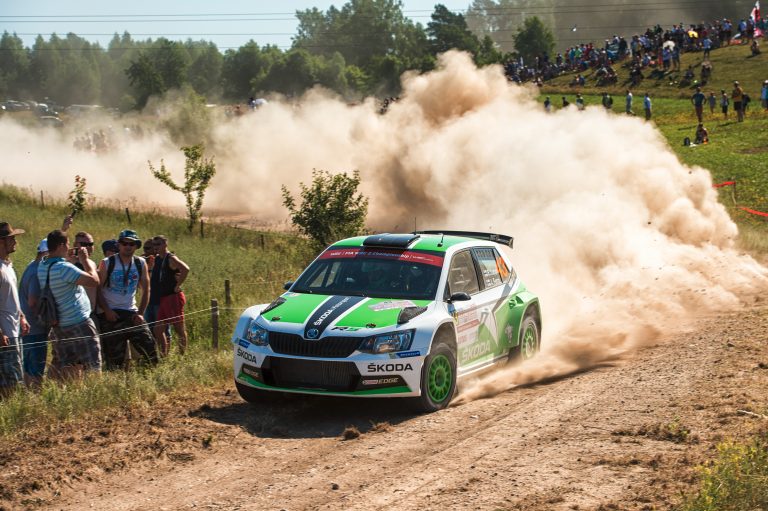 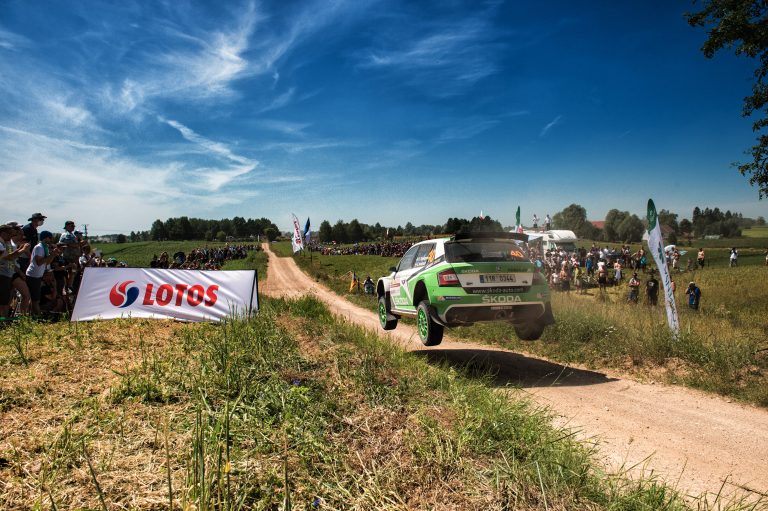 “With the advantage on our side we don’t need to push. We managed to control the race. It worked well, in particular, our Fabia R5 was perfect once again,” said European Champion Esapekka Lappi. With five best times on eight stages on Friday, the Finn was the outstanding driver of the day. On Saturday, ŠKODA team-mate Pontus Tidemand took on the role of main protagonist in the Masurian Lake District, getting five best times in the WRC 2.

The front-runner of the Asia-Pacific Rally Championship (APRC) won each of the stages eleven to 13 ahead of Lappi, on fast gravel tracks running past beautiful lakes. Then stage 14 “Mazury 2” was cancelled by the organisers for safety reasons because too many fans were obstructing the track. After the enforced break, the ŠKODA duel continued with one best time each for Lappi and Tidemand. Then, on the closing stadium stage, Tidemand was just a miniscule tenth of a second faster than his team-mate Lappi.

“We made a few more changes to the set-up and the car felt fantastic,” said Tidemand. “This meant we were able to make up a few seconds on Esapekka here and there. But the advantage he built up on Friday is just too big.” Lappi heads to the special stage “Baranowo”, which will be driven twice on Sunday, with a buffer of 37.7 seconds. “We just need to continue to keep a cool head in this heat,” said Lappi.

Then it will be confirmed whether after three podium finishes in two WRC starts to date, ŠKODA can celebrate their first win with the Fabia R5 in the WRC 2 category. Lappi/Ferm won the Rally Poland once before back in 2012.

Number of the day of the Rally Poland:

13The ŠKODA Motorsport team has won 13 of the 16 special stages of the Rally Poland so far with the Fabia R5 in the WRC 2 classification. Pontus Tidemand was the fastest driver seven times, overall front-runner Esapekka Lappi was in first place six times. 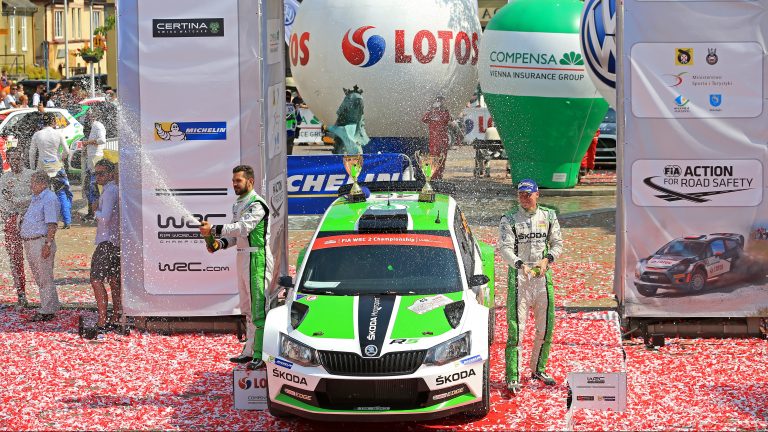 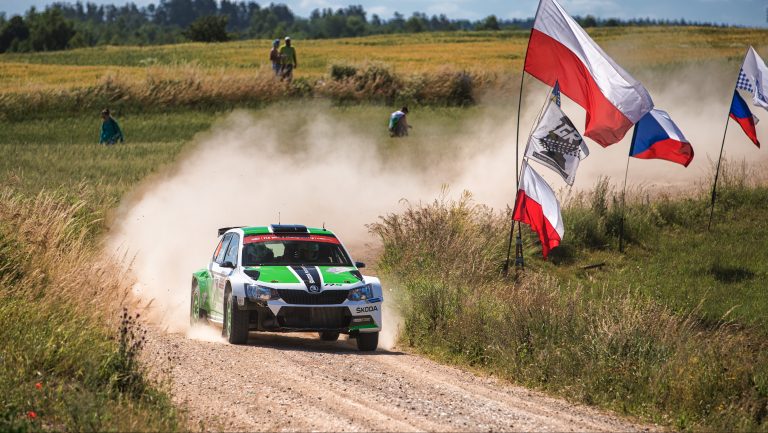 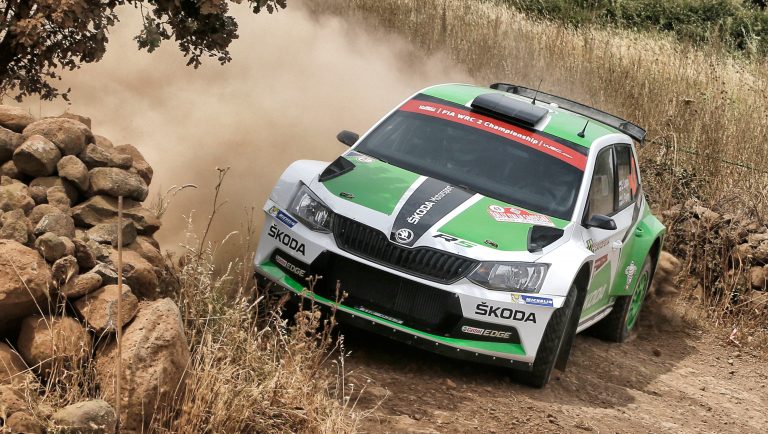