Mladá Boleslav, 21 July 2020 – ŠKODA AUTO has reached yet another milestone in China: today, the three millionth ŠKODA rolled off the assembly line in Ningbo since production started in China in 2007. Together with its joint venture partner, the Czech car manufacturer is currently producing nine different ŠKODA models in different vehicle segments at four Chinese plants. China has been the strongest single market for ŠKODA since 2010 and is the only country in which the manufacturer offers five SUV models. The vehicle marking the production record is an SUV too: the three millionth ŠKODA built in China is a KAROQ.

Dr Michael Oeljeklaus, ŠKODA AUTO Board Member for Production and Logistics, said, “I remember very well how proud we all were when the first ŠKODA built in China rolled off the assembly line. Being able to witness this event on-site was a very special moment for me. Today I am happy to be able to congratulate the team yet again on another great success: three million ŠKODAs built in China are three million reasons to celebrate. On behalf of the entire ŠKODA AUTO Board of Directors, I would like to thank everyone working at SAIC Volkswagen. You have made achieving the milestone of three million cars produced possible through your team spirit and commitment. I would also like to thank our Chinese joint venture partner – together we are building top-quality vehicles that are being extremely well received by our customers in China.”

Dr Ralf Hanschen, President of ŠKODA China, said, “The production and delivery of three million vehicles is a special milestone for ŠKODA in China. This great achievement has been made possible by our outstanding model range, close collaboration with our joint venture partner, SAIC Volkswagen, professional services provided by the ŠKODA dealers, and our colleagues’ great level of commitment and hard work. We are particularly grateful for the trust our customers are placing in us. ŠKODA will continue offering them even more intelligent mobility solutions in the future.” 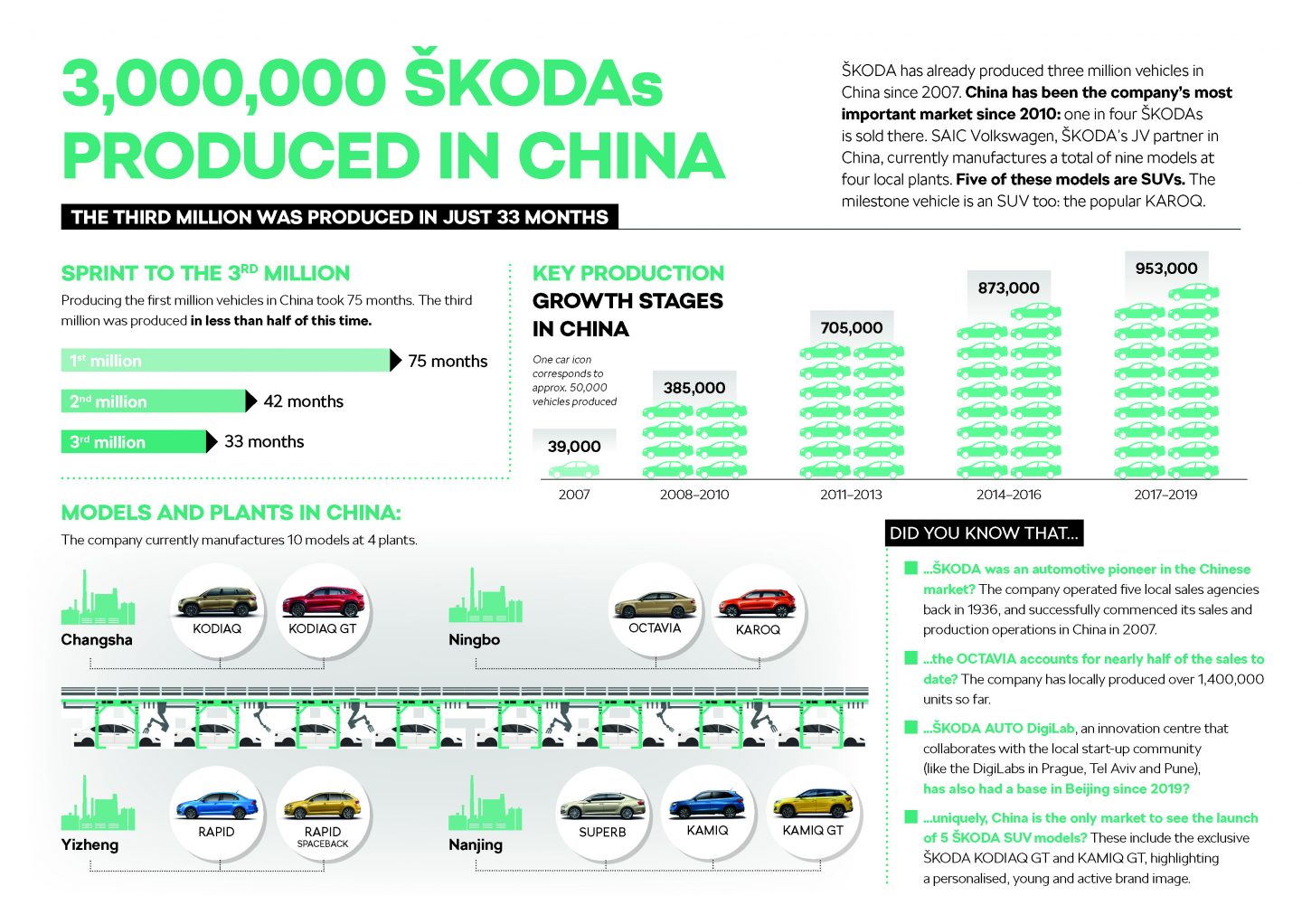 ŠKODA was already active on the Chinese passenger car market in the 1930s: in 1936, the Czech brand had five sales agencies there. The recent success story began in 2007, when ŠKODA returned to the Chinese market as part of the SAIC Volkswagen joint venture and started producing the ŠKODA OCTAVIA locally in Shanghai.

Today, ŠKODA produces nine models for the Chinese market at four SAIC Volkswagen joint venture plants. In addition to the OCTAVIA, which is the heart and engine of the brand in China too, the KAROQ is also being built in Ningbo. The KODIAQ SUV and its coupé derivative, the KODIAQ GT, are produced at the plant in Changsha. The RAPID and RAPID SPACEBACK roll off the assembly line at the factory in Yizheng, while the SUPERB, KAMIQ and KAMIQ GT are manufactured in Nanjing. China is the only market in which ŠKODA offers five SUV models – including the KODIAQ GT and KAMIQ GT designed exclusively for China, which as coupé variants express the young, active and passionate brand image in particular.

China has been the Czech brand’s largest single market worldwide for as many as ten years – one in four ŠKODAs is currently sold there.

ŠKODA AUTO DigiLab China opened in Beijing in April 2019. In this innovation centre, ŠKODA has been teaming up with local start-ups to press ahead with joint projects. The focus of the network – now consisting of four ŠKODA AUTO DigiLabs based at different international locations – is on the mobility of the future and digitalisation as well as the development and implementation of new business fields. The new mobility solutions and services are not only developed for the Chinese market but are also tailored to European or international needs.

Milestones of ŠKODA in the Chinese market
› 2007: The first ŠKODA manufactured in China, an OCTAVIA, rolls off the assembly line in Shanghai.
› 2010: China becomes ŠKODA’s biggest single market.
› 2015: ŠKODA produces its 1.5 millionth vehicle in China.
› 2018: In November, the sporty SUV coupé KODIAQ GT makes its debut on the Chinese market as the spearhead of the brand’s SUV campaign.
› 2019: ŠKODA celebrates the 22 millionth vehicle since the company was founded – the milestone car, a KODIAQ GT, rolls off the production line at the Chinese SAIC Volkswagen plant in Changsha.
› 2019: In November, the second SUV coupé, the ŠKODA KAMIQ GT, makes its debut.
› 2020: The three millionth ŠKODA built in China rolls off the assembly line in Ningbo. The milestone vehicle is the popular KAROQ compact SUV. 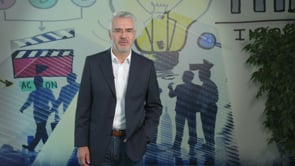