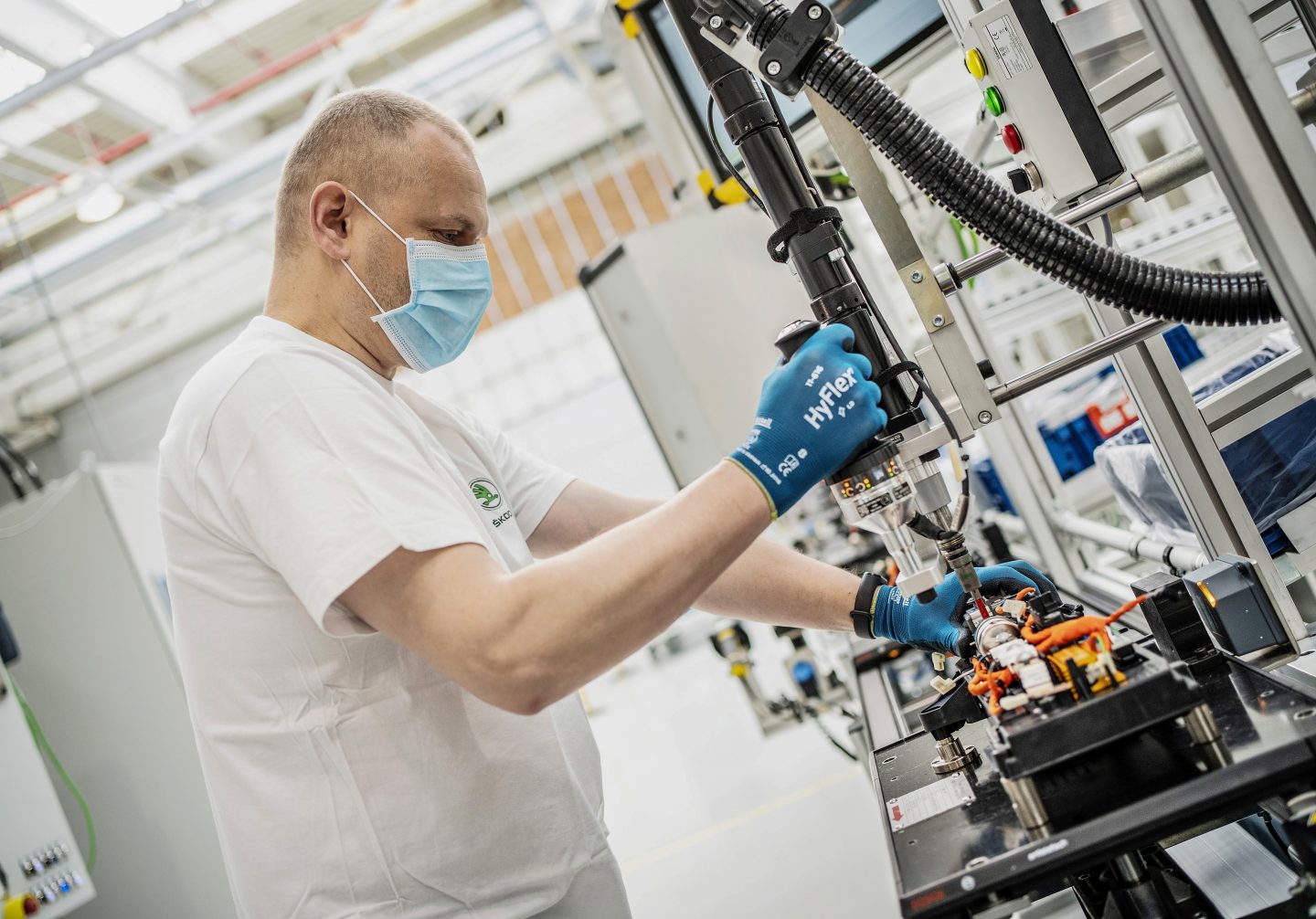 Mladá Boleslav, 30 April 2020 – Resuming production at ŠKODA AUTO after the temporary ‘COVID-19’ shut-down requires sticking to a detailed itinerary that is guided by process steps and the supply chain. At ŠKODA’s headquarters in Mladá Boleslav, assembly of high-voltage traction batteries for Volkswagen Group plug-in hybrid models has also recommenced as planned. To keep the workforce safe, more than 80 precautions have to be strictly followed. The car manufacturer has put the measures in place to protect factory and office staff in the best-possible way and prevent them from becoming infected.

On Monday 27 April, ŠKODA AUTO resumed production at its Czech plants. The company’s main plant also recommenced assembly of high-voltage traction batteries for vehicles that feature plug-in hybrid drive. In order to ensure the best possible health protection, employees are required to comply with the currently applicable code of conduct at all times.

Christian Bleiel, Head of Component Production at ŠKODA AUTO, said, “At the Mladá Boleslav site, we produce high-voltage traction batteries used in plug-in hybrids from various Group brands. In recent weeks, we have thoroughly prepared for the scheduled restart to ensure that we can deliver the required quantities under the current conditions from the start. Of course, complying with the precautions required to keep our employees as safe as possible remains the top priority.”

The battery systems are built on the line, tested and charged before they are fitted in the cars. Around 200 employees are involved in the battery assembly process in Mladá Boleslav. ŠKODA is also planning to expand its current production capacities this year. Manufacturing is supported by 13 KUKA robots who – with a maximum payload capacity of between 210 and 500 kg – take care of transporting particularly heavy or bulky components.

The high-voltage traction batteries made in Mladá Boleslav have been used in MQB-based plug-in hybrids from ŠKODA, AUDI, SEAT and Volkswagen since September 2019. They are also fitted in the ŠKODA SUPERB iV, which has been rolling off the line at the ŠKODA AUTO Kvasiny plant since last September as well. 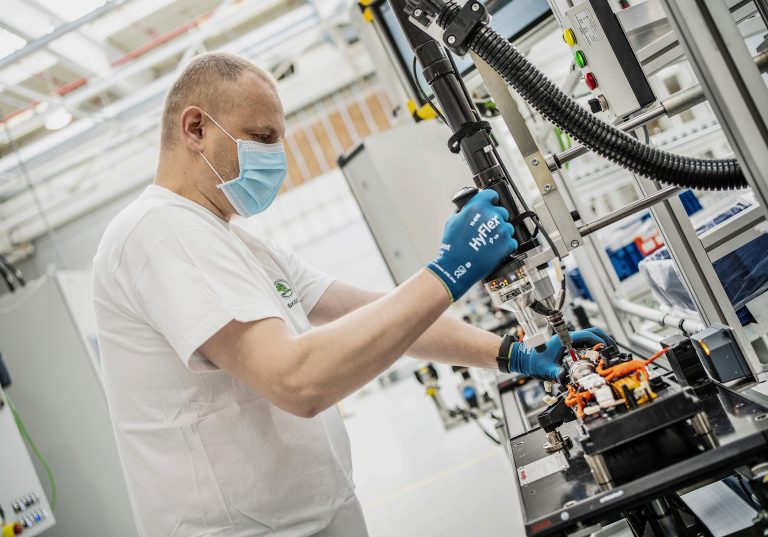 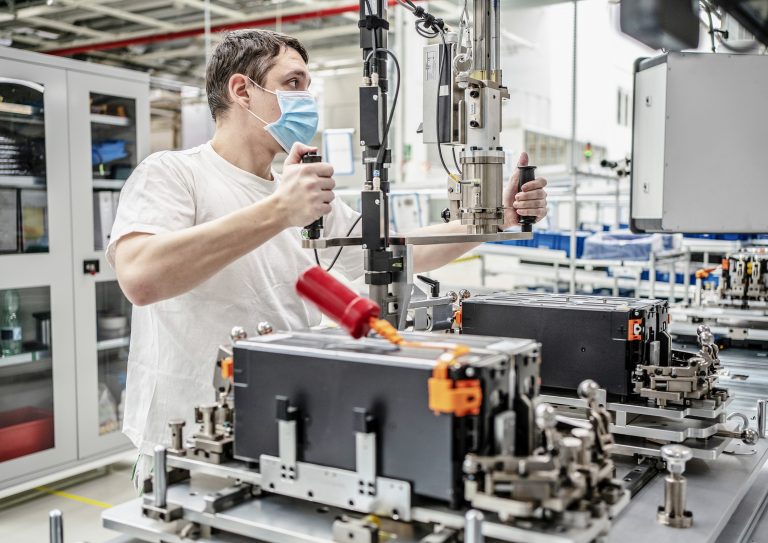