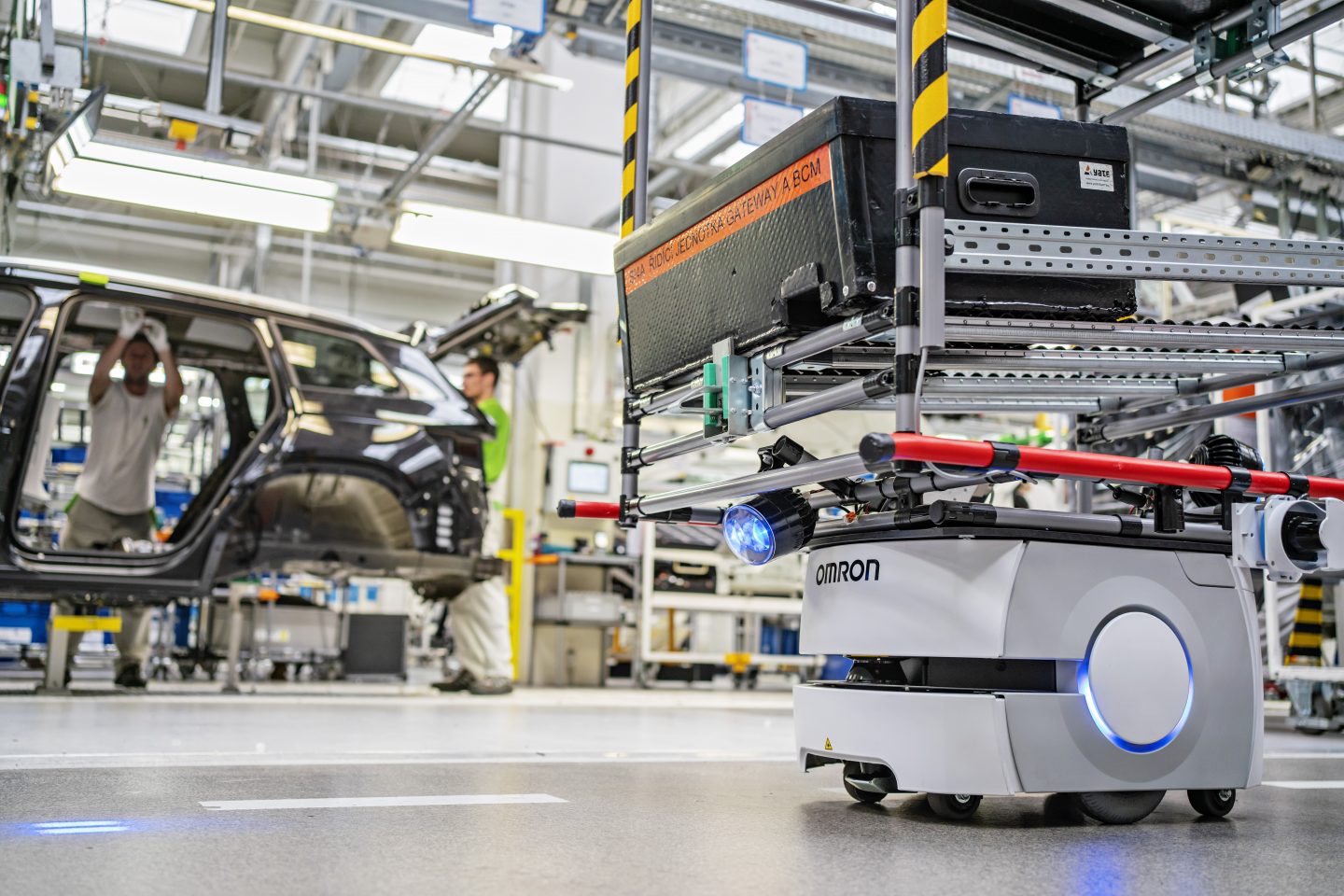 › More than 320,000 vehicles rolled off the line at the plant in 2019
› Start of production: With the SUPERB iV, the first ŠKODA with plug-in hybrid powertrain left the factory halls in September
› ‘dProduction’ as paperless and multimedia-based digital system guiding employees through production steps, documentation and quality control
› ŠKODA continues its commitment to the region

Kvasiny, 14 February 2020 – By having built more than 320,000 vehicles in 2019, ŠKODA AUTO set a new record at the Kvasiny plant in eastern Bohemia. September 2019 saw another milestone in the site’s history: the start of serial production of the SUPERB iV, ŠKODA’s first plug-in hybrid. To date, more than 2,000 units have already been made. As one of the largest employers in the region, ŠKODA AUTO is also involved in numerous social projects.

Michael Oeljeklaus, ŠKODA AUTO Board Member for Production and Logistics, pointed out, “In 2019, we invested heavily in the renovation of the Kvasiny site and, together, we started manufacturing the ŠKODA SUPERB iV. This milestone in the history of both the plant and the company, as well as the new production record of more than 320,000 vehicles, is an impressive testament to the high level of expertise and team spirit this location’s 9,000 members of staff have to offer.”

Miloš Halbich, Kvasiny Plant Manager, stated, “We have been continuously modernising our site for many years to maximise its utilised capacity and increase production volume. Today, Kvasiny is one of the most modern factories in the entire automotive industry and is a centre of excellence for ŠKODA AUTO manufacturing”. He added: “We are collaborating in numerous projects with citizens, administration and the mayors of Kvasiny and the surrounding municipalities, and we are proud of the successes that we have already achieved.”

2019 saw numerous milestones at the Kvasiny plant
Looking back, 2019 held numerous highlights in store for the Kvasiny site, where currently the SUPERB, SUPERB iV, KODIAQ and KAROQ model ranges are being built: In March 2019, the 500,000th third-generation ŠKODA SUPERB rolled off the assembly line, April saw the introduction of ‘dProduction’ – a paperless and multimedia-based digital system guiding employees through individual production steps, documentation and quality control. This project resulted in the Kvasiny plant receiving the special ‘Smart Digital Application’ award at the 14th Automotive Lean Production Congress in Wolfsburg’s Autostadt.

In July 2019, production of the comprehensively modernised flagship SUPERB began and in September, the first SUPERB iV plug-in-hybrid production car left the factory halls – not just a milestone for the plant but also for the company. ŠKODA AUTO invested around 12 million euros in the measures necessary to convert the location and the extensive preparation for manufacturing the brand’s first electrified production model. The ŠKODA SUPERB iV is made exclusively in Kvasiny and on the same line as SUPERB variants that are driven solely by a conventional combustion engine. To date, more than 2,000 units of the electrified flagship have already been built.

To comprehensively further develop the skills of its employees in the field of electromobility, ŠKODA set up a new training centre on site, where more than 6,000 members of staff have completed courses thus far.

Numerous innovations in production and logistics
Using more and more Industry 4.0 technologies, ŠKODA is consistently pushing ahead with optimising the plant’s production and logistics processes. The ‘BinPicking System’ introduced in mid-2019, for example, makes use of a 3D camera system to automatically take parts required in the body shop from a container and place them on the conveyor. Forty new touchscreens allow employees to record data, such as the length of stoppages. As a result, four times more data has been captured than with the previous system, meaning that specifics can now be analysed much more easily and comprehensively. What’s more, the database not only logs details but also stores vital information on production equipment.

In addition, ŠKODA AUTO uses a state-of-the-art autonomous transport robot in Kvasiny. Its maximum load capacity is 130 kg, it plans the most efficient route to its destination by itself and it can even detect obstacles on its way there. Every day, it supplies the assembly lines for the SUPERB, SUPERB iV and KODIAQ models with 2,000 parts for 400 vehicles and, unlike previous floor conveyor systems, does not require any induction loops, magnetic strips or reflection points for navigation. To increase efficiency in warehouse logistics even further, 2020 will also see ŠKODA AUTO invest 400,000 euros in robots that can pick starter batteries.

By preventing collisions between forklift trucks and employees, an innovative warning system makes an important contribution to increasing workplace safety at the Kvasiny plant. The system requires staff to wear special watches that communicate with a control unit installed in the forklift trucks. These watches then draw attention to an impending collision by vibrating in a clearly perceptible manner. The Kvasiny site is the car manufacturer’s first location to use this technology.

ŠKODA AUTO continues to support local communities
As one of the largest employers in the region, ŠKODA has so far supported 45 projects in the area surrounding the Kvasiny factory and invests almost one million euros in a variety of local social endeavours each year. The funds are mainly used for educational projects and care facilities or are spent on road safety and environmental protection. Jan Hostinský, mayor of the nearby town of Solnice emphasised, “ŠKODA AUTO is much more than just a major employer in our region: the company is a ‘good neighbour’ and supports the communities in pursuing important social objectives.”

For example, in April 2019, ŠKODA AUTO provided seven vehicles for local social services and invested two million Czech crowns in equipment for the police in Rychnov nad Kněžnou. The carmaker invested another one million Czech crowns into a healthcare foundation for the town of Rychnov nad Kněžnou to buy hospital equipment. But that’s not all, in 2019 alone, ŠKODA AUTO supported the construction of 16 playgrounds, recreational areas and training grounds in the area surrounding the plant. 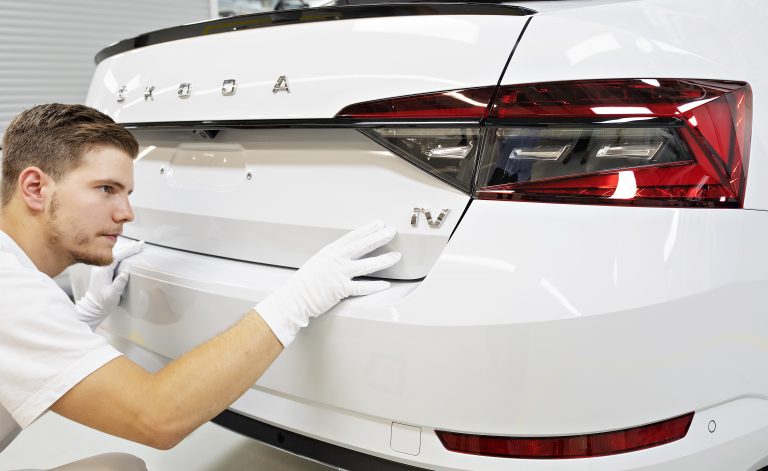