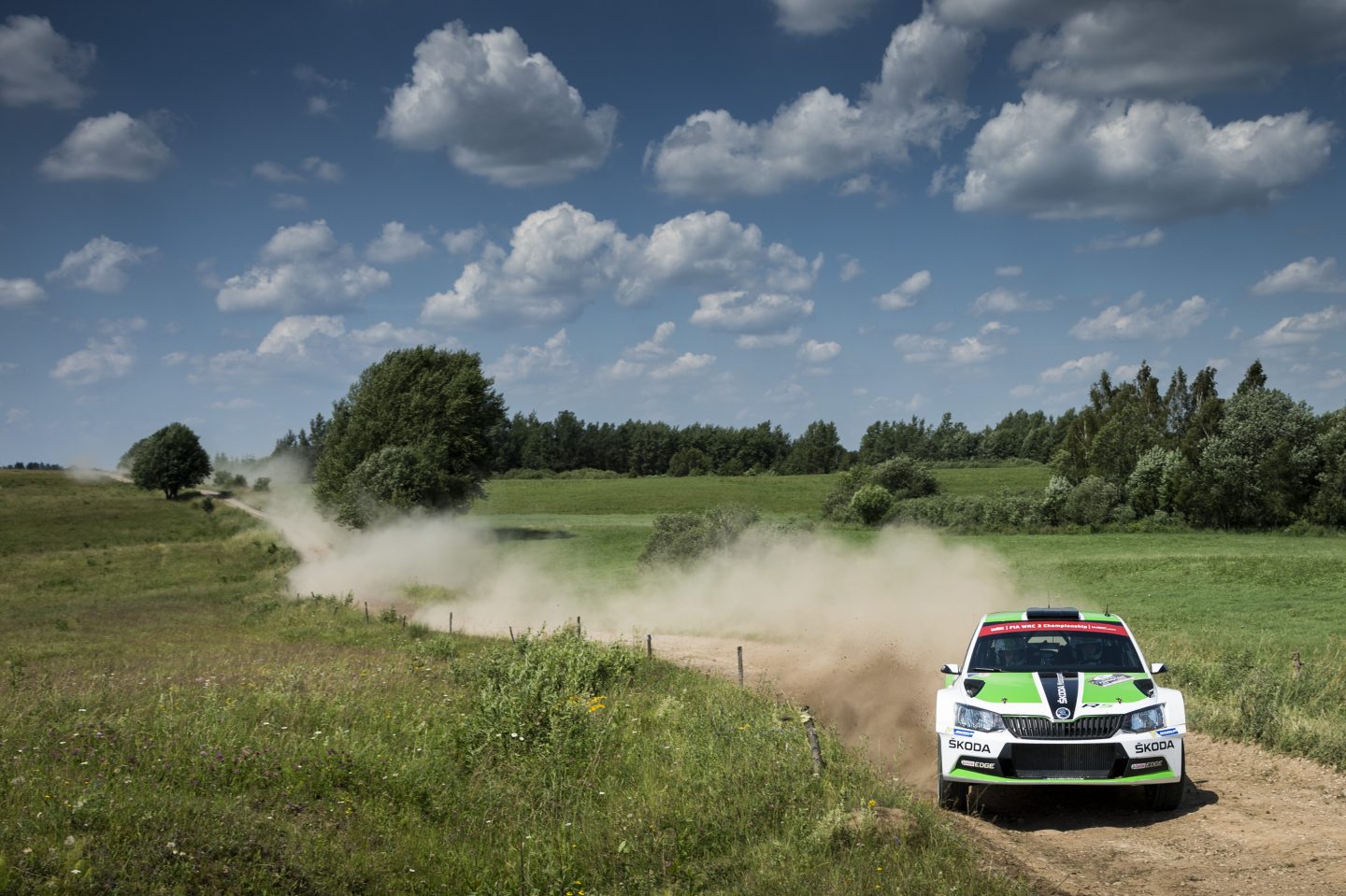 › Last year’s winners Esapekka Lappi/Janne Ferm and Pontus Tidemand/Jonas Andersson in action for the ŠKODA Motorsport works team
› A total of seven ŠKODA FABIA R5 will compete in the eighth round of the FIA World Rally Championship (WRC 2) season – Home event for Lappi and Suninen
› Five recent ŠKODA wins in a row in the WRC 2
› Michal Hrabánek: “Rallying encounters a level of enthusiasm in Finland not found in many other countries”

Mladá Boleslav, 26 July 2016 – ŠKODA starts the second part of the “high-speed summer” in the FIA World Rally Championship (WRC 2) with a tailwind. A good three weeks after Rally Poland, Rally Finland is the next ultra-fast gravel rally on the calendar as of Thursday. After five recent ŠKODA WRC 2 wins in a row, the Finnish ŠKODA works duo Esapekka Lappi/Janne Ferm in particular are looking forward to their home rally, which they won in the FABIA R5 last year. The Swedes Pontus Tidemand/Jonas Andersson, winners of the Rally Portugal in May, will also compete for ŠKODA Motorsport in a FABIA R5.

“Rallying encounters a level of enthusiasm in Finland not found in many other countries,” said ŠKODA Motorsport Director Michal Hrabánek. “Here, rally is the national sport, which is proven by the never-ending flow of talented youngsters aiming to make it in the WRC year after year. In Esapekka Lappi we have one of the best local heroes in our ranks, as has been proven, and Pontus Tidemand as a Swede also always feels right at home in Finland. We have also already proved that the FABIA R5 is among the absolute best in the WRC 2 class on the speedy gravel tracks. This is also shown by the recent win in Poland, or last year’s win in Finland. So we are optimistic that the ŠKODA run of success will continue at the Rally Finland and we will be able to show the knowledgeable Finnish crowd the FABIA R5 from its best side.”

The rally route in Finland covers 333.6 classified kilometres, spread across 24 special stages between Thursday evening and Sunday lunchtime. Long full-throttle passages on mostly fine gravel tracks through the forests around the city of Jyväskylä are typical of this rally. Terrain that works driver Lappi is very familiar with – and enjoys. “Rallying here is more fun than anywhere else,” said the 25-year-old Finn. “Now we want to go on full attack at the Rally Finland and repeat our victory from last year.”

Thanks to two third places in Sweden and Poland and ninth place on Sardinia, Lappi is now ranked seventh overall in the WRC 2 category of the championship. ŠKODA team-mate Tidemand is currently placed slightly higher in the overall rankings. The win in Portugal, second place at his home rally in Sweden and the recent seventh place at the Rally Poland see him in fourth place in the championship. “I would like to reduce the deficit to the leaders of the championship again in Finland, but that will be far from easy,” said Tidemand. “You can’t afford to make any mistakes here, since it is almost impossible to make up significant losses of time on these incredibly fast tracks. And the competition will be strong once again. Elfyn Evans and Teemu Suninen were on top form last time around and I expect them to be strong again in this rally.”

Each of the last five WRC 2 rallies were won by a driver in the high-tech four-wheel drive FABIA R5. At the Rally Italy in June and the Rally Poland in July, the 23-year-old Finn Teemu Suninen was victorious, who also started the run of success at the Rally Mexico. At the Rally Argentina, Nicolás Fuchs (PE) in the speedy and reliable four-wheel drive from Mladá Boleslav was unbeatable. At the Rally Portugal, works driver Tidemand celebrated at the top of the winner’s podium.
FIA World Rally Championship (WRC 2)

… the ŠKODA works drivers Esapekka Lappi and Pontus Tidemand clinched a one-two result in the FABIA R5 at the Rally Finland last year? Exactly one year ago, Lappi and co-driver Janne Ferm were victorious over ŠKODA Motorsport team-mates Tidemand and Emil Axelsson (S).

… Esapekka Lappi will contest his home rally in Finland for the fifth time this year? The Finn made his debut at the age of 20 in 2011, and finished in twelfth place in the R2 class classification alongside his co-driver Janne Ferm.

… ŠKODA celebrated success with the FABIA SUPER 2000 at the Rally Finland? The Finnish duo Juho Hänninen/Mikko Markkula won the SWRC class at the rally around Jyväskylä in 2010 and 2011. Hänninen/Markkula even headed a one-two-three result for ŠKODA in 2010, with the Swedes Per-Gunnar Andersson/Anders Fredriksson and Patrick Sandell/Emil Axelsson in second and third place. Mikko Markkula is now the co-driver of ŠKODA driver Teemu Suninen (FIN).

… ŠKODA has six drivers in the top seven of the overall standings in the WRC 2? After seven of 14 rounds of the season, Teemu Suninen (75/four starts), Nicolás Fuchs (59/five starts), works driver Pontus Tidemand (49/three starts), Hubert Ptaszek (42/six starts), experienced German Armin Kremer (40/four starts) and works driver Esapekka Lappi (32/three starts) make it six drivers in the ŠKODA FABIA R5 lying in wait behind the leader, Britain’s Elfyn Evans (80 points from five starts to date). The third ŠKODA work’s driver Jan Kopecký (19/two starts) is tenth. Each driver can pick up points for the overall standings of the WRC 2 classification in seven selected rallies during the course of the year, with the six best results used for the classification.

… ŠKODA Motorsport is also fighting for the title in the team standings of the WRC 2? Even though the team from Mladá Boleslav has only competed in four WRC rallies to date, they have already bagged 76 points. With 91 points from five rallies, M-Sport is currently still in first place.

… the Rally Finland will be contested by a total of eight ŠKODA rally cars? In addition to the two works cars of Tidemand and Lappi, WRC 2 shooting star Teemu Suninen will once again compete in a ŠKODA FABIA R5 in the WRC 2 category. ŠKODA customers Hubert Ptaszek (PL) and Scott Pedder (AUS) have also registered. Local hero Joonas Soilu (FIN) will race in a ŠKODA FABIA SUPER 2000 at his home rally. The Finns Jukka Metsälä and Kari Hytönen will each compete in a FABIA R5, but without being registered for the WRC 2 class.

… the Rally Finland is also jokingly referred to as the “Grand Prix of Finland”? The rallying in the Finnish forests with its many, long, full-throttle passages is very similar to Formula 1. Along with the Rally Poland, the Rally Finland is regarded as the fastest on the WRC calendar; nine of the ten fastest WRC events of all time have taken place in Finland.

… the rally centre of Jyväskylä with its 137,327 inhabitants is the seventh largest city in Finland? Jyväskylä was founded in 1837, has been a university city since 1966, and is also the capital of the region of Central Finland. Around a quarter of the inhabitants are students. 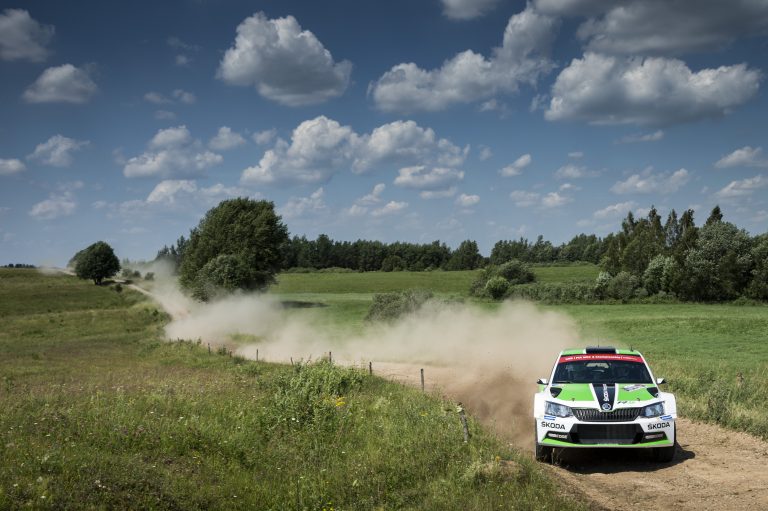