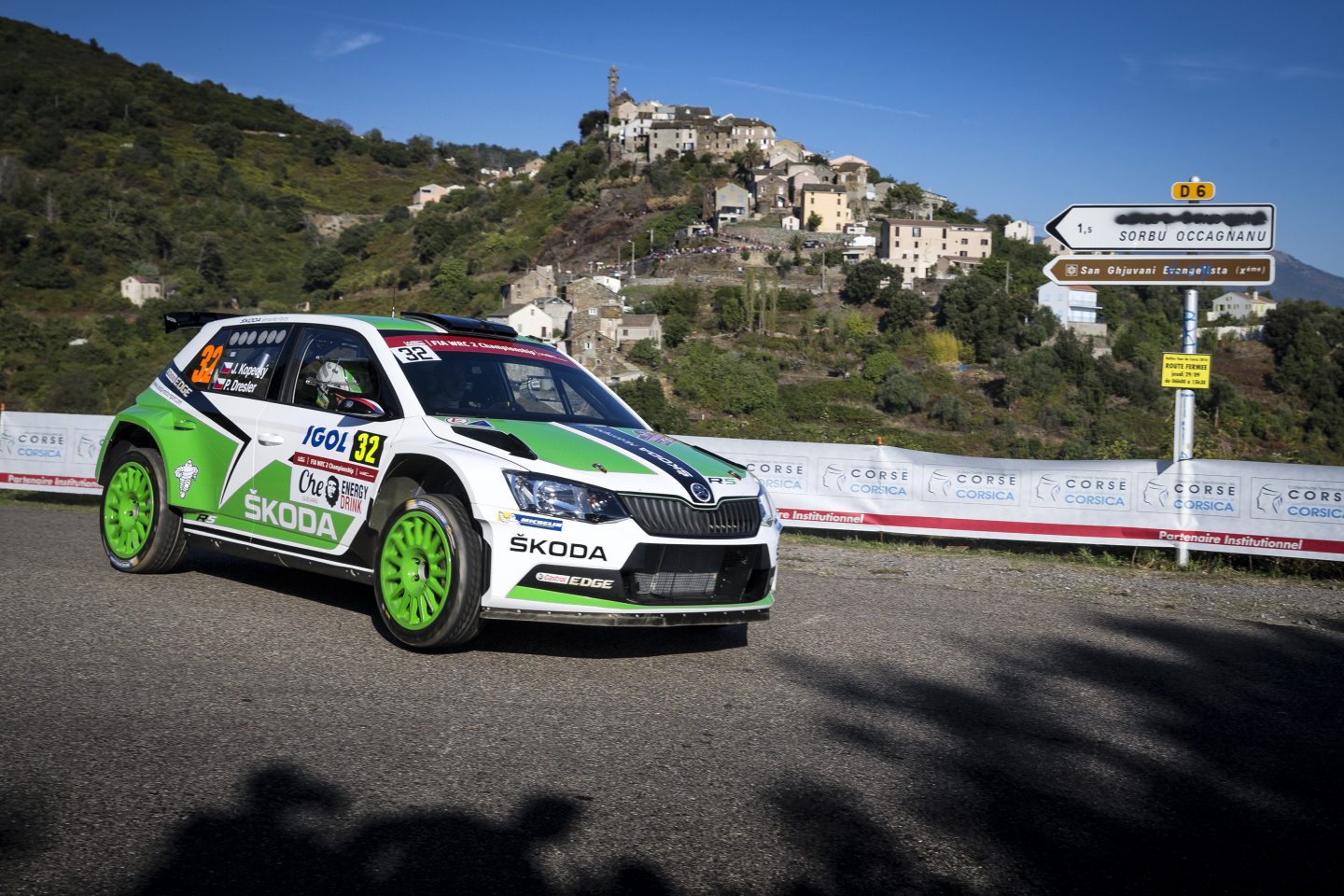 › Jan Kopecký/Pavel Dresler second after day one on Corsica
› Just 15.7 seconds off the pace in a thrilling battle with WRC 2 leader Elfyn Evans
› A demanding 233.24 km still to come on Saturday and Sunday at the FIA World Rally Championship (WRC 2) race

Bastia, 30 September 2016 – ŠKODA works driver Jan Kopecký (CZ) made a promising start to the Rally France and lies second after the opening day. The 34-year-old was embroiled in a thrilling battle with Elfyn Evans (GB) over 157.68 km of special stage on day one of the demanding rally on the Mediterranean island of Corsica. Kopecký and his co-driver Pavel Dresler (CZ) trail the leader by just 15.7 seconds going into the final weekend of the FIA World Rally Championship (WRC 2) race. 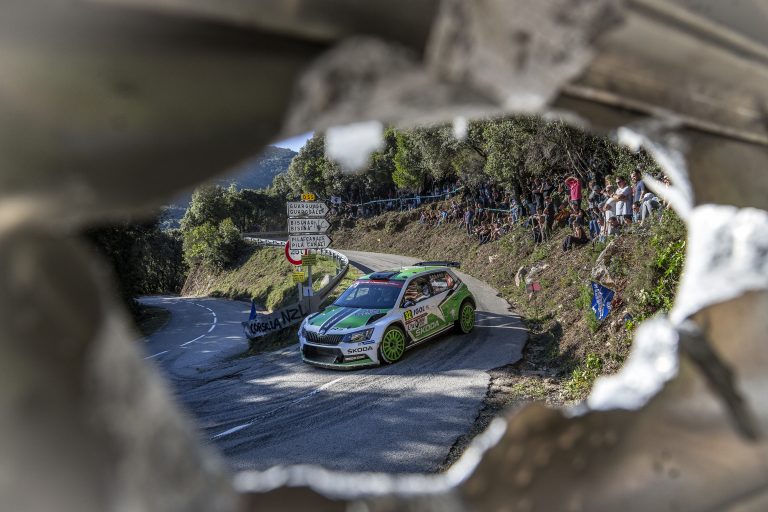 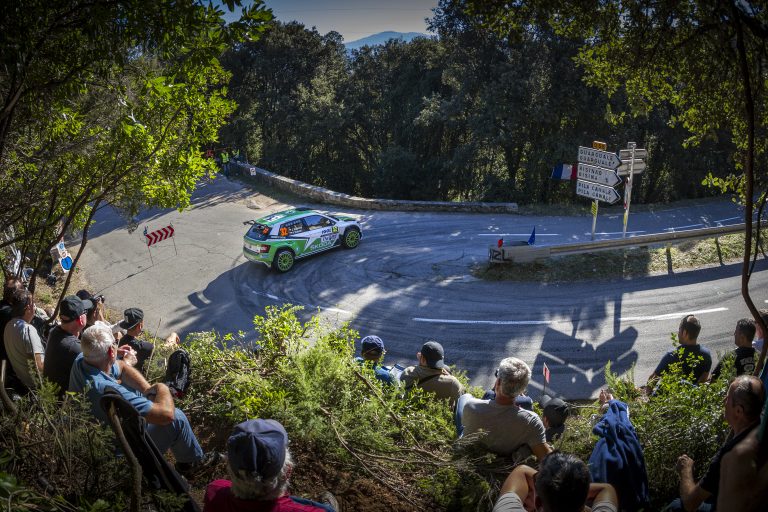 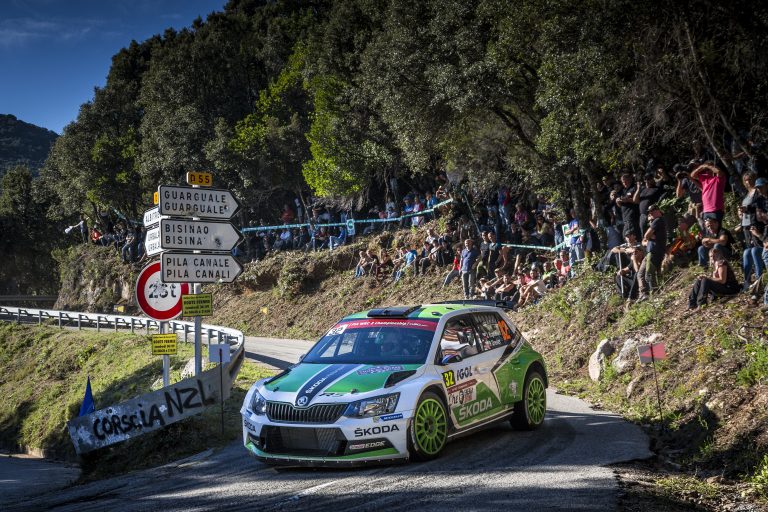 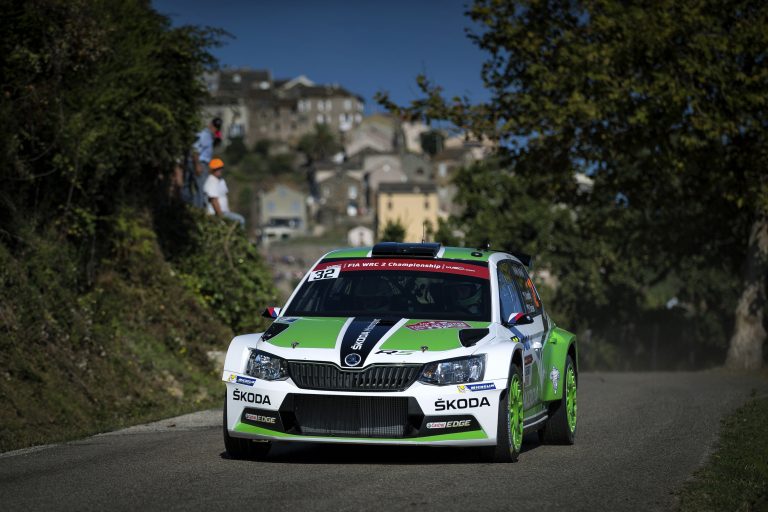 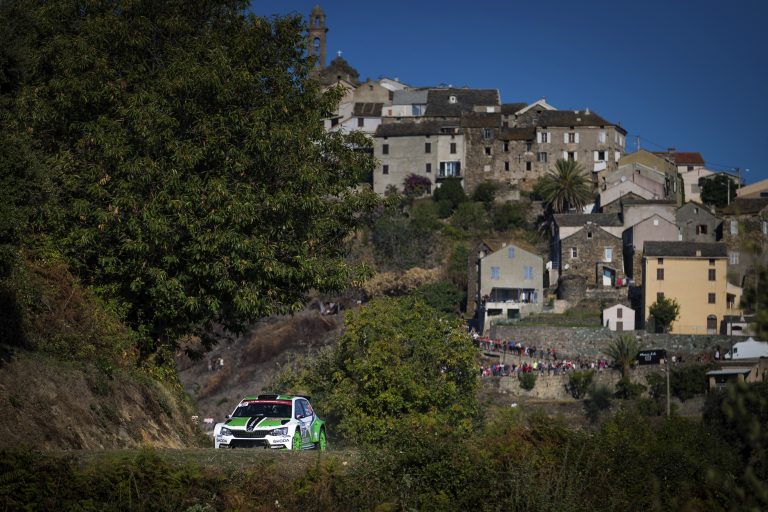 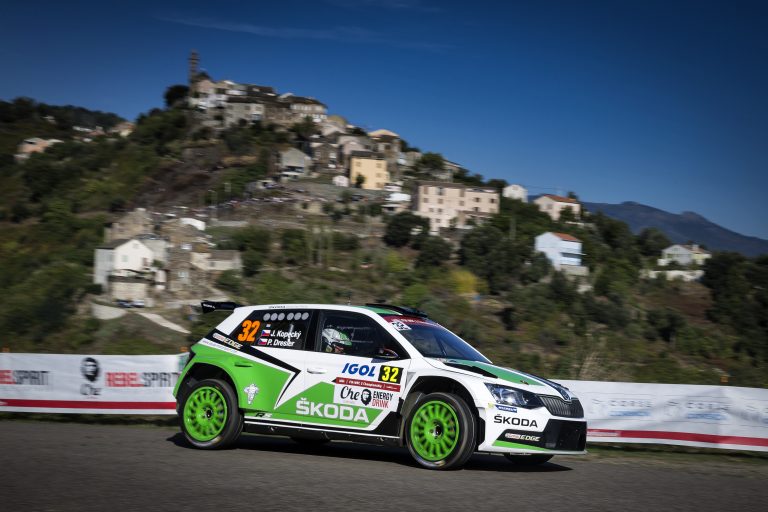 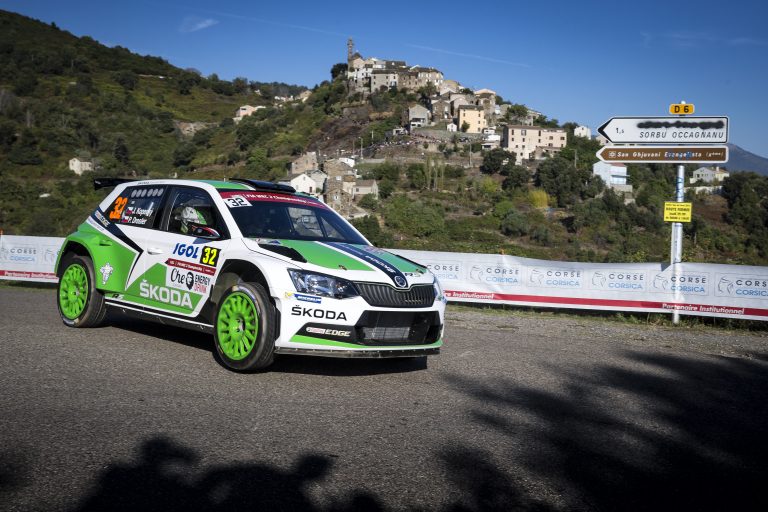 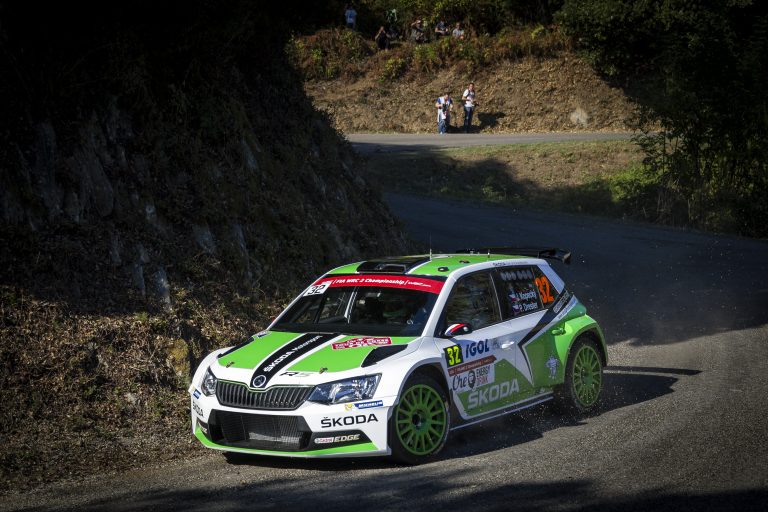 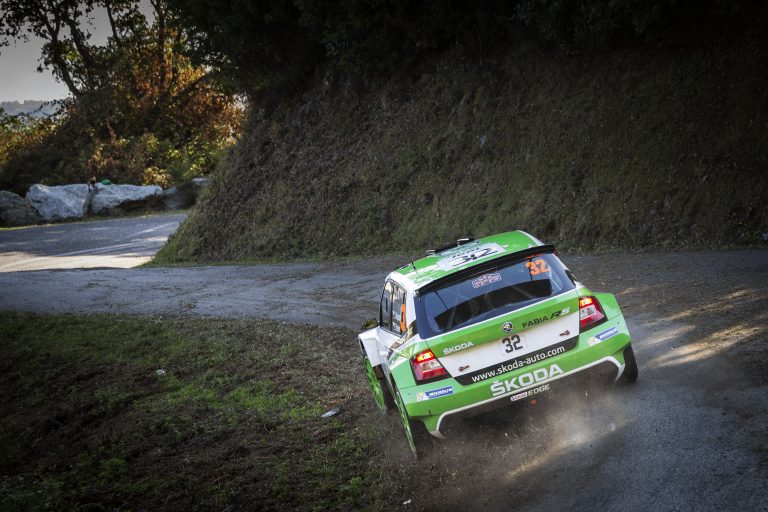 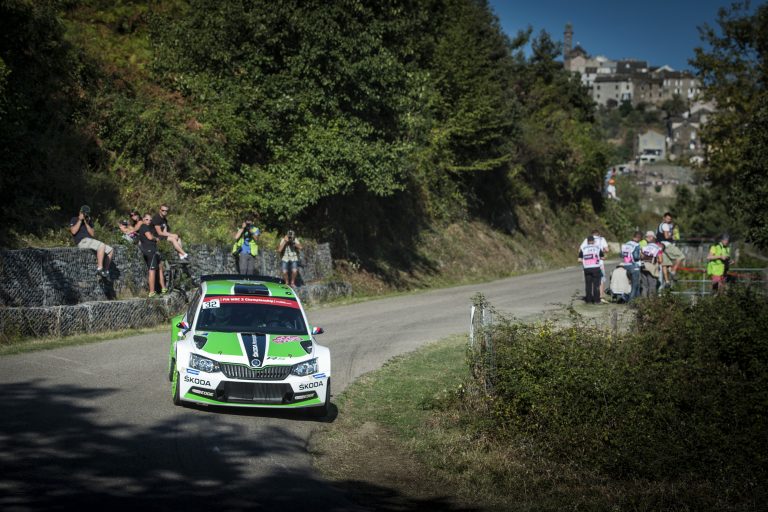 “I took a cautious approach to the rally and had problems with the tyres on the opening stage. I then found my rhythm better as the rally continued, and also found more grip after a slight change to the set-up,” said asphalt specialist Kopecký. The experienced works driver will be counting on the qualities of his ŠKODA FABIA R5 on the final six stages, which feature a full 233.24 kilometres against the clock: “There is still a long way to go at this rally, and I am looking forward to the battle with Evans.” Czech champion Kopecký has finished runner-up on each of his last two starts in WRC 2. His first win of the season is his main goal this time out.

With the sun shining for most of Friday at the “Rally of 10,000 Corners”, there was no time to feel one’s way into the race. From Corsica’s capital Ajaccio, the drivers launched straight into the opening stage, the 49.72-kilometre “Aqua Doria-Albitreccia 1” – a stern challenge for all the drivers. Ford driver Evans went flat-out from the word go. The current leader in the overall standings in WRC 2 was 17.9 seconds quicker than the more cautious Kopecký on stage one.

However, the experienced Czech then launched a fightback in the battle for the lead in WRC 2, winning the next two stages. Evans just had his nose in front again on the final stage of the day. The rest of the field was unable to match this pace and already finds itself over a minute back after the opening day. ŠKODA customer Julien Maurin (F), in the second FABIA R5 in the WRC 2 standings, is sixth at his home rally after day one of three on Corsica.

Jan Kopecký is optimistic ahead of the final two days of the rally. The drivers must once again master vicious winding routes between the high mountains and picturesque beaches of Corsica. This will not only demand outstanding performances from the drivers, but also the tyres and brakes. “You have to attack here, but must also keep a cool head. It’s all about finding the right mixture,” the Czech driver explained. This will apply all the more, should the feared showers materialise, which can transform the narrow roads into dangerous ice rinks.
Standings at the Rally France (WRC 2):

516.11 kilometres had to be mastered on day one of the Rally France on Corsica. Less than a third of this was against the clock: “Just” 157.68 kilometres. The remaining 358.43 kilometres were covered on the stretches between the four special stages and the service park in Bastia. During this time, the driving crews had four opportunities to refuel and two to change tyres. The mechanics at ŠKODA and the other teams were only allowed to work directly on the rally car in the evening, once the stages had been completed. Apart from this, there was no service all day. 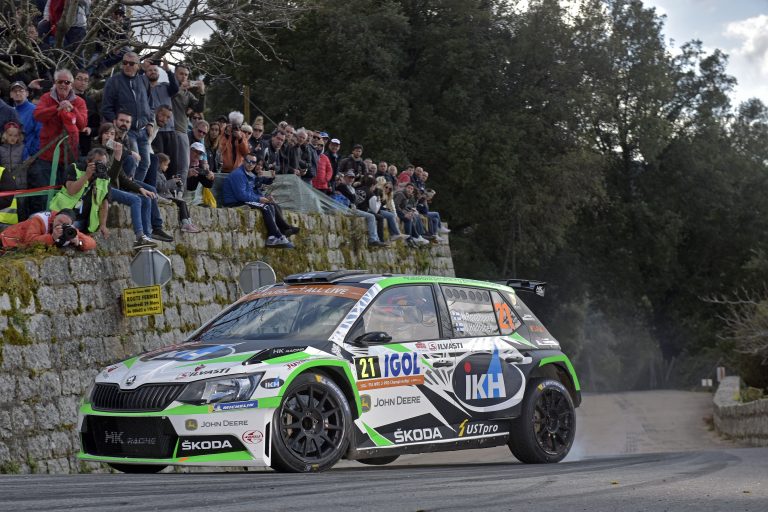 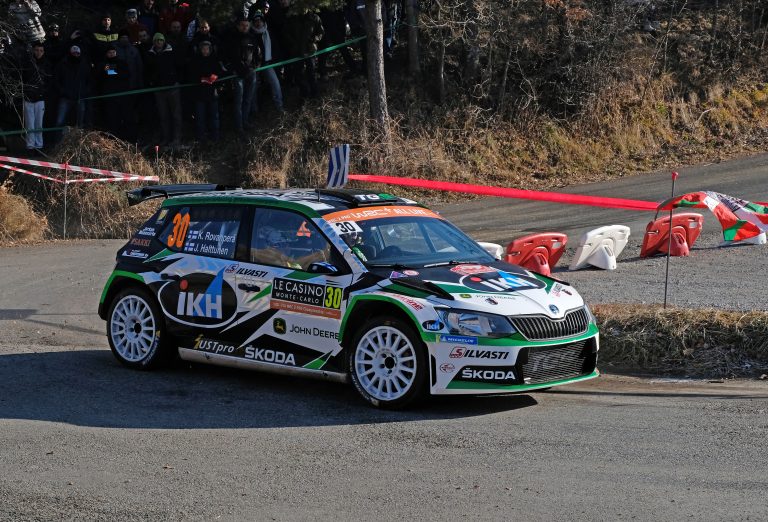 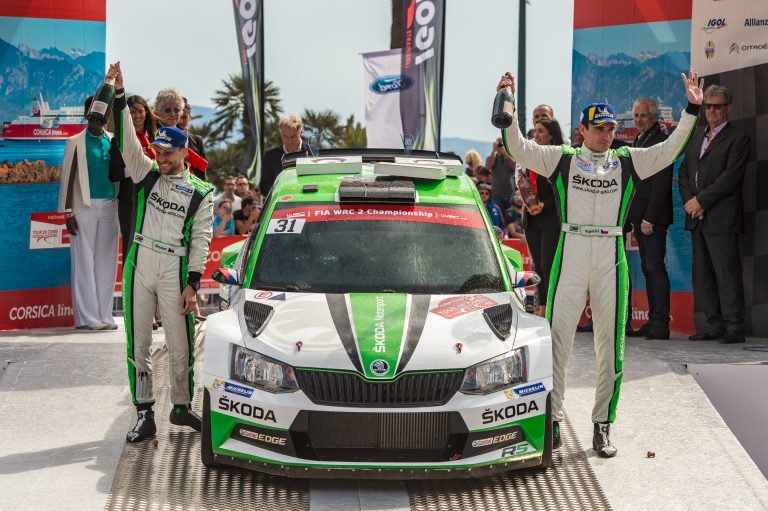 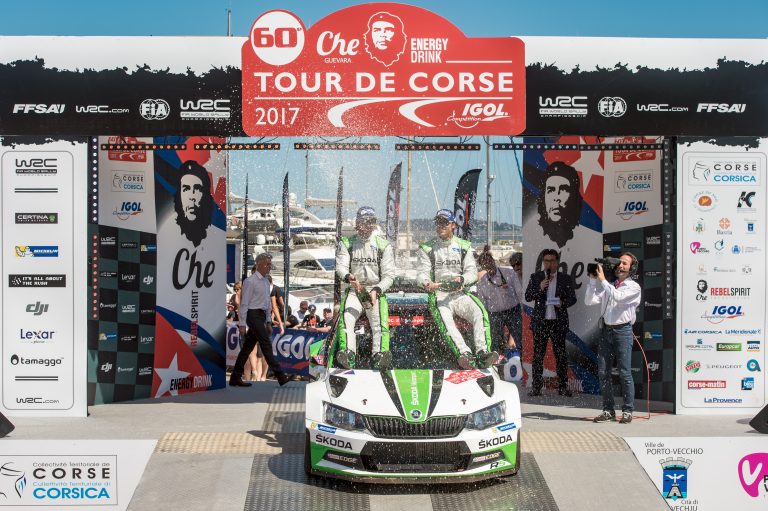 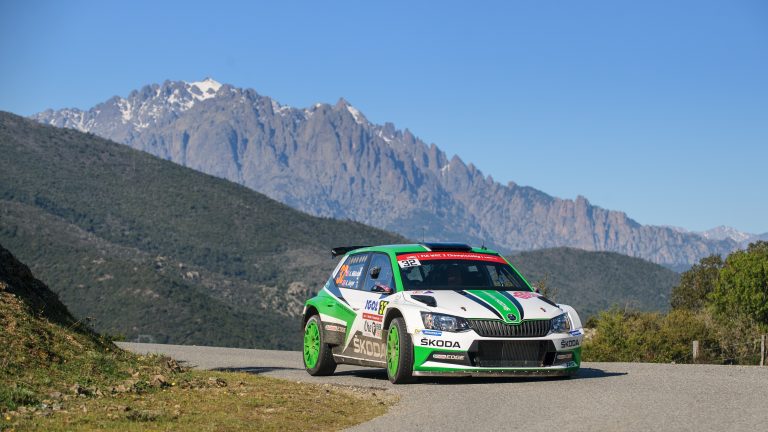 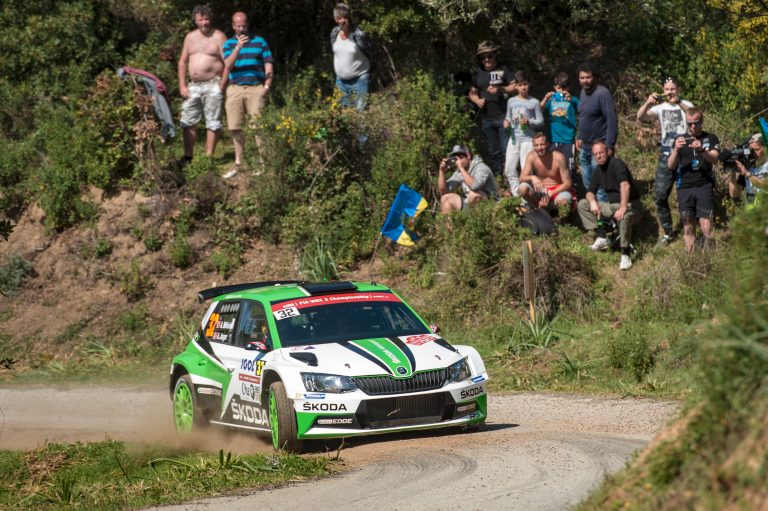 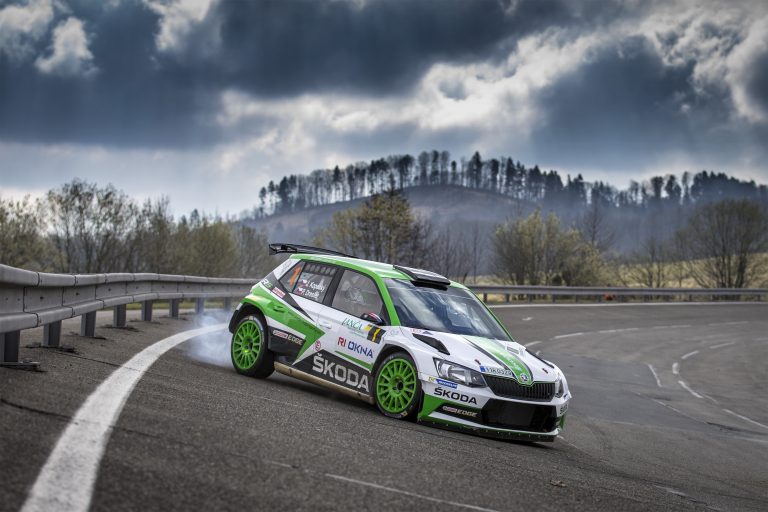 ŠKODA Motorsport faces the challenge of the 10.000 corners at the Tour de Corse