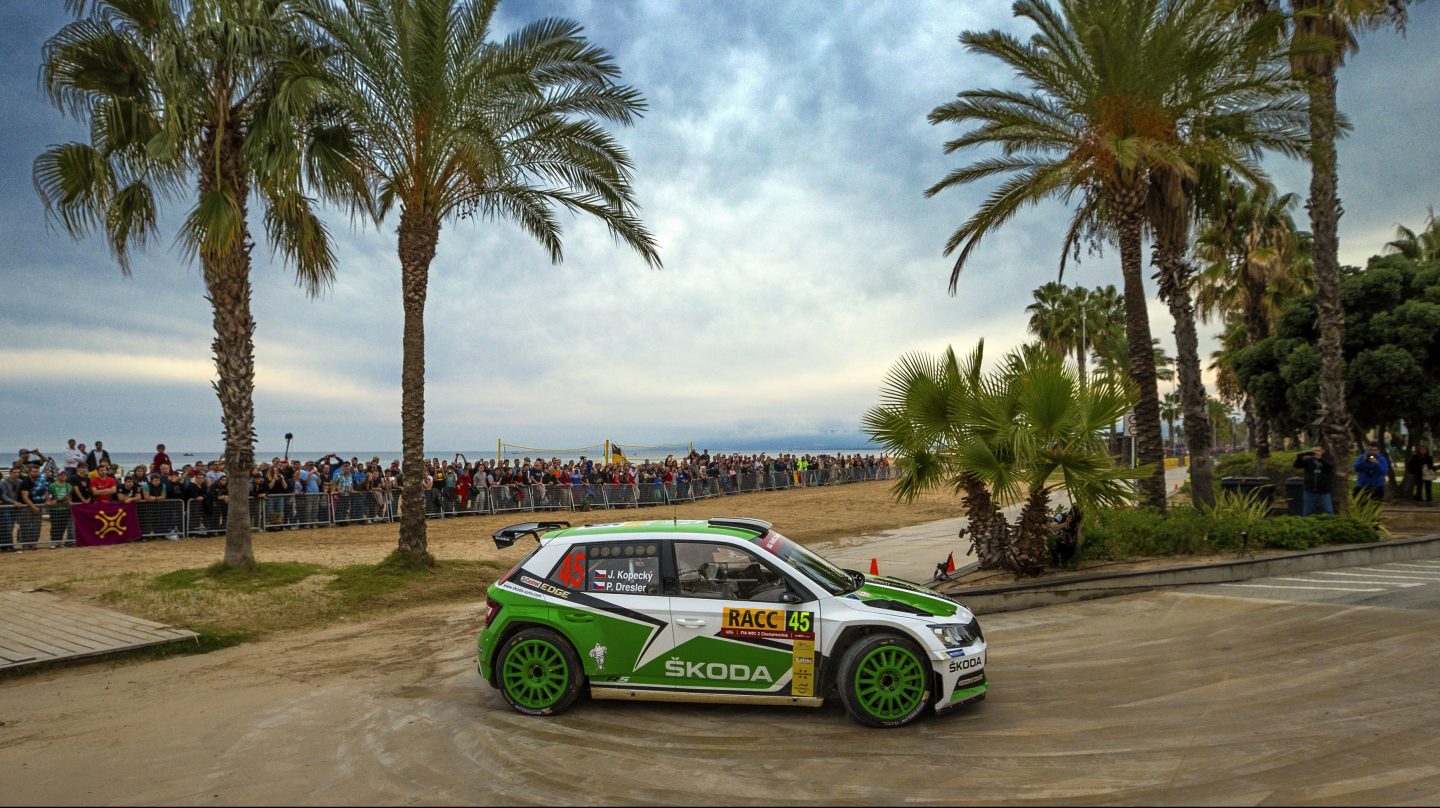 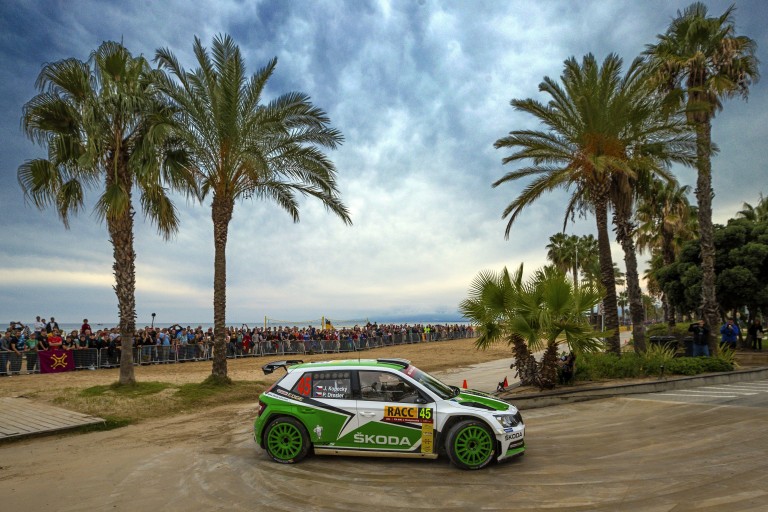 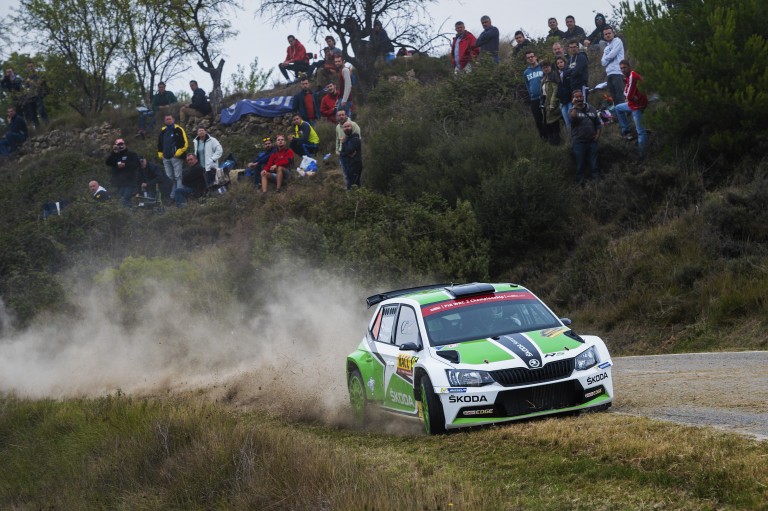 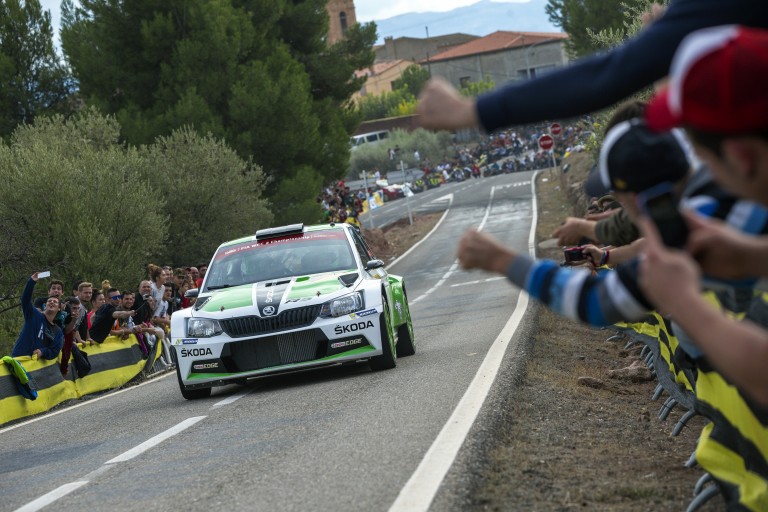 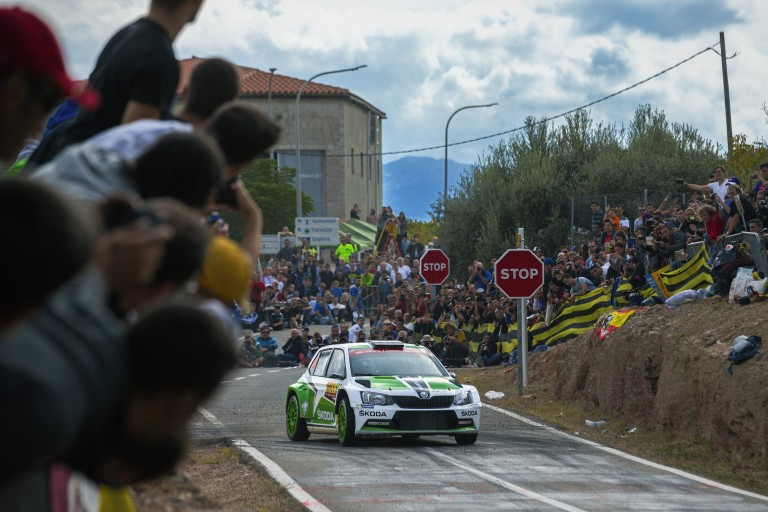 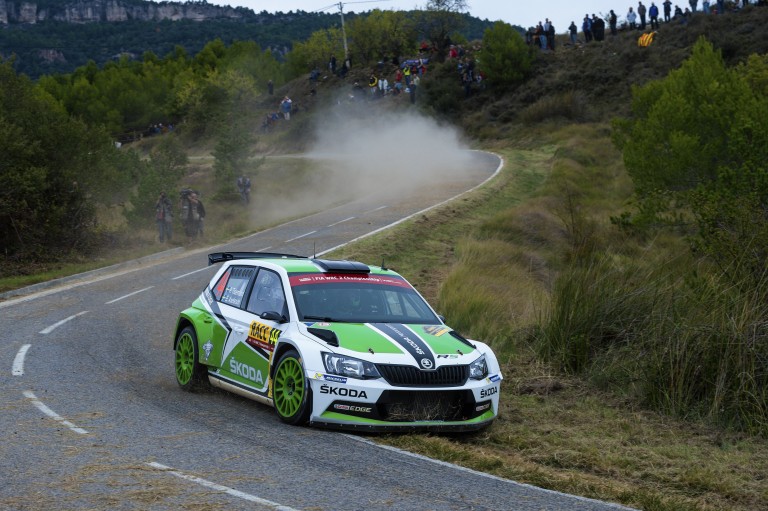 “Congratulations to Pontus and Emil on their first WRC 2 victory in the ŠKODA Fabia R5,” said ŠKODA Motorsport Director Michal Hrabánek. “We are also delighted with the second place for Jan and Pavel. We are happy that this debut season for the new Fabia R5 has proven it to be a worthy replacement for the extremely successful Fabia Super 2000. The ŠKODA Fabia R5 won 17 of the 22 special stages here in Spain, which clearly goes to show how good our car is on gravel as well as on asphalt.”

“What a rally! It’s my first WRC 2 win for ŠKODA and I could not be happier,” said Tidemand, who also won the FIA Asia-Pacific Rally Championship (APRC) for ŠKODA this season*. “When this rally started, my aim was simply to finish. I did not expect to be on top of the podium at all. However, our speed through the gravel stages on Friday was the key to our success. We tried to avoid taking unnecessary risks on the asphalt stages on Saturday and Sunday. This tactic paid off, even though Jan and Pavel made up some time on us. Thanks to everyone in the whole ŠKODA Motorsport team! I’m now looking forward to the APRC finale in China!”

Kopecký was also more than happy with the situation. “Before the rally, I was not sure whether we would be challenging for a podium finish,” said the Czech rally champion. “The ŠKODA Fabia R5 performed superbly on gravel as well as on asphalt, and the conversion to a race car set-up on Friday went very smoothly. The ŠKODA team can take the credit for that as their work was perfect. I am delighted to have played my part in a one-two for ŠKODA.”

The 51st Rally Spain was an enthralling spectacle, as all eight winners from the current WRC 2 season were battling it out. It featured 23 special stages and a total of 331.25 kilometres on asphalt and gravel – a first for the World Rally Championship – around the rally centre at Salou on the Costa Daurada. However, the final special stage in the WRC 2 class was not completed, due to an accident involving the VW duo Sébastien Ogier/Julien Ingrassia (F/F).

Tidemand was able to open up a commanding lead during Friday’s gravel stages. Second and third places were occupied at the end of day one by Kopecký, racing for the ŠKODA Motorsport II team in Spain, and the third ŠKODA works duo of Esapekka Lappi/Janne Ferm (FIN/FIN). However, an accident on the eleventh special stage meant that Lappi, European champion in 2014, took no further part in the race and had to abandon his hopes of victory in the WRC 2 Drivers’ Championship.

The WRC 2 drivers’ title was therefore clinched in Spain by Nasser Al-Attiyah (Q)*, who finished just ahead of Armin Kremer (D) in a fascinating battle for third place at the Rally Spain. The time difference between these two experienced drivers, who were both at the wheel of a Fabia R5 from the ŠKODA customer racing programme, was just 0.1 seconds.

Tidemand and Axelsson do not have much time to celebrate their victory. Directly after the Rally Spain, the Swedes are making the 10,000-kilometre journey to China for the finale of the APRC season on Friday. Even before the final race takes place, ŠKODA has been confirmed as champion in the overall APRC standings for the fourth consecutive year. The climax to the season in China will feature a special highlight: Tidemand/Axelsson will present the new ŠKODA Fabia R5 for the first time in the Middle Kingdom.

In its first season, the SKODA Fabia R5 has been a guarantee of success. Seven starts in the FIA World Rally Championship (WRC 2) have produced eleven podium finishes and four victories. In addition to this, the ŠKODA Fabia R5 has won four national titles. Jan Kopecký recorded five straight wins to claim the Czech championship. In Austria, the experience of Raimund Baumschlager (A) combined with the Fabia R5 to secure the national title. Norbert Herczig (H) became national rally champion in Hungary at the wheel of a Fabia R5. “Fast” Freddy Loix (B) also triumphed in his home championship in Belgium.

* subject to confirmation by FIA.

Number for the Rally Spain: 17

The Rally Spain is the only World Rally Championship race to take place on a mixture of asphalt and gravel stages. The first part on Friday started on gravel, with a small section of asphalt. On Friday evening, the cars were modified to prepare for two days of rallying on asphalt. The ŠKODA Fabia R5 once again proved its WRC 2 championship credentials under these challenging conditions. All eight gravel stages were won by ŠKODA works drivers, and the ŠKODA drivers also recorded nine further fastest times on asphalt. This resulted in a ŠKODA Fabia R5 winning 17 of the 22 special stages in Spain (Tidemand seven, Kopecký six, Lappi two, Al-Attiyah two).