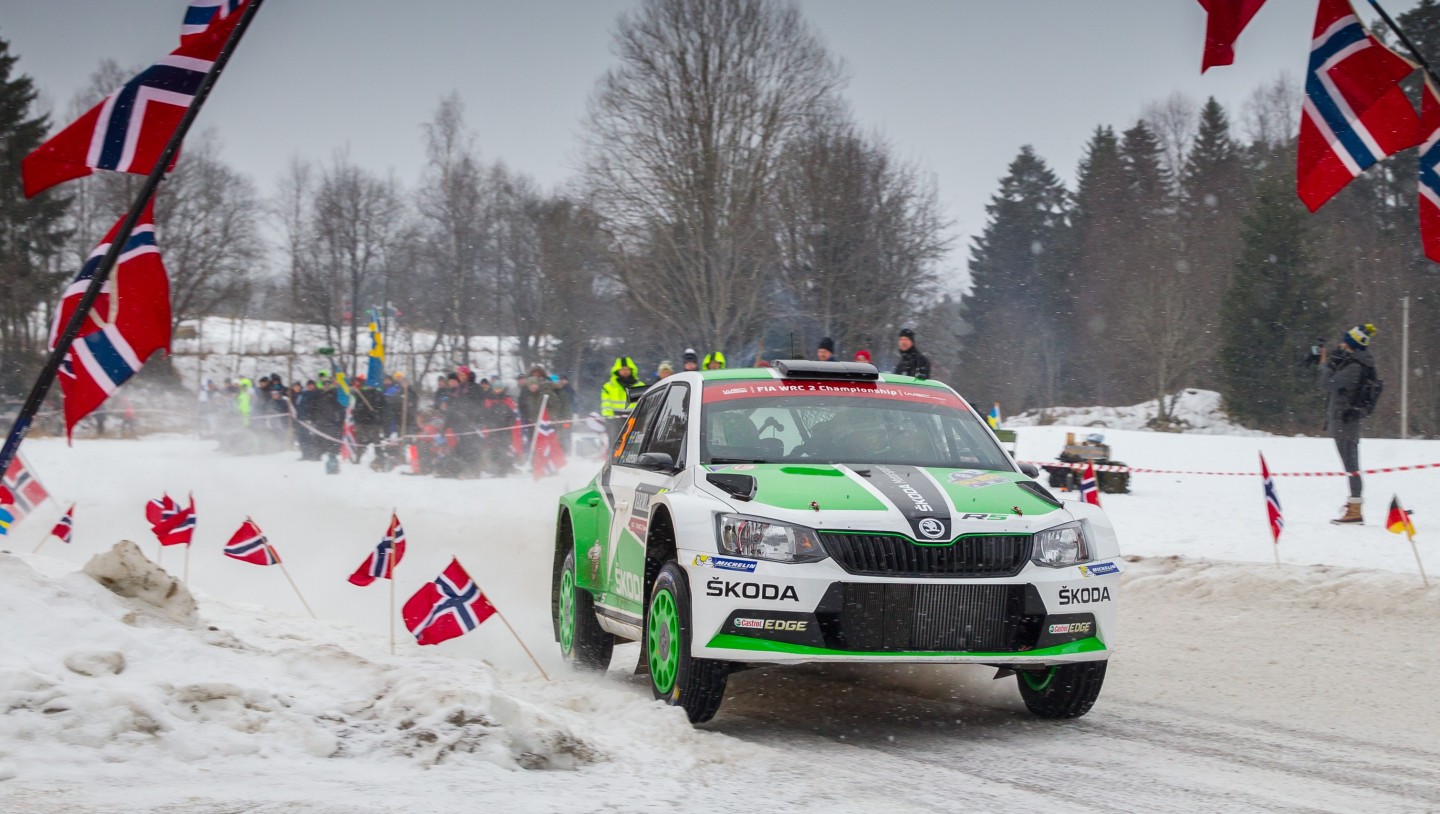 ​› ŠKODA works driver Pontus Tidemand (S) is in fourth place at the Rally Sweden after the first of three days
› After a driving error, Esapekka Lappi (FIN) is ready to go on the chase at the weekend
› Unpredictable conditions: After the thaw at the beginning of the week, Friday saw snowfall in temperatures below zero

​Karlstad, 12 February 2016 – ŠKODA Motorsport’s ambitious expectations were stifled on day one at the Rally Sweden. After the first six special stages of the second event of the FIA World Rally Championship (WRC 2), ŠKODA works driver Pontus Tidemand (S) is within reach of the leading pack in the WRC 2 classification. However, a technical issue on the fourth stage of the day saw Tidemand temporarily lose more than 50 seconds to the top, but he fought his way back into the top five during the course of the afternoon. A driving error on the fifth special stage resulted in team-mate Esapekka Lappi (FIN), who had only just shone with a stage best time, drop down the field by almost two minutes. 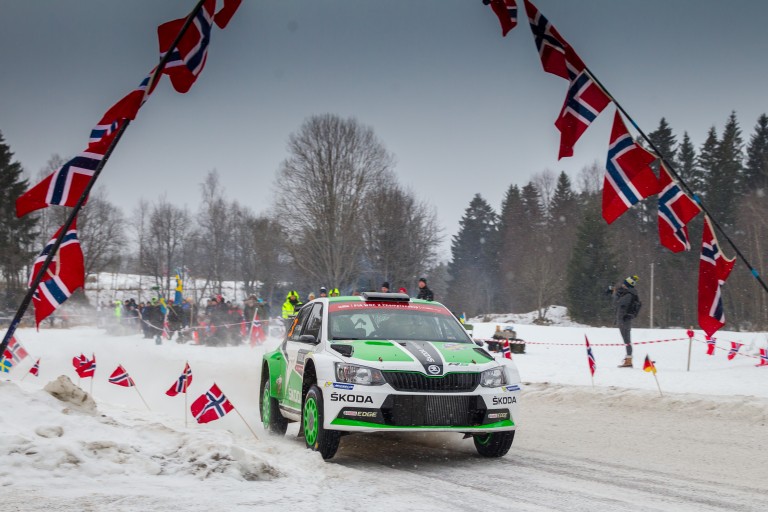 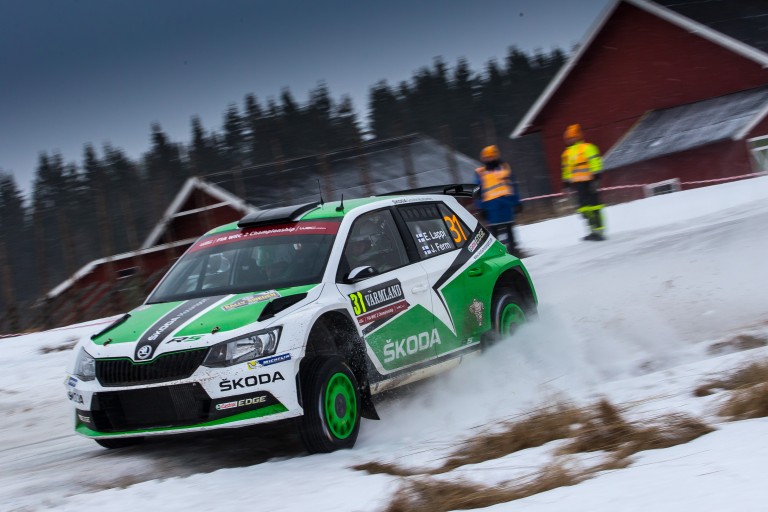 After the second event of the FIA World Rally Championship (WRC 2) got off to a ceremonial start in front of thousands of fans at the equestrian stadium in Karlstad on Thursday evening, the first six of the now 13 special stages were scheduled for Friday. The special stage that had been planned for Thursday evening, as well as Friday’s two passes of the Kirkenær stage were cancelled at the beginning of the week. This was due to the thawing last weekend that resulted in soft, muddy rally tracks in many places in the west of Sweden. Fortunately, the temperatures in the province of Värmland dropped back down to below zero on Friday, accompanied by snowfall to the north of the rally base in Karlstad, meaning that the Rally Sweden once again more than lived up to its reputation as the only real winter rally on the WRC calendar.

“There’s no doubt that the first day at my home rally was far from perfect, but we are still in with a chance of finishing on the podium,” said Tidemand. “The difficult conditions were the same for everyone, that is not the issue. But a problem with the drive shaft set me back temporarily. Fortunately, my co-driver Jonas Andersson and I completed an excellent mechanics training course at ŠKODA Motorsport, which is why we were able to repair the damage on the liaison stage and continue with the rally. MacGyver couldn’t have done a better job. I’m looking forward to the coming days and hope to make it onto the winner’s podium for my fans.”

However, after losing time on Friday, team-mate Lappi will have to prepare himself to catch up on Saturday if he wants to get back among the leaders. “On the first stage we lost time behind a slow Mitsubishi driver,” said Lappi. “Thankfully the organisers reacted quickly after that and let us start with a greater gap on the following stages. That helped and I had a good rhythm, as the best time on the fourth stage showed. Unfortunately, I span later on and got stuck in the ditch. Thank you to the many fans who helped us out there. But it still cost a lot of time. Naturally I am disappointed by this, but we are still in the rally and tomorrow is another day.”

92.25 kilometres of special stages are scheduled for Saturday, including two of the major highlights that the WRC has in store for fans: the legendary jump at Colin’s Crest on the Vargåsen stage, and the popular spectator stage in the Karlstad equestrian stadium. The teams cross the finish line on Sunday after a further two stages, covering a total of 30.87 kilometres.

This year sees ŠKODA Motorsport celebrate its return to the Rally Sweden after 11 years. And not without reason: The ŠKODA brand is enjoying ever-increasing popularity in Sweden. The Czech car manufacturer sold 15,100 new vehicles in the kingdom in 2015, which equals an increase of 10.9 percent compared with the previous year.

Rally Sweden: Tidemand on course to finish on the podium for ŠKODA at his home rally